Accusations that a pastor did not cooperate with police during a 2005 sex abuse case are bringing into question his appointment as a trustee at a Baptist university supported by the Missouri Baptist Convention (MBC).

At issue is whether pastor Mike Roy, a trustee of Southwest Baptist University (SBU) in Bolivar, Mo., appropriately responded when then-music minister Shawn Davies was accused and later convicted of sexually abusing and sodomizing boys at First Baptist Church of Greenwood, Mo.

Both the MBC, whose Nominating Committee appointed Roy a trustee in October 2019, and SBU are investigating the accusations by the sex abuse victims’ advocacy group For Such a Time as This. For Such a Time as This cites news reports from more than a decade ago reporting that police accused Roy of not cooperating with the investigation. The advocacy group says the MBC and SBU did not adequately vet Roy before appointing him a trustee.

Roy, currently a bivocational senior pastor at Pathway Church in Raymore, Mo., told Baptist Press (BP) he cooperated with police at the time.

“I did cooperate with the police in whatever they asked for,” Roy told BP Feb. 26. “There were times when they were wanting to talk to me about the case and situation, and then I got stuck in a tug-of-war between the church insurance lawyer and the local police as to … my statement concerning that offender and the situation.”

The SBU Board of Trustees responded to the accusations, announced its intention as early as Feb. 21 to investigate the claims, and clarified that SBU trustees are appointed by the MBC, not the university.

“SBU was not involved in this year’s nomination process,” SBU President Eric Turner told BP in a written statement, “and we received no background information on the nominees.”

The MBC is still considering its next step, a representative told BP Wednesday on behalf of MBC.

“We continue to work through our processes to gain additional information and insight. We caution against doing damage to Christ’s reputation by engaging in public speculation, rushing to judgment, or manipulating selected details to advance an agenda,” Rob Phillips, MBC director of ministry support and apologetics, said. “We plan to continue honoring the process Missouri Baptists have given us for dealing with conflicts involving our institutions and their duly-elected boards. This includes talking candidly and graciously with all parties involved, and working with the MBC’s Executive Board, SBU’s Board, SBU leaders, and Dr. Roy to arrive at a resolution that honors the Lord and preserves the integrity of our cooperative work.”

Roy described the Greenwood Police Department, which according to its website has about 10 officers, as a small-town force that had never encountered a sex abuse case of that magnitude, but a department which he “believes in” and has supported in the interest of justice.

“And so out of that [their size and experience], they spoke to say that I was not cooperating,” Roy told BP, “but I do not believe that that is true, when people say I did not cooperate with authorities or law enforcement in that situation.”

James Freeman, one of three attorneys who advised Roy during the 2005 case, told BP Roy fully cooperated with police in the investigation.

“When the very first allegations or any information came to Mike, or Dr. Roy, he contacted me and spoke with at least two other attorneys, as well as a seminary professor, as well as another local pastor, and said, ‘This allegation’s been made, what do I do?’ and he followed their advice the entire way,” Freeman said.

Freeman said the attorney for the church’s insurance company became the lead attorney in the case and was the main spokesperson in dealing with police.

“My opinion is the church handled it the way it should have been handled, with the knowledge the church had in 2005 and what the standard of operation was in 2005,” Freeman told BP. “In 2020, could the church do it differently? And the answer is yes, but we all know additional information about child abuse that we did not know or pastors … did not know in 2005.”

Roy stressed to BP that he would never condone or conceal sexual abuse.

“I would never ever tolerate someone known to be a child molester around people, around a church, around youth or kids,” Roy told BP. “We were manipulated and shocked and surprised that our former music minister had that secret, sinful immoral life going. It was very difficult and then with the police unfortunately saying what they said, that was inaccurate and unfair.”

Roy expressed grief for the victims.

“My heart has grieved for those that were victimized by that former music minister at the church I pastored in Greenwood, Mo. I’ve really grieved for them and felt really bad for what happened to them, and I want to express that there weren’t the news stories and the resources back in 2003-2005 when he was employed with us, that there are now,” he said. “I did not have the training or the knowledge then that I have now. We had policies and we required background check, and reference check and we wanted a safe church and we had policies for protecting children.

“He was crafty and sneaky with those young men,” Roy said. 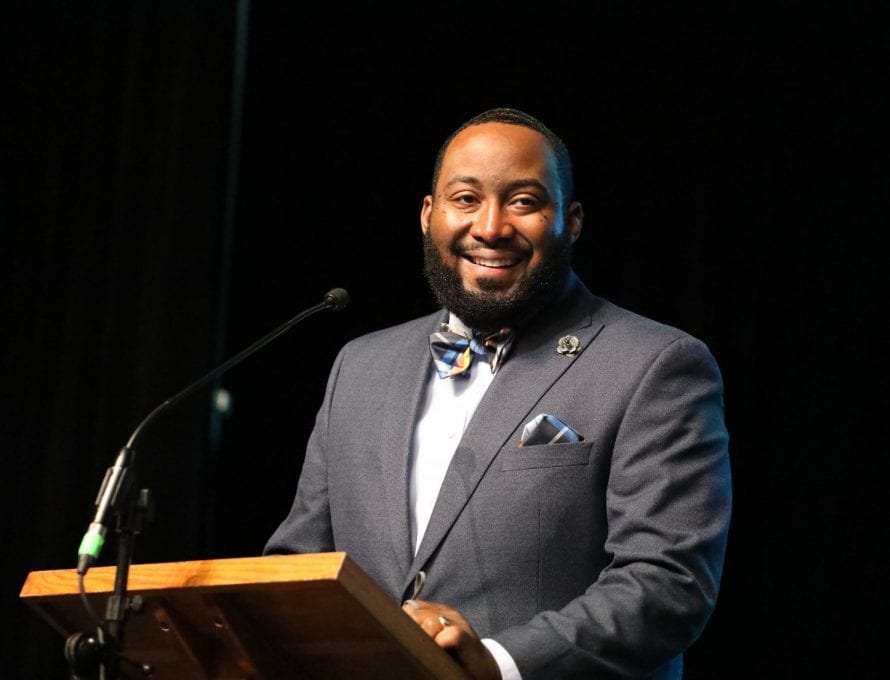 By Ben Hawkins, The Pathway