Auctions, mailboxes and a 37-lb catfish inspire ways to raise funds for Lottie

Missions in any form has been a huge part of the ministry at High Street Baptist Church. Whether it’s delivering meals in the community or building a personal relationship with missionaries overseas, High Street has prioritized the gospel’s spread throughout the world.

But carrying out those efforts requires funding. In supporting the Lottie Moon Christmas Offering, High Street joins numerous Southern Baptist churches using creative ways to educate others about the annual offering where 100% of proceeds is forwarded to international missions.

Missionaries speak both in person and via Zoom at the event that includes hors d’oeuvres and a silent auction. This year Charlie and Shannon Worthy, IMB missionaries to Italy, shared about their work in that country as well as organizing mission teams throughout Europe.

“They were featured in the Concrete and Cranes VBS materials, and that’s how our church became familiar with them,” Amundson said. “We’re very heavily invested in missions.”

Auctions are one popular way for churches to inform about the Lottie Moon offering while gathering financial support. For a few hours, at least, “Do I hear?” becomes a more Christmas-related phrase than “Do you hear what I hear?”

Graefenburg Baptist Church in Waddy, Ky., has held one for the past 35 years where participants bid on donated and homemade items as well as baked goods. Most recently, those bids garnered $12,153.01 in one night.

That amount will go toward the church’s goal of $35,000 for the offering. Those amounts are even more remarkable considering that Graefenburg averages 250 in attendance each Sunday.

A single phrase motivates church members to pay $100 for a single Rice Krispy treat and $300 for a painting of the nativity scene by Pastor Philip Meade’s 13-year-old daughter, Callie Grace.

“‘It’s for Lottie,’” Meade said. “Our auctioneers repeat that throughout the night. Our church has a long history of being focused on the Great Commission and they love sharing the gospel.”

The evening starts with a chili cook-off where voting is determined by donations. This year that garnered $400 before the auction even started.

First Baptist in Lyons, Ga., held its annual auction Dec 8. In the past, Pastor Dannie Williams has built an octagon picnic table that went for as much as $3,500. This year he is contributing several handmade charcuterie boards.

The item with the best backstory, though, may be the first one to go up for bidding. A few days ago, church members Bill Benton and Larry Brantley were fishing when Benton’s Zebco 33Max rod and reel hit something big. Fifteen minutes later and using only a 20-pound line, Benton literally half-nelsoned a 37-pound catfish out of the Altamaha River.

Brantley declared on the spot that the same model rod and reel needed to be in the church auction, and commenced straight to Walmart to purchase one.

Williams expects approximately 200 to attend the event. “It’s a time to celebrate what God is doing while celebrating how we’re all participating in helping share the gospel,” he said.

Mississippi Avenue Baptist Church (MABC) in Aurora, Colo., encourages members to send their Christmas cards through the in-church “post office” where postage is a 25-cent donation to the offering goal of $10,000.

MABC has given in the past, but this is the first year in a long time that a goal has been set, said pastor Mark Spence.

“People are excited to drop off and pick up their cards,” he said. “I’m encouraged about meeting our goal since in August we set out to raise $10,000 for Afghan refugees through Send Relief. We ended up raising $15,000 for it.

“In addition, we’ve been taking advantage of the great resources through the IMB such as videos, pictures and other materials. One family on the mission field sent us a direct video explaining their work.”

“We encourage them to calculate the postage savings and give them to Lottie,” he wrote on Twitter.

In order to raise awareness of and thereby more support for the Lottie Moon offering, pastor David Nowell of Orchard Farm Baptist Church in St. Charles, Mo., arranged “Christmas Around the World.” The event was hosted at the offices of the St. Louis Metro Baptist Association Dec. 5 and brought four sets of missionaries via Zoom or recorded address to explain their work as well as answer questions.

Orchard Farm nearly closed last year and at one point had only $700 in the bank, Nowell told Baptist Press. A rebound is underway, but a focus on missions is important to continue the comeback. The missionaries’ stories reminded them of the wins and losses that come in ministry.

“We learned about their struggles as well as their accomplishments,” he said. “This will be an ongoing venture. We’re hoping other churches will get more involved with our missionaries.” 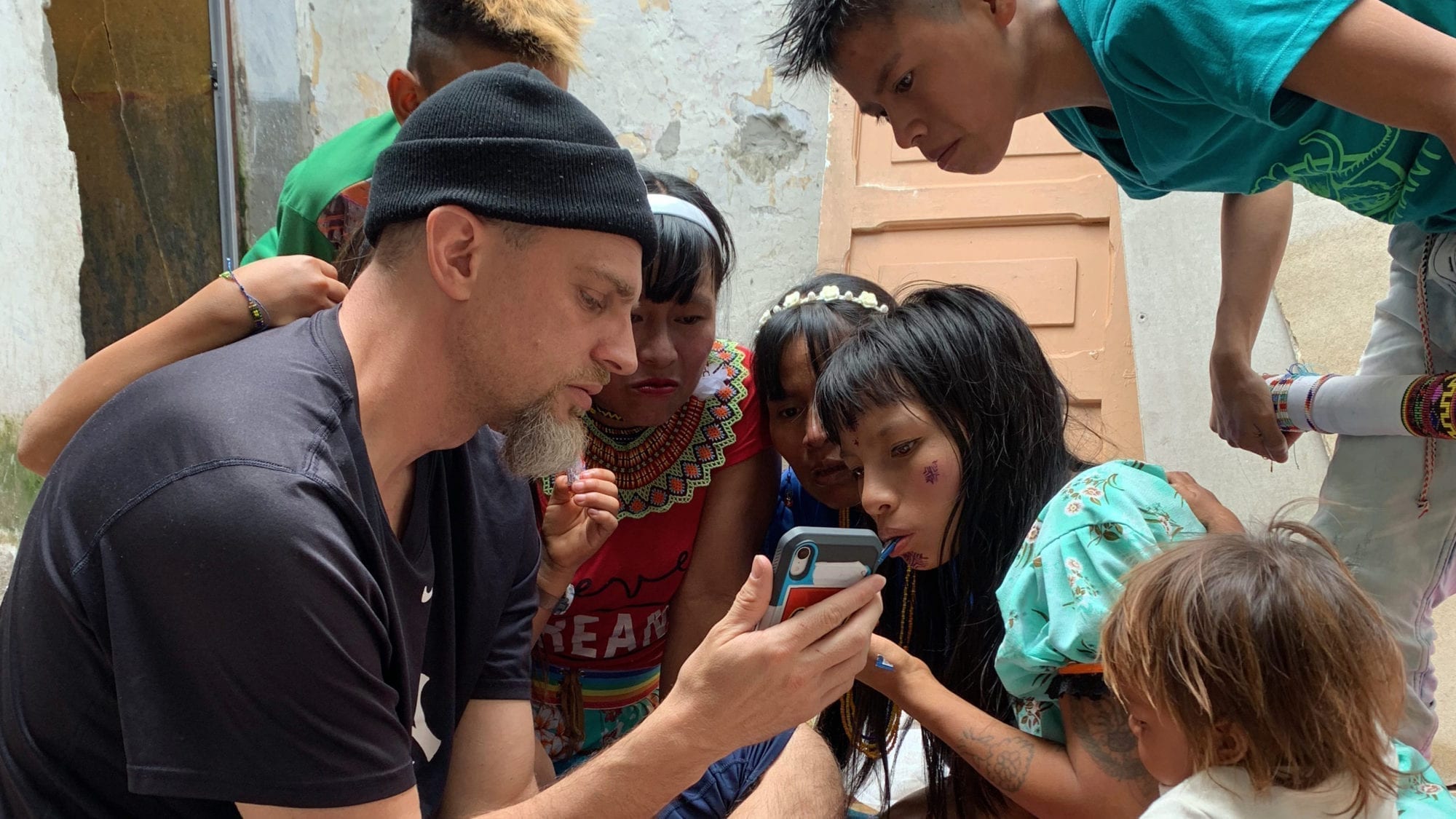 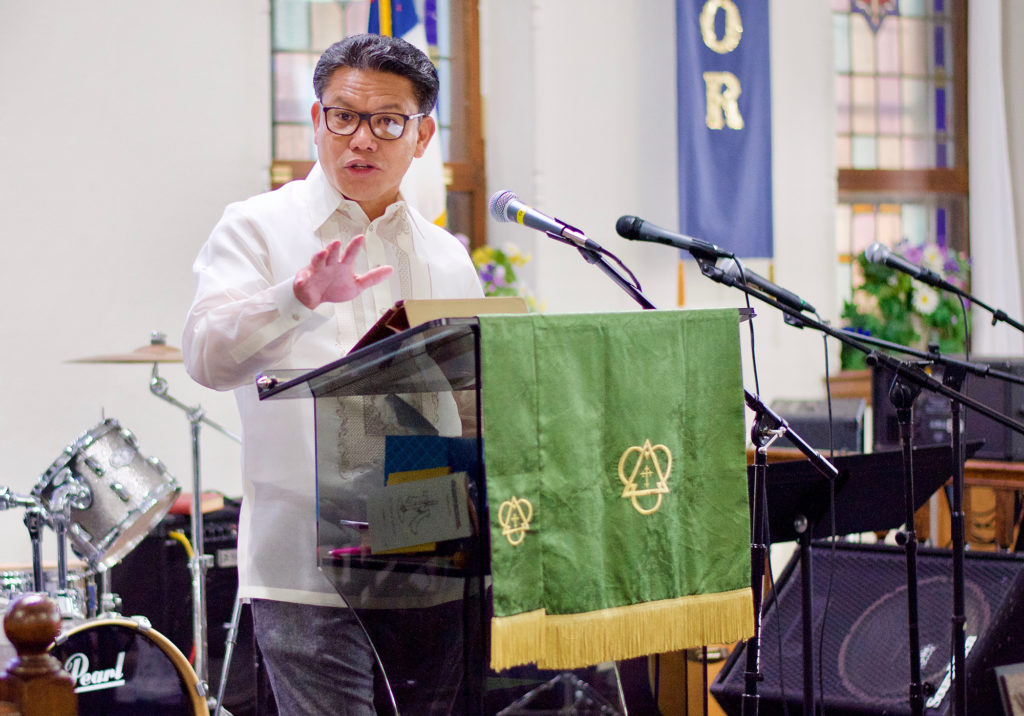