La Unión Femenil Bautista Misionera Helen Stuart donated $1,180.88 to the 2020 Lottie Moon Christmas Offering (LMCO). The group is a part of the Baptist Convention of Panama’s Woman’s Missionary Union (WMU) and has faithfully donated to the International Mission Board (IMB) for many years.

“This gift, and the many years of sacrificial giving to the IMB from our brothers and sisters in Panama, is yet another example of the deep appreciation of those who have heard the gospel because of the obedience of Southern Baptists to the Great Commission,” Chitwood said. “All over the world there are believers and churches who love the SBC for the same reason.”

IMB missionary Tim Louderback said the IMB and Panamanian Baptists are close coworkers in the task of fulfilling the Great Commission.

“There’s never a time that the Baptist Convention of Panama is not speaking into the strategy and vice versa: ‘Where can we take the gospel next? Where is there a community with no evangelical work going on that we can have an outreach, where we can have English as a second language classes going on to get to know people and be relational and share Jesus with them one-on-one?’” Louderback said.

Tim and his wife Tina serve in Panama. Tim, like his IMB predecessors, has a seat on the board at the annual Baptist Convention of Panama. Delegates from churches throughout the country travel every year to meet in a similar fashion to the Southern Baptist Convention (SBC) annual meeting.

Louderback recalled shadowing his predecessor during the first convention he attended 11 years ago. He heard Lottie Moon mentioned during one of the meetings. He learned Panamanian Baptists have been giving to the Lottie Moon offering for many years.

With U.S. backing, Panama gained independence from Colombia in 1903. Not long after, Panama signed a treaty with the U.S. to build the Panama Canal. The canal opened in 1914, and the U.S. operated the canal until 1999.

In 1905, two years after Panama’s independence from Colombia, the Home Mission Board (now North American Mission Board) became involved in ministry in Panama and appointed missionaries to the Canal Zone, an area of land along the Panama Canal that was under U.S. control from 1903 to 1979. Mission work in Panama, since it began in a U.S. territory, came under the purview of the Home Mission Board (HMB). 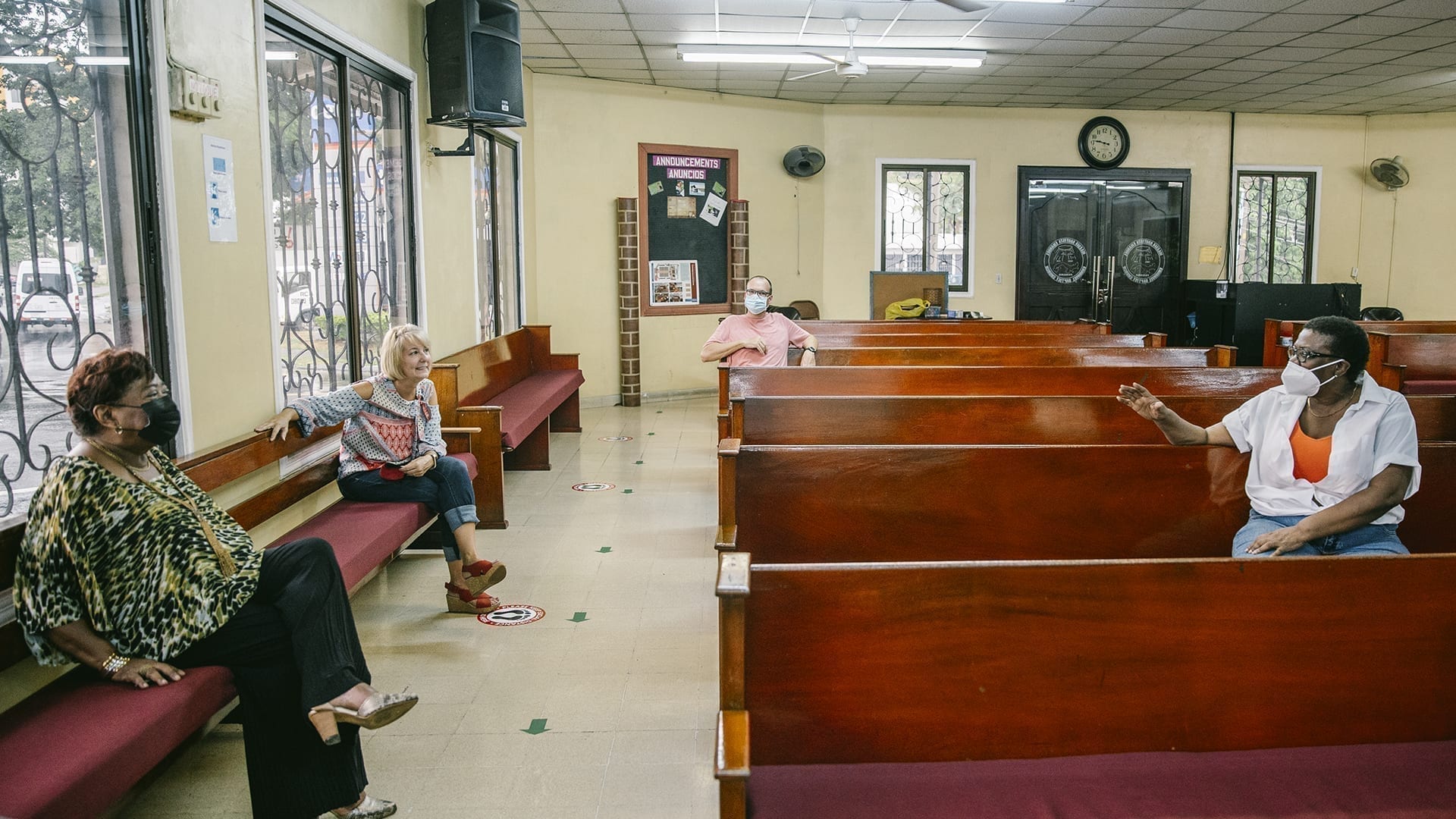 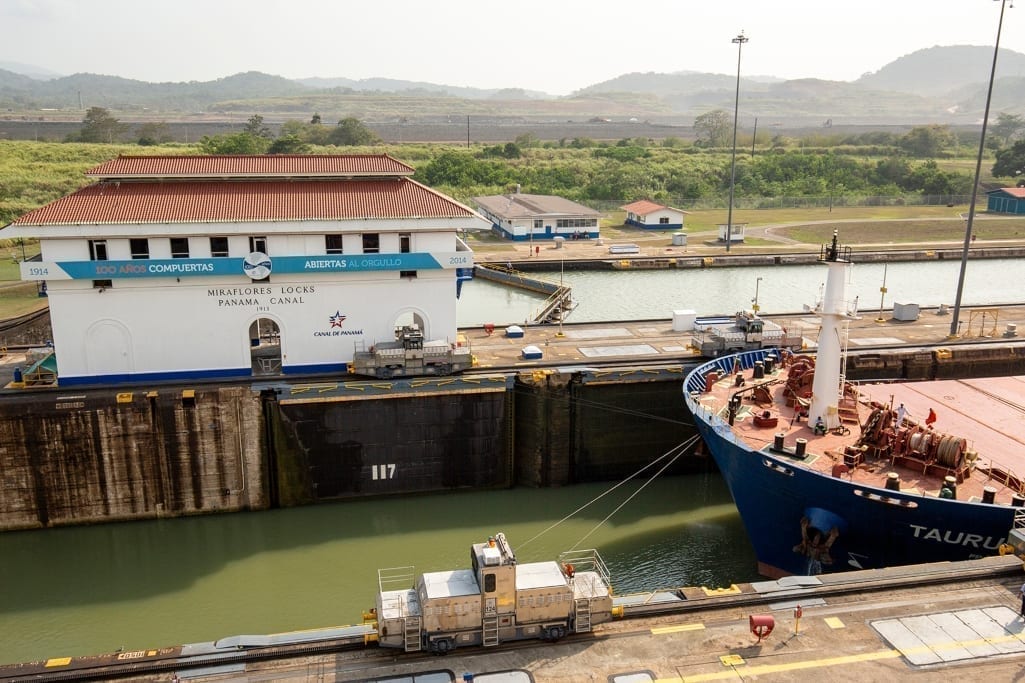 Contributed photo
A ship passes through the Miraflores Locks in the Panama Canal in Panama City, Panama.

HMB work in Panama was almost exclusively focused on workers and U.S. citizens in the Canal Zone. It wasn’t until missionary Paul Bells arrived in 1941 that ministry began among Spanish speakers. Ministry among Indigenous populations began in 1954. International Baptist pastors led most of the churches in Panama until a Baptist seminary opened in 1955 to develop and train local leaders. The Baptist Convention of Panama was founded in 1959.

In 1960, Helen Stuart was elected by the HMB to serve as the WMU field worker for Panama and the Canal Zone.

Omar Peñaloza, president of the Baptist Convention of Panama, shared historical background and a report written about Stuart’s ministry in Panama.

“It’s a joy to talk about our history and what God has done in our country,” Peñaloza said.

Peñaloza said Stuart was the first director of the WMU of Panama. A report made by Panamanian Baptists in 1961 spoke to Stuart’s influence.

“This April was for the Panamanian women’s work a new dawn with the arrival of Miss Helen Stuart as a Field Worker, the absence of a leader in this aspect was felt,” the report read.

Her arrival was a blessing and answer to prayer.

“Who does not know Miss Stuart? Who does not admire her goodness, her great sense of work? Who does not appreciate her patience and her love for the sisters? Her authorized voice in the direction and in the teaching has put in each one of us positive methods of a better work and of a great missionary spirit,” the report continued.

Stuart served in Panama for 25 years. Her support came through the HMB until mission work in Panama moved to the Foreign Mission Board (now IMB) in 1975.

In 1976, in honor of Stuart’s service with the WMU of Panama, the organization was named La Unión Femenil Bautista Misionera Helen Stuart. Donations to LMCO made by the convention are made through this group.

The WMU in Panama promotes the offering in churches and presents a report of donations made at the annual Baptist convention.

Peñaloza said it’s his understanding that Panama Baptists have given to the LMCO since the convention’s founding in 1959.

Sandy Wisdom-Martin, executive director-treasurer of National WMU in the U.S., celebrated the generosity of Baptist women in Panama.

“What an incredible blessing it is to unite with Baptist sisters around the globe for the sake of the gospel,” Wisdom-Martin said. “We are especially grateful to members of La Union Femenil Misionera Helen Stuart in Panama for their generous and sacrificial gifts to the Lottie Moon Christmas Offering. Missions discipleship seeds planted decades ago by faithful stewards are still bearing fruit. May His name be praised among the nations.”