“Today, our church received hundreds of these Acer Google Chromebooks that are being given to students in Chicago who are doing school remotely, some of them even on a cellphone,” Dates said Oct. 22. “Our friend, Chicago Bears quarterback Nick Foles, has helped us once again meet a real need so that we can introduce people to the personal work of Jesus Christ.

“And when we give these to students who are in need, here will be our message, ‘Only Jesus,’” Dates said, referencing the work of Jesus among the less fortunate. “Thank you Nick.”

Chicago Public Schools (CPS), with enrollment of more than 340,000 students, will begin the second quarter of the current school year Nov. 9, with remote learning, the district has announced. The CPS hopes to phase in onsite learning for students who are not served well under any form of remote learning.

Foles, an evangelical Christian who runs the philanthropic The Foles Believe Foundation with his wife Tori, launched a program in September to serve low-income communities during the COVID-19 pandemic in cooperation with The Chicago Partnership for Church Planting (TCP). Dates is a board member of TCP, a group of six churches representing multiple denominations and ethnicities.

In cooperation with TCP outreach Chicago Delivers and using Progressive’s parking lot, the Foles foundation has distributed more than 3,500 hot meals since September to vulnerable populations, the foundation said in a press release.

The TCP has planted more than 20 churches in Chicago over the past 12 years and has a vision to plant more than 100 over the next decade, according to TheChicagoPartnership.com.

The Foles Believe Foundation describes its mission as “dedicated to impacting and serving those in need … in Jesus’ name,” and refers to Luke 3:11 (“He replied to them, ‘The one who has two shirts must share with someone who has none, and the one who has food must do the same’”). In April, the foundation announced inaugural grants to nine food banks across the nation, including locations in Illinois, Texas, Florida, New Jersey, California and Pennsylvania.

Foles, who has played with the Los Angeles Rams and Philadelphia Eagles, was Super Bowl LII most valuable player when the Eagles defeated the New England Patriots in 2018. 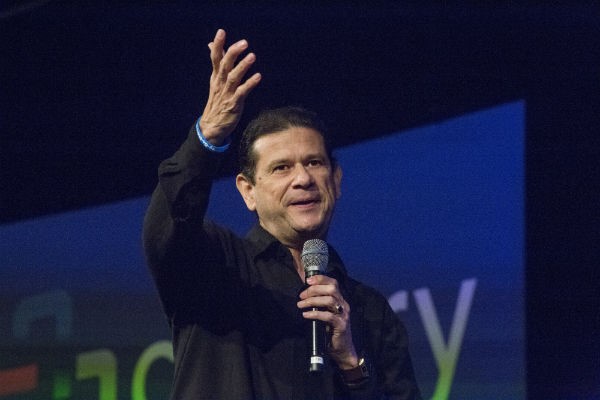