It was instilled in him from his youth, when his mother miscarried his sibling, and accented by his wife Kirsten’s two successive miscarriages before the birth of their twin boys nearly two years ago, completing their family of nine.

But the truth of scripture is why the former NFL standout and longtime pro life advocate is calling on Planned Parenthood to go beyond a New York Times editorial April 17, which acknowledged but attempted to disavow the eugenics and racism of its founder Margaret Sanger.

“We know that human life is different … and that it should be honored and respected. There is something very special about life, and it is a lie from Satan that we can discard our children without consequence,” he told Baptist Press. “And not just the outward consequence. I’m talking about the inward, just dealing with that life.”

“It is time for Planned Parenthood to take the next step, or their denunciation of Margaret Sanger rings hollow,” Watson said in a press release April 18 from the pro life advocacy group Human Coalition, which he serves as vice president. “Whether they personally identify with Sanger’s ideology or not, they continue to carry out her mission by serving as the leading executioner of our children.

“The same Sanger they claim to disavow would applaud their efforts and results, as a disproportionate percentage of Black children have been killed in Planned Parenthood’s abortion clinics. Acknowledging a racist history does not absolve them of the blood on their hands, as they continue to take full advantage of victims of the racism they decry.”

Johnson said in her editorial that Sanger “remains an influential part” of Planned Parenthood’s history. The CEO announced an intention to make Sanger “less prominent” in the group’s present and future, but maintained its commitment to performing abortions.

Watson believes Planned Parenthood needs to acknowledge that racism often marginalizes Black women, in turn making them more vulnerable to an ideology promoting abortion as a solution to unplanned pregnancies.

“When I look at a situation where African Americans are descendants of American slavery, make up 13% of the population and account for 25-30% of the abortions, to me that’s problematic,” he said. “When Planned Parenthood comes out and denounces Margaret Sanger because of her quote unquote racist and eugenic ideology, and the fact that she has had ties to white supremacy, and all the things they say.

“But then they turn around and do not acknowledge the same racism they decry, and that same racism that actually creates the vulnerable woman who is seeking the abortion that they profit from, and continue to profit from, to me that rings hollow. … The millions of dollars coming into Planned Parenthood are disproportionately from the termination of Black preborn children.”

Sanger’s advocacy included speaking to the women’s auxiliary of the Ku Klux Klan to generate support for birth control and endorsing the 1927 U.S. Supreme Court ruling in Buck v. Bell, which allowed states to sterilize people deemed “unfit” to reproduce.

Watson, who played 16 years in the NFL before retiring after the 2019 season, calls on Christians to use whatever platforms God has given them to promote the sanctity of human life. He encourages churches and pastors to be more vocal on the issue, distancing themselves from politics and speaking from a purely biblical foundation including justice for children and women.

“I look at this issue as one of justice, and the Bible speaks very clearly about justice and our righteousness over and over and over again throughout scripture,” he said. “You see God’s heart for justice for the oppressed, for the fatherless, for the widow. And so justice is simply about protecting the vulnerable, giving people their just due.

He encourages churches and Christians to understand God’s heart for justice, to pray for the abused and marginalized and to legislate for laws that protect life at all stages. He calls on churches to welcome women and men who find themselves with unplanned pregnancies, to be a place for restoration, to be open to adoption and to work to eliminate factors shown to lead to abortion, such as poverty and abuse.

Watson and his wife Kirsten are longtime sanctity of human life advocates, having supported the pro-life work of the Southern Baptist Ethics & Religious Liberty Commission and served as executive producers of the 2020 prolife documentary “Divided Hearts of America.” He has spoken at March for Life events, and the couple added a new platform in 2020 as hosts of the parenting podcast “Why or Why Not with the Watsons,” in which they discuss a myriad of family issues.

The U.S. Supreme Court legalized abortion in 1973 in the Roe v. Wade decision. But Watson said the court has been wrong before. He acknowledges he’s not an attorney, but points out such unjust rulings as the 1857 Dred Scott decision denying citizenship to Blacks, and alludes to the 1896 Plessy v. Ferguson ruling sanctioning racially segregated public facilities.

“Our hope … is that at some point the Supreme Court will get it right.”

According to Human Coalition studies, Watson said, 75% of women who have had abortions say they would have birthed their children under different circumstances.

“My hope is that for those 75% of women, we create a culture that meets those needs,” Watson said, “so there’s no need for an organization like Planned Parenthood to take advantage of them and offer them this way out.” 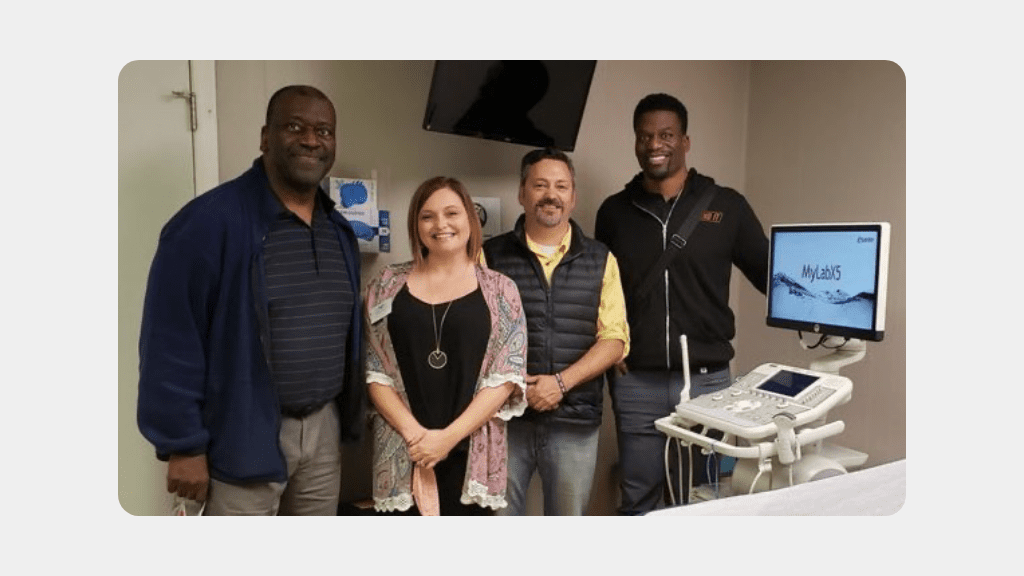