Brandon Porter has been hired as the next associate vice president for convention news for the Southern Baptist Convention (SBC) Executive Committee (EC). In this role, Porter will direct the daily operations of Baptist Press and serve on the leadership team for the SBC EC.

“The person in this role needs to be someone who Southern Baptists trust with telling how God is working in and through Southern Baptists,” said Jonathan Howe, SBC Executive Committee vice president for communications. “Brandon has proven through his work with Kentucky Today that he will bring a level of journalistic professionalism and trustworthiness to this role that Southern Baptists have come to expect, and that Baptist Press is known for.”

A variety of responsibilities came with Porter’s dual roles at the KBC. Through them he oversaw the daily production of five news stories and one for sports as well as seven weekly Baptist Life stories. He also managed website development and maintenance for both the Kentucky Today and KBC websites and their social media feeds.

Those efforts were part of the daily distribution of content to 40 Kentucky news outlets and others such as Baptist Press. Among them were an exclusive one-on-one interview with then-U.S. Secretary of State Mike Pompeo and another exploring the mental toll the pandemic is taking on children and teenagers.

In addition, Porter oversaw KBC legislative lobbyist work and chaplaincy at the state Capitol and partnered with the KBC Public Affairs committee.

“Brandon Porter, during his two years as director of communications, has proven invaluable to our work,” said Todd Gray, KBC executive director-treasurer. “During his time in the role, he has led our communications department to faithfully serve churches by providing regular COVID-19 updates and resources, staying alerted to upcoming events and opportunities and remaining informed to the challenges being faced by Sunrise Children’s Services and much more.

“Brandon was also instrumental in producing a Cooperative Program Training Kit, the only one of its kind that we are aware of, to help KBC churches equip their members to understand and appreciate our cooperative approach to funding our global ministry and missions enterprise.”

While thankful for Porter’s work in Kentucky, Gray expressed excitement for the future.

“Brandon has done an outstanding job and will be greatly missed,” he said. “At the same time, we are grateful that his gifts and talents will be utilized to strengthen the work of the SBC by serving as associate vice president for convention news. Ronnie Floyd has a great unifying vision for our national work, and Brandon will prove instrumental in communicating this vision.”

Floyd, SBC Executive Committee president and CEO, said Porter “brings proven experience at multiple levels in Southern Baptist life and is a graduate of two of our seminaries. As a former pastor, he understands our local churches and will help us forward the mission and vision of Baptist Press. He comes with strong commendations from those who know him in Kentucky, and we are very excited to welcome him to our team.”

Prior to his work with the KBC, Porter was media director for the Commonwealth Policy Foundation from August 2015-July 2018. There, he informed Kentuckians on life, marriage and religious liberty issues while hosting a weekly, half-hour radio program heard on stations across the commonwealth. In that position he also created video, audio and print resources, spoke in churches, and hosted conferences, town hall meetings and training events.

Porter earned a bachelor of arts in broadcasting at Western Kentucky University before going on to work as a television and radio news reporter and anchor in Bowling Green and Birmingham, Ala. He also gathered experience in sales, commercial production and as a DJ for Solid Gospel Radio in Nashville.

From June 2009-September 2016, Porter was senior pastor at Immanuel Baptist Church in Glasgow, Ky. While there he oversaw international missions initiatives to Mexico and Senegal. He also helped develop and lead Next Step Glasgow, a ministry that teaches skills and financial management to the poor.

“I am very grateful for the opportunity to have served the Kentucky Baptist Convention and Kentucky Today,” Porter said. “I am praying that God will use me to help Southern Baptists in their faithful work to lift up the name of Jesus and accomplish the Great Commission through this new assignment with the SBC Executive Committee.” 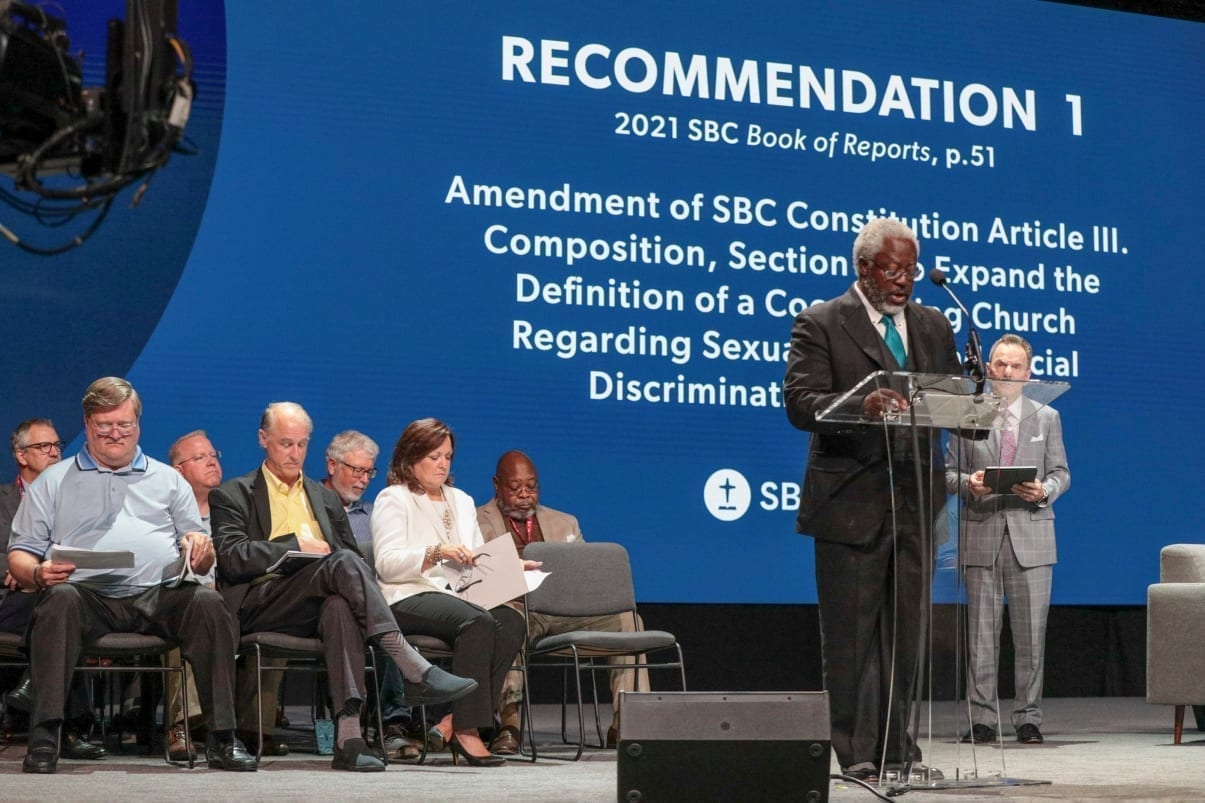 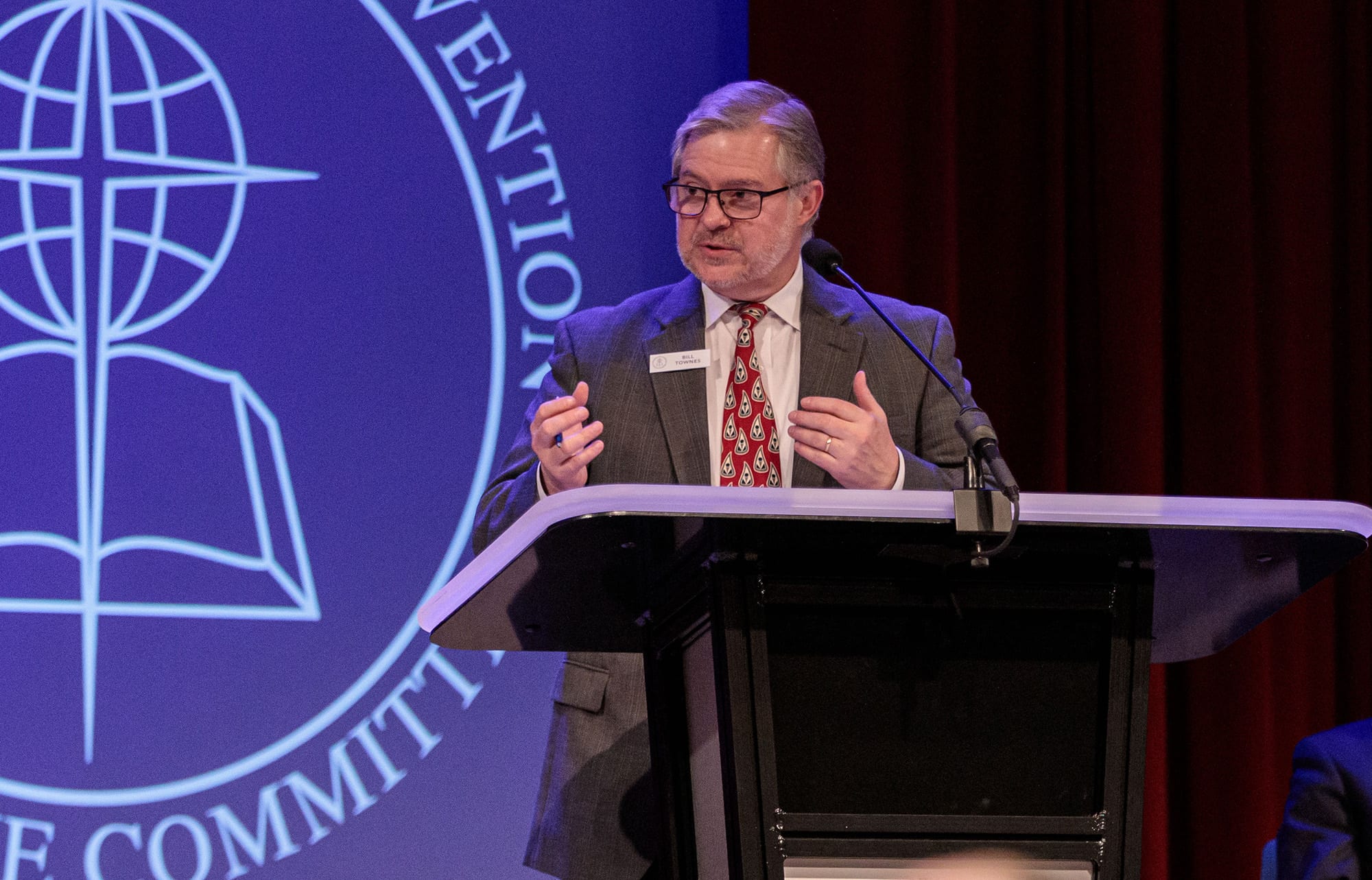