When Pastor Shawn Beaty and his congregation began helping evacuees of the Creek Fire near Fresno, he had no idea the ministry would “grow and spin bigger” than he could have ever imagined, serving as many as 2,000 families in one week.

His congregation, Clovis Hills Community Church in Clovis, is strategically located across the street from a high school being used as an American Red Cross evacuation center, which has been in operation since Sept. 7.

Beaty said the response from Fresno and Clovis churches and communities at large to provide for disaster victims has been “tremendous.” 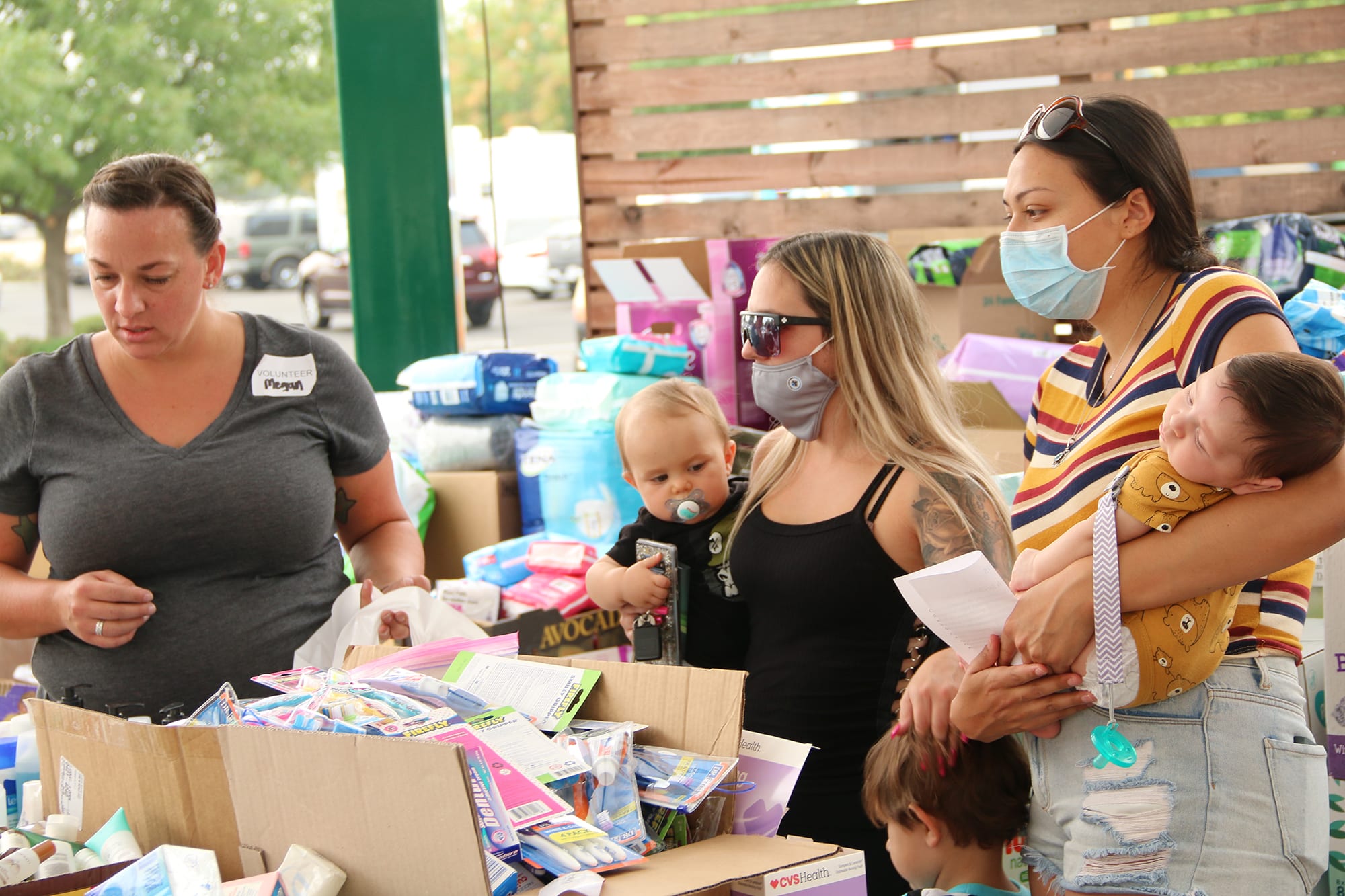 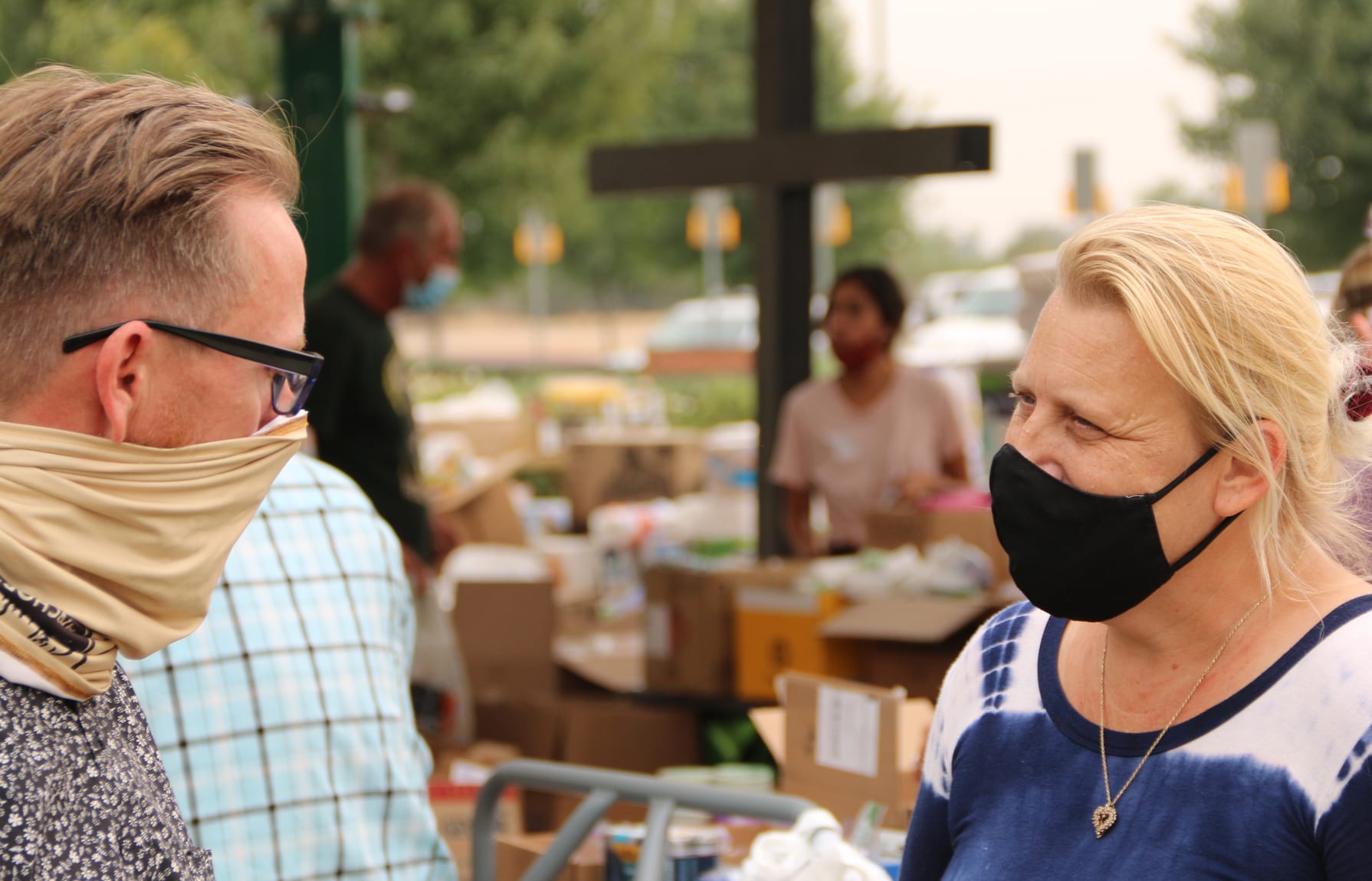 Shawn Beaty, left, with an evacuee 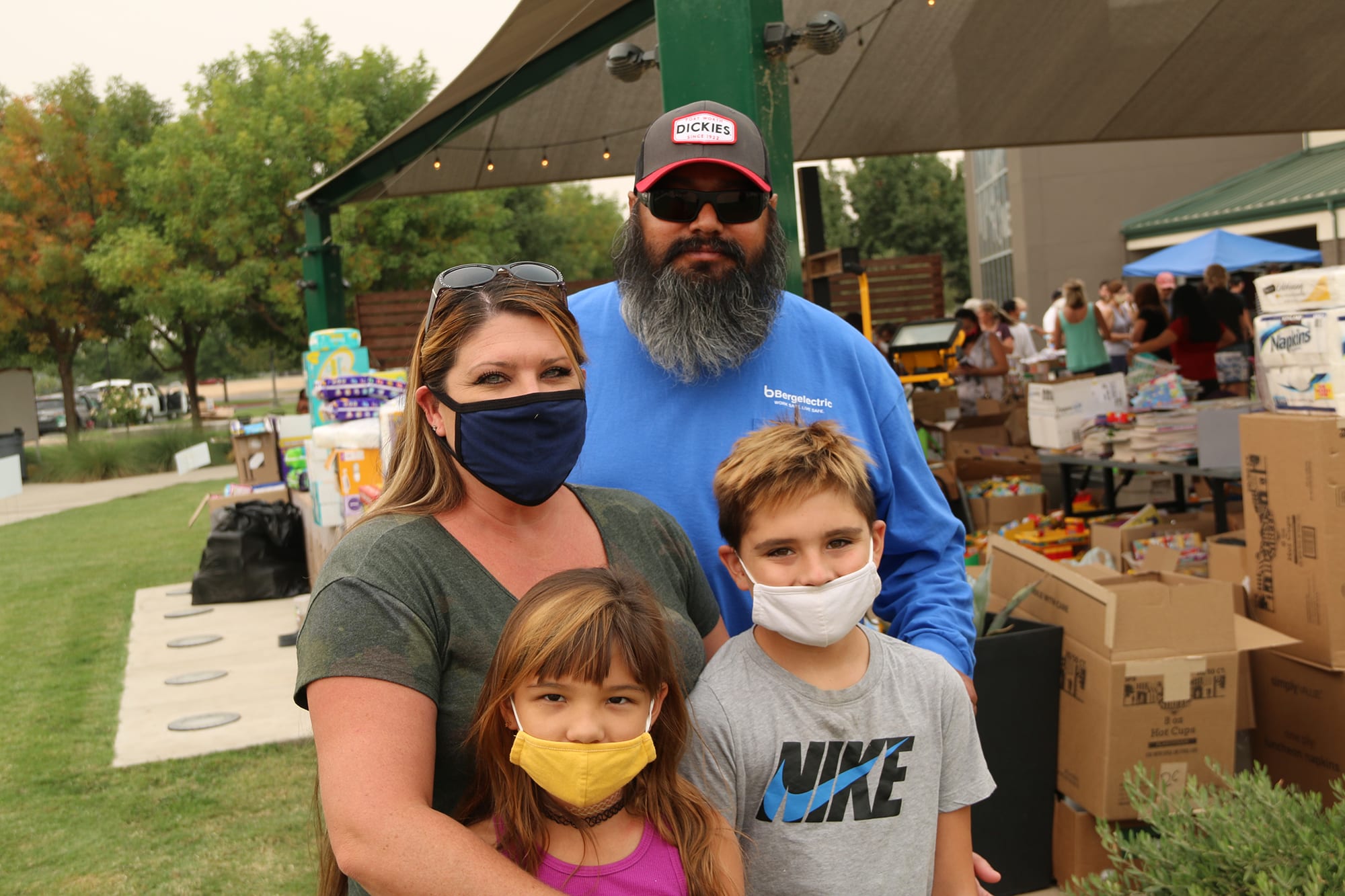 Photos by Anthony Beaird  Evacuees from Bass Lake and Tollhouse, Calif., browse the Clovis Hills Community Church, Clovis, Calif., “store” for essentials they need after having been evacuated because of the Creek Fire earlier in the week.

Clovis Hills also provides each family three $25 gift cards to help with gas, groceries and restaurants. He noted about $6,000 in gift cards has been distributed each day this week.

At least twice during the week, a food truck came to the church and provided meals for everyone on campus without charge.

“We have no idea who provided those meals for evacuees and church volunteers. That’s what God is doing,” Beaty said.

More than 300 homes have been destroyed by the Creek Fire, which has grown to more than 175,000 acres. About 5,000 homes are in jeopardy, but so far, firefighters have been able to keep the flames away from communities. Officials anticipate evacuees could be away from their homes for as long as three weeks.

“Once I saw the fires coming over the ridge, I said it’s time to go,” Rod Alec said. “I didn’t want to take a chance with my family.”

His wife Shylynn said, “It felt like a scene from a movie as we left our home. The sky was orange from the fires. We didn’t have time to grab much stuff, so places like Clovis Hills are a true blessing. … It’s overwhelming to see the love and support from the church and community.”

Chanelle Parker, an evacuee from Bass Lake, also came to the church for supplies.

“I am so grateful for all the help we’ve been getting,” she said. “I’ve lost my job and potentially my house, so seeing all these people out here helping is amazing. This is truly a blessing”.

Beaty, who also serves as president of the California Southern Baptist Convention, said, “God opened a door and we walked through it. This has been tons of work and money, but the ministry is worth it and has been amazing,” adding that church members “are making Jesus look beautiful to those who have fled their homes.” 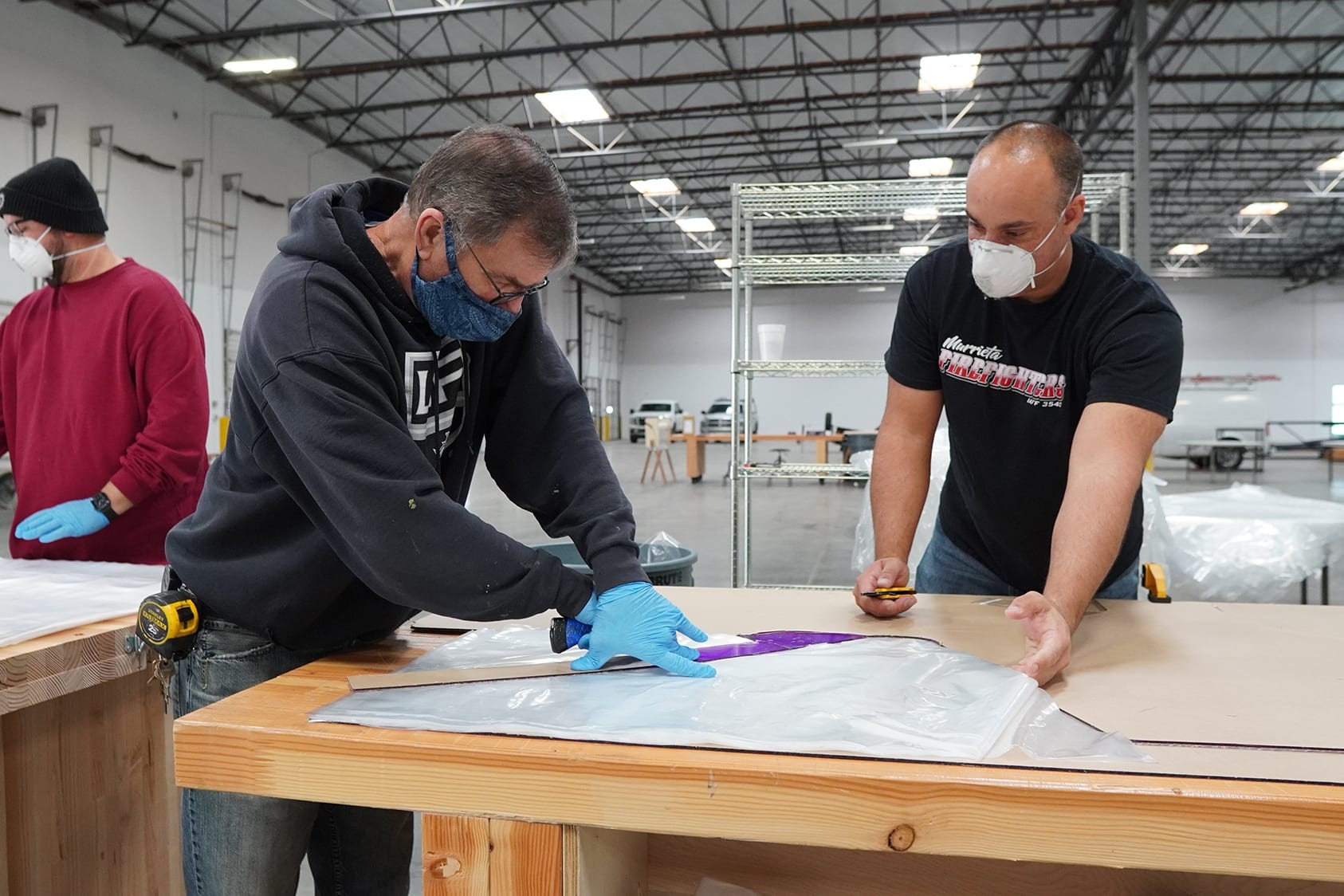 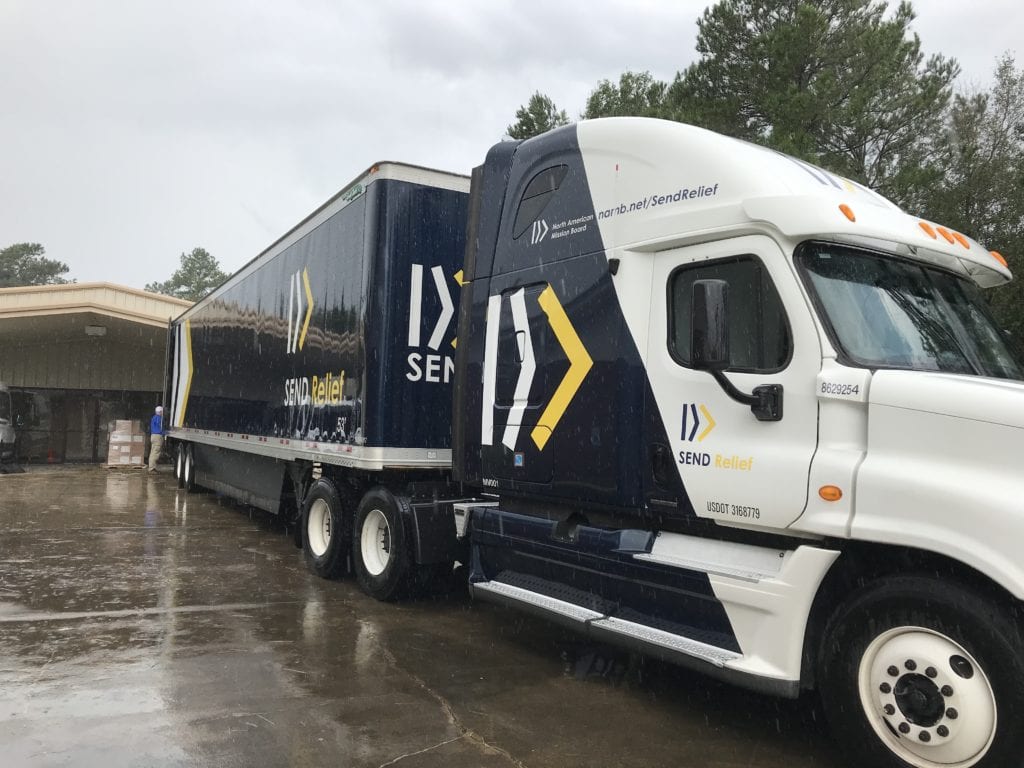