The generous giving of Southern Baptists toward the Lottie Moon Christmas Offering has continued even beyond the holiday season. Many churches are celebrating vastly exceeding their initial goals for the offering.

Throughout recent months, Chitwood has tweeted stories and examples of churches exceeding offering goals they had set for themselves, and he has visited several churches in person to receive an honorary check.

These are just a few of many positive reports from churches about their giving to this year’s offering, which the IMB reports is up 16.1% over last year through the first four months of this financial year.

Additionally, IMB Treasurer and CFO Price Jett reported during last week’s IMB trustee meeting that the mission board’s financials for 2021 have been audited and received an unmodified opinion, which is the highest level of confidence given by the auditors.

During the meeting, trustees celebrated not only the outstanding early financial reports, but other positive updates like a growing pipeline of missionary candidates, many churches connecting with a missionary and donating for the first time, a notable increase in Cooperative Program giving, an increased emphasis on diversity in missions efforts and a continued focus on establishing systems throughout the organization to appropriately prevent and deal with abuse.

During his address to trustees, Chitwood said these updates are an encouraging source of inspiration for the IMB’s current work.

“The most important work in the universe remains unfinished,” Chitwood said. “Thankfully we haven’t quit. In fact, we may be working harder than ever before.

“By God’s grace and in His favor, I believe what we are doing together at IMB is working. The work … isn’t finished, and the vision has not yet come to pass. So we press on, until all whose names are in the Book of Life from every nation, people, tribe and language, have heard the Good News.”

Regarding the generous giving of Southern Baptist churches toward the Lottie Moon offering, Chitwood told Baptist Press the most important thing is not the particular financial goals of individual churches but the spirit of missions cooperation throughout the convention as a whole.

“With the growth of the global population, and more lost people alive today on the planet than at any time in human history, the need for more missionaries on the ground has never been greater,” Chitwood said. “I praise God our missionary force is growing again! And I thank God that Southern Baptists’ giving shows their commitment to support that growing number of missionaries answering His call to go to the nations.

“Goals aside, the growing generosity of Southern Baptists through the Cooperative Program and Lottie Offering, from churches large and small, leads me to believe that the future of cooperative mission work is bright.” 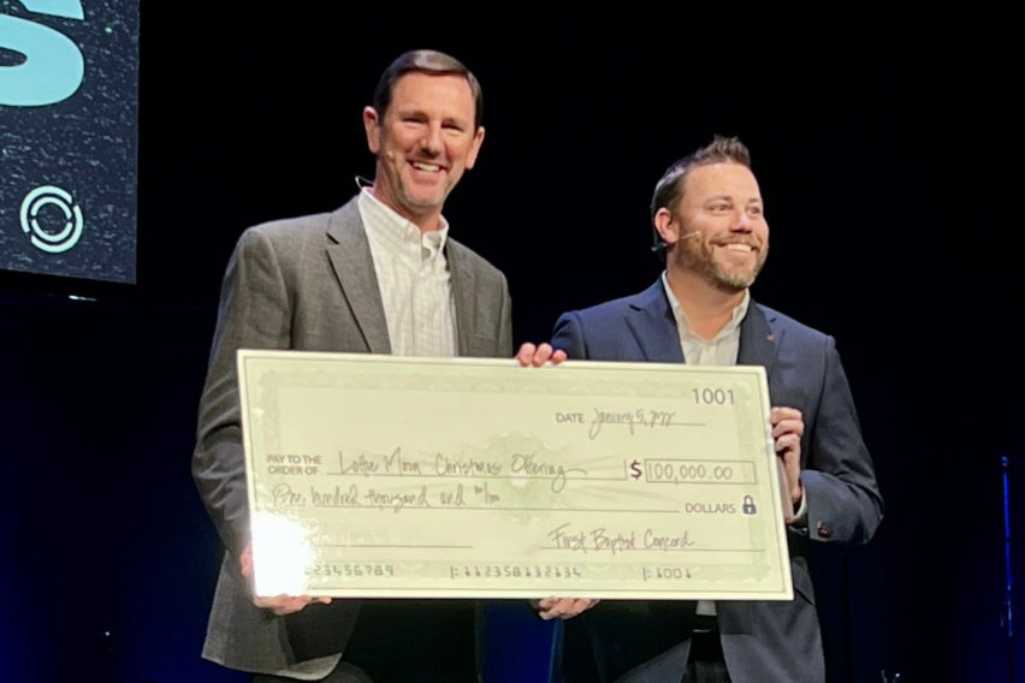