From feeding efforts to offering overnight shelter to serving as warming stations, Oklahoma Baptist churches across the state have responded to their neighbors in need after February’s devastating snow and sub-freezing temperatures took their toll on families and communities.

Bethel Baptist in Anadarko offered a multi-day soup kitchen starting Feb. 13 along with overnight sheltering for the homeless and other vulnerable people in the community. Other churches and groups assisted in the efforts, which led to at least recorded one profession of faith.

“We have served dozens of meals and ministered to people. We have shared gospel literature with people,” said Bethel pastor Duncan Blackwell. “The church and community are so engaged in this effort. I’m amazed and thankful for everyone who has helped. There was no way we could have planned for this. God has provided at every turn.”

Pastor Brock Hardin of First Baptist Heavener and others from the church delivered food to more than 100 families in need Feb. 17.

“It is encouraging to see people turn to the church in their time of great need,” Hardin said.

In Kentucky, Pastor Josh Schmidt jokingly says his church is having a powerless powerful revival.

First Baptist Church in Grayson has been a lifeline for the frozen community after two winter storms. The church’s ministry center has become a safe haven – a place to get warm and find shelter when there is nowhere else to go, a place to go for a meal and a place to lay your head down for the night.

It’s also a place where life-changing decisions can be made. While there may not even be power in their own building, there’s power in the Word that the pastor delivers boldly to those who come.

They have been a warming shelter since Feb. 11 when the first of two ice storms knocked out power for a large portion of Carter County.

“I thought if the church wasn’t going to address it, I don’t know how anybody else was going to,” he said. “If we have the ability to help, we’re going to help. We’re part of this community.”

The church’s ministry center has a kitchen and showers. The Salvation Army and Red Cross have brought in some cots and food, and the Carter County emergency management department, along with others in the community, has provided some resources.

Everybody is trying to help a neighbor during a difficult time.

“The road conditions are so bad that a lot of those who have come here have been brought by the sheriff’s department,” Schmidt said. “People don’t have heat in their homes and they didn’t have a place to go. They bring them to us.”

Schmidt has shared the gospel with evacuees at the church, and two of them realized they needed to accept Jesus as their Savior.

“You have to take advantage of the opportunities the Lord gives you,” he said. “They got saved and we baptized them on Sunday morning.” 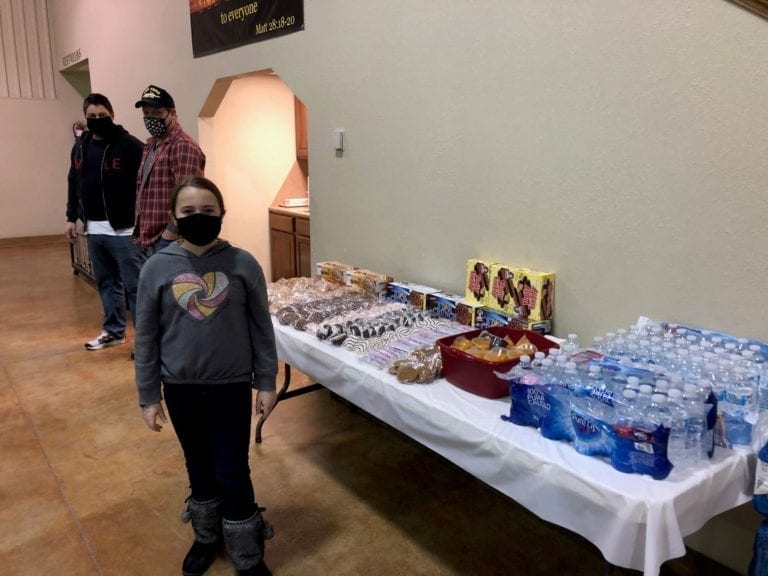