A barbecue restaurant, a fast food place or two and a department store are about all the town of Munford has, according to Reese Gill, student pastor at Munford Baptist Church.

Before the COVID-19 pandemic, Gill and the other 250 or so people who attended Sunday morning worship services at Munford Baptist were accustomed to giving their tithes and offerings in physical form: checks and paper bills.

But due to restrictions that took church services primarily online during the pandemic, Munford Baptist did what many other churches did – transitioned their giving to an online format.

“When our church services moved to online exclusively at the beginning of the pandemic, we had to do a lot of explaining and instruction for our people to understand how they could give online,” Gill said.

“Because of this we saw our average monthly giving go to about 85% online. I know for many of our faithful members it was so much easier to just give online rather than finding the opportunity to come by the church to drop off a check since we were no longer meeting in person.”

Gill explained that online giving has become normal for many members, and he anticipates that trend continuing into future years, not just at Munford, but at churches across the country.

“Now that we have been meeting in person again, people are still giving online mostly,” Gill said. “If online giving has been this successful in rural Alabama among many church members who are not the most tech savvy people, I believe it is reasonable to expect the majority of churches to see their giving shift heavily to online.”

Online giving can provide a more streamlined process of facilitating church finances, Gill noted. With less physical cash and checks to deposit at a bank, small congregations may find it easier to move most of their giving online.

Ryan Abernathy, pastor of West Metro Community Church in Yukon, Okla., said that while many in his congregation were already giving online, the pandemic has increased those numbers. He estimates about 75% of members now give online in some way: 50% through the church’s online portal and another 25% through automatic draft or bank checks.

“We had a couple of people comment that if they knew it was that easy, they would have switched years ago,” Abernathy said. “I think the future of church financial health will be largely a result of embracing this tech.”

Sam Rainer, pastor of West Bradenton Baptist in Bradenton, Fla., said the church’s leadership team asked members to switch to online giving. The two-campus church, with a pre-pandemic attendance of just over 700 people, has seen online giving increase from 20% to 50% since the emphasis.

Rainer said in addition to the giving portal on the church’s website, the church will also be adding a text-to-give option in the next month.

“The future includes less institutional giving as the oldest generation passes,” Rainer said, “but there is much potential with the younger generation if churches will engage them with digital giving. Automatic, recurring digital gifts coupled with spontaneous text-to-give options will help fill the gap.”

Some individuals may simply forget to give or make excuses for not giving to their church. Abernathy said online giving helps mediate those issues by providing a simple, streamlined approach. But he added it’s important to keep in mind the learning curve for some members.

“I think we need more emphasis on helping churches, especially older, more established churches, to make this shift if we want them to survive,” Abernathy said.

Rainer noted that because digital giving is here to stay, no church will be able to survive long-term without it. 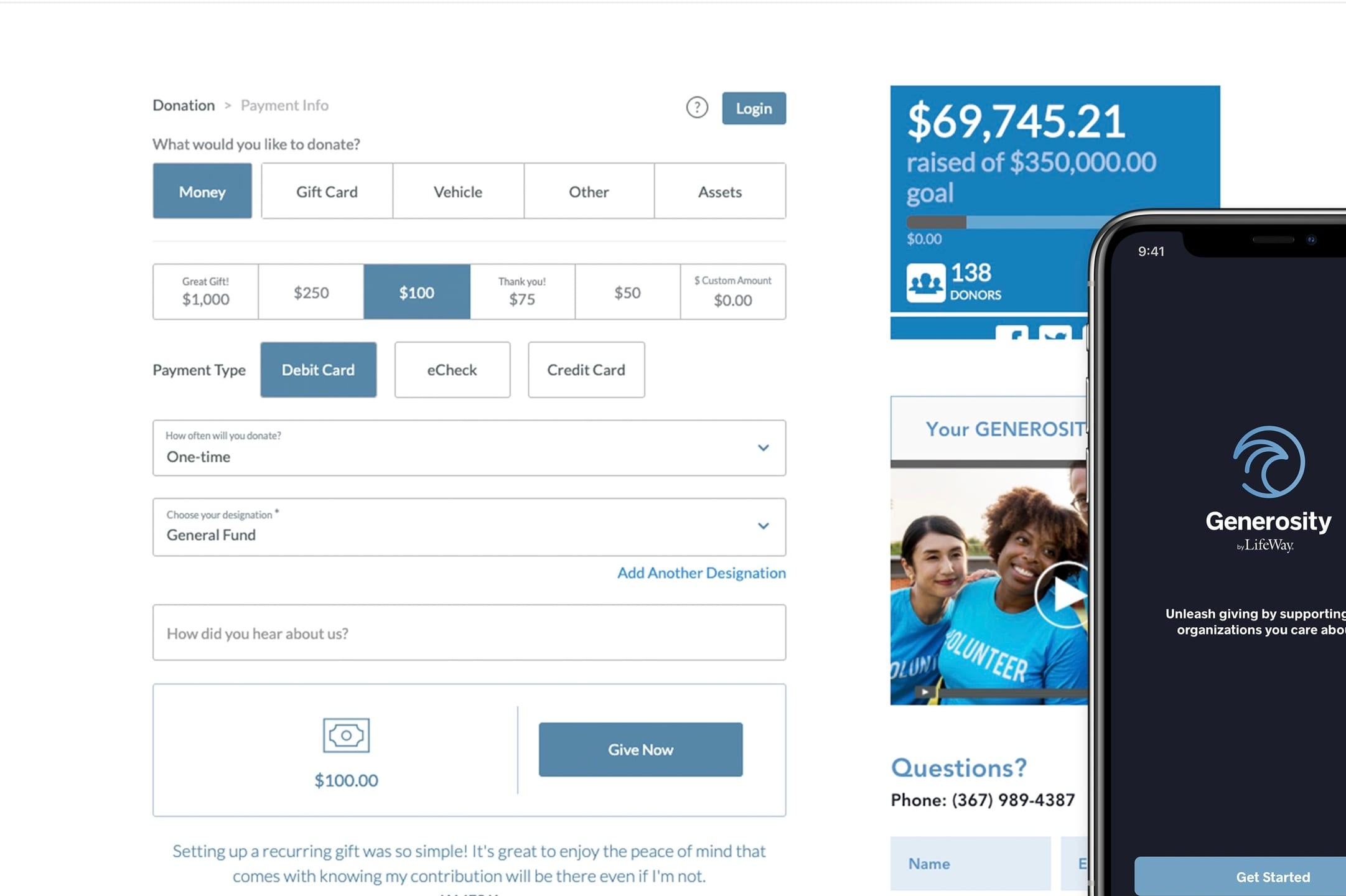