Mount Calvary Baptist was like a lot of churches that were forced to lean on technology in the spring of 2020.

Staying connected due to the widespread suspension of in-person gatherings from COVID-19 presented a challenge. In order to bring in as many people as possible, Pastor Derek Williams opted to use a phone system for listeners to call in and hear worship services.

“For two years I would come down into the sanctuary by myself and preach from the pulpit with the phone on speaker,” he said.

Preaching to an empty room took some adjusting for many pastors during that time, but at least they had a camera on which to focus. During his sermons Williams had everywhere – yet nowhere – to look.

So he prayed for faces he had never seen, much less known.

“I disciplined myself, based upon the visual of when Jesus went away by Himself to talk to the Lord,” Williams said. “I would visualize the church full of people who were not members at that time, but who would come and be changed by the gospel, those we were ministering to. The Spirit was showing me different types of people.”

Yes, he thought it a little strange too. Then a woman he’d never met approached him at a funeral.

“I recognized her as one of those faces and she recognized me from when I preached at other funerals in the city. Later she joined our church, and I told her about my vision of her sitting in the sanctuary,” he said.

That woman has become an active church member. The story reflects Williams and Mount Calvary’s decision to become affiliated with the Southern Baptist Convention (SBC) and a desire for deeper involvement.

Williams had wanted information on joining the SBC, but COVID-19 disrupted that process. He reached back out earlier this year through the Buckeye Central Erie Baptist Association. That process finished shortly before the church celebrated its 104th birthday in March.

“First, I went to our board of deacons to tell them about my desire to bring us into affiliation [with the SBC],” he said. “We had some with questions, but they followed my leadership in that decision.”

The credentialing process included a question to Williams – “What can Southern Baptists do for him?”

“I told them I wanted Southern Baptists to acknowledge me and use me,” he said. “Acknowledge me not as an African American pastor, but as a pastor. Don’t put me off in a corner and say, ‘You’re over here.’

“Once you acknowledge me, I’ll do everything I can to help the organization because I believe in the principles … and doctrine of Southern Baptists, the entirety of the Baptist Faith and Message because it’s part of our constitution.”

The church will remain dually aligned with the National Baptist Convention, through which Williams serves as a national instructor for education.

The term “diversity” needs to expand out beyond race, he said.

“It needs to become a purposeful mission of connecting … churches to be able to broaden its perspectives of [fellow] Baptists,” said Williams, a Milwaukee native who will mark nine years at Mount Calvary in November.

That means not reaching out to people based on race, but because there is common ground in “like-mindedness and doctrine.”

Southern Baptists’ recent meeting in Anaheim reinforced to him that the perspective someone grew up with is important to that person. It is the lens through which he or she sees the world.

However, he said, “Culture can never out-weigh our climate for Christ.

“We can never allow our background of where or how we were raised, our political perspectives, to out-weigh our command of what Christ has commissioned us to do and be about.”

Williams credits leadership in the State Convention of Baptists in Ohio (SCBO) with welcoming his church. Executive Director Jeremy Westbrook is scheduled to preach at Mount Calvary on Oct. 23.

“He has extended himself along with Reginald Hayes (SCBO Convention Relations-Community) to make me feel a part of the state convention and help us in our county-wide health COVID initiative. Jeremy is what Southern Baptists should bring to the forefront of its national leadership!”

In addition to meeting over the phone during the pandemic, the church stayed connected through a prayer line that met three times during the day and remains in use. It’s not unusual for as many as 50 to call in at 6 a.m., more than 100 at noon and a few hundred at 6 p.m., Williams said.

Like when he was preaching to an empty sanctuary, Williams said there are Southern Baptists-to-be out there.

“I want to use my experiences as a pastor and my determination as a man of God to help an organization that has success in helping pastors,” he said.

“I don’t want to be a person receiving all the goods. I want to come to the table to use my gifts to be effective and help Southern Baptists become a greater SBC than when we first joined.” 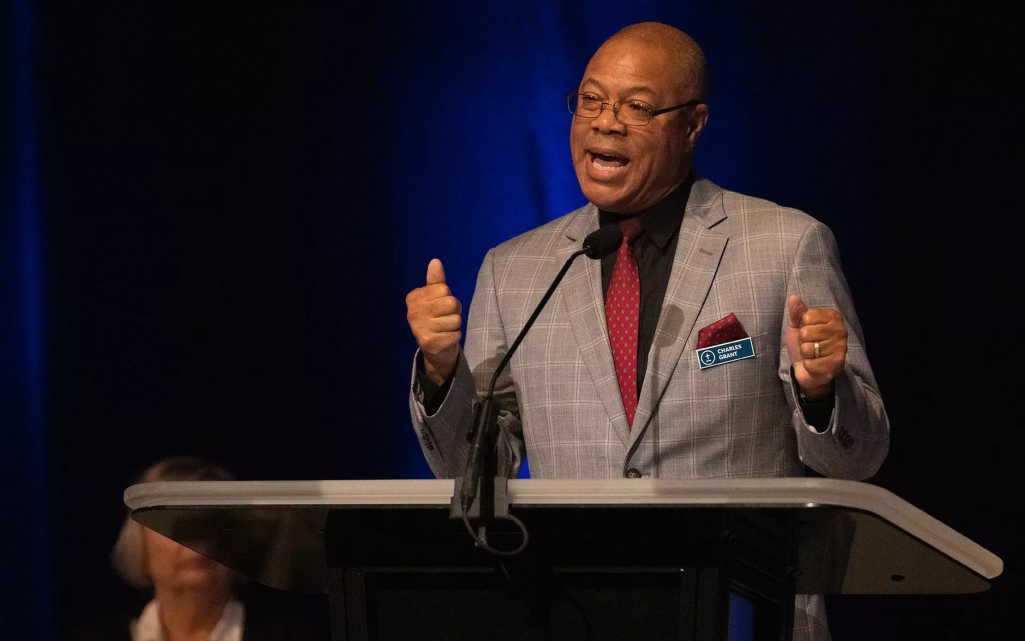