In two separate votes in the final plenary session of the Feb.21-22 meeting in Nashville, EC members approved spending up to $2 million to cover legal fees associated with the investigation, and an estimated $2 million or more to cover fees assessed by Guidepost Solutions and the firm’s subcontractors. Additional funds to cover legal fees can only be approved in subsequent voting.

Tapping reserves for the charges complies with a mandate of messengers from the 2021 SBC annual meeting that CP funds cover the costs of the investigation, said Archie Mason, chair of the Committee on Convention Finances and Stewardship Development, which referred the motions to the full EC.

“If you look at the allocation of CP funds, what we have in reserves is $12.2 million,” Mason said. “What that is is money we didn’t spend, that was allocated to us out of our 2.9 (percent) allocation that has built up in reserve. So that’s been investment income.”

In other major action, the EC elected a six-member search committee to recommend a new EC president and CEO, ratified the appointment of Willie McLaurin as interim EC president and CEO and affirmed the 2012 action of the SBC deeming the descriptor of “Great Commission Baptists” as in agreement with the SBC identity.

The EC responded to various motions referred from 2021 messengers, including motions regarding the resolutions process and the SBC annual meeting, whether there’s a conflict of interest in the same attorney representing both the EC and the SBC, and the use of non-disclosure agreements by entities.

A seven-member search committee, composed of six elected EC members and the EC chairman, is tasked with recommending an EC president and CEO for consideration by the full EC.

Per EC bylaws, the EC chairman is to be an ex officio member of the search team. Current EC Chairman Rolland Slade will serve on the search team until his EC term ends in June, when his slot on the team will be filled by the incoming EC chair.

With standing ovations and resounding applause, the EC ratified the appointment of Willie McLaurin as EC interim president and CEO and approved his compensation package. McLaurin has served in the post since EC officers appointed him Feb. 1 to serve in the position vacated by Floyd.

McLaurin, who had served since 2020 as EC vice president for Great Commission relations and mobilization, is the first African American to serve in the top post at any SBC entity.

“I was amazed last night, even though I’m an officer and had to vote on the appointment, to see the ratification of an African American, even in the interim, to lead this body, even after what it was formed upon,” Hunt said, “shows me that God can change anything.”

Hunt made the comment as chairman of the Committee on Convention Missions and Ministry when asking the EC to affirm the committee’s recommendation that the EC affirm the 2012 action of the SBC approving Great Commission Baptists as an SBC descriptor.

In a vote of 39-8, the EC approved the recommendation from the Committee on Ministry and Missions to report to messengers to the 2022 SBC annual meeting that the EC affirms the 2012 ruling approving Great Commission Baptists as an SBC descriptor.

The Committee on Ministry and Missions made the recommendation in response to two motions referred from the 2021 SBC annual meeting to change the name of the SBC to Great Commission Baptists.

In extended discussion, many pastors from churches outside the South said the current name, Southern Baptist Convention, hinders church planting and evangelism.

SBC President Ed Litton, who pastors a church in the deep South, was among those who promoted that the name change be further studied, as 10 years had passed since the previous study. But a recommendation to create such an ad hoc committee failed with 27 opposed and only 20 in favor.

The EC also adopted a recommendation from the Committee on Convention Missions and Ministry ruling there is no conflict of interest regarding legal counsel.

A group of EC attorneys said it had studied “… the relationship between the Southern Baptist Convention and its Executive Committee as outlined in the Convention’s adopted constitution and bylaws and sees no conflict of interest regarding legal counsel and therefore, declines further consideration of the matter.”

In turn, the EC would approve a final report in advance of the 2023 SBC annual meeting to submit to messengers at that time.

The EC took no action to recommend amendments to or the elimination of the Committee on Resolutions itself, which is established in SBC Bylaw 20.

The EC received clarification on the usage of non-disclosure agreements within the entity. The request to look into the matter came from Brad Patterson, a messenger from Texas at the 2021 SBC annual meeting.

The Committee on Convention Finances and Stewardship Development noted that non-disclosure agreements are standard practice among many for-profit and nonprofit organizations as “a best practice of fulfilling one’s fiduciary obligation and stewardship to an organization.”

However, they wrote, “The SBC Executive Committee has never entered into an agreement for the sole purpose of creating a non-disclosure arrangement but has occasionally included confidentiality clauses or non-disclosure clauses in agreements as needed and within the scope and direction of our trustees who are duly elected by the messengers of the Southern Baptist Convention.”

The EC dissolved a task force it had formed in February 2021 to examine whether a Southern Baptist entity can suspend trustees for misconduct. The Committee on Convention Missions and Ministry reported, “The issue of trustee misconduct within SBC entities is a very rare occurrence. Circumstances that precipitated the formation of the task force were resolved within the entity.”

The group pointed to the autonomy of SBC entities and said, “… it would be difficult to designate a clear path that would best serve the sole membership interest of the Southern Baptist Convention.”

The EC received as information a report from the Committee on Convention Finances and Stewardship that it has reviewed and approved the 2020-21 audit of the EC financial statements, as conducted by the firm of Batts Morrison Wales & Lee, P.A.

“In our opinion,” the firm wrote, “the financial statements referred to … present fairly, in all material respects, the financial position of the Executive Committee of the Southern Baptist Convention as of Sep. 30, 2020 and 2019, the changes in its net assets and its cash flows for the years ended in accordance with accounting principles generally accepted” in the U.S.

While the audit was unqualified, it included a note addressing the uncertainty of potential legal claims against the EC in connection with the Guidepost investigation findings. The note says, in part: “It is possible that the Executive Committee could have financial liability with respect to such claims.

“However, the Executive Committee does not have adequate information as of the date of these financial statements regarding whether it will have any financial liability in connection with such claims.”

The EC agreed to forward to messengers a motion affirming an expansion of the ministry assignment of the North American Mission Board (NAMB) to include college ministry.

NAMB’s seventh ministry assignment would read, to “assist churches in reaching and mobilizing college and university students in the United States and Canada. Promote the advancement of college and university ministry efforts in evangelism, discipleship, churchmanship, leadership development and missions mobilization through collaborative partnerships.”

The EC appointed Palmer Williams, a member of Redemption City Church in Franklin, Tenn., to the Convention’s Committee on Order of Business to fill the remaining portion of a three-year term ending in 2024.

The EC left open a vacancy on the Credentials Committee, awaiting a recommendation from the Committee on Missions and Ministry.

The EC also approved two appointments to the trustee board of the Southern Baptist Foundation with terms expiring in 2025. They are Craig Parker, a member of Ninth & O Baptist Church in Louisville, Ky., and special assistant to the president of Southern Baptist Theological Seminary; and Tom Boyd, a member of West Hills Baptist Church in Lebanon, Tenn., employed by Decker Wealth Management. 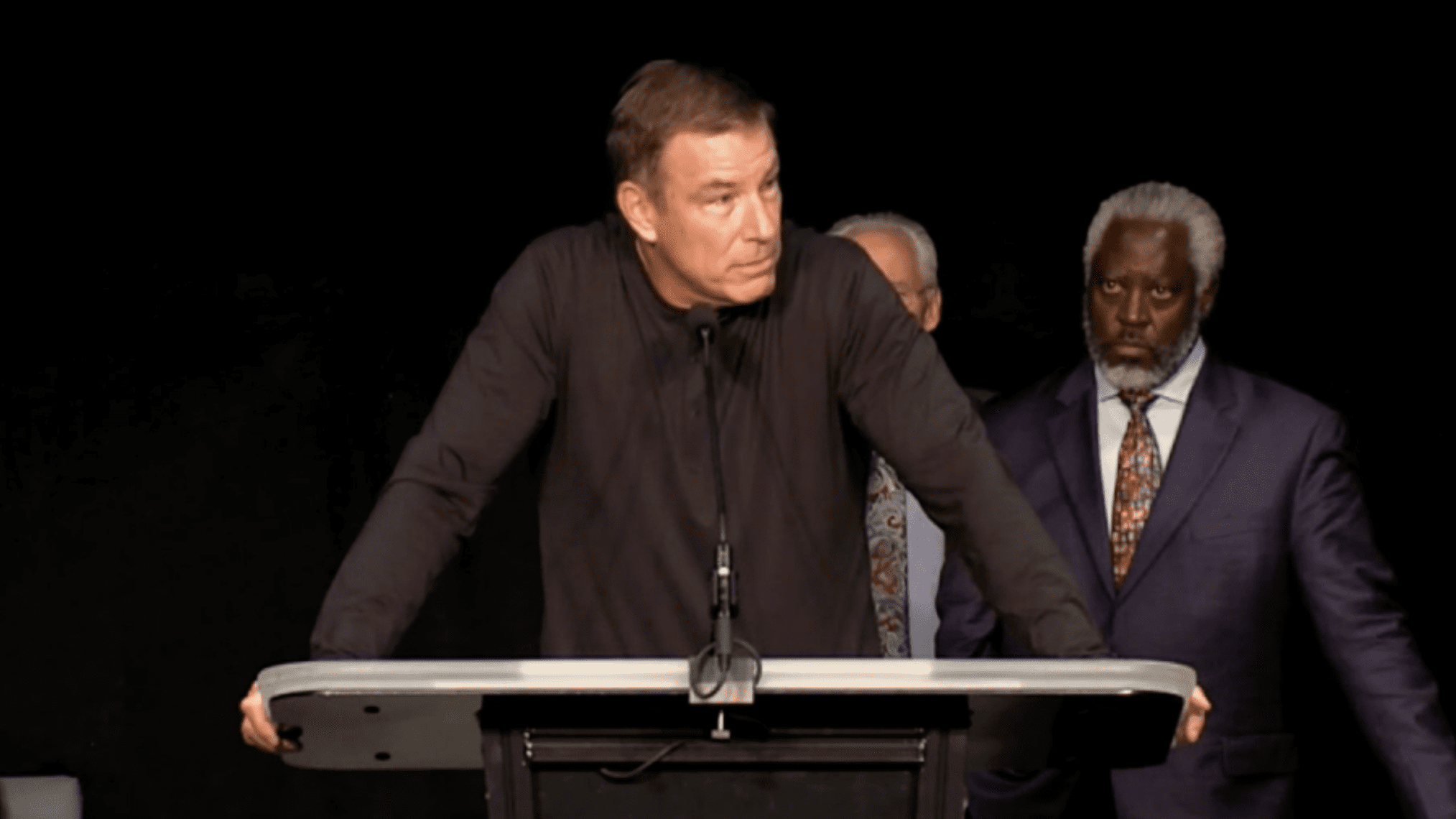