The president issued the order June 24 for the purpose of enhancing the foster care and adoption system through reforms that include:

The ERLC is grateful for the new executive order “because these policies can help strengthen our child welfare system as we all work together toward better outcomes for vulnerable children in foster care and awaiting permanency through adoption,” said Chelsea Sobolik, a policy director for the commission.

“Faith-based organizations are on the front lines serving children and families, and this new set of policies recognizes the value of these organizations by encouraging stronger public-private partnerships,” she said in written comments. “Every child deserves a safe, permanent and loving family, and I’m grateful for every step toward achieving that goal.”

According to the Department of Health and Human Services’ (HHS) Administration for Children and Families (ACF), there are about 430,000 children in the foster-care system and, of those, nearly 124,000 who have a plan for adoption. Each year, almost 20,000 young people age out of foster care without a permanent family.

The ACF released data in October 2019 with encouraging signs that included:

On Nov. 1 of last year, the Trump administration issued a proposed rule that would revise an Obama-era regulation by ensuring religious freedom is guaranteed in its grant programs. The Obama administration rule, finalized days before President Trump was inaugurated in January 2017, had the effect of prohibiting many evangelical Christian and Roman Catholic organizations from participating in federal child-welfare programs. The regulation affected agencies that believe marriage is only between a man and a woman and therefore decline to place children in the homes of same-sex couples.

The U.S. Supreme Court is expected to weigh in on the intersection of religious liberty and same-sex marriage in foster care and adoption during its next term, which begins in October. The justices agreed in February to review a Third Circuit Court of Appeals ruling that the city of Philadelphia did not violate religious freedom by halting referrals to Catholic Social Services because the agency does not place children in the homes of same-sex couples.

In his June 24 order, Trump said, “Every child deserves a family. Our States and communities have both a legal obligation, and the privilege, to care for our Nation’s most vulnerable children.”

The president also said the “best foster care system is one that is not needed in the first place.” His administration has promoted “prevention strategies that keep children safe while strengthening families so that children do not enter foster care unnecessarily.”

His order said those who age out of foster care are likely to face significant “life challenges.” Research has shown, Trump said, 40% experience homelessness; 50% are unemployed at 24 years of age; and many become pregnant by age 21.

Trump’s order includes these instructions to the HHS secretary: 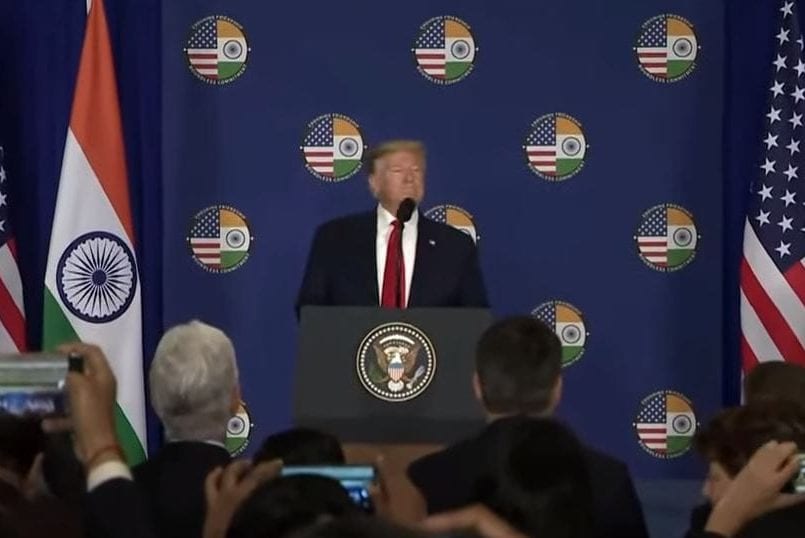