The Department of Homeland Security (DHS) announced Sept. 14 it has directed its Customs and Border Protection (CBP) officers to block entry into the United States of items – including cotton, computer parts, hair products and apparel – produced in China’s Xinjiang region. The Chinese Communist Party’s decades-long, human-rights violations in Xinjiang have recently included the imprisonment of more than a million Uyghur Muslims in “re-education” or concentration camps, as well as coercive labor requirements for members of the ethnic/religious minority.

“For far too long, the Chinese Communist Party has financially profited from forced labor from the Uyghur people. This reprehensible practice is a violation of human rights and must be stopped,” ERLC policy director Chelsea Sobolik said in written comments. “The United States is sending a strong message to the Chinese government that products made through forced labor will not be tolerated.”

The ERLC has endorsed the Uyghur Forced Labor Prevention Act, a congressional proposal that would bar products made with forced labor in Xinjiang from being introduced into the U.S. market.

In its announcement, DHS cited four companies for their use of prison labor in manufacturing and a “re-education” camp for providing inmates to nearby manufacturers.

The ban shows DHS “is combating illegal and inhumane forced labor, a type of modern slavery, used to make goods that the Chinese government then tries to import into the United States,” Acting DHS Deputy Secretary Ken Cuccinelli said in a news release. “When China attempts to import these goods into our supply chains, it also disadvantages American workers and businesses.”

Brenda Smith, executive assistant commissioner of CBP’s Office of Trade, said the CBP “will not turn a blind eye” to “the pervasive use of unethical and inhumane labor conditions in China.”

The Congressional-Executive Commission on China, which was established by federal law in 2000, reported in March as many as 1.8 million Uyghurs, ethnic Kazakhs, Kyrgyz and other Muslims have been detained in Xinjiang. The commission named 20 American or international companies that are suspected of using coerced workers or of sourcing from suppliers that use forced labor. They include Adidas, Calvin Klein, Campbell Soup, Coca-Cola, Costco, H&M, Kraft Heinz, Nike and Tommy Hilfiger.

On Sept. 11, a bipartisan group of nearly 20 members of Congress wrote The Walt Disney Co. with questions about its collaboration with “security and propaganda authorities” in Xinjiang during the filming of its new live-action movie “Mulan.” Disney’s apparent cooperation with such officials is “profoundly disturbing,” the lawmakers said. The movie’s closing credits express gratitude to what their letter describes as “propaganda elements” in Xinjiang.

As part of its oppressive practices, the Chinese Communist Party (CCP) tracks Uyghur Muslims in Xinjiang by means of a high-tech surveillance system that has obtained genetic data on many residents. Activity considered suspicious by CCP officials can result in detention in the “re-education” camps. Life in the camps can result in indoctrination, as well as rape, torture and coercive organ harvesting. Uyghur women are also at the mercy of a population control program of forced abortions and sterilizations.

The ERLC hosted an Aug. 21 webinar regarding the CCP’s repression of the Uyghurs. During the event, Nury Turkel – a Uyghur and a member of the U.S. Commission on International Religious Freedom – called for Americans to perform “due diligence” and refuse to purchase cotton or textile products made in China. The world supply chain has been “polluted by the Chinese,” he said.

ERLC President Russell Moore told participants in the webinar the CCP and other totalitarian regimes trust “the world will be bullied and intimidated into silence because of the power and the wealth of China – the idea that we can’t speak to this because we’re afraid of what the economic consequences will be or we’re afraid of what the purchasing power consequences will be.

“And yet we ought to be the people who recognize that there are things greater than power and money,” he said. “And the image of God and the humanity of our fellow human beings – these things are more important than that.”

The ERLC is among organizations that have commended the U.S. government’s response to China’s suppression of the Uyghurs and others.

President Trump signed into law in June the Uyghur Human Rights Policy Act, which calls for the administration to impose economic sanctions and visa bans on Chinese authorities who are responsible for the oppression of Uyghur and other Muslims. In July, the Department of Treasury announced two sets of sanctions on senior Chinese officials and entities under a federal law known as the Global Magnitsky Act.

In October 2019, the State Department and Commerce Department announced visa and export restrictions on individuals and organizations, respectively, involved in persecution of the Uyghurs. 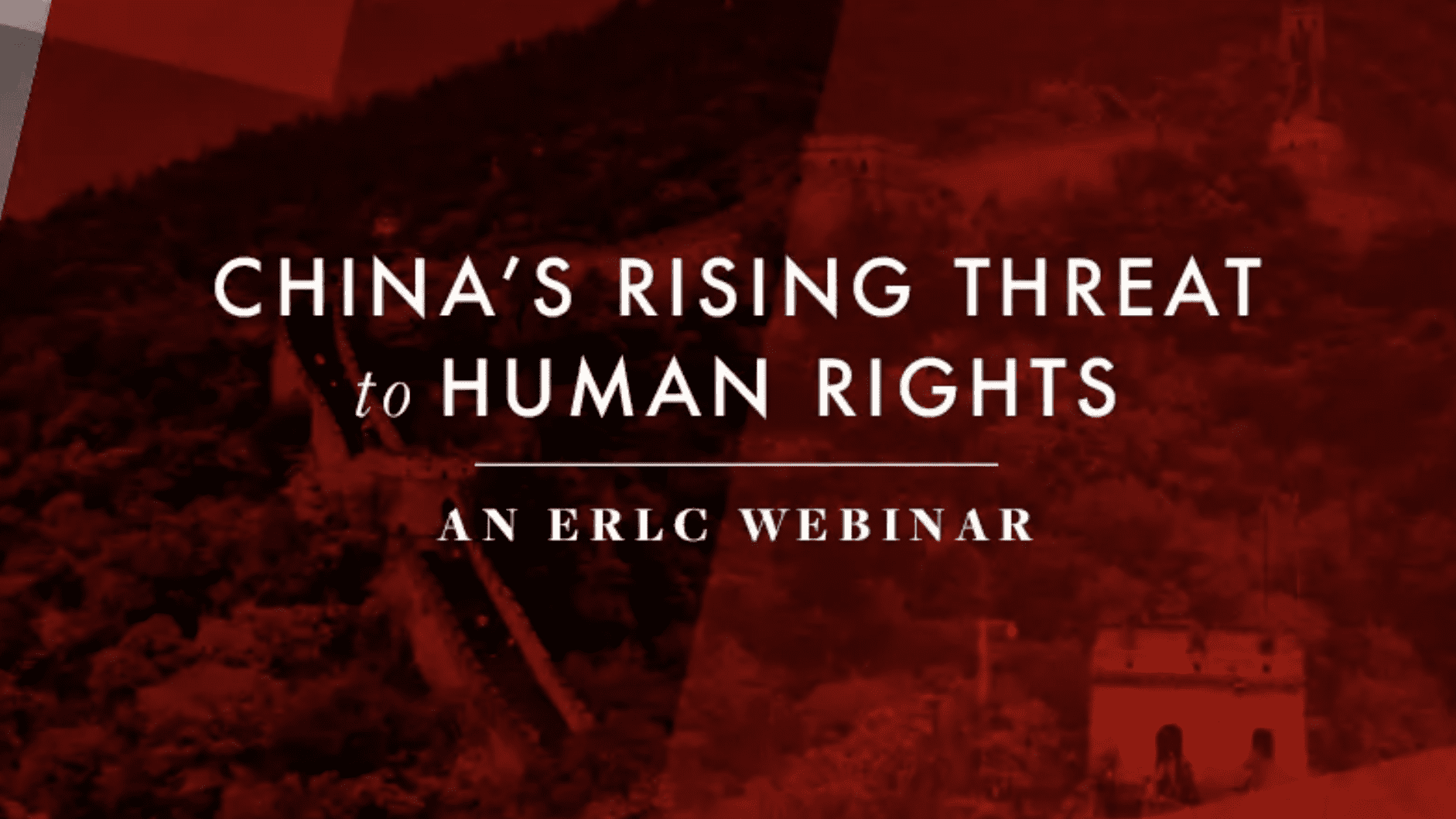