The trustees of the Southern Baptist Ethics & Religious Liberty Commission (ERLC) committed the entity to an assessment of sexual abuse in the convention in one of many actions taken during their annual meeting Sept. 14-15.

The board of trustees approved without opposition a response to a motion referred to it at the Southern Baptist Convention’s (SBC) 2021 June annual meeting by expressing its wholehearted support of the request for the ERLC to engage an outside organization “to oversee and audit” such an appraisal. In a later vote, the trustees passed, again without opposition, a motion to “set aside” $250,000 as an initial commitment for the assessment.

In other votes, the ERLC trustees:

In addition, David Prince, the current chair, announced a special board meeting for late February or early March 2022 to provide mid-year updates in a virtual format.

The ERLC is “deeply grieved” by the reported sexual abuse and also grieved by the abuse of the past that went unreported because of the mishandling of those cases, the trustees said in their response to the motion at this year’s SBC meeting requesting an assessment. The response to the motion said the entity is committed to securing “the best oversight team and funding” needed for “a comprehensive and thorough” evaluation.

The trustees said the ERLC will attempt to coordinate its assessment with a task force called for in a motion approved overwhelmingly by SBC messengers in June. SBC President Ed Litton has named the task force members, who announced Sept. 9 they had selected Guidepost Solutions to conduct a third-party review of the SBC Executive Committee’s handling of sexual abuse issues.

The motion offered by Indiana pastor Todd Benkert at the 2021 SBC annual meeting requested a three-year study, with preliminary reports by the ERLC at the next two annual convention meetings and a final report at the 2024 meeting. The assessment will receive reports from “voluntarily participating churches, victims and witnesses,” according to the motion.

Leatherwood told trustees the ERLC believes the proposed response to Benkert’s motion “is consistent with the work” the entity has already performed the last three years on the issue, specifically with the “Caring Well” initiative. “[W]e feel we are the appropriate entity to move forward with this,” he said.

After the trustees approved the response, Prince told them, “I think that you were just involved in one of the most significant votes in the history of the Southern Baptist Convention, and so we need to prayerfully proceed in the days ahead.”

The trustees provided guidance to the ERLC staff in approving $250,000 initially for the assessment. Among the motion’s instructions, the staff is to present for board approval an advisory committee “to help oversee and execute the study process.” The staff is to work with other SBC entities and organizations to produce partnerships and procure funding. The staff also is to collect proposals from firms to conduct the evaluation.

As the new acting president, Leatherwood succeeds Daniel Patterson, who served in that role after Moore stepped down June 1 following eight years as the commission’s president. Patterson, whose last day at the ERLC was Sept. 3, will be the new executive pastor at Central Baptist Church in College Station, Texas.

The trustees endorsed a candidate profile consisting of eight criteria presented by the presidential search committee to the full board that met at the Gaylord Opryland Resort & Convention Center in Nashville. Those requirements, in the profile’s words, call for the candidate to be: (1) Spiritually mature; (2) a faithful servant; (3) convictionally Southern Baptist; (4) appropriately educated; (5) an excellent communicator; (6) pastoral in heart; (7) an experienced leader; and (8) a proven unifier.

The complete candidate profile and information on how to apply for or recommend a candidate to be president are available at erlc.com/presidentialsearch. The committee will accept applications and recommendations until Nov. 30.

Bova, the newly elected board chair and a member of Taylor Memorial Baptist Church in Hobbs, N.M., served as vice chair the last two years. Eunie Smith of Alabama is the only previous woman to serve as chair. She was elected to that role in 2010.

Other officers elected or re-elected were Kevin Smith, an at-large trustee from Maryland, as vice chair and Justin Sampler of Oklahoma as secretary. Other ERLC executive committee members whose selections were affirmed by the board are Todd Howard of Arkansas as chair of the Administrative and Finance Committee, Alan Gayle of Oregon (Northwest Baptist Convention) as chair of the Communications Committee and Miles Mullin of Missouri as chair of the Research and Public Policy Committee.

Moore received the Richard Land Distinguished Service Award for “his faithful and consistent witness” as the ERLC’s president from 2013-21, according to the document nominating him for the honor. He “helped move the ball forward on what it means to stand for life in all its stages” and promoted religious freedom for all Americans, the document said. Moore is now public theologian for Christianity Today and leads the evangelical magazine’s new Public Theology Project.

Gulledge, pastor of Madison Baptist Church in Madison, Ga., received the John Leland Religious Liberty Award for his social-media advocacy for the Uyghur people, who are primarily Muslims, and his drafting of a resolution approved at this year’s SBC meeting that condemned the Chinese Community Party’s treatment of them as genocide.

Dever, senior pastor of Capitol Hill Baptist Church in Washington, D.C., was the other recipient of the Leland Award for his “model engagement with local authorities and his stand for religious liberty during the COVID-19 pandemic,” according to the document offering his nomination. With Dever’s leadership, the church abided by the city’s restrictions on corporate worship by meeting outdoors outside the District of Columbia but filed suit when the government prohibited it from gathering outdoors in D.C. with safety measures while allowing gatherings of thousands for other events. A federal judge ruled in the church’s favor, and the government agreed in July to pay $220,000 in legal fees.

Land served as the ERLC’s president from 1988-2013. Leland was a Baptist pastor in Colonial America who was instrumental in helping secure religious freedom in the Constitution’s First Amendment.

The trustees heard reports from Elizabeth Graham, vice president of operations and life initiatives, and Jason Thacker, chair of research in technology ethics, and approved motions affirming the staff’s work in both areas.

Graham described the ERLC’s pro-life work, including the Road to Roe50, which she described as a “short-term strategy to engage the church” in a collaborative effort with other organizations leading to the 50th anniversary in January 2023 of the Roe v. Wade decision that legalized abortion nationwide. She described an aged-based curriculum, a multi-stop tour in the fall of 2022 and a Washington, D.C., event in January 2023 as part of the Roe50 initiative.

Thacker introduced the board to the Digital Public Square, a newly launched project to help the church think wisely about the challenging issues raised by technology. The effort, he said, will consist of such major elements as a “state of digital governance” report, an evangelical statement on content moderation and digital governance, a church resource kit and the publication of two books before 2023.

“The ERLC wants to equip Christians and the wider culture to make sense of an ever-changing digital culture and to gain wisdom to navigate the most challenging aspects of technology and social media – including the nature of religious freedom and free expression in the public square,” Thacker said in a news release Sept. 16 announcing the project.

In other responses to motions referred to the ERLC from the SBC’s 2021 meeting, the trustees:

The trustees also approved a motion to affirm Bobby Reed and his 22 years of service as the commission’s chief financial officer. 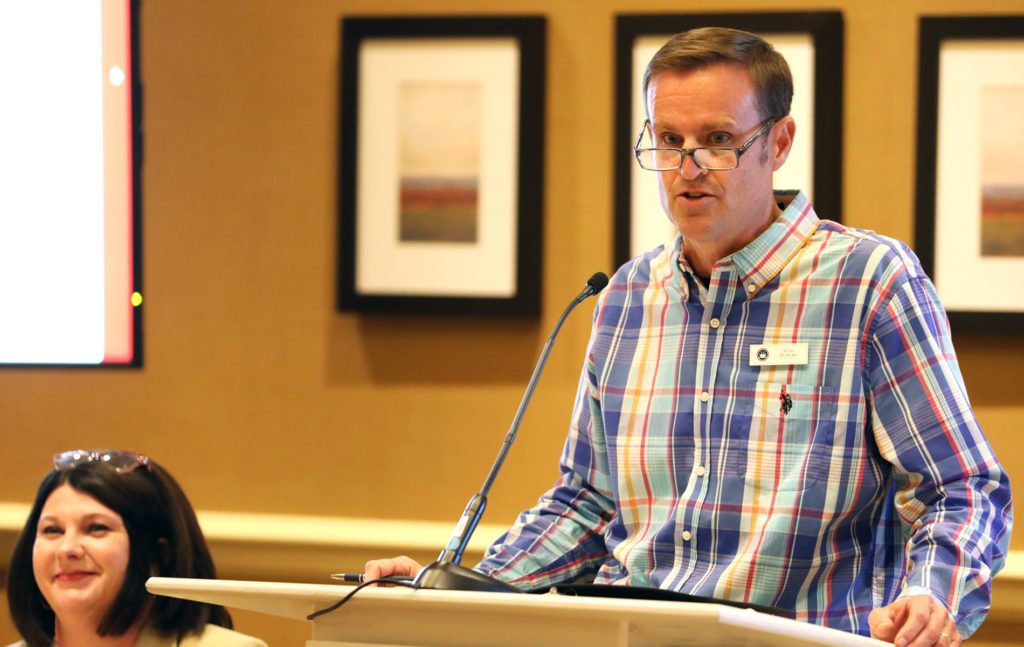