The Southern Baptist Convention’s Ethics & Religious Liberty Commission (ERLC) is asking Congress to pass tax legislation that would incentivize charitable giving in the wake of the novel coronavirus (COVID-19) outbreak.

ERLC President Russell Moore sent a letter to congressional leaders on March 19 encouraging legislators to consider a two-year universal charitable deduction. The effort could incentivize all taxpayers to make charitable contributions, not just those in the highest income brackets.

Churches and other nonprofits are among the first organizations to serve those in need in times of disaster. Many of those same organizations are bracing for the financial impact of a looming economic crisis as state and local restrictions meant to curb the outbreak have effectively closed many businesses indefinitely.

The U.S. Department of Labor released data March 19 indicating a sharp increase in the number of unemployment claims. A news release said the increase was “clearly attributable to impacts from the COVID-19 virus.” Economists expect those numbers to grow even higher in the coming weeks, according to news reports.

“I am gravely concerned about the future of the nonprofit organizations that serve the most vulnerable members of our society, and our churches and houses of worship, which provide hope and community to people who are hurting and searching for meaning during this difficult season,” Moore said in the letter to Senate Majority Leader Mitch McConnell, Minority Leader Charles Schumer, House Speaker Nancy Pelosi and Minority Leader Kevin McCarthy. “Without dramatic action, many of these nonprofits will be forced to close their doors.”

The Tax Cuts and Jobs Act of 2017 nearly doubled the standard deduction, which was projected to significantly reduce the number of middle-income households that claim a charitable deduction. Under the current tax code, about one in 10 households itemize deductions, according to the Tax Policy Center.

“Our government should welcome the generosity of all citizens – at all levels of income – who desire to help their neighbors through religious associations, educational institutions, and any organization that relieves poverty,” Moore said.

The North American Mission Board (NAMB) has already rolled out cutbacks and budgetary freezes to help ensure its missionaries can stay on the field.

“These are not ‘business as usual’ times and we will not be conducting business as usual,” NAMB President Kevin Ezell told staff in a conference call March 19. “We are all praying that things will bounce back quickly, but we are not taking anything for granted.”

NAMB’s Annie Armstrong Easter Offering for North American missions is a springtime staple in Southern Baptist life. The annual offering – a vital part of NAMB’s budget – comes at a time this year when Southern Baptists are beginning to prepare for hard times financially due to the fallout of COVID-19.

Sign up for text alerts from the Biblical Recorder news team 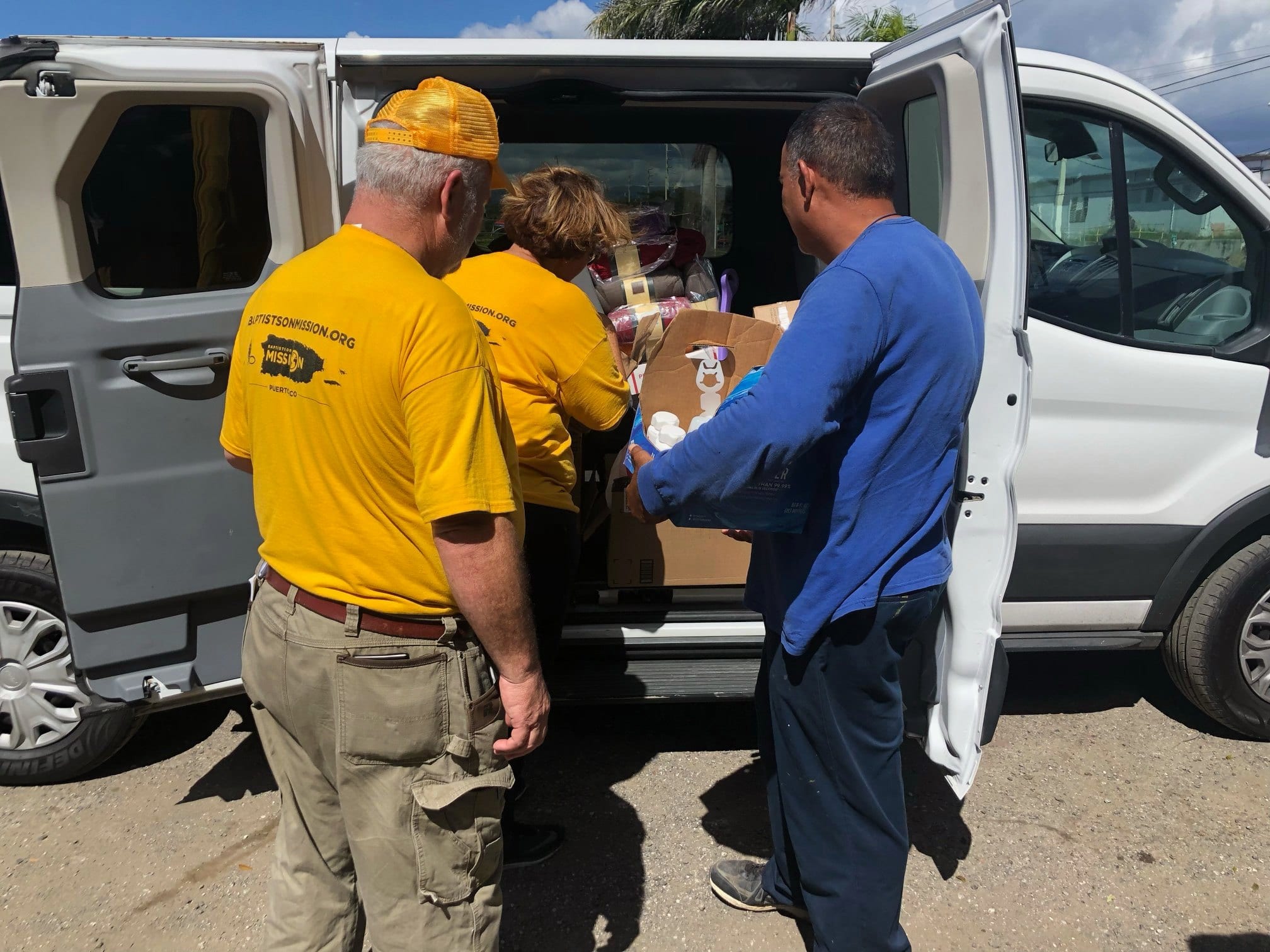 COVID-19: Baptists on Mission gearing up to help isolated, hungry