“It was exciting. It was electric,” Luter, the church’s senior pastor, said of the in-person service, a year after the COVID-19 pandemic forced Easter services to a virtual format. “We had so many people requesting to attend that we had to do two services this Easter Sunday, so that went extremely well.”

New Orleans churches are still under gathering restrictions imposed by Mayor Latoya Cantrell; the city was hard-hit by the pandemic with nearly 30,000 infections and almost 800 deaths. Attendance is currently limited to 800 in the church’s 3,500-seat sanctuary.

At Tate Springs Baptist Church in Arlington, Texas, Easter marked the first time since the pandemic began that attendance approached pre-pandemic numbers, said Jared Wellman, the lead pastor. The church averaged about 450 in Sunday worship before the pandemic.

“Overall, it was a very sweet time of worship, and our people were grateful to be able to gather together in person for Easter services,” Wellman said. “There was one member who came for the first time in a year, who ran up to me in the sanctuary with the biggest smile on her face to say hello and express how excited she was to be back in church physically.”

“We wanted to offer a fun, creative and safe way for people to participate in an Easter tradition, and we were able to share the gospel while we did it,” Wellman said. “We also held an in-person egg hunt. … It was really encouraging to see families enjoying the fellowship and activity together after not being able to host something like that last year.”

“There is still much fear and trepidation to large gatherings in the Black community. We are getting vaccinated at a slower rate and vaccine hesitancy is much higher than other cultures,” Edwards said. “Until our people become more comfortable, it is imperative that leadership becomes more creative. Thus, we decided to produce a safety protocol video and posted it on all our social media channels weeks before reopening so people could see the measures that are in place.

“It must’ve worked because we reached our limited capacity of 100 persons in three minutes after we released the notification.”

“Most in-person congregants were fully engaged on their mobile devices and commenting there,” Edwards said. “I actually believe they forgot that they were among other worshippers in a congregation setting. After a year of engaging the gospel by saying amen with thumbs up, celebratory emojis and hearts, it probably felt a bit odd responding vocally. I am curious if this is a new normal going forward.”

The Minecraft game Tate Springs created in 2020 in cooperation with the National eSports Association has enjoyed national exposure. Wellman said the top virtual gatherer collected “well over 1,000 eggs.” He praised Tate Springs members for remaining faithfully engaged in the life of the church during the pandemic.

“The church has been supportive, kind and generous. In fact, we were at the start of a debt payoff and new building campaign last year, and so we were initially concerned about what COVID-19 would do to the giving,” he said. “However, people have been incredibly generous and we essentially paid off our $800,000 debt in just a little over 12 months, which was a full year sooner than we planned!

“What’s more, insofar as it has to do with the mood of our members, they have sent kind texts and emails to our staff, as well as shared kind comments during the pandemic that kept us encouraged. They’ve really displayed the love and patience of Christ in what has been a difficult year and trying year.”

Franklin Avenue Baptist Church is recovering from the trials of the pandemic, which resulted in deaths among the congregation.

“At the beginning it was really difficult. We had (about) 15 people die within March, April and May. For the first three months it was really hard as a church family, with COVID-19,” Luter said. “But within the last eight, nine months, we’ve been doing a whole lot better. We still have deaths, but not all of them are COVID-related, but we’re doing a whole lot better.”

Franklin Avenue has conducted three COVID-19 vaccination drives in cooperation with Ochsner Medical Center, and has seen 3,500 people vaccinated at the church.

The church is not conducting baptisms during the gathering restrictions, but continues to extend membership opportunities. About 150 have graduated from new member orientation classes, and baptisms will be conducted after the pandemic restrictions ease.

“Hopefully we’ll be able to get back to baptisms and small groups,” Luter said, “hopefully by the summer.” 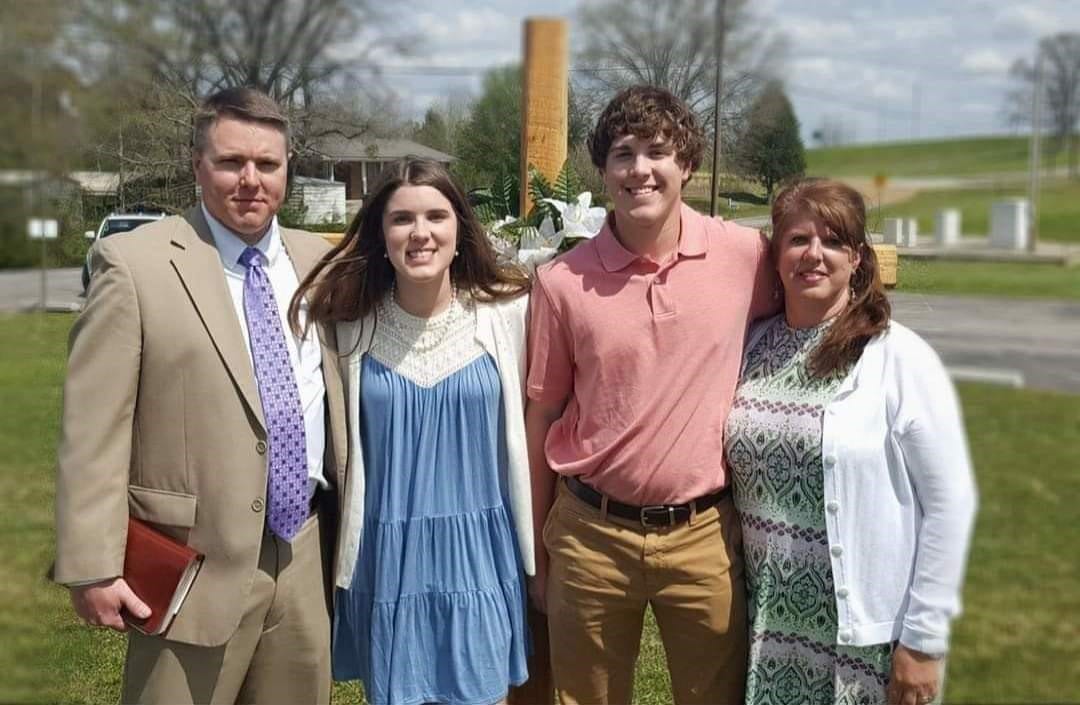