Explainer: Why doctors are morally, professionally culpable in abortion

Steve Hammond was a 28-year-old OB/GYN resident who started performing abortions to earn some extra money and because, it turned out, he was especially good at it. According to his own reckoning he performed more than 700 abortions.

“I was convinced,” he recounts, “that abortion was just another procedure and that I was helping my patients in the process. I was convinced that if my patient and I decided that the best thing for her was to end her pregnancy, then the government should not interfere.” Since the law allowed it, his patients wanted it, and he was good at it, why not?

Until—as he tells the story in the third person:

“The baby kicked him! The doctor had a 1-year-old boy at home, and he knew what a baby’s kick felt like. Every time he changed his own little boy’s diaper, he experienced the powerful thrust, and this was exactly the same. It didn’t stop. He put his hand on [the woman’s] abdomen for the first time, felt the uterus and confirmed that the baby was squirming violently inside her. She had lied about how far along she was, and the faculty member had missed the fact that she was at least 22-24 weeks pregnant.”

But what difference did that make? The patient wanted the abortion, and under Roe v. Wade (1973) and its companion Supreme Court ruling, Doe v. Bolton (1973), it was legal. What happened to Hammond next? He puts it this way in in his book, The Christian and Abortion:

“I went from being a young Christian to a physician—well trained in how to care for human beings—who turned his back on his responsibility and ended the lives of more than 700 babies. I could blame the church for not having given me the ammunition to resist the indoctrination I had received in medical school and residency. I could blame my parents for not saying “We raised you better than that” (they didn’t say a word against my job of performing abortions). But the truth is that I can only blame myself. I should have been a better student of what the Bible says about the sanctity of human life. I was the one who put those little baby parts back together without flinching after each abortion.”

In the course of time, Hammond came to understand that he was morally culpable for the 700 lives he took. He was also professionally culpable. As a physician he was pledged under medicine’s first ethical principle to “do no harm”—a principle as old as medicine itself. More specifically, in taking the Hippocratic Oath, dating back at least to A.D. 275, a physician promises, “I will not give to a woman a pessary [drug] to cause abortion.” Unfortunately, by the mid-1990s, fewer than half (58/157) of medical schools in the United States and Canada still used the oath, and only one in its original form. Only 8% of those schools used an oath that prohibited abortion.

So while his own conscience and professional duty did not prevent him from killing preborn human beings, maybe the law would have. Similarly, prior to the legal abolition of American chattel slavery in the mid-19th century, many Americans were not convinced of the harm done by enslaving Africans and Caribbeans to work their plantations. After all, most of their consciences were not smitten, and it was legal and widely practiced. Regardless, the law had to change to prevent people from being harmed by institutionalized slavery. Again, many Americans were not convinced in their consciences of the injustice of forced racial segregation under Jim Crow legislation. Millions of Americans were brought up under “separate but equal” as the normal state of affairs, and it was legal. So, the law had to be changed to address the injustice.

Laws may not be able to change attitudes, but they can encourage certain practices and penalize the infraction of the law for the sake of preventing harm. Would the criminalization of abortion have stopped Hammond from performing abortions? No one knows for sure, not even Hammond. People violate laws all the time. But the remedy is not to have no laws, but to enforce those we have. He should have been legally culpable as well as morally and professionally culpable.

As Hammond puts it in the book, “Societies pass laws forbidding murder, prostitution and driving while intoxicated because these acts are immoral; they injure and otherwise risk the health, life or well-being of another person, and they do not promote the general welfare of the population.” Physicians are morally culpable for performing abortions. They should also be held accountable both legally and professionally.

(EDITOR’S NOTE – C. Ben Mitchell is provost and vice president for academic affairs at Union University in Jackson, Tenn., as well as a research fellow with the Ethics & Religious Liberty Commission.) 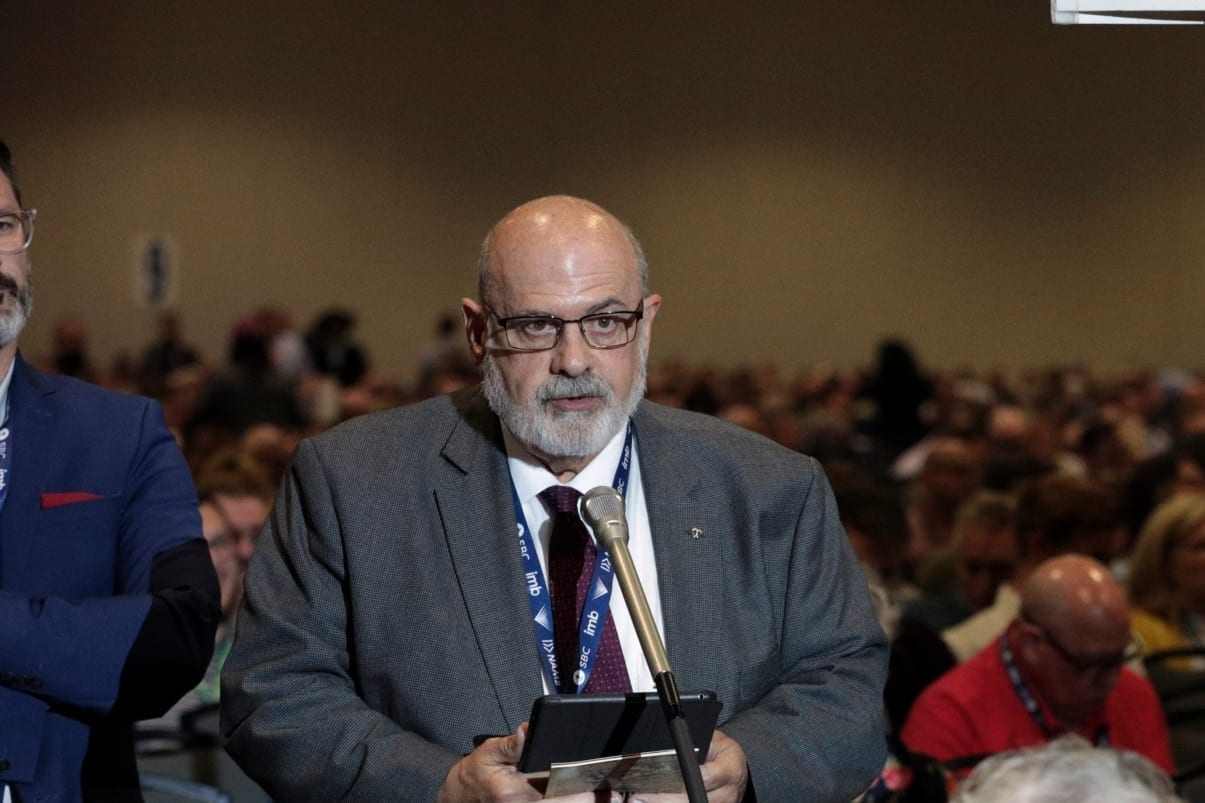