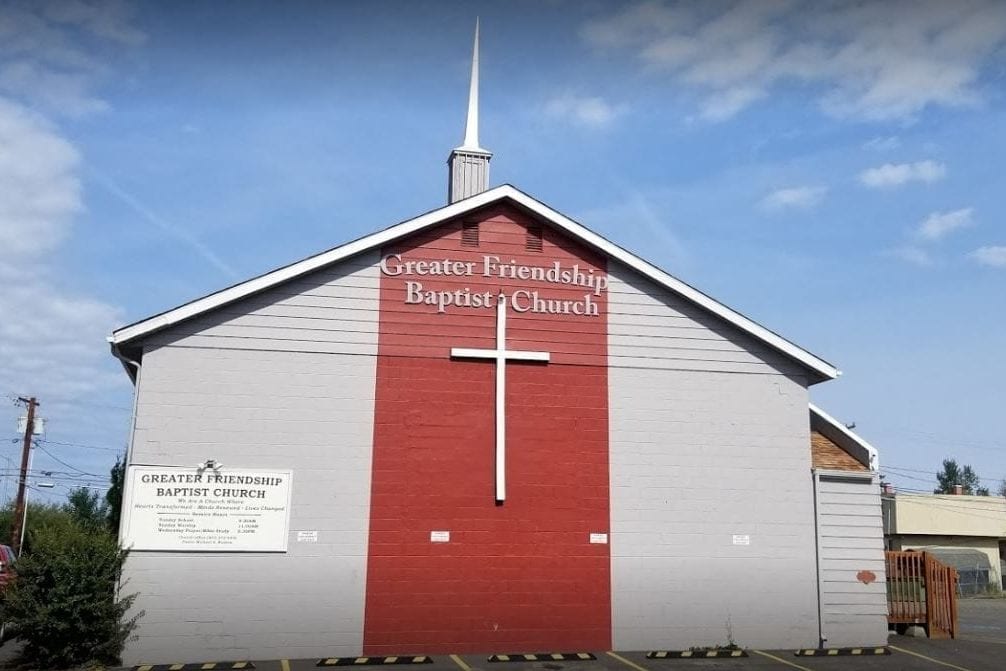 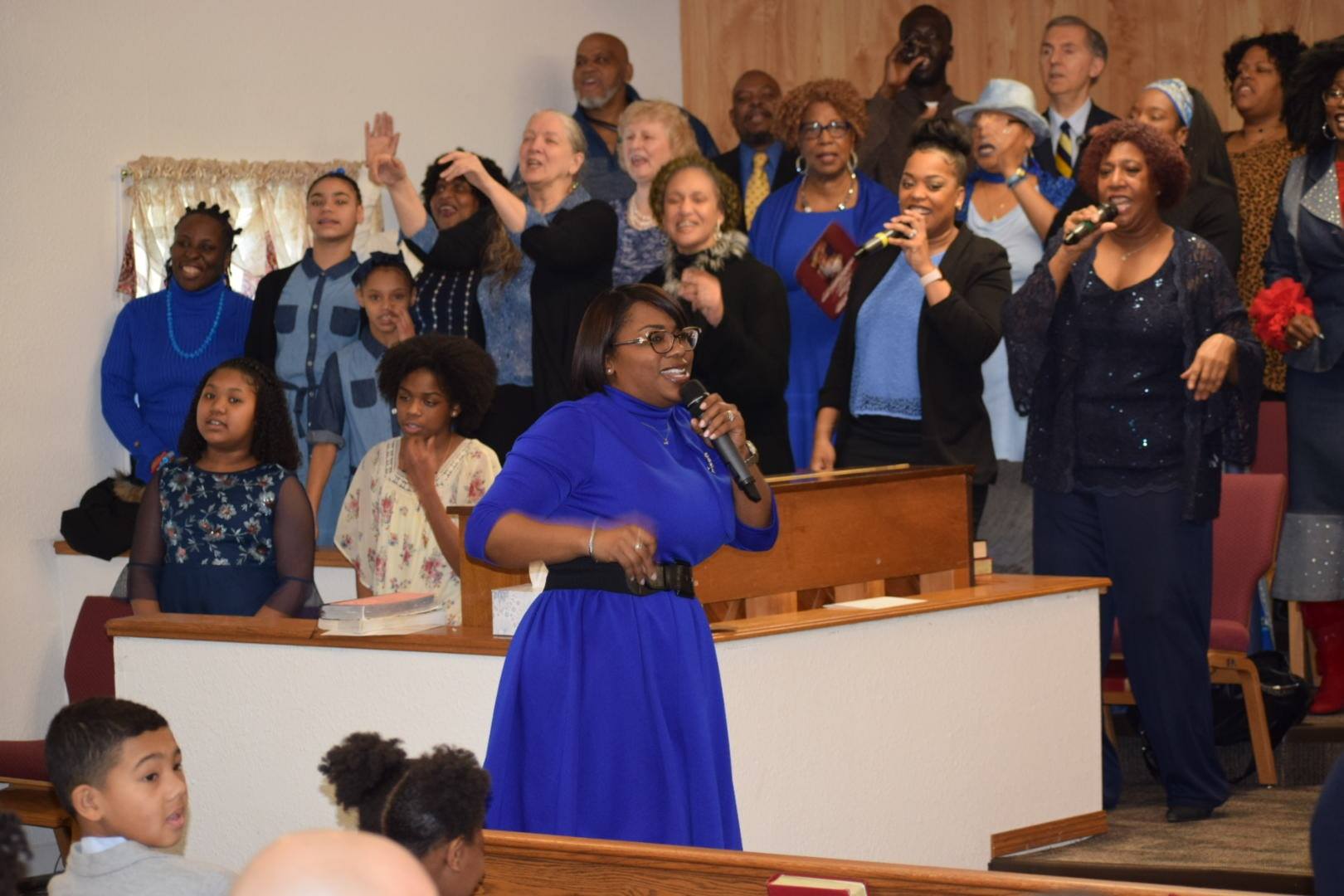 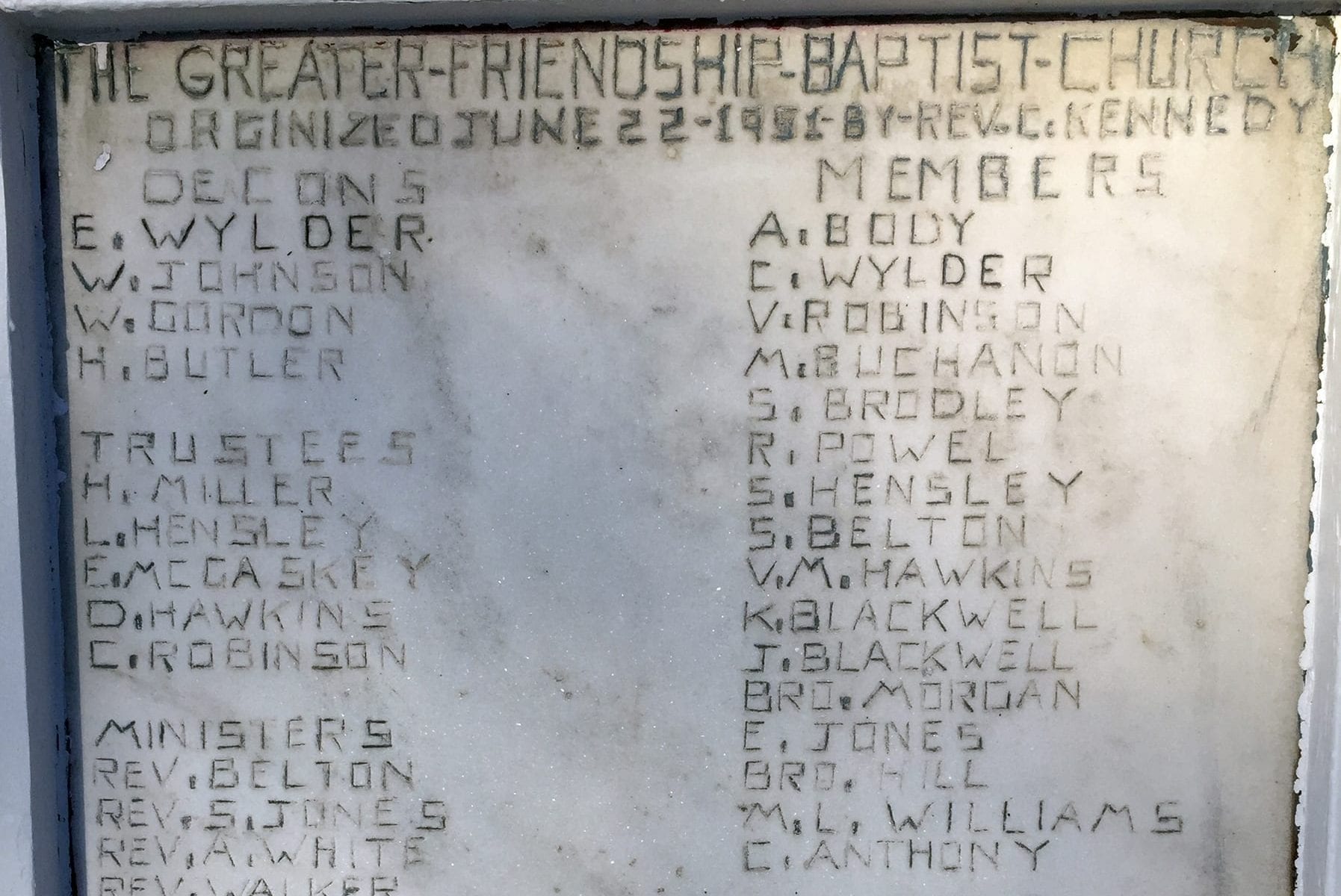 Greater Friendship Baptist Church was the first black Southern Baptist congregation when it was founded in 1951. Nathalie Bunton, wife of Greater Friendship Baptist Church pastor Michael Bunton, leads the congregation in worship. Pastor Bunton sees the misspellings in the 1951 marker of the church as a source of pride. “It doesn’t matter how educated they were, they knew Who Jesus was, kind of like the disciples.”
(Church photos)

But Bunton has a broader vision for the church distinguished as the first black Southern Baptist congregation – at least since the 19th century – when it was founded in 1951.

“When I got here five years ago, I made it plain and clear that we don’t want to be known as the first African American church in Southern Baptists,” Bunton told BP. “We want to be the most successful multicultural church in Alaska, that’s our goal.”

Yet, the church saw fit to petition the federal government to be listed on the national register, an honor bestowed June 21, 2019.

“We wanted Alaska and the Southern Baptists to understand that we as African Americans are vital in the growth of Christianity in this state and in this nation. And we are a pillar in our community,” Bunton told BP. “The two or three major churches that are prominent were birthed from Greater Friendship.”

Greater Friendship was organized before the U.S. officially desegregated schools through the Brown v. Board of Education decision of 1954 and before Alaska became a state in 1959. David Reamer, a historian who has documented Greater Friendship’s history and compiled the application that garnered the national historical register designation, said blacks have enjoyed greater opportunity in Alaska than in southern states hampered by Jim Crow, lynching and other ills.

But Bunton said the state still suffers racism, pointing to discrimination that he says stems in part from the small size of the black population that has left it difficult to gain a foothold in political decision making. The indigenous population, which according to the U.S. Commission on Civil Rights includes 228 federally recognized tribes, also experiences discrimination, Bunton said.

“We are still battling the sense of discrimination here,” Bunton said, “but I think as pastors, the church has to stand up and begin to vocalize the prejudices against the Alaskan African American community as well as the minority.

“And the natives are very much discriminated against, more than we are, but it’s a challenge for us both to do what we can do without the benefit of having political power, without having the resources and the finances to fund our different goals,” Bunton told BP. “But we’re pressing forward and we’re going to change Alaska for the better.”

In addition to eight majority black congregations in the statewide ABRN, the 120-church network includes eight native churches and missions, and 10 Asian congregations.

“The biggest challenge we have here is reaching the native people,” Covington said. “When we try to go into the villages … white people are not as accepted in the communities.” It can take years for a church to establish relationships needed to evangelize villages, Covington said.

Bunton is revamping his evangelism ministry and is trying to extend his global reach through social media.

“What we are really engaging in is how to evangelize more effectively, even in our community, our state as well as our nation and our world,” Bunton said. “Our vision and our mission statement is to train and disciple people to be followers of Jesus Christ through the Word of God, regardless of color, regardless of creed and ethnicity. So what we’re doing now is developing a plan.”

Located in what Bunton describes as one of the poorer ghettos in Anchorage, the church owns two lots, has a vision to purchase eight entire blocks and hopes to secure government grants to build medical and housing facilities to minister to the population suffering homelessness and substance addiction. In Bunton’s five-year tenure, he has grown the church from 18 members to nearly 170, he told BP.

“When I got here in November 2014, I think it might have been eight to 10 people I was preaching to. But now, even as of last Sunday, we had at least 170 people, including children. So we’re just trying to win people over with the love of Jesus Christ, first and foremost, and not put a color shade on it. But we want to reach out to all ethnicities.”

With blacks comprising less than 4% of the population, Bunton pointed out, “if we limited ourselves to just African Americans, we would fail as a church.” 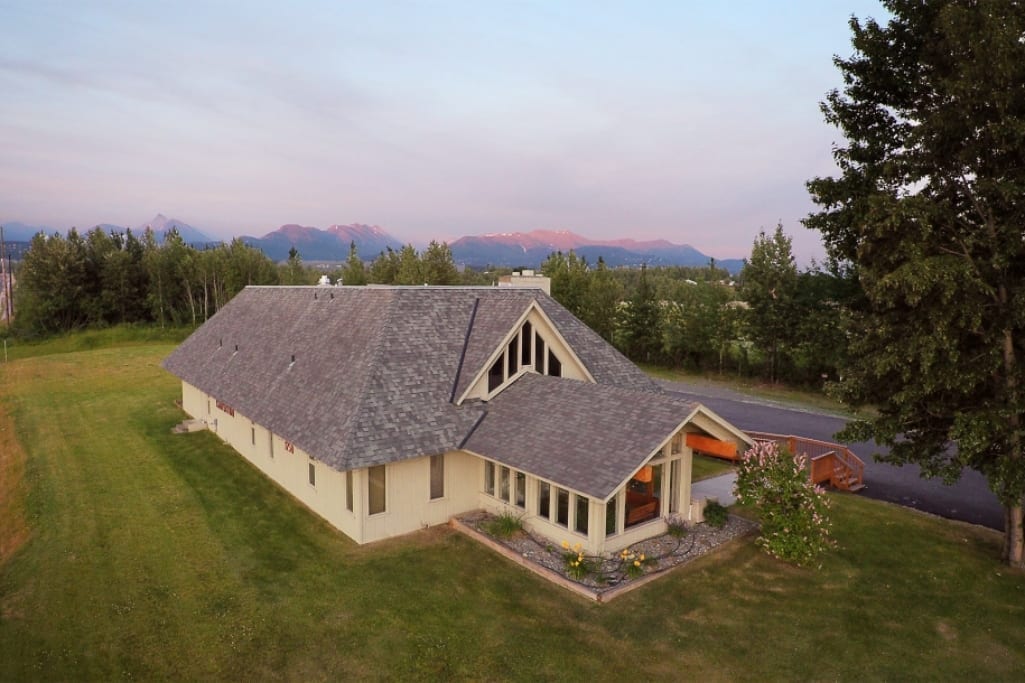 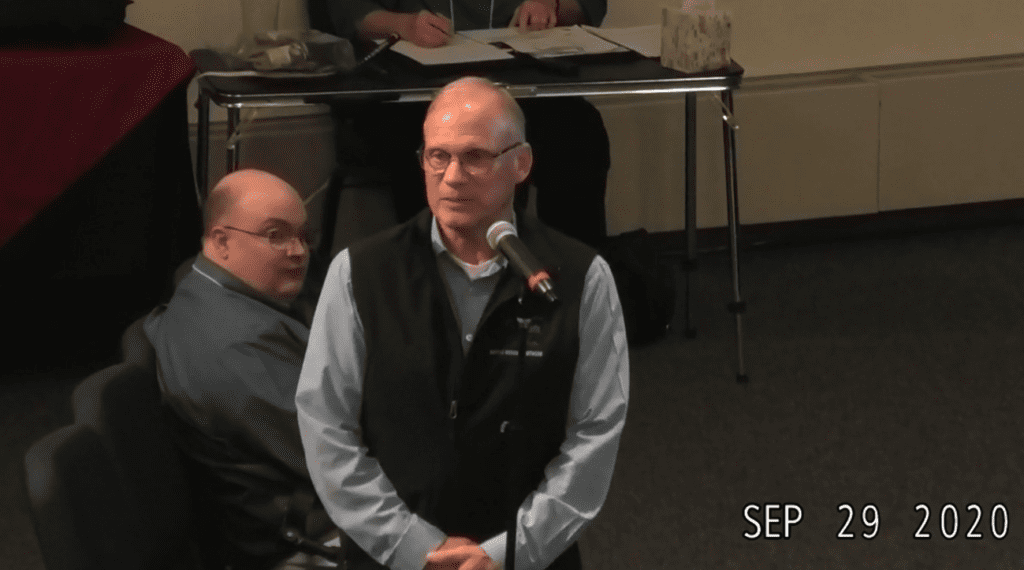