Fruitland Baptist Bible College’s newest graduates were urged to depend on the power of Jesus Christ and to live in His power as they complete studies and move toward ministry.

The school presented degrees and certificates to 30 graduates during its winter commencement exercise at the main campus in Hendersonville on Dec. 13.

Fruitland is owned and operated by the Baptist State Convention of North Carolina and has about 350 students studying at the main campus and satellite locations across the state. Online courses are also offered.

Scott Thompson, vice president for academic affairs, delivered the baccalaureate sermon based on the final verses of Matthew 28 in which Jesus commanded His followers to go disciple the nations. Thompson had the pleasure of seeing his own son, Yance, receive a degree during the program.

Seven Hispanic graduates received the certificate of Christian leadership and diploma in Christian ministry after completing 32 hours of coursework, conducted in Spanish at the main campus and satellite locations in Sylva, Charlotte and Wilmington. Roberto Fernandez, who directs the Spanish program, translated Thompson’s message into Spanish.

“We want discipleship to be instilled in the DNA of Fruitland graduates,” Horton said. “Getting a degree from Fruitland involves academic achievement in the classroom, but it also involves a strong personal spiritual commitment to Christ as His disciple and a passion to disciple others.”

Fruitland is thankful to be a ministry of the Baptist state convention, Horton told the congregation, noting that the school receives about half its annual operating budget from the convention through the Cooperative Program. Horton said if those present see “Cooperative Program” in their church budget, they could feel good, because that means their church is supporting Fruitland and many other missions and ministry efforts across the state, nation and world.

Horton also announced a new training program for lay people which will be launched in January 2020. The new program will equip members to teach Bible courses in their churches and provide a Bible teacher certificate to those completing the work. But he said the program will also welcome anyone wanting to study the Bible in a more in-depth way. Flexible schedules will accommodate work schedules and the like, Horton said.

Horton said he also anticipates launching a new bachelor of arts in pastoral ministries program in 2020. That new program will be conducted in partnership with Southeastern Baptist Theological Seminary, pending final approval by Fruitland’s board of directors.

This program will allow students to complete up to one third of a master of divinity degree through Southeastern college and seminary classes taught on Fruitland’s campus. More details will be available early in 2020, Horton said.

Thompson told the graduates that Matthew 28:18 says all power in heaven and earth has been given to Jesus. “That’s the foundation that everything we do stands on,” he said.

Horton urged the students to live in the Spirit, not the flesh, though he acknowledged he still struggles at this point, even after 33 years in ministry. He urged striving for revival, but not one that lasts a day or for three weeks, asking, “Did you know God intended you to live in revival from the day you are saved until the day you are glorified?”

Thompson said discipleship is the objective laid out in these Great Commission verses, but added, “Discipleship is accomplished only in the power of God.”

Students are drawn to Fruitland from many backgrounds. Graduate Kyle Thomas Smith was well into a career as a state trooper with the North Carolina Highway Patrol that began in 2006. He served in Charlotte and Asheville before moving to his hometown of Hendersonville. But he resigned in 2017 to begin preparing himself for ministry and enrolled at Fruitland.

Smith, 38, said he is thankful God allowed him to serve with the highway patrol, but he said working in ministry amounts to a promotion. He became children’s pastor at Ebenezer Baptist Church in Hendersonville about two months ago. “This is something I’ve longed for,” Smith said.

Fruitland proved to be a great choice, Smith said, and he has been pleased with the education he received and the professors, staff and administration who provided it. “Fruitland is absolutely the best school I’ve ever attended,” Smith said, “and I am very proud and honored to be a part of this school.” He and his wife, Lindsey, have three daughters.

Bill Mackey said he is amazed at the students who study the Bible-based courses Fruitland has offered in Rocky Mount over the past eight years. Fruitland offers the classes through a partnership between the Baptist State Convention, North Roanoke Baptist Association, Word Tabernacle Church and Greater Joy Baptist Church.

The two churches are the city’s largest African American churches. Word Tabernacle has about 1,500 members and Greater Joy almost that many in its city campus and a satellite ministry at Roanoke Rapids.

Fruitland has offered 16 classes, two each quarter. A recent addition was teaching on biblical counseling.

Mackey said he was concerned that graduate Lenette Britt had not passed an English exam before enrolling in the classes. Then he found Britt has written books and plays, which testified to her skill with English.

Graduate Terry Williams works with wayward students in the Rocky Mount school system. She has been a straight A student, Mackey said.

Most of the students in the Rocky Mount program have come to Christ later in life and many have had traumatic experiences along the way.

Mackey said the changed lives he has seen are a wonderful testimony to the power of the gospel. 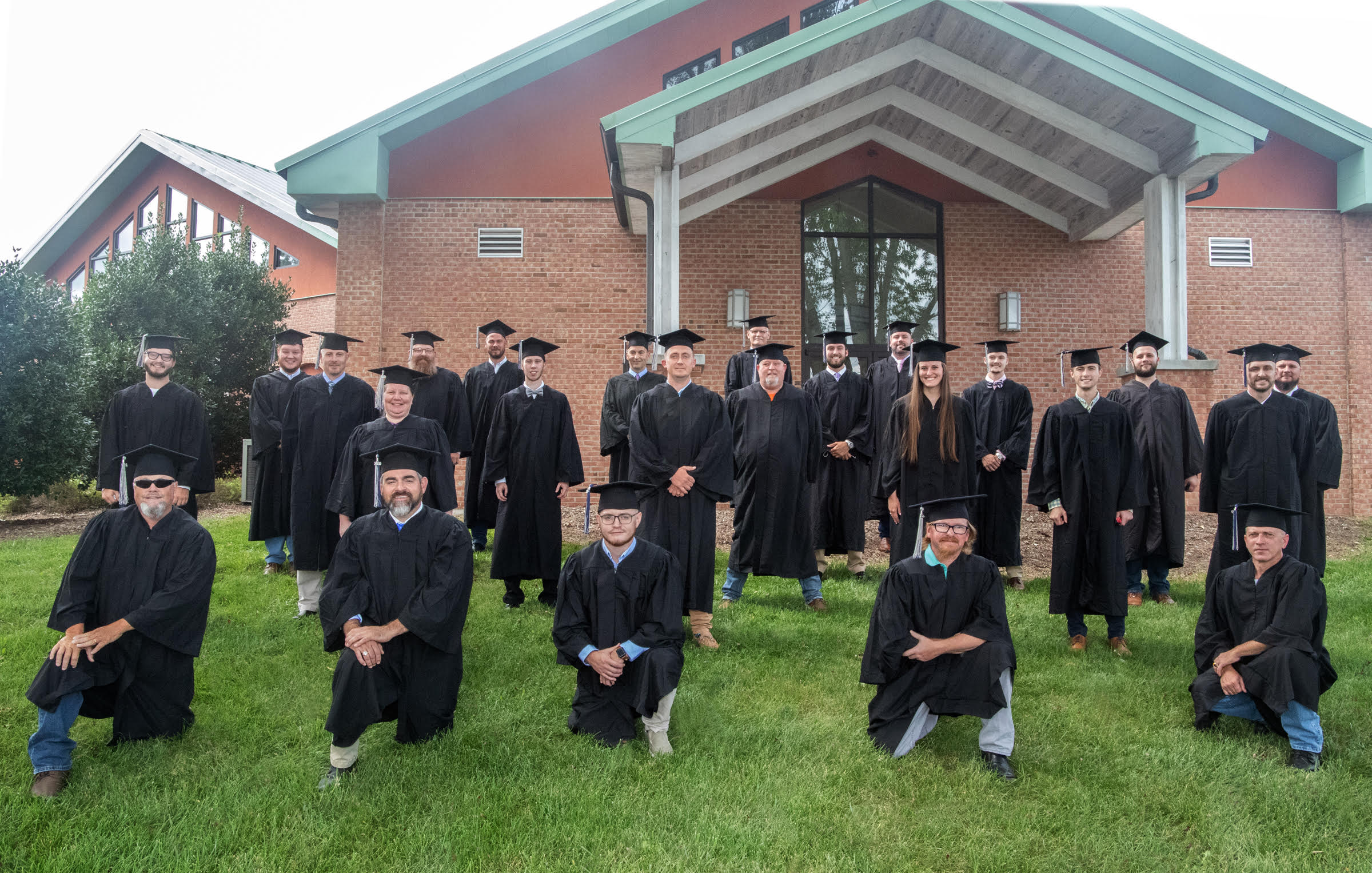 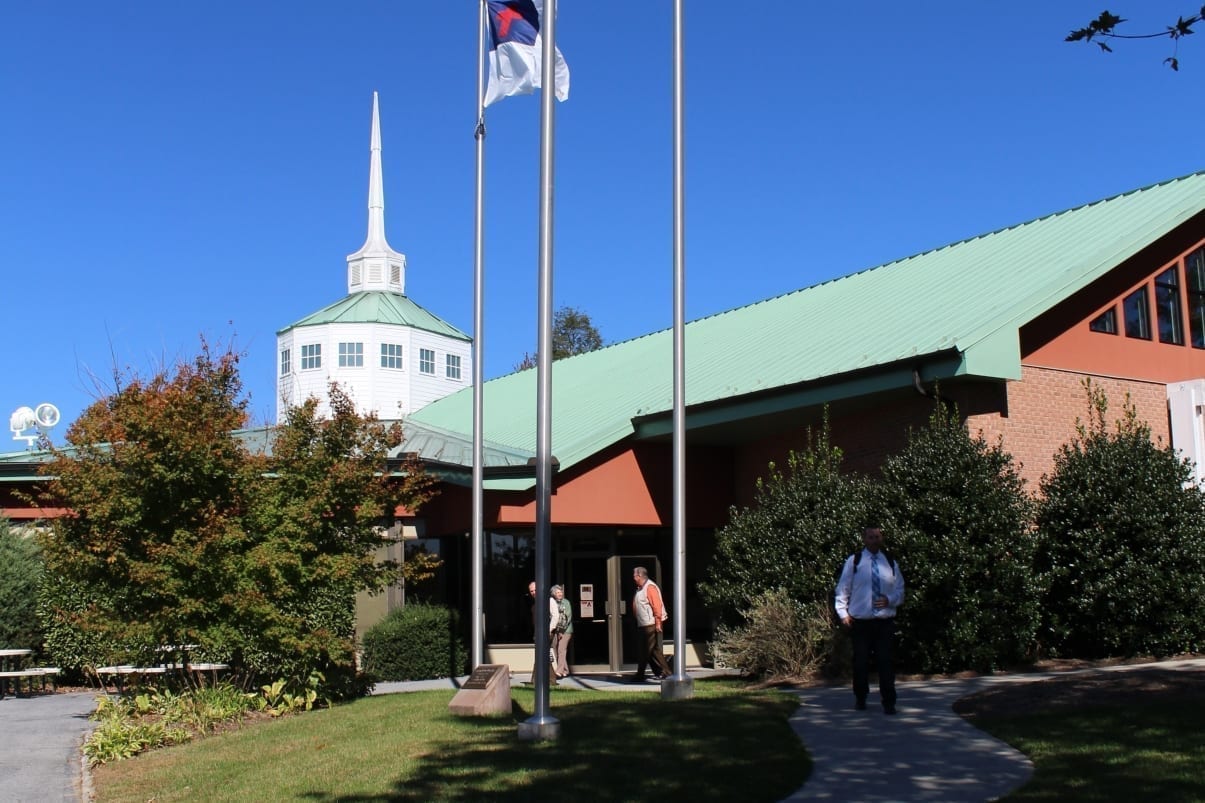 Future Leaders: How N.C. Baptists are training the next generation