As the ERLC transitions to new leadership, he committed to continue the ERLC’s assignment while working cooperatively with other SBC entities to honor the will of Southern Baptists, working to protect human life and religious liberty, and to make churches safe spaces free of abuse.

ERLC trustees have committed to fully cooperate with an investigation 2021 SBC messengers approved regarding allegations and cases of sexual abuse.

“We believe we have exhibited the utmost care and a servant heart in these instances,” Leatherwood said. “But if we haven’t, then we want those instances to come to light, so that we can learn from them and be better, because that’s what we are called to do.”

He pledged ERLC’s commitment “to do everything” they can to partner with churches, pastors and entities “to make our churches safe for survivors and safe from abuse.”

Gateway Seminary President Jeff Iorg hailed the upcoming 2022 SBC annual meeting in Anaheim, Calif., as a “rare opportunity” for Gateway to participate in the annual meeting.

The last time the meeting was so accessible to Gateway, Iorg said, was the 1962 meeting in San Francisco when the school was known as Golden Gate Seminary.

“The most unique thing happening at Gateway this year is we’re capitalizing on all of you coming to visit us and [creating] specific strategies to make sure that we take advantage of training our people and exposing so many Gateway folk to the Southern Baptist Convention,” Iorg said, “and then hopefully giving you a new vision, a new image, a new impression of what God is doing through Southern Baptists across California and the West.”

When O.S. Hawkins retires in March 2022, as president and CEO of GuideStone Financial Resources, he will have served nearly a quarter of the entity’s existence.

“I’ve never gone to that office in 25 years that I didn’t feel so called of God to that place and so privileged to be able to serve others,” Hawkins said. “Now that I’m winding down, I’ve recognized more than ever that this is a stewardship.”

He described the Mission:Dignity program to supplement the income of widows and retired pastors in need as “the heart of GuideStone since its inception.

“It’s not a Southern Baptist welfare check,” Hawkins said. “We try to communicate to them that this is an honorarium … due all along.”

Incoming CEO and President Hance Dilbeck said he praised God for using Hawkins “to bless Southern Baptists,” and said he has prayed for effectiveness in his new post.

The Lottie Moon Christmas Offering for international missions, when combined with giving to Lottie Moon projects, is on track to exceed its goal of $175 million by $2 million this fundraising year, International Mission Board (IMB) President Paul Chitwood said.

“Even more astoundingly by God’s provision, the total of all IMB revenue streams will make this the best year in our history of the IMB when it comes to financial contributions,” Chitwood said. Giving began to rebound in 2018 after about five years of decline, with the current fiscal year marking the first time in history the offering has surpassed $160 million.

Southern Baptist generosity and sacrificial giving has helped the IMB send “the very best to the nations,” he said, enabling the entity to reach 1,400 unique people groups internationally in 2020.

“Southern Baptists have sent the very best to the nations,” he said, with 91% of IMB missionaries working among unreached people groups. “That is strategic on our part to see that those who have no witness, have a witness.”

Through its Church Connections strategy, IMB is working to assign every Southern Baptist church an IMB missionary to help each church grow in its commitment to cooperative missions.

“We believe these vital connections have the potential to positively transform our entire convention,” he said, “and will result in more people in North America and the nations hearing the gospel of the Lord Jesus.”

The IMB is rebounding from decades of financial decline, he said, and remains committed to reaching the remaining 3,000 people groups that haven’t heard the gospel.

Lifeway Christian Resources CEO Ben Mandrell described the entity as “in a strong financial position.” Churches have rebounded from the COVID-19 pandemic, he said, which will allow Lifeway to “likely finish the year at break-even or better.”

The entity, which sold its new location in the Nashville Gulch community and closed its brick-and-mortar stores, has no debt and enjoys about $10 million in positive cash flow, Mandrel said.

He said Lifeway is pursuing a new strategy of multiplying by reaching and serving church leaders in charge of reaching the community and making itself valuable to the local church by designing tools churches need to conduct effective ministry.

Lifeway’s annual missions offering at summer camps attended by 87,000 children allowed the entity to give $294,000 to IMB and $151,000 to the North American Mission Board. Lifeway recorded 1,400 salvation decisions among camp attendees, Mandrell said.

What separates Midwestern Baptist Theological Seminary (MBTS) and other Southern Baptist seminaries from others is its confessional bond perched on the 2000 Baptist Faith and Message, MBTS President Jason Allen said.

As the leader of the youngest Southern Baptist seminary, he recounted the story of Ralph Elliott, an early MBTS professor who swayed from biblical truth, leading the SBC to adopt the 1963 statement that the Bible is “truth without any mixture of error.”

Confessional fidelity, the Cooperative Program and the fact that the SBC has limited its seminaries to six institutions are three essentials of Southern Baptist education, Allen said, addressing an EC body that includes 27 new members.

New Orleans Baptist Theological Seminary (NOBTS) is rebuilding from Hurricane Ida that damaged every building on campus when it struck New Orleans Aug. 30 as the fifth strongest storm in the nation’s history.

NOBTS President Jamie Dew spoke of the seminary’s resilience in resuming onsite classes Sept. 20, the generosity of donors in helping the seminary repair storm damage and a “campus spirit” among students, faculty and staff.

“In short, we got punched in the throat, but in short, we’re marching on,” he said. “Our donors have been incredibly kind and generous to us. They responded well.”

NOBTS is revamping its distance education strategy for more effectiveness and has relaunched its global missions center with new hires.

“What we hear is a reminder that every single day, tens of thousands of people slip into eternity without Christ,” Dew said. “And it is our passion, it is our goal for NOBTS to roll up its sleeves and do their part in sending students to the nations.”

He plans to announce this year’s total after the fiscal year ends in October, but said cumulative giving over the life of the offering has surpassed $2 billion.

“What an amazing testimony to God’s faithfulness and to Southern Baptists’ commitment to the Great Commission,” Ezell said. “It is humbling to look back over the years and think about all the missionaries who were supported and all those who were introduced to Christ because of this ministry that was sustained by this offering. The impact on eternity can’t be measured this side of heaven.”

Ezell championed church planting, evangelism and pastoral care. As an example of NAMB’s compassionate care, Ezell showcased on video a missionary couple Philip and Jummai Nache. After Jummai’s battle with COVID-19 forced doctors to amputate her legs and one of her hands, NAMB purchased the couple a handicapped accessible van (see video below).

“I don’t know what to say,” Philip proclaimed, praying the vehicle be used for God’s glory.

Southeastern Baptist Theological Seminary (SEBTS) President Danny Akin championed working cooperatively to educate Southern Baptists to fulfill the Great Commission, noting that SEBTS has awarded in the past five years more than $3 million in scholarships to the children of IMB and NAMB personnel.

“I believe the best theological education takes place under the umbrella of the Great Commission,” Akin said, “and we rejoice in that partnership both with the International Mission Board and the North American Mission Board.”

SEBTS educated more than 5,700 students last academic year, offers the bachelor of arts in Biblical studies in Farsi (Persian) and is working with IMB to reach the Persian people group.

“The Southern Baptist Foundation’s motto is very simple. It’s serving Christ by serving others. That’s what we’re all about,” Peek said. “Our goal is to help inspire individuals to invest in Christian causes that are going to have an impact for God.”

Without receiving any Cooperative Program (CP) dollars, since its inception in 1947, the foundation has distributed $5.1 billion, Peek said.

The fund has given $5.1 million to the IMB, which has helped the missions board raise $200 million, and has given more than $847,000 to the CP to support missionaries, Peek said. The more than 10,000 seminary scholarships the foundation has awarded exceeds $6.4 million.

The foundation also shares the gospel and receives prayer requests through its website, having shared the plan of salvation more than 3,700 times since 2017.

“A confessional identity and a confessional accountability is what draws students,” he said, “and they are being drawn from all 50 states and almost 70 foreign nations right now, even in the midst of the pandemic.”

He pointed to Deuteronomy 29:29, focusing on the secret things of God and the things revealed to God’s children. SBTS focuses on the revealed things of God, His Scripture.

Southwestern Baptist Theological Seminary (SWBTS) will celebrate in 2025 the hundredth anniversary of both its 1925 adoption by the SBC and the birth of the CP, SWBTS President Adam Greenway said, coinciding with the 2025 SBC annual meeting in Dallas.

The COVID-19 pandemic, which began one year into Greenway’s presidency, has recreated a great challenge and burden not only for SWBTS, but also for pastors and churches.

“It is a significant and a serious moment that confronts all of us, particularly you who are members of this Executive Committee,” Greenway said. He pinpointed new and old challenges including a cultural shift from biblical truth.

“As president of Southwestern Seminary, I want you to know that the Baptist Faith and Message is our faith and our message,” he told the EC. “We stand in lockstep solidarity, exactly where Southern Baptists have said, ‘Here we stand.’

“There may be a liberal drift somewhere, but I can assure you it’s not at the Southwestern Baptist Theological Seminary.”

The 133-year-old National WMU has been based in Birmingham, Ala., 100 years and has awarded 140 Heart Fund grants to help people rebuild after catastrophes since the Sept. 11, 2001 terrorist attack.

In coordinating a telephone campaign to thank churches for giving to the Annie Armstrong Easter Offering, WMU National President Connie Dixon helped reach 932 churches. Other WMU leaders made thousands of calls to encourage Southern Baptists to give generously during the pandemic.

Other numbers focused on WMU’s diversity, with women of color comprising nearly a third of the National WMU board, seven African Americans holding national vice presidencies, and seven state directors are women of color.

“I believe that National WMU is one of the most diverse boards in Southern Baptist life,” Wisdom-Martin said. “So many women of color are finding their place in God’s plan through WMU, and we celebrate the leaders that God is raising up.” 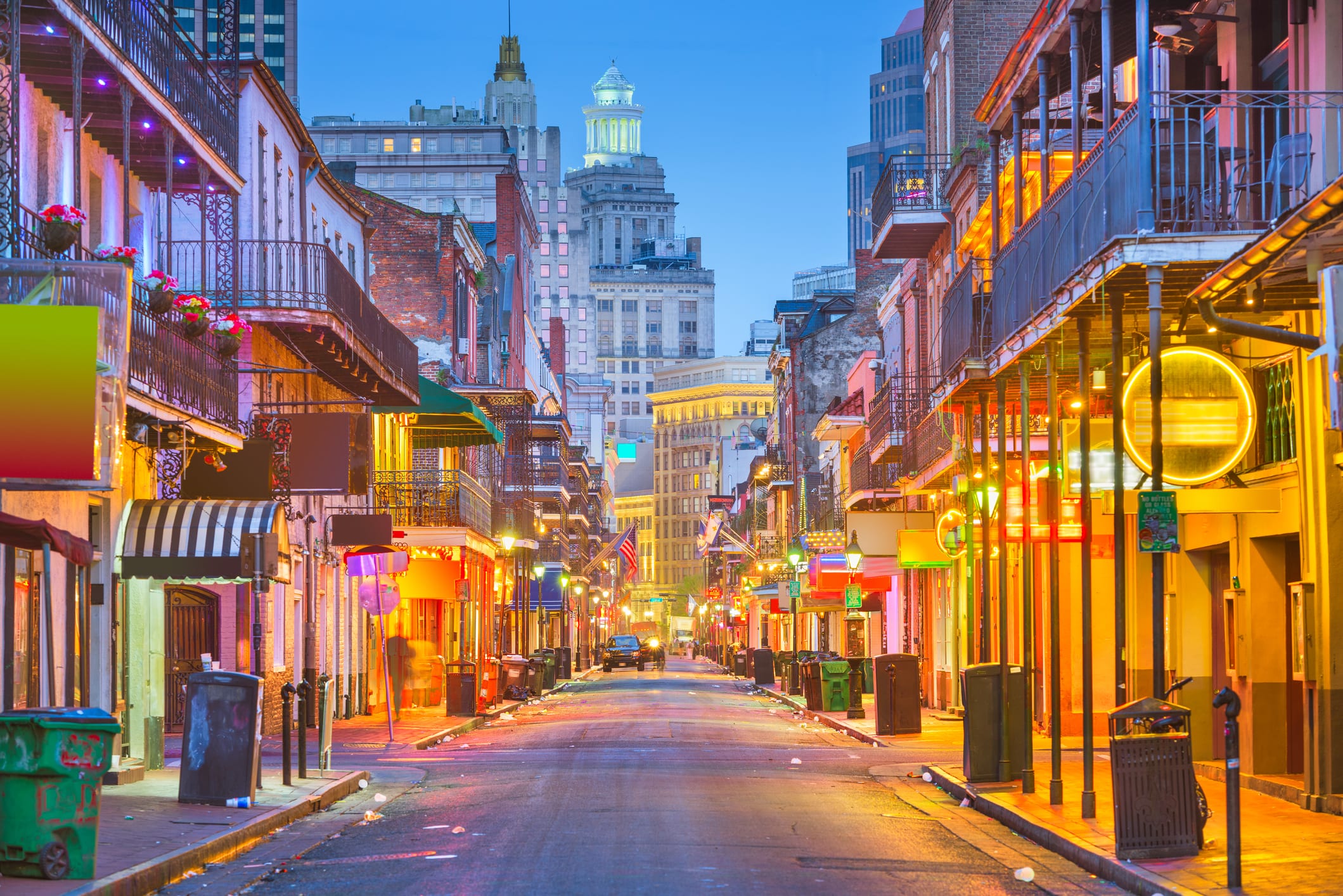 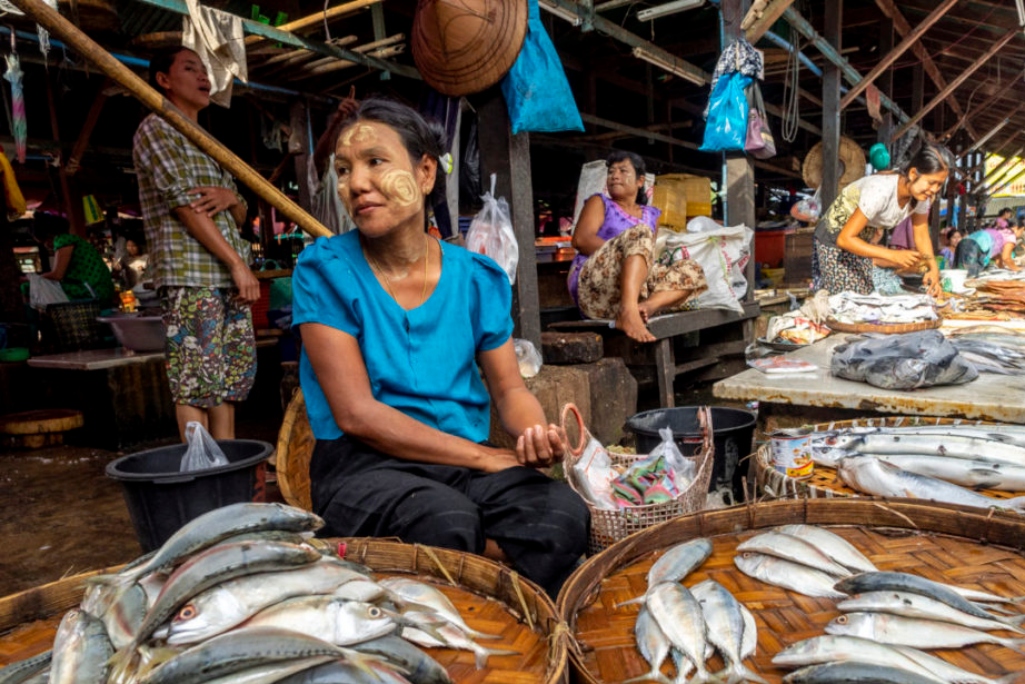