An ongoing discussion between Main Street Baptist Church, the city of Lexington and leaders of a local park has become one of infrastructural progress versus integrity.

At issue is parking for the church and a proposed green space adjacent to Rupp Arena, the home of the University of Kentucky Wildcats basketball games. The arena is part of a larger development, the Central Bank Center, that also boasts a convention center and hotels.

In 1985, city leaders purchased the property when it was also being considered by Main Street Baptist. At the time, the church was told with a handshake agreement that it could use the new parking lot behind the arena.

However, expansion of Rupp Arena and the convention center as well as plans for an extended green space have eliminated the 250 parking spaces the church says it needs.

“We’re considering some options of possibly moving if the Lord closes this door,” Main Street Pastor Victor Sholar told Kentucky Today earlier this month. “I believe the congregation kind of sees the handwriting on the wall. Even if we were to stay, where they are expanding and bringing in more events, it creates a problem for us. It was already difficult adjusting our services with the basketball games.

“If they can’t guarantee parking, then we’re going to lose. We’re praying on it.”

The 10-acre green space being proposed by Town Branch Park is set to begin after renovations and expansion of the Central Bank Center are completed, likely next year.

Speaking with Baptist Press (BP) April 20, Sholar expressed hope that a solution can be reached.

“We’ve been presenting different entryways that could assist in extending some parking options for us,” he said. “With that, we’ve reminded them of our church’s history of being a good neighbor and good rapport we feel we’ve had with the city.”

Main Street Baptist Church was founded in 1862 with Frederick Braxton, a former slave, as pastor. The land on which it was built had belonged to the family of Mary Todd Lincoln until it was sold in 1853. According to the church, that deed was given back to the congregation on Aug. 20, 1863, and includes the name of Abraham Lincoln, the country’s 16th president and Mary Todd’s husband. Today, the Mary Todd Lincoln House, her childhood home, remains across a small street beside the church.

Its historical and ministry footprint has grown since then. Currently, Main Street feeds up to 200 of the city’s homeless on Tuesdays and Thursdays and operates a clothing bank on Fridays near the state Capitol. For the last couple of years, it has also participated alongside other churches in Salvation Lexington, an outreach that includes food, arts and crafts for children and a gospel message.

In an opinion column last week, Todd Gray, executive director-treasurer of the Kentucky Baptist Convention, urged the city to uphold the promise made through the handshake agreement 36 years ago.

“This action on the part of the Lexington city government not only hurts Main Street Baptist Church but sends a chilling message to the faith community across the city that the city values green spaces over gospel spaces and park participants more than worship attendees,” Gray said. “Churches deserve the support of city leaders.”

David Prince, senior pastor of Ashland Avenue Baptist Church in Lexington, has built a close friendship with Sholar over several years. In a statement to BP April 21, he sympathized with Mayor Linda Gorton while urging the city to honor its earlier agreement with the church.

“Our entire community, and especially the network of churches around Lexington, are paying very close attention to this situation,” said Prince, who is also the board of trustees chairman for SBC’s Ethics & Religious Liberty Commission (ERLC). “While I appreciate the mayor is in a situation she did not create, she now has the opportunity to develop a solution that respects Main Street Baptist and allows them to continue meeting as they have for generations.

“Many of us consider Main Street … to be one of the significant Mother Churches in Lexington. Losing a church like that, especially for a city project, would not only be a stain on the Mayor’s leadership, it would be an unprecedented loss for our community. We are praying that an equitable resolution will be found here that allows Pastor Sholar and Main Street to continue flourishing for generations to come.”

In comments provided to BP, Gorton stressed the importance of Main Street Baptist’s presence in the downtown area amid talks for a resolution.

“We have been working to find a solution that works for everyone – the church, Town Branch Park, the University of Kentucky and the city,” she said. “Everyone is frustrated with the negotiations, but we are confident that we will find an answer that works. The church is very important to our community, and we want to make sure it can stay downtown.”

“I sensed a willingness to work with Main Street Baptist and find a solution, especially after I communicated the importance of this matter to Southern Baptists in Kentucky,” Leatherwood said. “We have continually counseled elected officials to view church leaders as partners in serving their communities. That’s exactly what needs to happen here. Reaching an agreement that respects a historic church like Main Street will go a long way towards building that kind of relationship.” 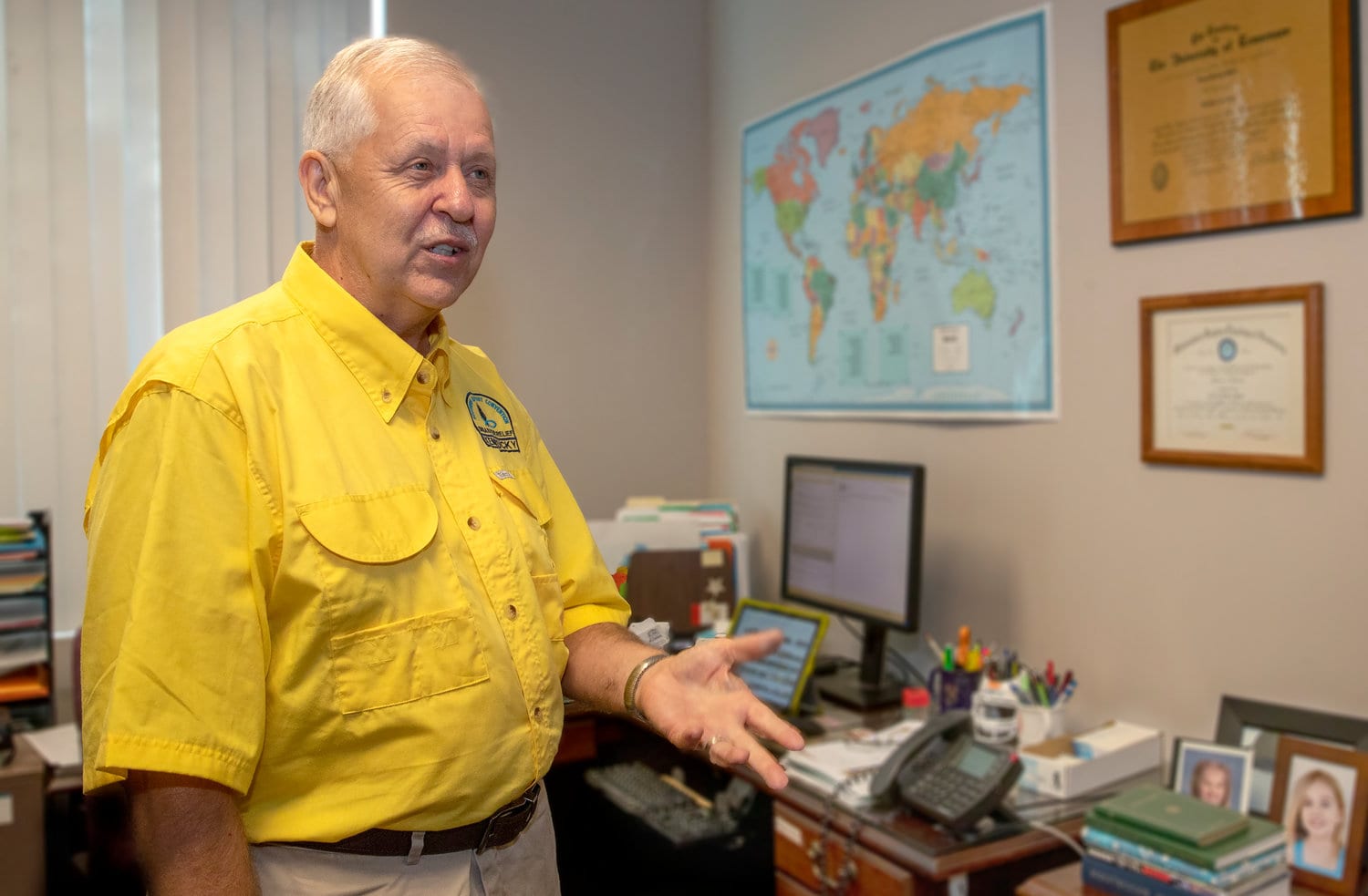 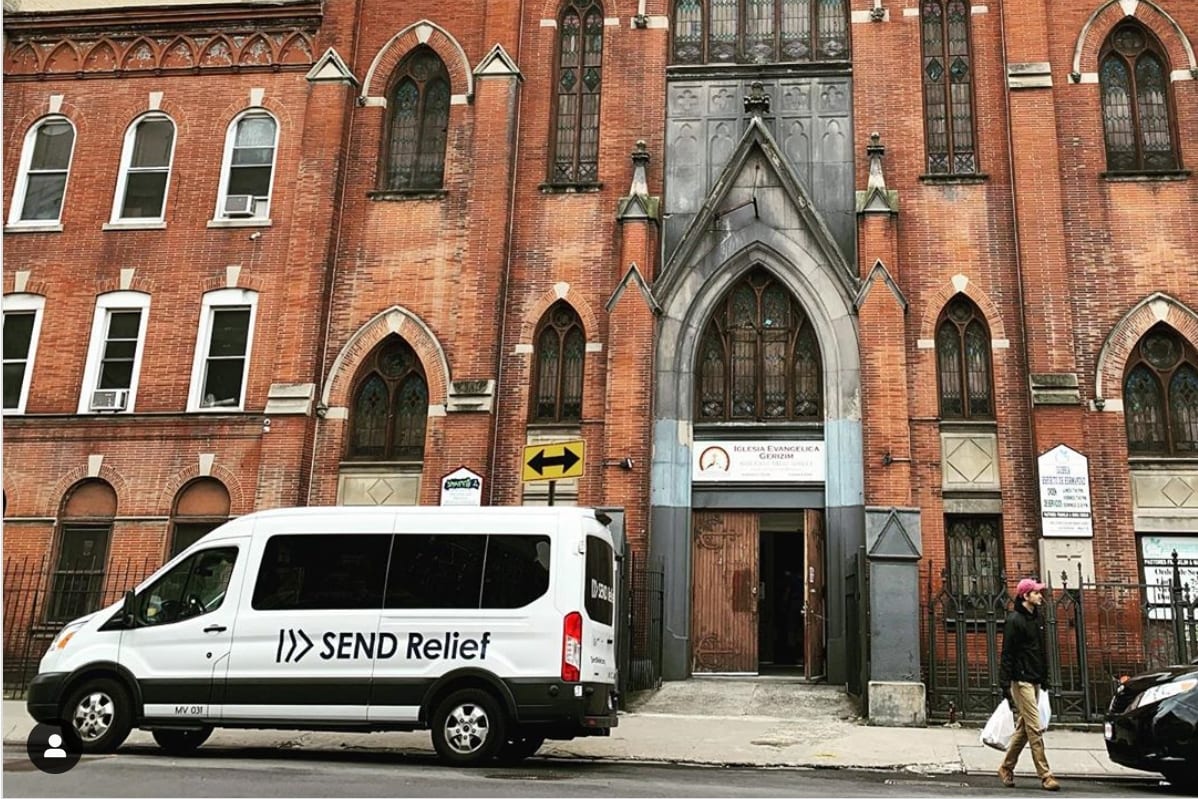