The new missionaries will be sent to eight of IMB’s nine global affinities. A Sending Celebration included the 30 new appointees, plus two missionaries previously appointed, and one sent in partnership with the Canadian National Baptist Convention. Both the Sending Celebration and trustee meetings were held virtually due to COVID-19 safety considerations.

Chuck Pourciau, first vice-chairman and pastor of Broadmoor Baptist Church, Shreveport, La., opened the meeting by asking Gordon Fort, IMB ambassador for the president, to lead in a time of devotion and prayer. Fort led trustees to pray for the Miriti-Tapuia people, a small unengaged, unreached people group in Brazil.

Wright affirmed sharing the gospel as the key component to all the relief work. 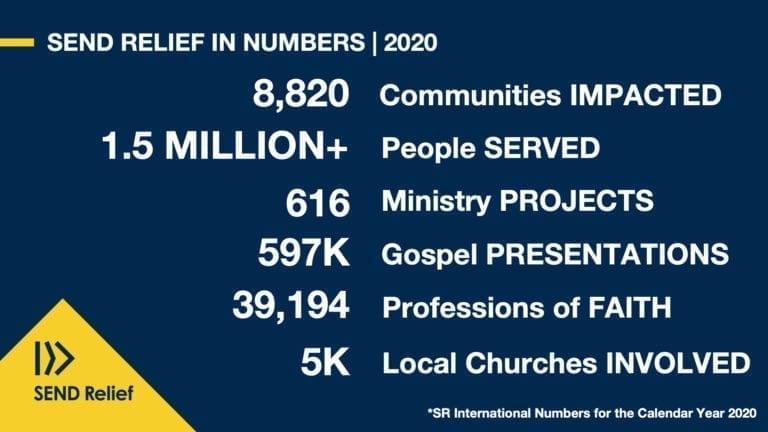 IMB graphic
Send Relief President Bryant Wright shared with how the gospel was being spread through the relief agency’s five major tasks. 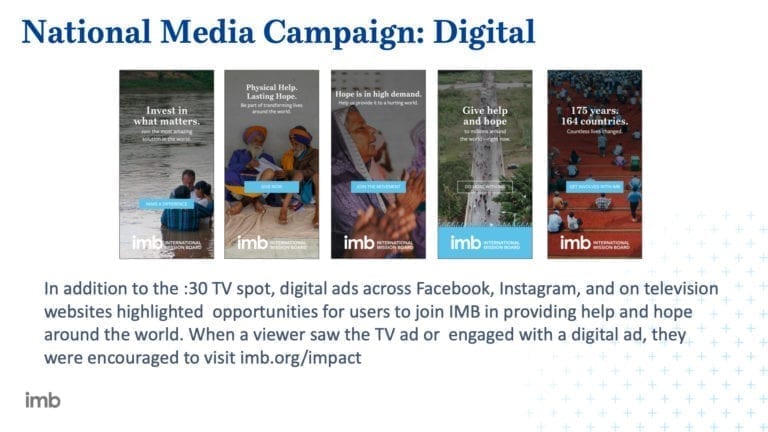 Wright shared that in 2020, Send Relief reported 597,000 gospel presentations and 39,194 professions of faith around the world.

Chitwood affirmed IMB’s commitment to connect with as many Southern Baptist churches as possible and to introduce potential new partners to IMB’s mission. Chitwood outlined an initiative, started in 2020, to help all IMB missionaries engage more churches and encourage partnerships that are already proving successful. He also reported on a national media campaign launched to expand IMB’s exposure to those who attend Southern Baptist churches but who are not familiar with IMB’s mission.

Remarking on the recent Lottie Moon Christmas Offering season, Chitwood commended the generosity of Southern Baptists that undergirds the work of the IMB.

Chitwood expressed gratitude to Woman’s Missionary Union (WMU) Executive Director/Treasurer Sandy Wisdom-Martin and other WMU leaders and members for their continued advocacy, which included a recent letter-writing campaign to encourage nearly 20,000 churches to give to the Lottie Moon Christmas Offering. He recognized appeals to give from associations, state conventions, Baptist newspapers and local churches. He also referenced a gift of $1,500 from the Uruguayan Baptist Convention.

“Simply put, Lottie promotion does not rest on the IMB staff and missionaries,” he said. “These gifts given will support the 3,604 personnel who are currently serving with the IMB and, prayerfully, will help the 869 candidates in the sending pipeline to get to the field. Let it be noted that we still have capacity to support more missionaries and are encouraging anyone who senses God’s call upon their lives to contact IMB without delay.”

IMB Treasurer Price Jett, who also serves as vice president of logistics, finance, travel and technology, reported that IMB received an unmodified opinion by auditors for the 2019-20 fiscal year, which is the highest level of assurance available. Jett also reported that no property sales were used for operations; reserves were funded at appropriate (and growing) levels; and, as always, 100% of the Lottie Moon Christmas Offering proceeds were utilized in mission-field ministries.

IMB Executive Vice President Todd Lafferty updated trustees on the company’s goal to improve and streamline internal communications. Recent changes and initiatives include a more efficient newsletter for field workers and staff, a monthly global call hosted by Lafferty and Chitwood, and a quarterly leaders’ forum.

Lafferty noted field and staff are committed to working collaboratively across the world, adding “we can’t afford not to work together to get the gospel to the farthest reaches of our world.”

Chitwood concluded his report with a brief history of how Southern Baptists have remained faithful, even during the crises of past decades.

“Indeed, we do face many challenges in these days within our Southern Baptist Convention, with our nation, and certainly among the nations,” he said. “But these many years later, the voice of God still urges, ‘Go forward.’ And forward we will go.”

Seth Polk, trustee chairman and lead pastor of Cross Lanes Baptist Church, Cross Lanes, W.Va., closed the meeting with thanks to IMB field personnel and staff for moving the organization’s work forward during a challenging year.

“I believe a time of crisis like we are enduring gives us pause for reflection about where we have come from, and an opportunity to evaluate where we are going,” Polk said. “As followers of Jesus, we have this incredible privilege to be participants in the mission of God. God is drawing peoples to Himself, and our prayer is, ‘Father, Your Kingdom come. Your will be done, on earth as it is in heaven.’”

He emphasized the “sacred task” of Southern Baptists to pray, give faithfully and answer the call of God to be sent.

“The power is from God as we call on Him in prayer. The resources are from God as we sacrificially give and challenge like-minded believers to do so. The people who are willing to be sent have been called by God,” Polk concluded.

Trustees hope to meet in person in May for their next scheduled board meeting. 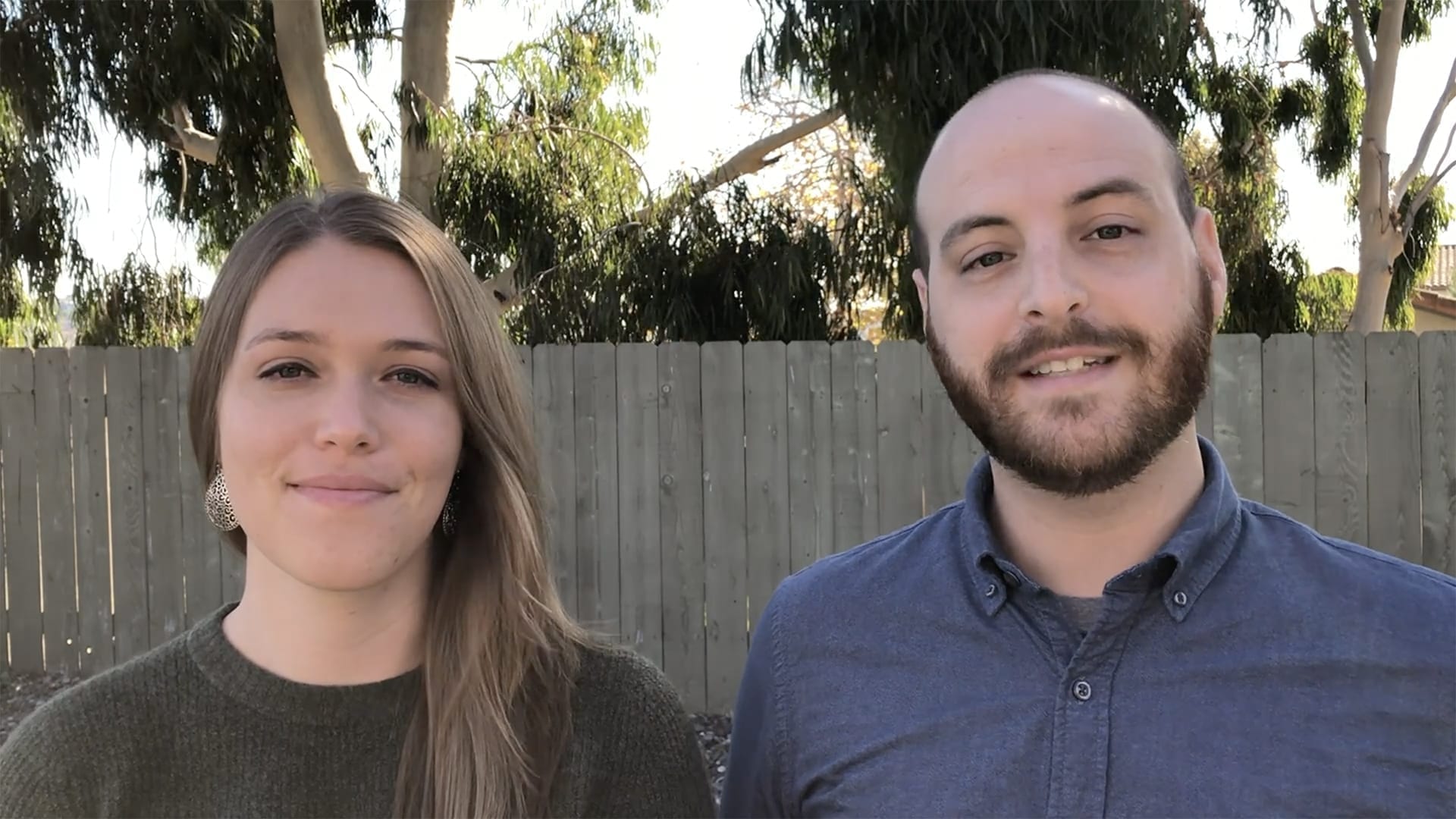