Trustees of the International Mission Board (IMB) approved 68 new fully funded missionaries for appointment during their May 11-12 meeting in Richmond, Va. This is the first in-person meeting trustees have had since Jan. 2020, before restrictions from COVID-19 necessitated virtual meetings.

Missionaries approved for appointment will be recognized during a Sending Celebration held June 14 in conjunction with the Send Conference in Nashville before the 2021 SBC annual meeting. Each missionary is crucial to IMB’s goal of sending an additional 500 missionaries by 2025. Accounting for missionaries who complete their service, approximately 400 new missionaries are needed each year to meet the target goal of growth in the total mission force.

The plenary session of the trustees’ meeting included the recognition of 17 trustees completing their terms of service, election of 2021-22 officers and remembrance of 101 staff and active and emeritus missionaries who died in 2020.

In his address, IMB President Paul Chitwood announced that IMB would be forming a new global affinity, the Asian Pacific Rim Peoples Affinity, effective Oct. 1. This new affinity will encompass work among peoples who originate in the countries along the Pacific Ocean Rim, roughly from Mongolia to Indonesia and Myanmar to Japan. It will comprise the peoples IMB has, up until now, been seeking to engage in the affinity structures of East Asian Peoples Affinity and Southeast Asian Peoples Affinity.

“Changes in the Asia Pacific Rim necessitate a new overarching strategy that positions us to advance the gospel among all unreached peoples and places,” Chitwood said.

Todd Lafferty, IMB executive vice president, led trustees in a time of remembering missionaries and staff who died in 2020. The memorial tribute, normally held each February, was postponed this year so that trustees could observe in person. Of 101 people recognized, 10 were retired staff, four were in active service, and 87 were retired or emeritus missionaries. Retired and emeritus missionaries’ years of service totaled 2,524 years of service, for an average of 29 years.

Trustees adopted the following resolution of appreciation to honor missionary Jim Flora from Missouri: “Jim Flora, missionary to Sub-Saharan African Peoples, 2008-21, died May 8, 2021, while in service. The International Mission Board, Southern Baptist Convention, herein expresses deep appreciation for faithful service to God through this board and pledges special prayer support for the family during the days ahead.”

Chitwood thanked trustees for their continued investment in cooperative missions. He spoke to IMB’s building and rebuilding toward these efforts by mentioning the Church Connections initiative.

“The collaborative effort between mobilization and global engagement in the Church Connections has been fabulous and is the key, I believe, to our future as an organization,” Chitwood said. “It is an effort to rebuild our critical connections with Southern Baptists and live out our mission statement that, ‘The IMB exists to serve Southern Baptists in carrying out the Great Commission to make disciples of all nations.’

“By year’s end, every [Southern Baptist] church will be assigned to a field missionary to strengthen relationships and better engage the church in stewarding the Revelation 7:9 vision.”

Addressing the 2020 Annual Statistical Report (ASR) that trustees reviewed in Wednesday’s meeting, Chitwood said he had expected to see a drop-off of recorded missions work for 2020, given the restrictions resulting from the global COVID-19 pandemic.

“What we witnessed in our work around the world in 2020 was not a dropping off but a ratcheting up,” Chitwood said. “In addition to appointing 422 new missionaries, we saw God give an incredible harvest to those missionaries already laboring in the harvest fields.”

The Annual Statistical Report reveals growth in work across the globe, as compared to statistics from 2019, which was also a successful year toward reaching the lost. Significant increases were reported in numbers of those who heard a gospel witness, new believers and new fellowships. Almost 55,000 more new believers were reported last year compared to the year before. Chitwood said 82.3% of IMB engagements in 2020 were among the unreached peoples and places of the world.

In his closing remarks, Chitwood mentioned his gratitude for Send Relief in the work to meet global needs resulting from the pandemic. He also shared positive financial news as revenue continues to outpace expenses and the projected budget needs.

“Moreover, we are still on track to surpass last year’s Lottie Moon Christmas Offering total, which would represent another consecutive year of growth,” he said. He added that while this news is encouraging, the need continues to turn around three decades of inflation outpacing revenue growth.

Acknowledging the work that remains to be done, Chitwood shared his belief that the Revelation 7:9 vision will come to pass. “And we get to be a part of it. Thanks be to God.”

Seth Polk, outgoing chair and lead pastor of Cross Lanes Baptist Church, Cross Lanes, W.Va., focused his address on blessings and challenges he has experienced as an IMB trustee. He called for the outgoing trustees to remain committed to the unity of the body of Christ and to be encouraged by the direction of the IMB.

“God has blessed the IMB with tremendous leadership and capacity in our stateside staff, the very best mission force serving on the frontlines around the world, biblically anchored and cutting-edge strategies and resources, and an involved, unified trustee body,” Polk said. “Our hope is in a confident expectation of what God has promised in the strength of His faithfulness.”

Polk spoke of the constant change he has seen in eight years and also the burden of lostness he has realized.

“As Dr. Chitwood regularly states, 154,937 people die without Christ every day around the world,” he said. “This is unacceptable and our purpose as the redeemed is to make Jesus known, so the lost will be saved and the saved will be discipled.” 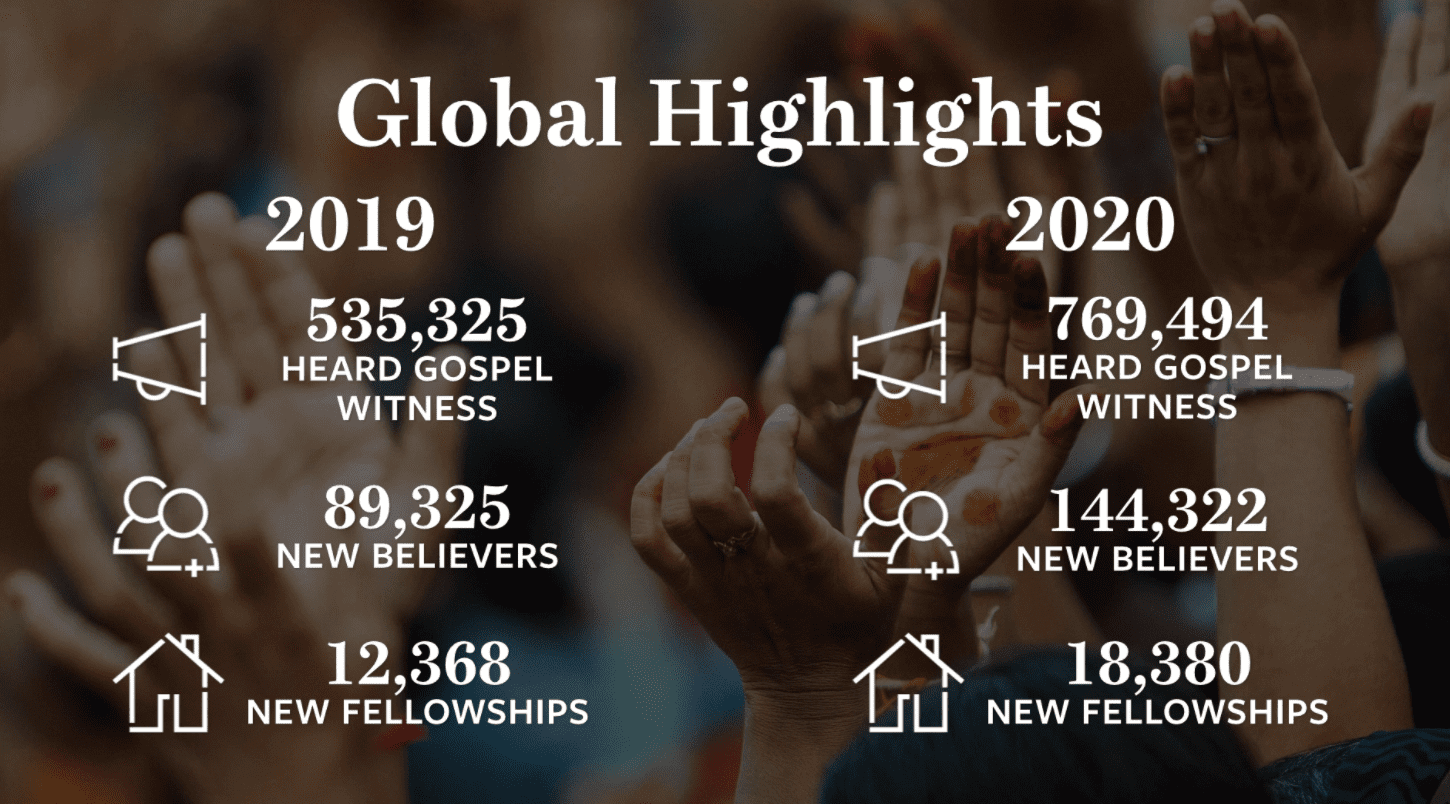 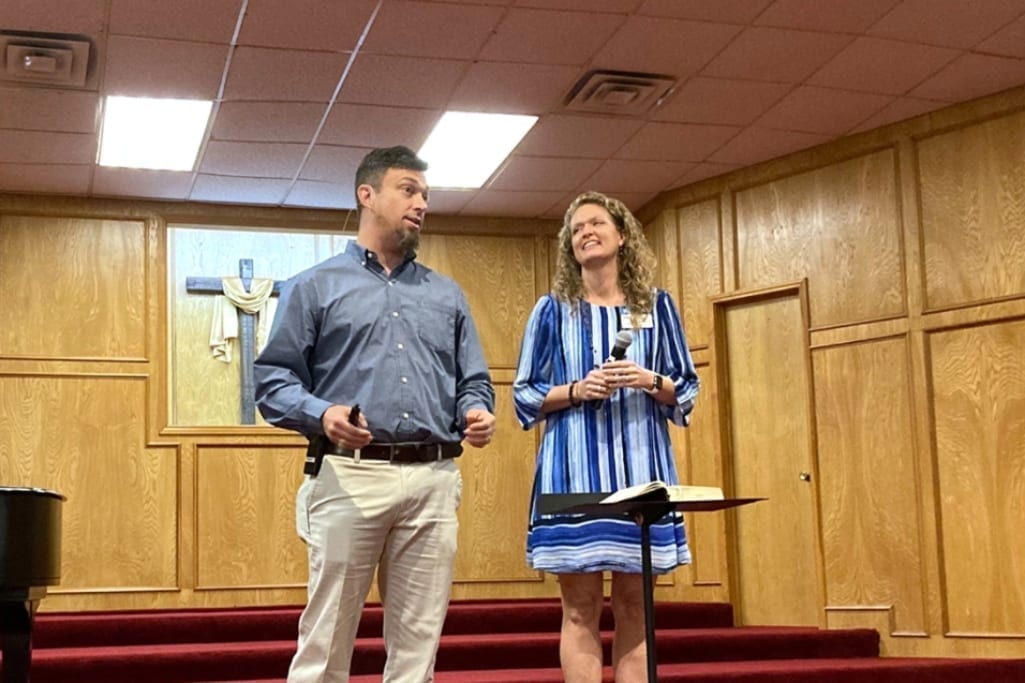