Federal conscience protections for American employers who object to the abortion/contraception mandate are on hold.

Federal judges in California and Pennsylvania blocked Jan. 13 and Jan. 14, respectively, implementation of final rules from the Trump administration that provided exemptions for employers with religious or moral objections to the 2011 requirement instituted under President Obama.

The opinions prevented rules issued in November by the Department of Health and Human Services (HHS) from taking effect Monday while challenges proceed in the courts. The ruling in Pennsylvania was a preliminary injunction for the entire country, while the decision in California affected the 13 states, as well as the District of Columbia, that have sued HHS.

The court actions are the latest shots in a seven-year battle over a controversial regulation that helped implement the 2010 health-care reform law. The rule required employers to provide their workers with coverage for contraceptives, including those with mechanisms that can potentially induce abortions, or face potentially devastating fines. It elicited legal challenges from more than 90 religious nonprofit organizations, including GuideStone Financial Resources of the Southern Baptist Convention and at least seven Baptist universities.

One of the new regulations issued Nov. 7 exempts entities and individuals from the mandate based on their religious beliefs, while the other rule protects individuals, nonprofit organizations and small businesses on the basis of a moral conviction apart from a specific religious belief.

The Southern Baptist Ethics & Religious Liberty Commission (ERLC), which advocated for an exemption to the mandate for GuideStone and other religious or moral objectors, expressed continued support for the new HHS rules.

“The contraceptive mandate revealed the audacity of a state that believed it could annex the human conscience,” ERLC President Russell Moore said in written comments for Baptist Press. “This government overreach asks citizens to choose between obedience to God and compliance with the regulatory state.

“The Little Sisters of the Poor victory at the Supreme Court and the HHS religious and moral exemptions were crucial achievements in the preservation of religious liberty and must be defended.”

The final HHS rules issued in November came more than two years after the U.S. Supreme Court ified multiple federal appeals court decisions against GuideStone and other religious institutions and more than four years following the justices’ decision in favor of Hobby Lobby’s conscience-based challenge to the mandate.

GuideStone and two of the ministries it represents – as well as some other objecting organizations – already have gained final, favorable verdicts in court, but some have not.

The new court decisions in California and Pennsylvania came in cases involving state challenges to exemptions for the Little Sisters of the Poor. Lawsuits by those states will continue as a result of the federal court injunctions. The Little Sisters of the Poor is a Roman Catholic order that serves the poverty-stricken elderly and became the face of the institutions objecting to the mandate.

Mark Rienzi – president of the religious freedom legal organization Becket and lead lawyer for the Little Sisters – said, “Government bureaucrats should not be allowed to threaten the rights of the Little Sisters of the Poor to serve according to their Catholic beliefs. Now the nuns are forced to keep fighting this unnecessary lawsuit to protect their ability to focus on caring for the poor.

In a written statement, Rienzi expressed confidence the decisions would be overturned.

A leading abortion rights organization praised the nationwide injunction against the HHS rules.

“This rule would have given employers a license to discriminate against their employees, and we applaud the court recognizing that employers have no place in making decisions about the healthcare of their employees,” said Ilyse Hoge, president of NARAL Pro-Choice America, in written comments.

In her opinion out of federal court in Pennsylvania, Wendy Beetlestone said HHS’ final rules regarding the mandate sweep “further than [the Religious Freedom Restoration Act] would require.” That 1993 law requires the government to have a compelling interest and use the narrowest possible means in burdening free exercise of religion.

In issuing a nation-wide exemption, Beetlestone cited these as harms if the HHS rules are implemented – “numerous citizens losing contraceptive coverage, resulting in ‘significant, direct and proprietary harm’ to the States in the form of increased use of state-funded contraceptive services, as well as increase costs associated with unintended pregnancies.”

In May 2016, the Supreme Court invalidated multiple federal appeals court decisions against the religious institutions and blocked the Obama administration from imposing fines on them. The justices told the appeals courts involved to give the parties an opportunity to reach a solution “that accommodates petitioners’ religious exercise while at the same time ensuring that women covered by petitioners’ health plans receive full and equal health coverage, including contraceptive coverage.” No agreement was reached before Obama left office in January 2017.

When it issued the controversial rule in 2011, HHS provided an exemption for churches and their auxiliaries but did not extend it to non-church-related, nonprofit organizations that object. HHS proposed nearly 10 accommodations for the objecting institutions, but none proved satisfactory to their conscience concerns.

The federally approved contraceptives for which coverage is required by the mandate include the intrauterine device (IUD) and such drugs as Plan B, the “morning-after” pill. Both the IUD and “morning-after” pill possess post-fertilization mechanisms that potentially can cause abortions by preventing implantation of tiny embryos. The rule also covers “ella,” which – in a fashion similar to the abortion drug RU 486 – can act even after implantation to end the life of the child.

GuideStone, the SBC’s health and financial benefits entity, was exempt from the mandate, but it serves ministries that are required to obey it.

In 2014, the Supreme Court ruled in favor of Hobby Lobby’s challenge to the abortion/contraception mandate. In its 5-4 opinion in that case, the justices upheld objections to the requirement by “closely held,” for-profit companies, such as family owned businesses.

Messengers to the 2012 SBC meeting adopted a resolution calling for an exemption from the mandate for “all religious organizations and people of faith … who declare a religious objection to such coverage.” 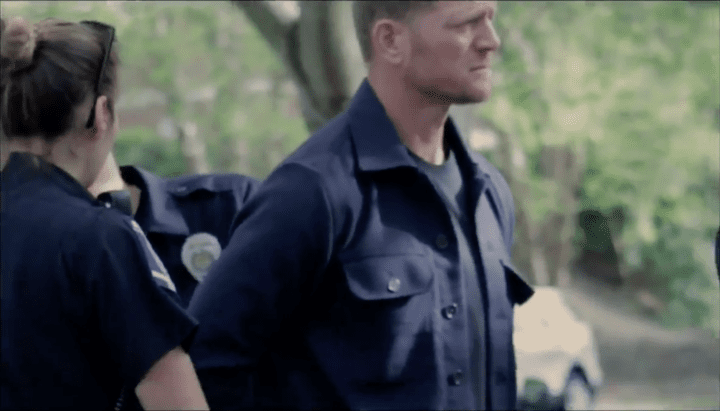