Evangelist Richard Hamlet, who has preached the gospel in nearly 100 countries, had just returned from Russia and Belarus when the COVID-19 pandemic closed international borders in early 2020.

He canceled eight international events and a handful of stateside festivals last year, but was able to reach almost 20 countries on Zoom through the Global Ministries Foundation he leads. The president of the Southern Baptist Conference of Evangelists is among many national and global evangelists challenged to retool during the pandemic.

“It’s hard to preach when there’s nobody in the room and you’re looking at a camera, but the Lord is so gracious and we’re seeing many people come to Christ, we believe, through hearing messages and responding with trust in Christ,” he said.

Greg Laurie, whose Harvest Crusades have reached millions since 1990, canceled three summer crusades that may yet be rescheduled.

“Interestingly, we set a goal of seeing 100,000 coming to Christ in 2020. We hoped to accomplish that through three crusades and other outreach plans,” Laurie said. “But we had to postpone all of that. However, we decided to do what we called a ‘Cinematic Crusade’ online instead, which we called, ‘A Rush of Hope.’

“With our weekly Sunday service online and this film, we saw over 150,000 people make professions to follow Christ.”

National evangelist Rick Gage of Go Tell Ministries is rescheduling four crusades delayed by the pandemic. But he held a youth camp last summer, the latest in a string of camps where he has counted 40,000 commitments to Christ since 1989. 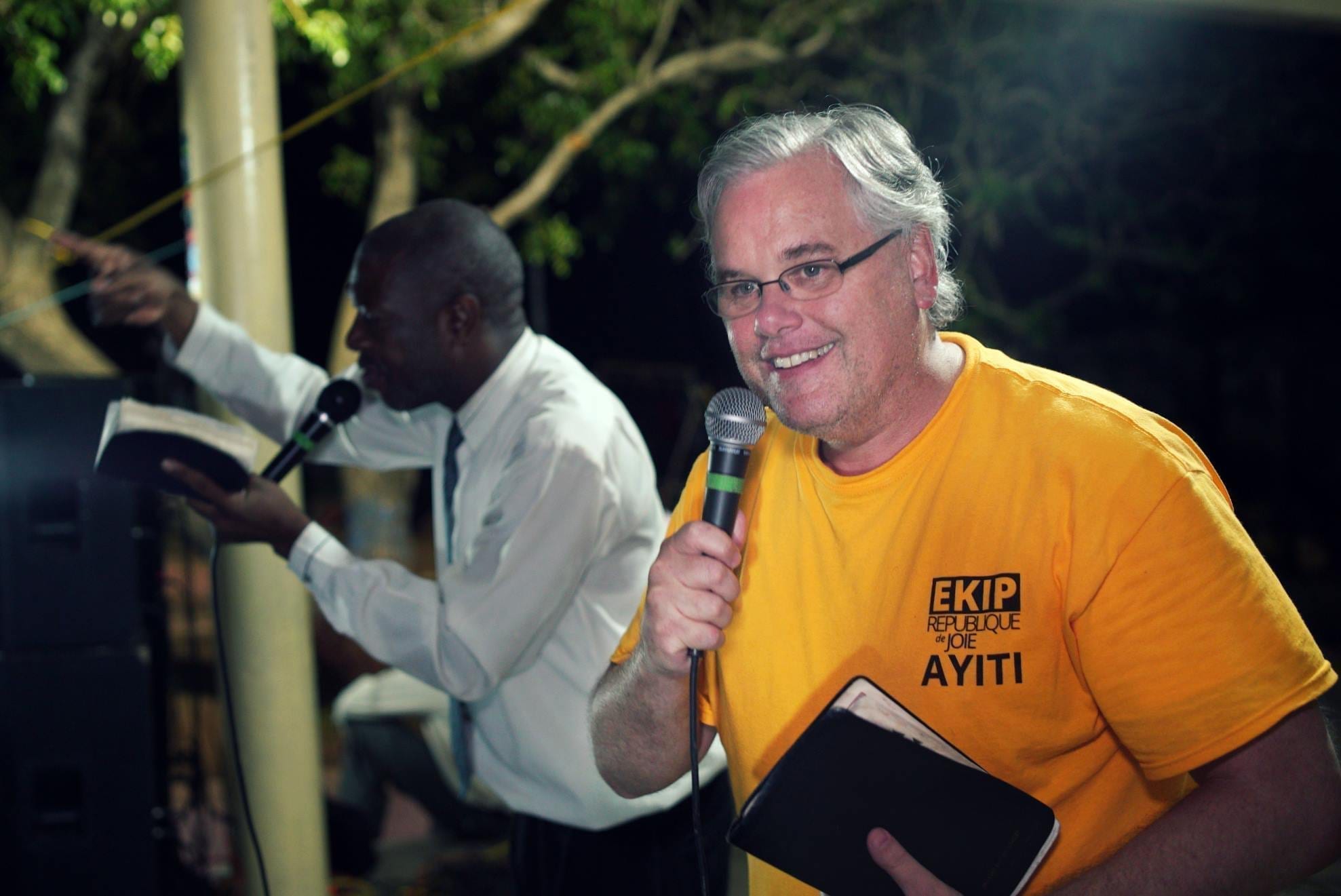 Evangelist Richard Hamlet preaching a crusade in Haiti in 2014. Hamlet had just returned from preaching in Belarus and Russia in early 2020 when the COVID-19 pandemic closed international borders. 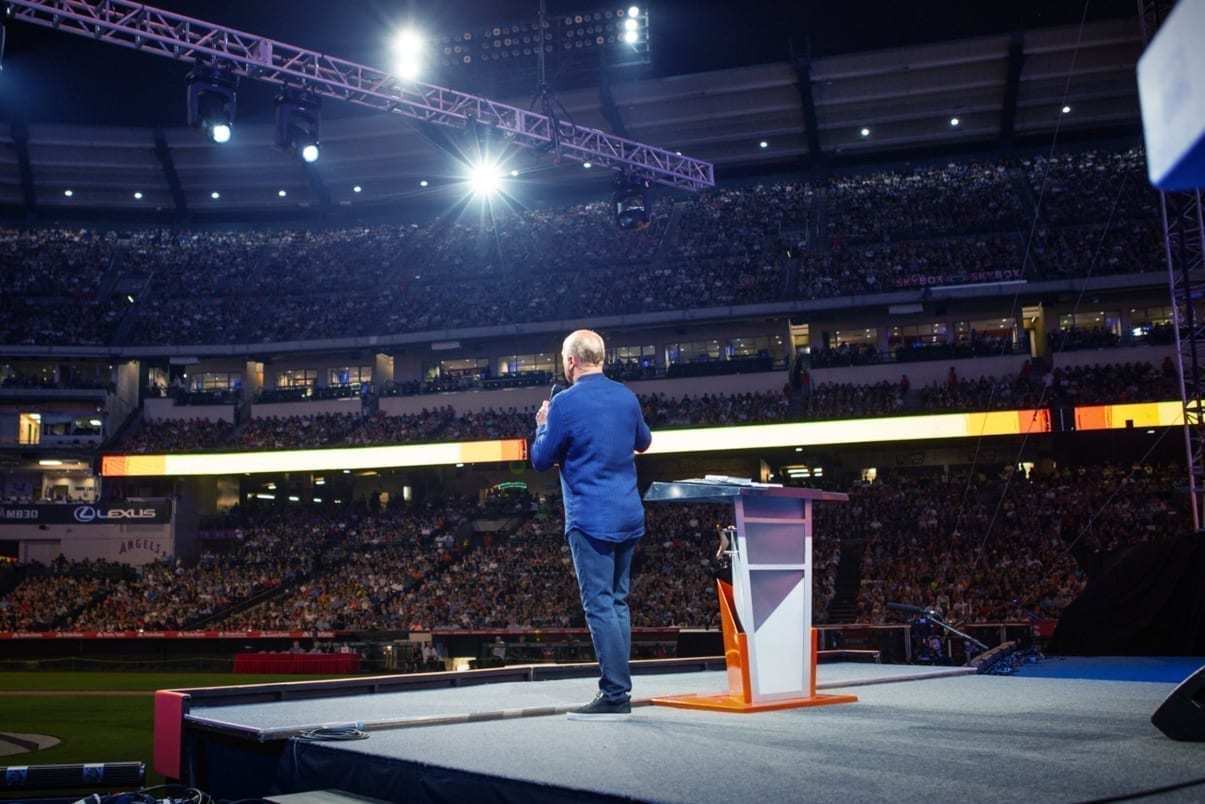 Greg Laurie preached a Harvest Crusade in southern California in 2018. 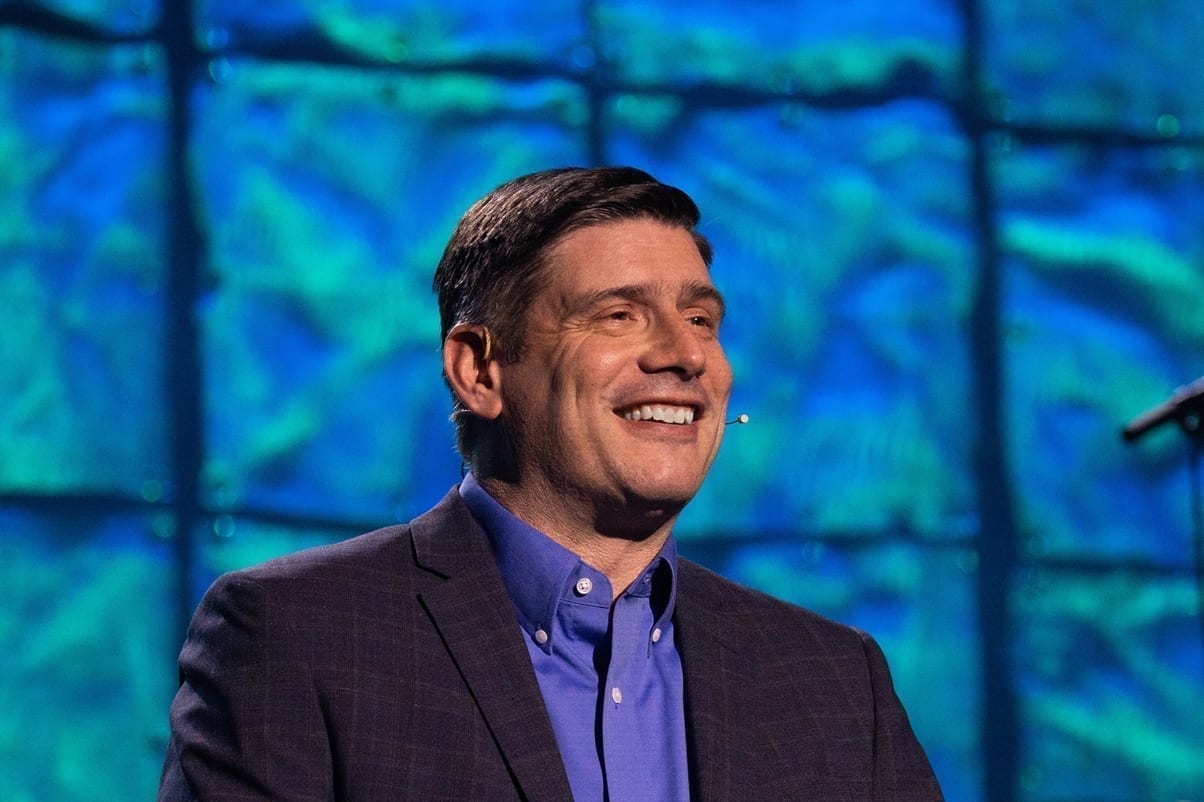 Will Graham held a hybrid live and digital crusade in Tifton, Ga., in February of this year.

Will Graham, vice president and associate evangelist of the Billy Graham Evangelistic Association (BGEA), postponed five festivals in 2020. He held a hybrid crusade in Tifton, Ga., in February of this year, and other events are rescheduled as late as 2022. John Cass, BGEA’s executive director of celebration, evangelism and training, said Graham is embracing digital evangelism to present the gospel.

BGEA did a few outreaches featuring Graham from various locations, including a cabin in Asheville, N.C., the Billy Graham library in Charlotte, N.C., and the Black Hills of South Dakota. Graham streamlined his messages down to 15 minutes, keeping broadcasts to 30 minutes.

Including the hybrid crusade in Tifton, Ga., which had a live audience and an online presence, more than 1 million viewers engaged for an average of 20 minutes with all of the broadcasts combined, Cass said.

“I don’t get excited about Facebook views,” he said. “What I get excited about is when they actually go to our website. … What we’re seeing is if people will watch it on willgrahamlive.com, or even our YouTube channels through the Billy Graham channels, that’s where people are actually making decisions.”

Gage and Hamlet are among 75 active vocational evangelists available through Southern Baptist Conference of Evangelists. Hamlet estimated about 25% of those pivoted to a digital platform during the pandemic.

“Going forward I think we’ll have dual platforms,” Hamlet said of Global Ministries Foundation. “So many people will never go into a church service, but we can take the gospel to them providentially, through the radio broadcasts we do, or Facebook Live or Zoom. God connects them; the Holy Spirit connects them.

“God has humbled me this past year, seeing how His strength is made perfect in our weakness and limitation.”

Gage has not taken his crusades to a virtual platform, but is working to reschedule crusades that were planned in 2020 in Decatur, Texas; Harrisburg and Madisonville, Ky.; and Baxley, Ga.

He encourages an urgency to take the gospel to communities, and is looking forward to a harvest when crusades resume.

“I’ve been able to stay in touch with a lot of pastors and our crusade leadership team,” he said. “And we just know that in God’s timing all these campaigns that we were working on for 2020 are going to come to fruition, and we believe that we’re going to see one of the greatest moves of God in these communities that they’ve never witnessed or seen before. That’s what we’re praying and fasting for.”

Hamlet expanded his digital reach primarily through Facebook Live, with digital gospel messages streamed to nearly 20 countries in the Western Hemisphere. He had planned a handful of evangelism festivals in U.S. cities for 2020 in partnership with local churches. He hopes those can take place this fall at such venues as public parks or mall parking lots.

“We’ve seen through the years many in the communities in the urban areas confess Christ publicly and then become assimilated in New Testament churches,” Hamlet said.

He also plans to resume one of his primary focuses – marketplace ministry – with business lunches and training sessions as the pandemic continues to subside.

Laurie is planning another cinematic crusade this year, but does not have a date set to resume onsite crusades.

“When the dust settles on all of this, the new normal may be quite different than the way it was before, and that is not necessarily a bad thing. As Christians, we need to think creatively and find new ways to reach people with the gospel.” 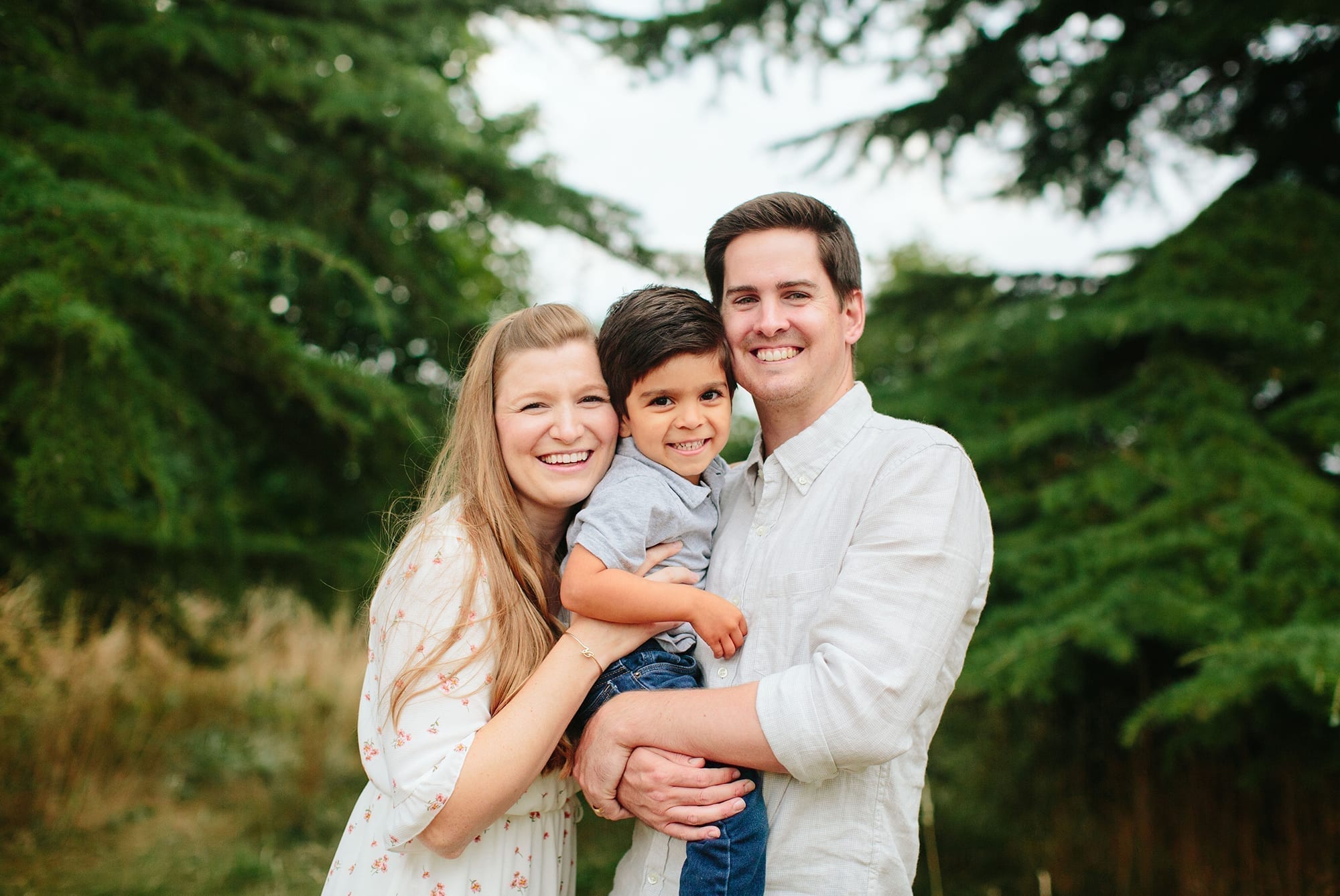 Every relationship a gospel opportunity in Seattle 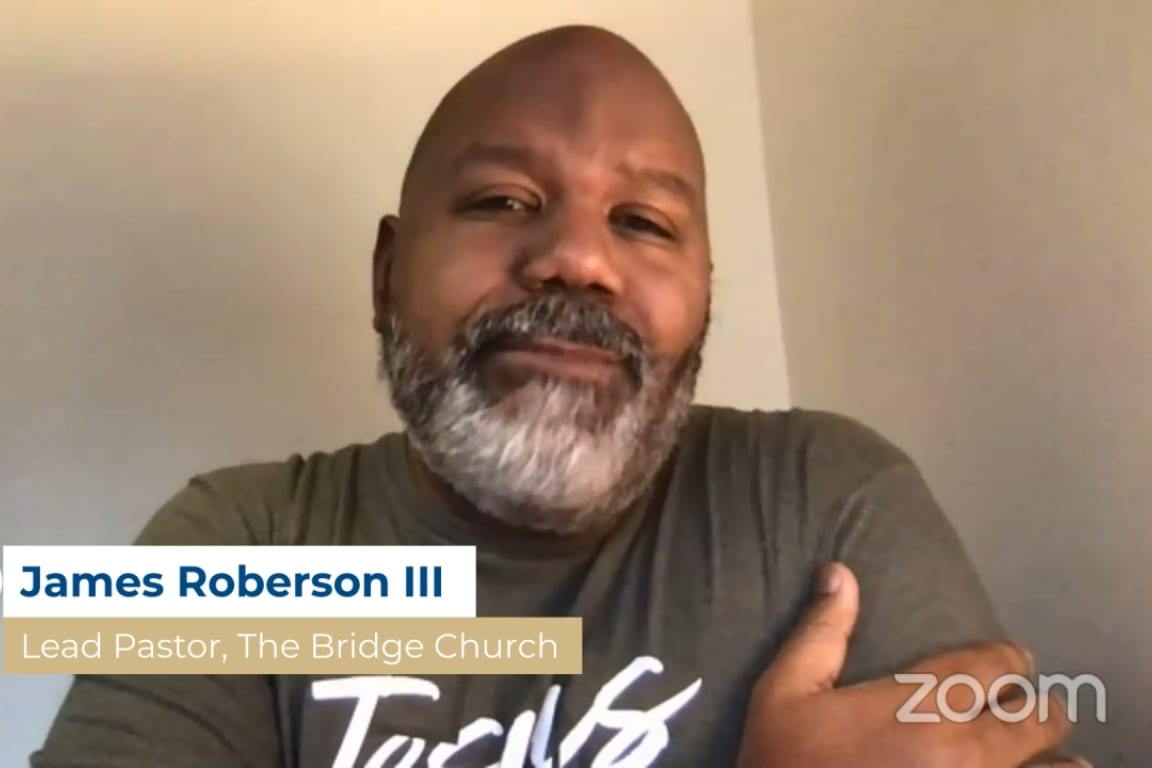