In the press conference following his election as the 46th president of the Southern Baptist Convention (SBC), Ed Litton spoke of family, healing and conversations to come. All of those dealt not only with subjects such as racial reconciliation and sexual abuse, but a Convention still divided over how to approach them.

Litton, pastor of Redemption Church in Saraland, Ala., defeated Georgia pastor Mike Stone in a runoff June 15, receiving 6,834 votes (52.04%) to Stone’s 6,278 (47.81%). He succeeds North Carolina pastor J.D. Greear, who served an extra year due to the cancellation of the 2020 SBC annual meeting in Orlando.

“We are a family, and at times we may seem dysfunctional,” said Litton, a reference to tensions that roiled the SBC in the months leading up to the 2021 SBC annual meeting. “But we love each other. … This is a family, and sometimes families argue in a way that the neighbors get to see it, and that’s kind of what you [the media] have been witnessing. But the reality is we’re going to leave this place focused. We’ll leave this place with a direction – and I believe a better direction – for the future.”

Stone, pastor of Emmanuel Baptist Church in Blackshear, Ga., and a member of the Conservative Baptist Network’s steering council, received the most votes – 5,216 votes, or 37.48% – in the initial round of ballots, a four-way contest that included Southern Baptist Theological Seminary president Albert Mohler and Northwest Baptist Convention Executive Director Randy Adams. Litton received 4,630 votes, (32.38%), while 3,764 ballots (26.32%) were cast for Mohler and 673 votes (4.71%) for Adams.

The announcement came at 6:52 p.m., nearly four-and-a-half hours after messengers reconvened from lunch for the afternoon session within the main hall of the Music City Center. The crowd – the largest for an annual meeting in a quarter-century – occupied every seat with standing space stretching the length of a city block, often several rows deep. Numerous messengers sat on the floor.

Before announcing the runoff results, registration secretary Don Currence reported there were 15,691 messengers, with 13,131 casting ballots. Currence would go on to be re-elected to his position by acclamation. However, the combination of a runoff and a time extension for a report from the Committee on Resolutions, plus the later hour at dinnertime almost certainly contributed to lack of a quorum for voting for the offices of first vice president, second vice president and recording secretary. Those votes will take place June 16.

“It is a tremendous honor that Great Commission Baptists would put their trust and dependence upon me for this very important role in our fellowship and our convention of churches,” Litton said.

Litton, who has been pastor at his church for 27 years, shared the story of how a Southern Baptist pastor in Virginia, Charlie Jones, kept witnessing to his alcoholic father until one day everything in his father’s life unraveled “like a cheap sweater.”

“My dad cried out to God as this pastor led him in a prayer to trust Christ as his Savior,” Litton testified. “And we watched in my house as a miracle took place.”

Several questions centered on the division within the Southern Baptist family and ways Litton may address it. He becomes president as the SBC is growing more diverse and, as such, when more voices are speaking out on gospel issues. The beginning point for such conversations, he said, was humility. That was key to a series of meetings he and others had with Black pastors in the Mobile area to foster more understanding and fellowship, leading to a statement on racial reconciliation.

“We’re to humble ourselves, to listen, to ask God for grace and listen to what people are actually saying, to seek agreement … even if we don’t see eye to eye,” he said.

Earlier in the evening, messengers voted overwhelmingly to pass a resolution “On the Sufficiency of Scripture for Race and Racial Reconciliation.” A proposed amendment to specifically address critical race theory (CRT) in the resolution failed.

Litton said that while CRT has become a reality for the broader culture, people don’t need to fear it becoming an influence “within the Southern Baptist culture.”

“It is not taught. It is not believed among our seminaries or professors. No one is endorsing it,” Litton said. “… We need to understand [why it is in our culture]. We need to seek to help find justice.”

Admitting he “can’t predict where that whole [conversation] is going,” Litton said he hoped “honest discussions” can occur without attempts to place believers in one camp or another regarding CRT. Ultimately, seeking justice for others comes through “a higher tool, the gospel.” Christians are “under command to seek justice, to love mercy and to walk humbly with our God,” he said, referring to Micah 6:8.

“We need to look at it thoroughly,” he said, “and report back in a timely way to the people of the Convention to understand what has actually happened. I think we also need to be pastoral in how we handle victims – how we hear them, how we empathize and sympathize with them. We want to ring all this out and expose it to the light.”

That includes, he stressed, the goal of making all churches safe places for the most vulnerable.

In his nomination speech, former SBC President Fred Luter called Litton a leader who could stop Southern Baptists from fighting each other “in the barracks.”

“In the face of some very difficult but necessary conversations in our SBC family … Ed Litton brings a compassionate and shepherding heart,” Luter said. “He is uniquely gifted for this role and we need him now.

“… If we don’t get out of the barracks, we’re going to miss out on an opportunity God wants us to do.”

The election capped an extended campaign that technically began in November 2019 when Mohler announced his intention to accept a nomination for president at the 2020 annual meeting. Litton, Stone and Adams all announced their intentions to accept nominations within days of each other in January of this year. 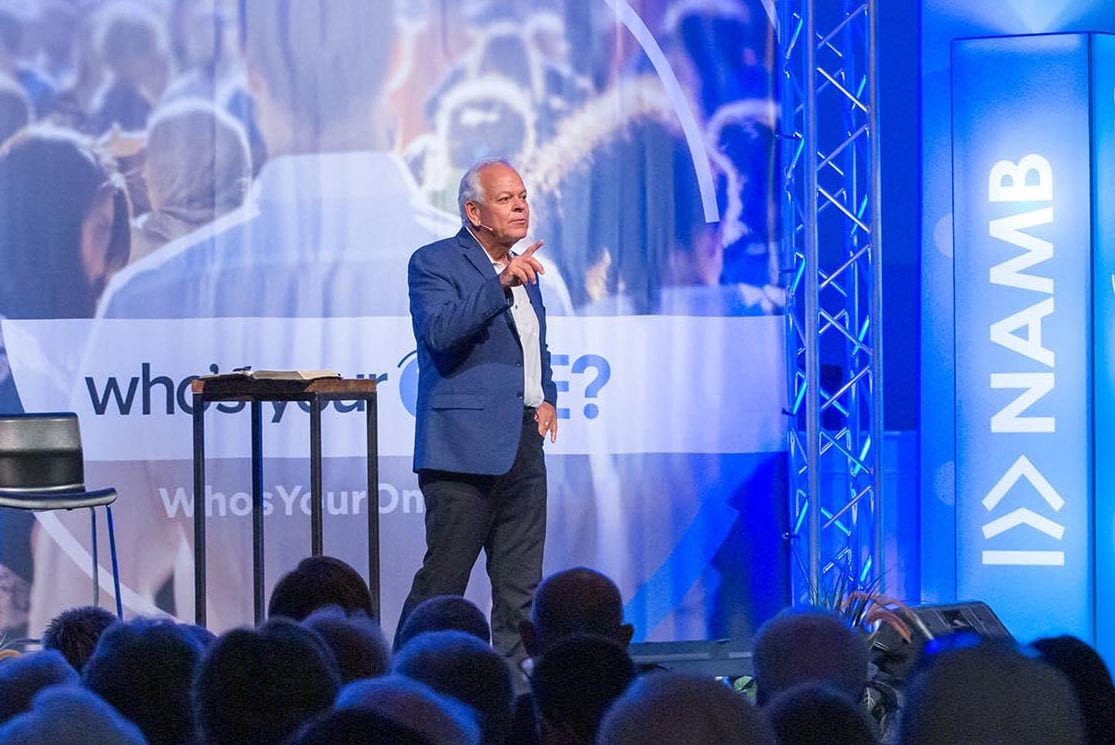 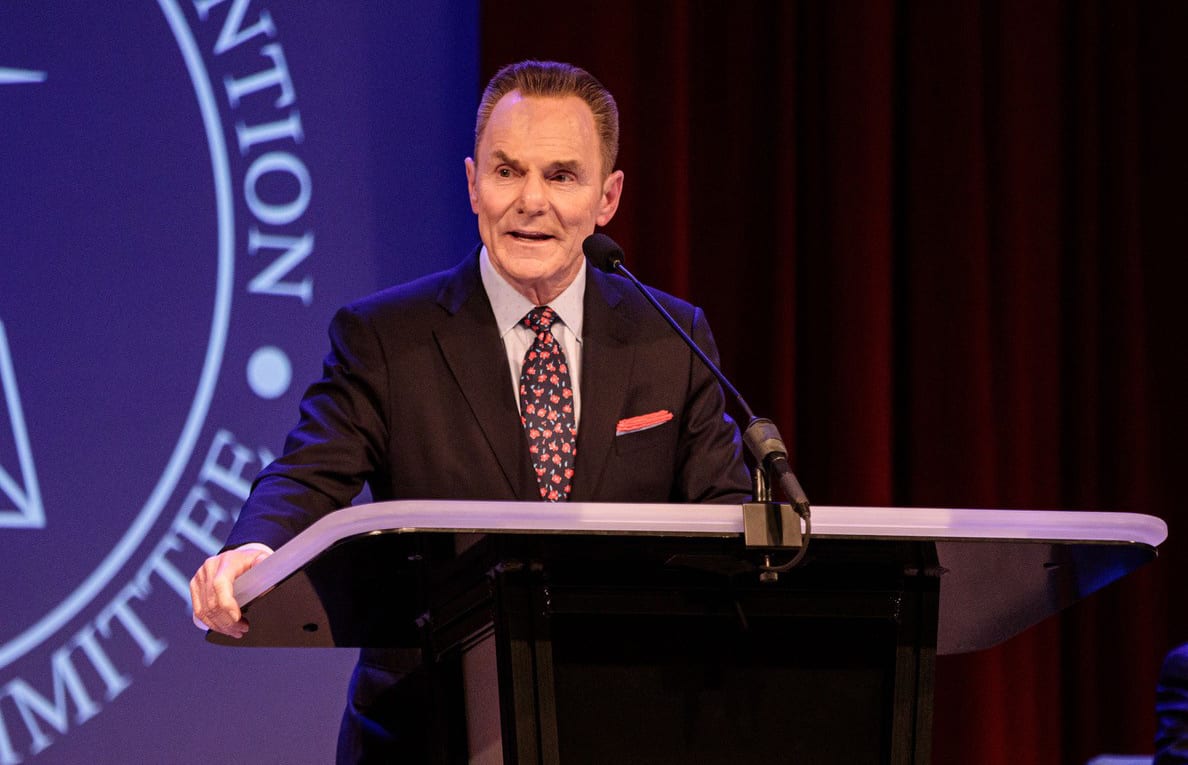