McLaurin: ‘Convention is only as strong as our relationships with one another’

In his Sept. 19 plenary session address to the Southern Baptist Convention (SBC) Executive Committee (EC), Willie McLaurin urged Southern Baptists to continue to cooperate in carrying out their shared mission.

McLaurin, interim president and CEO of the SBC EC, said just like the early church, the SBC must set the correct priorities during difficult times.

“The early church understood what it meant to embrace the priorities and the mission of Jesus,” McLaurin said. “As a network of partnering churches, if we would draw near to God and allow the Lord Jesus Christ to set the priorities of our beloved convention, we too will experience the blessings of Almighty God.”

McLaurin said Southern Baptists should prioritize healing their relationships, both with each other and with God.

“Our convention is only as strong as our relationships with one another, and we must be intentional in lengthening, strengthening and deepening relationships,” McLaurin said. “We must take the time to build trust, and trust is built and rebuilt one person and one relationship at a time.

“Let’s be honest tonight. Over the past 15 months, relationships have been damaged, some have even destroyed. Words have been exchanged and reputations have been tainted. Brothers and sisters, this is not who we are.”

McLaurin pleaded for fellow Southern Baptists to have honorable relationships.

“We need to model to the world how to operate according to kingdom values,” he said. “Tonight, I’m simply calling on every Southern Baptist to lay down your swords and make sure that your relationships with one another are honoring unto the Lord Jesus Christ. We do this through four things: love one another, forgive one other, serve one another and pray for one another.”

While encouraging fellow Southern Baptists to look forward to next year’s annual meeting in New Orleans, McLaurin appealed to a memory of the SBC from more than 100 years ago.

It was in 1917 that James Bruton Gambrell was elected president of the Southern Baptist Convention.

Gambrell, known by some as “Uncle Gideon,” served in a variety of Southern Baptist positions, including as editor of the Baptist Standard newspaper in Texas, state mission secretary in Mississippi and professor at Southwestern Baptist Theological Seminary.

In April 1917, two months before that year’s annual meeting, also in New Orleans, Gambrell said, “We need a great big convention in New Orleans, but that cannot be unless we go there with a big spirit, to do big things.”

“Uncle Gideon’s words in 1917 speak clearly to us today who steward the Great Commission in 2022,” McLaurin said.

“Our convention’s key to success are collaboration and cooperation. As a network of churches, we have a mission. Our mission is clear. We are called, commanded and commissioned to carry out the Great Commission.”

McLaurin recounted several times SBC entities have drifted from their original mission but always course-corrected. He then gave examples of ways the SBC EC is focusing on the ministry assignments it’s been given by Southern Baptists, such as elevating the ministry of prayer and carrying out the day-to-day operations of the convention, such as the recent completion of the 2022 SBC Annual.

McLaurin closed by reminding EC members that a relationship to God is defined more by being a citizen of His kingdom than by being Southern Baptist.

“Would it not be humbling tonight to think that when God looks upon us, He does not look upon us primarily as Southern Baptists, but rather He sees at us as kingdom citizens partnering and cooperating to take the gospel to the ends of the earth?” McLaurin said. 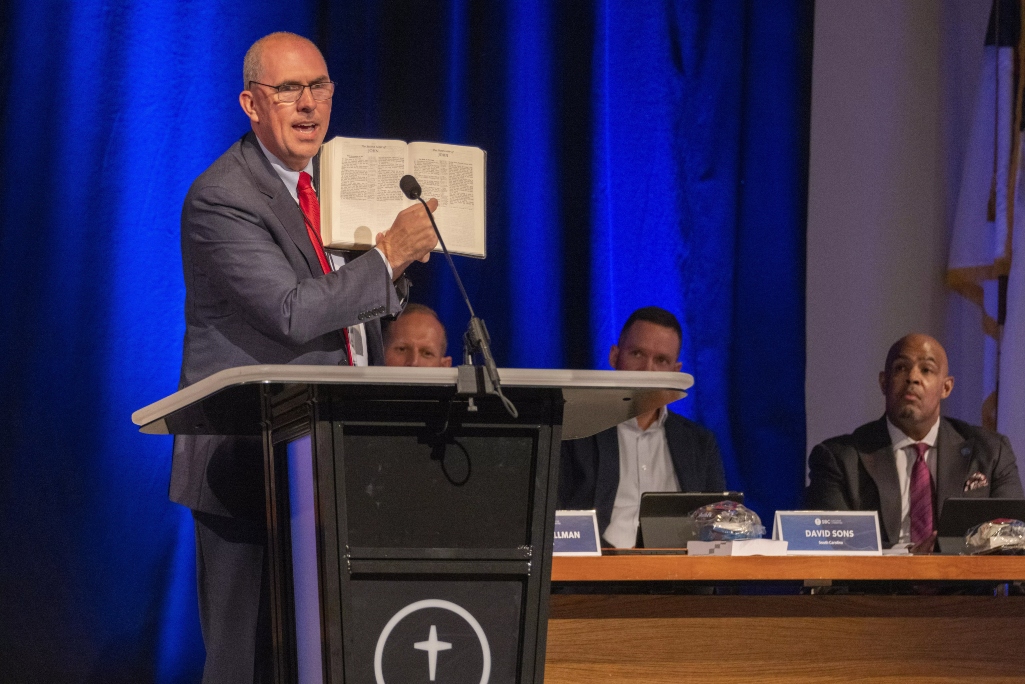 SBC should be known for love, firm convictions, Barber says