Pastor W. Seth Martin sat on guard in his front room until 3 a.m. Friday in case rioters approached his home, which is located just a block from where George Floyd was detained by police and died.

“I would, prayerfully, if it was outside, I would petition and seek the peace for my street,” said Martin, who is also a young husband and father. “I’m a black man who is grieving and this is closer to me as a black man. I would seek peace in that way, but also, I would protect my family. If peace wasn’t possible, I would obviously make sure I protected my family and put them in the safest position possible.”

Martin, the founding pastor of The Brook Community Church of Minneapolis, has led his congregation in joining peaceful protests since Floyd’s death. They’ve sat, chanted and prayed at the memorial which has grown at the location of the incident. They’ve protested on the front lawn of Minneapolis District Attorney Mike Freeman. A church member was shot in the hip with a rubber bullet as she protested outside the Minneapolis Police Department’s 3rd Precinct.

Martin estimates about 90% of protestors chant, sit and march peacefully, while only a handful loot, burn and destroy others’ property.

“We’ve been down at the protests, and we were protesting peacefully, praying, engaging in conversations with one another and with some other pastors who joined us,” Martin said. “It was especially meaningful for us to get together and talk through some of these issues, together.”

Floyd’s death, which occurred during an arrest on Memorial Day, has prompted the protests, as well as rioting, over the issues of police brutality and racial disparities in criminal justice.

Derek Chauvin, one of four arresting officers in Floyd’s case who were fired, was arrested Friday and charged with third-degree murder and manslaughter. Floyd died after Chauvin used a knee to pin Floyd’s neck to the ground for several minutes, as Floyd complained repeatedly that he couldn’t breathe. Peaceful protests and violent riots have erupted in several other U.S. cities since Floyd’s death.

Martin planned to join an interdenominational group of pastors in a prayer vigil in Phelps Park, about a mile from the epicenter of riots on May 30. Chris Reinertson, director of missions for the Twin Cities Baptist Association in Bloomington, Minn., helped arrange the event.

“We’re praying that God answers our prayers, God brings us peace, God brings His love, God brings His justice,” said Reinertson, adding they would pray that “God brings His Kingdom, God rescues people from their selfishness and sin, God brings people to the reality of who they are in their situation,” that God would bring “massive healing to that Floyd family,” and for “racial healing.”

The violence has not deterred pastors from gathering to pray, though socially distanced because of the COVID-19 pandemic.

“I’m going to be with Jesus Christ and His Holy Spirit and His angels protecting,” Reinertson said, “and my brothers … in Christ of all ethnicities. We’re going to be together; we’re not going to be alone.”

Reinertson pastors Southtown Baptist Church in Bloomington, a congregation of about 125 worshipers, comprised of more than 15 nationalities. Citizens from Sierra Leone, Kenya, Mexico, the Dominican Republic, Guyana, China, Russia, Korea, Cambodia and other nations are among Southtown’s membership.

Martin leads a multiethnic congregation of about 60 worshipers, which he estimated was approximately 47% white and 53% black.

“I firmly believe Jesus is on the side of the oppressed. I believe that George Floyd is somebody who is made in the image of God, and that regardless, his life didn’t have to be taken,” Martin said. “I still believe, even in the midst of all of this, that Jesus is the answer, that the church still has the answer.

Martin said the protestors are hurting and want to be heard.

“I don’t agree with it [violence]; I don’t condone it,” Martin said. “When people are hurting and want to be heard, people will go to extreme measures to try to get people’s attention. I think that that is what we are seeing. We’re seeing not just people doing things to take advantage of a moment, but I think we’re seeing people who are bubbling over with the hurt and the anger that they feel and that even, honestly, that I feel.

“The hardest thing for me has been how do I contain my raw emotions, and simultaneously not mismanage what God has called me to be and what Jesus has put me on the earth to do.” 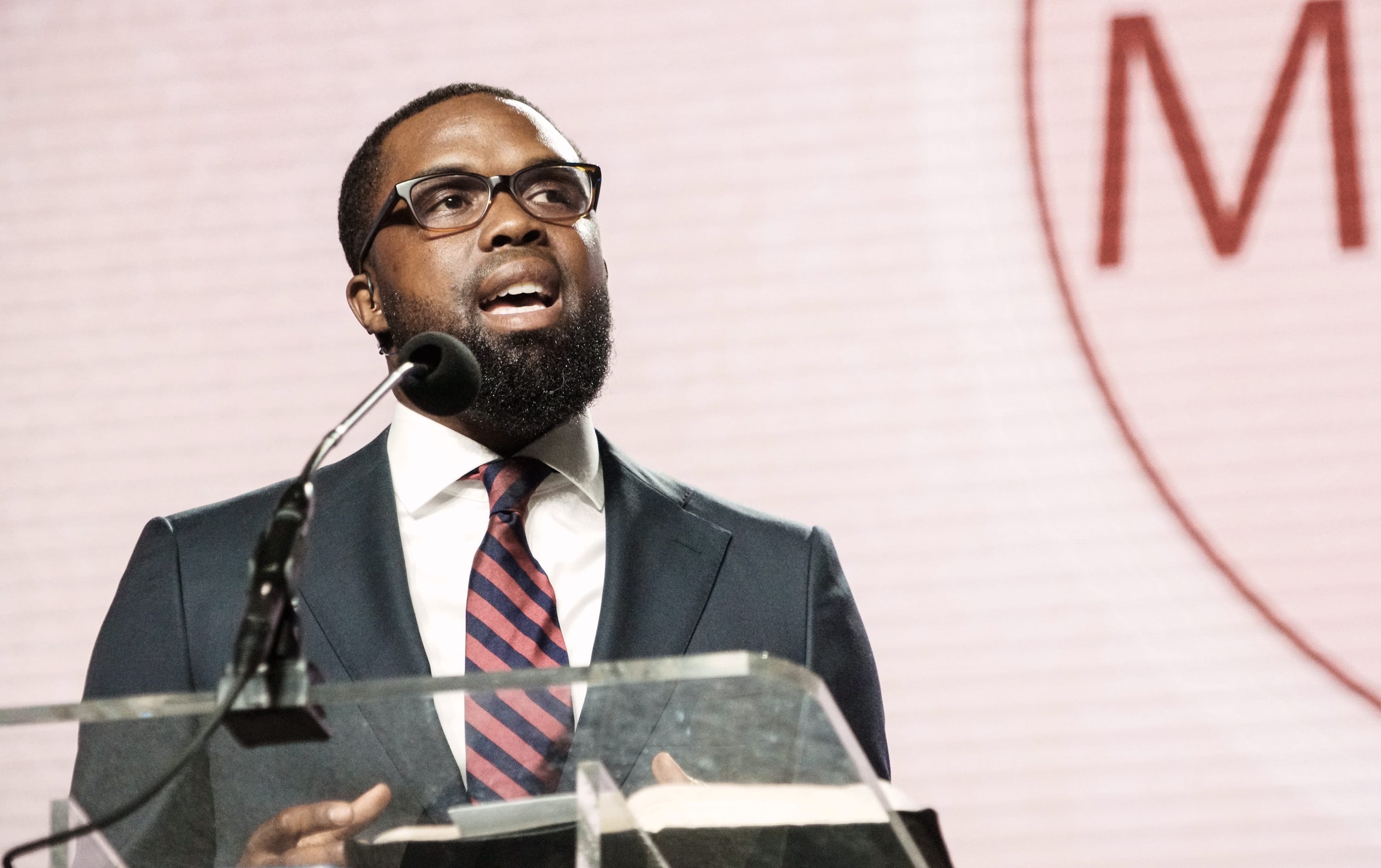 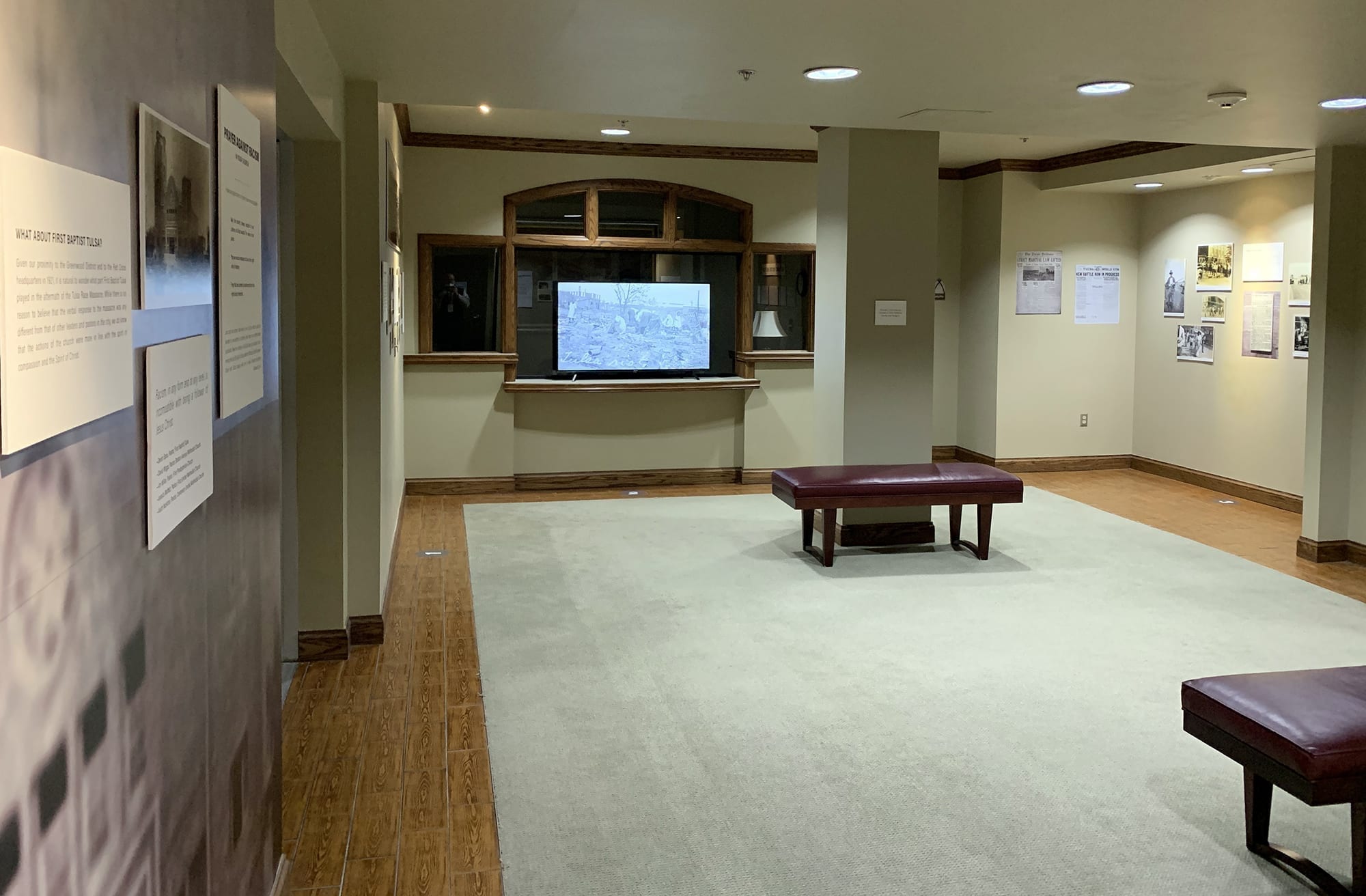