Mohler is expected to be nominated by H.B. Charles, senior pastor of Shiloh Metropolitan Baptist Church in Jacksonville, Fla. Almost a year ago, Charles announced his intention to nominate Mohler for president at the 2020 annual meeting, which was canceled in response to the COVID-19 pandemic.

“It’s basically just a year’s delay,” Mohler said, adding that his reasons for agreeing to be nominated in 2021 remained largely the same.

In October 2019, announcing via Twitter his intent to nominate Mohler at the 2020 SBC annual meeting, Charles cited “serious challenges from our culture, along with incredible opportunities for [g]ospel witness,” and that he believed Mohler was “the statesman leader we need at this precise moment. Southern Baptists know and trust (Mohler). He’s a proven leader in our convention, capable of uniting us behind our shared commitment to biblical truth and the urgency of the Great Commission.”

The 2021 SBC annual meeting is scheduled for June 15-16 in Nashville. Mohler called the cancellation of the 2020 annual meeting, while unavoidable, “a real loss for the SBC, just in the sense that our cooperation is strengthened by relationships.”

Mohler believes the SBC’s challenges include a generational shift in denominational and pastoral leadership amid a rapidly shifting external culture.

“Like every major denomination, [the SBC] faces big questions of mission and conviction and vision looking to the future,” he said. “We are also in a period of increased secularization with all kinds of new challenges addressed to Christians. We’re undergoing massive demographic changes as a nation. That affects our mission field.

“There are also some theological, convictional issues on which some clarification is needful in order for Southern Baptists to move forward together.”

Mohler added that the challenges aren’t unexpected and are not “necessarily a sign of denominational unhealth,” but said he hoped to help the SBC navigate them. If elected, he would be the first entity head to serve as SBC president since Paige Patterson, who served from 1999-2000 while president of SBTS.

Mohler has been president of SBTS since 1993. Under his tenure, the seminary recovered its confessional commitment after decades of drift.

He noted that with the passage of time since the SBC’s conservative resurgence, an ever-increasing number of Southern Baptist pastors and laypersons “were not a part of the battle to recover the denomination from theological liberalism,” and added:

“That distance means we have to work harder to make clear why that battle was important and why those convictions were so central and precious to us.”

Mohler is known beyond the SBC as a leading conservative theological voice on cultural issues and current events, which he addresses in a weekday podcast, “The Briefing.” In 2016, he was outspoken in his opposition to then-candidate Donald Trump. But he has since endorsed Trump’s reelection.

In an essay posted Oct. 26 explaining his decision, Mohler wrote that he remains troubled by what he described as the president’s character deficiencies, but noted the policies enacted and judges appointed during the administration and called Trump “the most effective and consequential pro-life president of the modern age.” He also pointed to the continuing leftward shift of the Democratic party, especially regarding abortion, sexuality and gender and religious liberty, and wrote that “a Biden-Harris administration would be, by any honest account, the most pro-abortion political force in American history.”

Mohler is a member of Third Avenue Baptist Church in Louisville, which reported 609 members and an average attendance of 800 in the 2019 Annual Church Profile (ACP). According to the ACP, the church reported giving $66,000, or 6.1% of receipts, to the Cooperative Program in 2019. 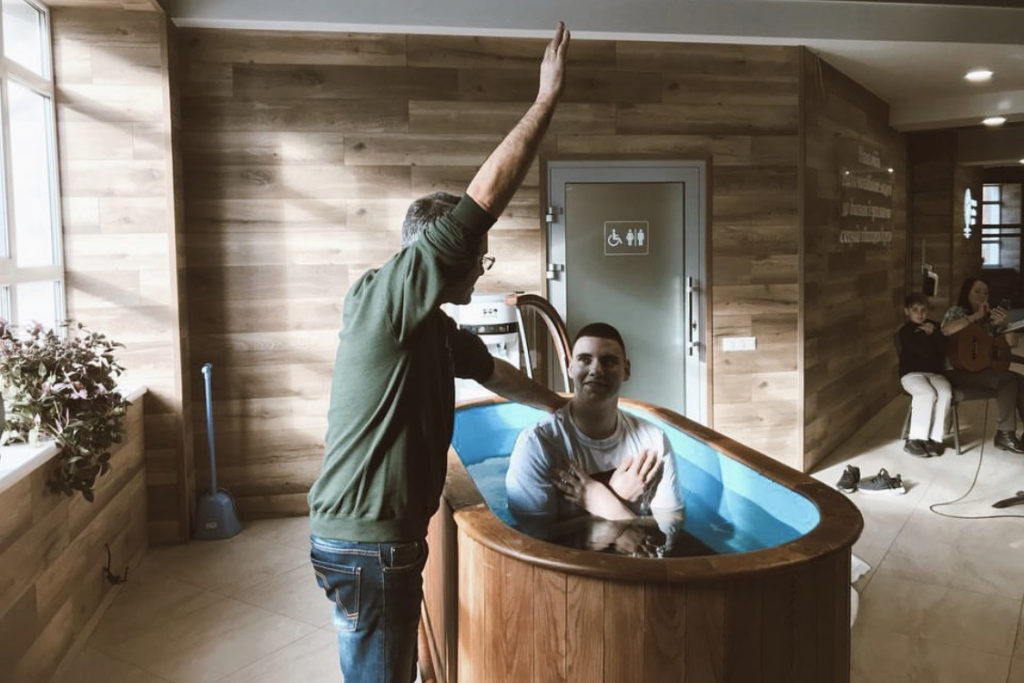 Thousands fill National Mall on day of prayer and repentance