Southern Baptist ethics and religious freedom leader Russell Moore welcomed news that the latest presidential administration will also include an office to help faith-based organizations serve Americans in cooperation with the government.

President Joe Biden established the White House Office of Faith-based and Neighborhood Partnerships by executive order Feb. 14. The new president’s order came 20 years after President George W. Bush launched such a White House office in the second week of his first administration. Each president since then has also authorized a faith-based office in some form.

Moore had worked about a year ago with various scholars and leaders in an effort convened by the Brookings Institution “to think through the legacy and future of the work” of a faith-based office in the White House, he said in written comments.

“Almost all of us agreed that the office is an important point of connection between the government and communities of faith that should exist and that the Faith-Based Office should be reinvigorated and led by those with clout in a presidential administration with credibility to the outside world,” said Moore, president of the Ethics & Religious Liberty Commission. “I am grateful to see that President Biden is re-establishing this vital office.”

The office will have the primary responsibility in the administration “for establishing policies, priorities and objectives for the Federal Government’s comprehensive effort to enlist, equip, enable, empower and expand the work” of both faith-based and secular organizations that serve their communities, according to Biden’s executive order. It will do so “while preserving our fundamental constitutional commitments guaranteeing the equal protection of the laws and the free exercise of religion and forbidding the establishment of religion,” the order said.

Initially, the office will partner with faith-based and other community-serving organizations to focus on the COVID-19 pandemic, economic recovery, systemic racism, historically disadvantaged communities, pluralism and global development and humanitarian work, according to a White House fact sheet.

In a statement, Biden, a Catholic, said he re-established the office “to work with leaders of different faiths and backgrounds who are the frontlines of their communities in crisis and who can help us heal, unite and rebuild. We still have many difficult nights to endure. But we will get through them together and with faith guiding us through the darkness and into the light.”

The White House also announced Josh Dickson will be deputy director of the faith-based office. Dickson served as national faith engagement director in Biden’s presidential campaign and directed the Department of Commerce’s Center for Faith-Based and Neighborhood Partnerships during the Obama administration. Trey Baker, who was the Biden campaign’s director of African American engagement, will serve as the faith-based office’s liaison to Black communities, including Black faith communities.

Rogers, whom Moore said he has worked with for years, “has more than earned her reputation across the political spectrum for her experience, intelligence, skill and integrity,” he said. “We will be engaging with the Office of Faith-Based Partnerships on a variety of issues where people of faith can serve the vulnerable in our communities.”

Bush created the first such office in 2001, naming it the White House Office of Faith-based and Community Initiatives. He also established faith-based and community centers in five federal departments. The goal of Bush’s office was to remove barriers to religious and other organizations working with the government to help the needy by enabling them to compete for federal funds to provide social services.

In 2009, Obama renamed the entity the Office of Faith-Based and Neighborhood Partnerships and expanded its assignment to four priorities, including supporting “responsible fatherhood” and addressing pregnancy among teenagers and reducing “the need for abortion.”

President Trump re-established the office as the White House Faith and Opportunity Initiative about 15 months after he took office. He named Paula White, considered by many conservative evangelical Christians a “prosperity gospel” preacher, as head of the initiative in November 2019. 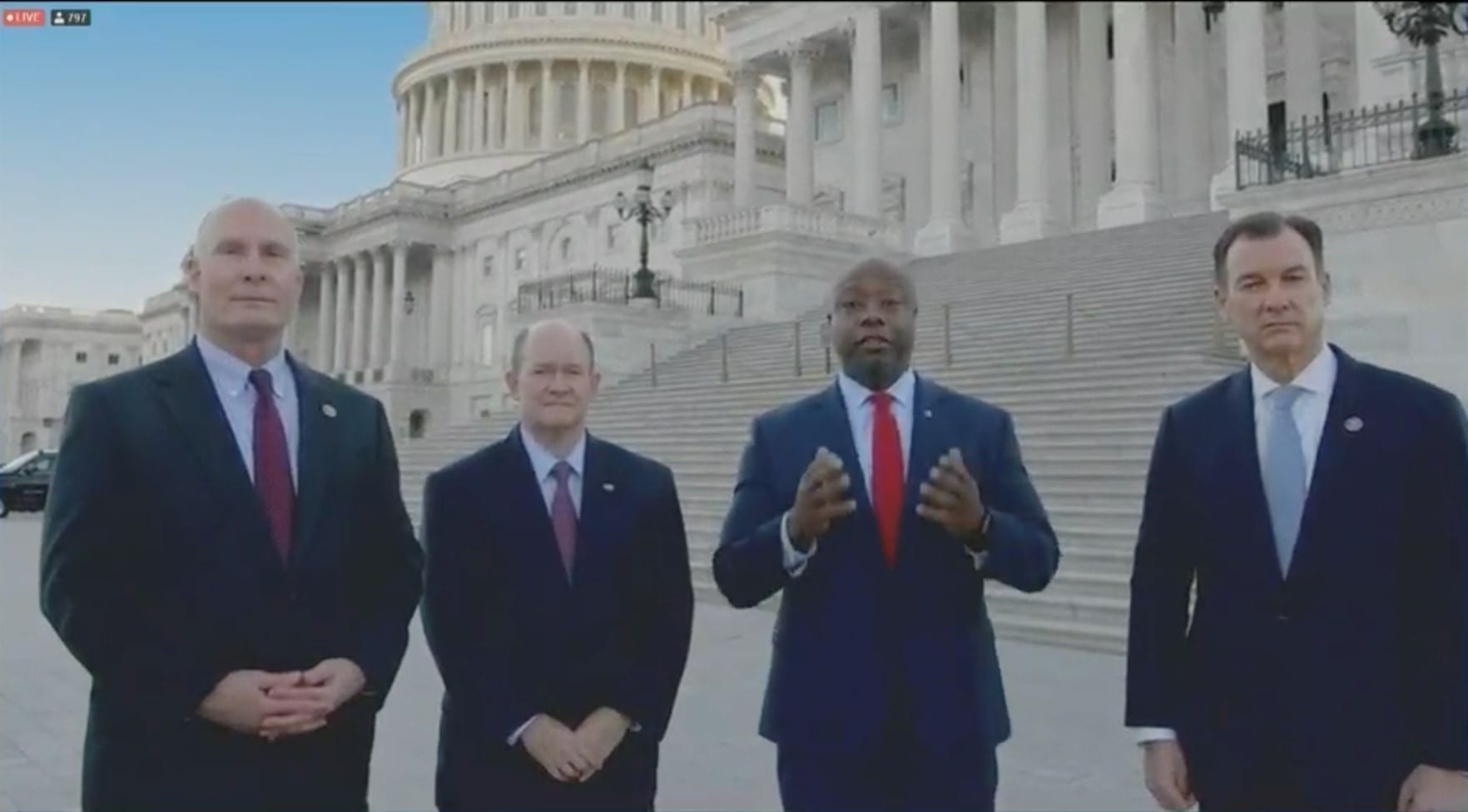 In a ‘dark, dark time,’ Biden urges a turn to faith at National Prayer Breakfast