The Executive Committee of the Baptist State Convention of North Carolina’s (BSC) board of directors unanimously approved a restructuring plan for the state convention today (Aug. 24), aimed at prioritizing the needs of local churches and associations across the state.

The new structure will emphasize providing support and resources to churches and pastors, while giving them more direct and streamlined access to convention staff members through a new regional ministry model.

“By God’s grace, North Carolina Baptists have a rich history and heritage,” Unzicker said. “Our goal is to support our churches and pastors even better and in greater ways than we ever have before.”

Unzicker said the restructuring will align the convention and its staff to connect churches to relationships and resources that fuel missions partnerships across the state and around the world, which has been a key component of his vision for N.C. Baptists.

Under the plan that was presented and approved by the committee, the state convention’s organizational structure will be refashioned into five main groups. Each group will be headed by a director who reports to Unzicker.

In his new role, Register will oversee a group of deployed catalysts who will serve churches in each of the geographic regions of the state that are identified in the state convention bylaws. The deployed mission catalysts will serve as a primary contact person for pastors, churches and associations in their respective region. The group will also include statewide catalysts to serve African American, Asian and Hispanic pastors and churches, respectively.

“These catalysts will be representatives of the convention for your area and for your church,” Unzicker said. “They will work with associations and churches to be on mission together and strengthen the Great Commission work in those areas.”

In addition, Register has chosen to step aside from his role as associate executive director-treasurer so he can focus on building this new group of catalysts.

Brian Upshaw, current executive leader of the state convention’s Administration and Convention Relations group, will become director of the new Ministry Strategies group. In previous roles with the convention, Upshaw has led the work of the former Disciple-Making, Church Health and Revitalization, and Church Ministry teams.

In his new role, Upshaw will lead a group of convention staff members who are specialists in particular ministry areas to work with churches, pastors and others to develop and implement strategic plans and approaches to ministry.

“Your state convention will equip, train, develop and assist your church and your association with any ministry,” Unzicker said.

In his new assignment, Upshaw will also take on the title of associate executive director-treasurer, which will include a revamped focus on training and development for convention staff.

“Both Chuck Register and Brian Upshaw have faithfully served North Carolina Baptists for more than a decade,” Unzicker said. “They are well known, well respected and have great rapport with pastors and churches all across our state. These new assignments align with each of their strengths and passions, and they will continue to provide exceptional and effective service for God’s kingdom.”

Seth Brown, current executive editor and president of the Biblical Recorder, will join the state convention staff as director of the new Convention Relations group. In his new role, Brown will serve as a liaison to the state convention’s board of directors, institutions, agencies, multiple committees of the board and convention, as well as other ministry partners.

“I have grown to know and love North Carolina Baptists through the ministry of the Biblical Recorder. It has been a joy to tell the stories of how God is working across this state,” Brown said. “I am deeply grateful for the opportunity to continue serving this family of churches in a new role with the state convention.”

John Butler, current executive leader for the state convention’s Business Services group, will become director of the new Operations group. Butler will maintain many of his current responsibilities in overseeing the work of accounting, church benefits, human resources, facilities, and camps and conference centers. As part of the organizational changes, the work of the state convention’s Information Technology team will come under Butler’s leadership.

Kathryn Carson, who currently leads the work of the state convention’s Communications team, will become director of the newly formed Marketing and Communications group. In her expanded role, Carson will provide strategic direction for communications initiatives that involve print and digital communications, website design, social media, editorial content, graphic design and videography. Carson’s group will work with the entire convention staff to develop resources and provide expanded support for churches.

Carson is just the second woman to hold a director-level position in state convention history. Sara Ann Hobbs served as the director of the state convention’s former Division of Missions from 1978 to 1991.

Convention staff and members of the state convention’s board of directors were notified of the Executive Committee’s approval of the organizational changes immediately following the meeting. State convention leaders said their goal is to implement the restructuring plan by Oct. 1.

Prior to voting on the measures presented by Unzicker, Executive Committee member Terry Stockman voiced a prayer on behalf of the committee, calling the moves “a historic shift in the way we do ministry here in North Carolina.”

Convention leaders expressed their collective support of the measures adopted by the Executive Committee.

“The changes made by our Executive Committee today reflect the vision that Todd has shared with countless North Carolina Baptists since he was put forth and elected as our EDT,” BSC convention president Micheal Pardue said in a statement. “Todd has allowed current convention leaders, numerous pastors, associational mission strategists and former convention officers to have significant input into his thought process. I hope all North Carolina Baptists will be excited about where God is taking us as we are on mission together.”

“There are times in the life of a church or a Christian organization when you have to put the vision out front and provide structure to accomplish that vision,” said board president Matt Capps, pastor of Fairview Baptist Church in Apex, N.C. “The main aim of this restructuring is for the mission. All of these decisions have been sought prayerfully in order to accomplish the mission of this convention.”

In other business, the Executive Committee unanimously endorsed a Cooperative Program budget proposal for 2022 totaling $28 million, an increase of $1 million from the current budget. The proposal also calls for a 3% increase in the state convention’s allocation to its global ministry partner, which moves the allocation from 42% to 45% of the total budget.

The recommendation will now be presented to the state convention’s full board of directors for consideration at its regularly scheduled meeting in September. The budget proposal endorsed by the board will then go before messengers at this fall’s annual meeting for final consideration.

In addition, the committee approved the hiring of Bradley Norris to serve as the state convention’s new human resources officer, a position that has been vacant since February.

Norris, a North Carolina native, has served as executive pastor at Grace Alive Church in Orlando, Florida, since 2017. At Grace Alive, Norris was responsible for hiring, compensation, benefits, workplace culture, policies, procedures and more for a multiethnic congregation. Norris also has experience in the business world, at Southeastern Baptist Theological Seminary, and as a youth minister and student pastor at N.C. Baptist churches.

The Executive Committee’s next meeting will take place in conjunction with a meeting of the state convention’s board of directors that is scheduled for Sept. 27-28 at Caraway Conference Center near Asheboro. 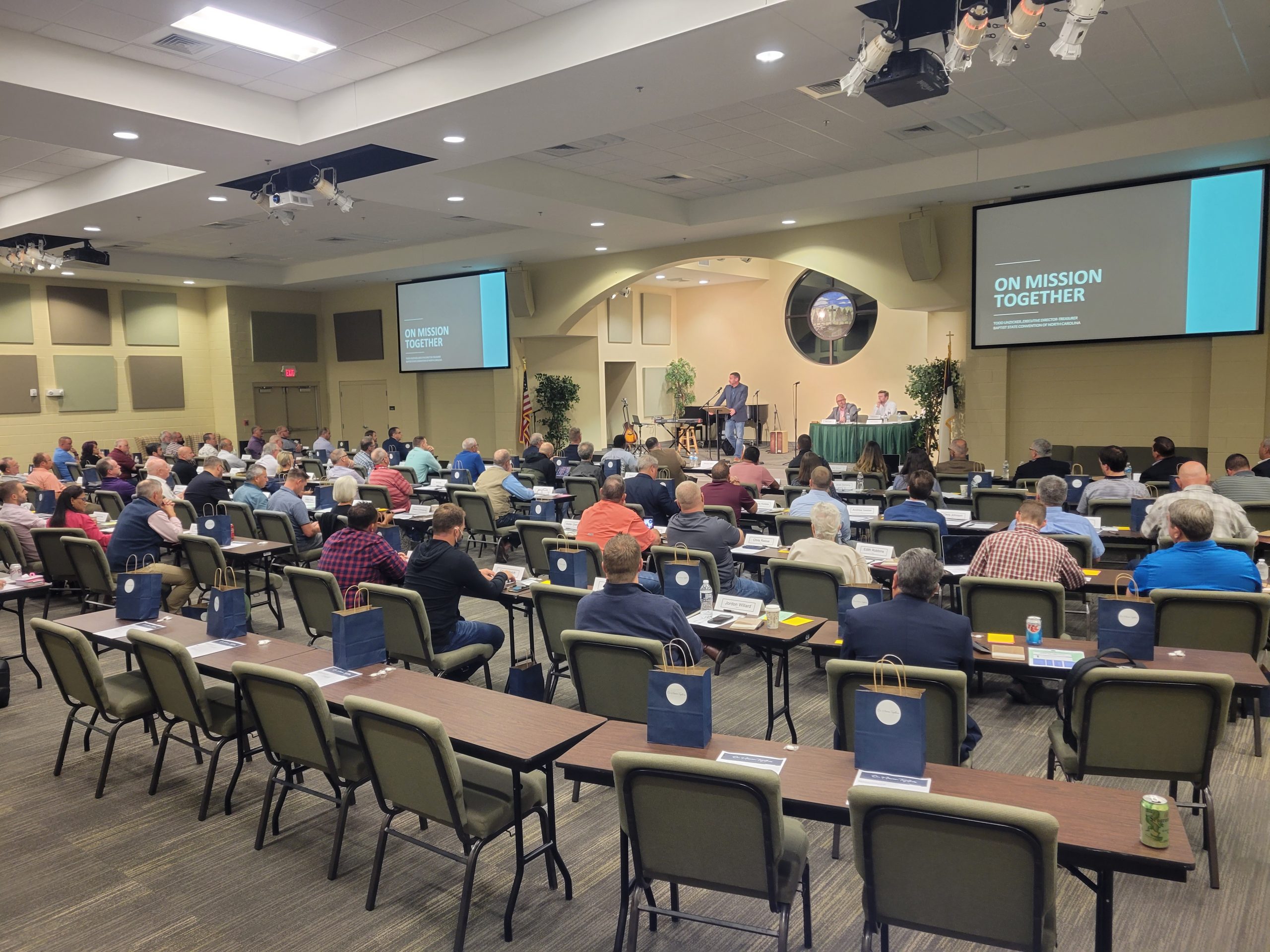 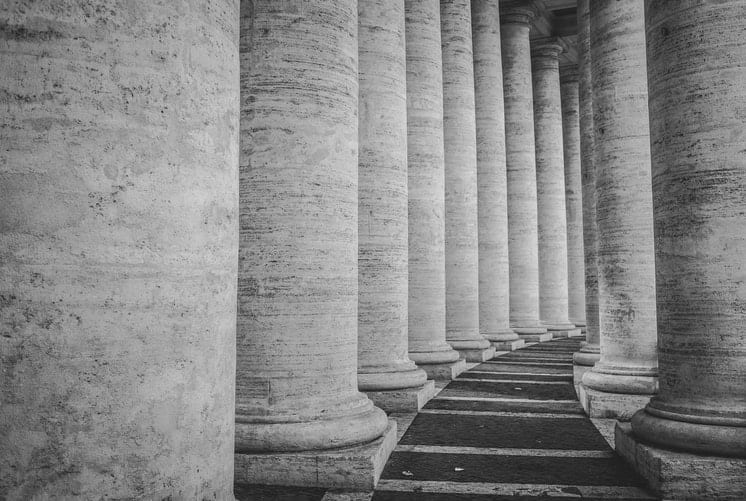