A lawsuit against the North American Mission Board (NAMB) was remanded back to a district court by a federal appeals court July 16, reversing a dismissal decision from April 2019 which stated the court could not consider Will McRaney‘s claims because of the ecclesiastical abstention doctrine.

The ruling in the 5th U.S. Circuit Court of Appeals comes more than five months after oral arguments were heard in the case. The lawsuit, originally filed in 2017, involves Will McRaney, the Baptist Convention of Maryland/Delaware‘s (BCMD) former executive director, and allegations that NAMB had intentionally defamed him and wrongfully influenced his 2015 termination by the BCMD after a dispute over collaborative missions efforts in the region.

In April 2019, Senior Judge Glen Davidson of the U.S. District Court Northern District of Mississippi dismissed the lawsuit, ruling the court could not consider McRaney’s claims because of the ecclesiastical abstention doctrine, which prevents the government from interfering in church or religious matters. McRaney’s counsel argued in the appeal that the ecclesiastical abstention doctrine did not apply.

The three-judge panel did not make a determination as to whether or not the ecclesiastical abstention doctrine applied, but instead pointed to the uncertainty of the facts surrounding the case.

The decision stated “the relevant question is whether it appears certain that resolution of McRaney’s claims will require the court to address purely ecclesiastical questions. At this stage, the answer is no.”

McRaney was quick to claim victory in the ruling.

“We are pleased with the 5th U.S. Circuit Court of Appeals’ legal ruling in our favor to reverse and remand the case back to the District Court so that the facts may be heard,” McRaney said in a statement. “The clear message from the court was that [Kevin] Ezell and NAMB are not protected from violations of civil laws just because NAMB [is] a religious organization. We look forward to having Kevin Ezell, along with current and former NAMB staff, answer questions under oath so that justice can be served.”

No trial or depositions have been scheduled, however. Dates and court schedules for the possible continuation of the case in the U.S. District Court Northern District of Mississippi have not been set.

Following the decision, NAMB issued a statement to Baptist Press reasserting that “the Court of Appeals has not found NAMB at fault. It merely ruled that the District Court prematurely dismissed Will McRaney’s lawsuit. In fact, the Court expressly recognized that further proceedings could well justify another dismissal. We have always disputed Will McRaney’s allegations, and we will continue our vigorous defense in the appropriate forum.”

McRaney’s suit claimed NAMB had prevented or attempted to prevent him from speaking at conferences after his departure from the BCMD, and that he suffered emotional distress when his photo was displayed in the reception area of NAMB’s offices in Alpharetta, Ga. Except to acknowledge the photo had been posted in the reception area of its headquarters, NAMB has consistently denied those claims.

McRaney was the BCMD’s executive director from 2013 until he was terminated in June 2015. He filed suit in April 2017, after more than a year of online postings alleging various wrongdoing by NAMB and its president Kevin Ezell, including the claim, made in the lawsuit, that NAMB threatened to withhold money and to end a strategic partnership agreement for evangelism and church planting “unless McRaney was terminated.”

NAMB has consistently denied that claim, along with others. Its response to McRaney’s lawsuit stated the BCMD had become “a dysfunctional and difficult ministry partner” under McRaney’s leadership as executive director. 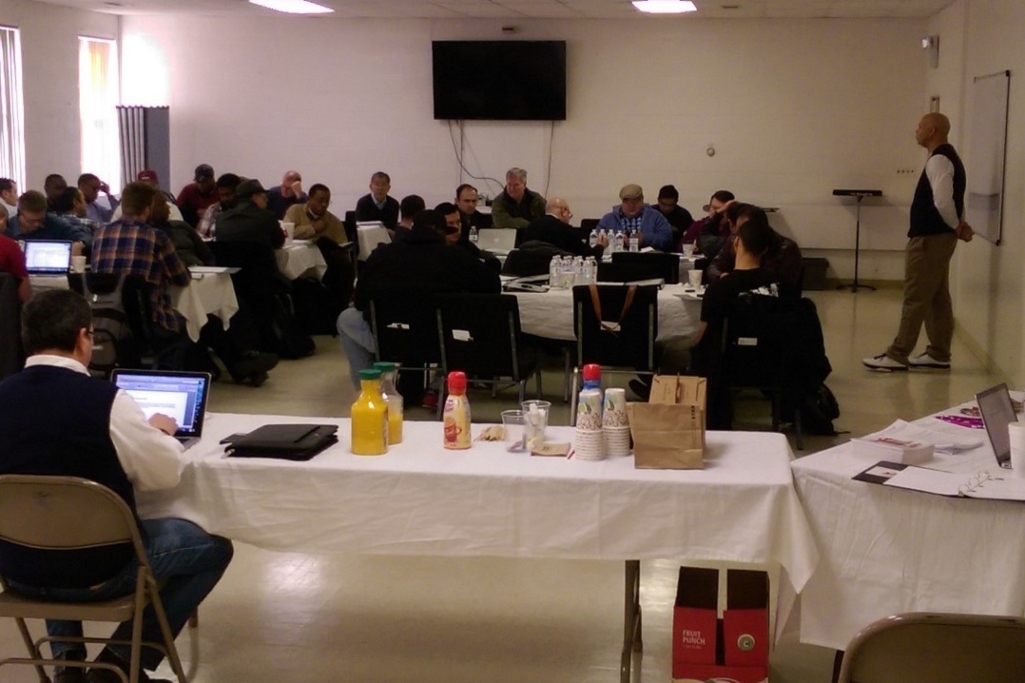