When Jamie Dew and his family arrived last summer in New Orleans to lead the Southern Baptist seminary there, people told them, “If you love the city it will love you back.” Following a busy first year full of both successes and challenges, Dew said that’s true not only of his adopted city but the seminary as well.

Dew, 43, who on June 5 marks the 1-year anniversary of his election as the ninth president of New Orleans Baptist Theological Seminary (NOBTS), recently spoke with the TEXAN about the year behind and what lies ahead.

Situated amid the density and diversity of New Orleans, NOBTS and Leavell College offer students immediate practical application for their theological education, Dew said. “This city has brokenness,” he said. “It has opportunity. It has poverty. It has wealth. It has Southern Baptists. It has a lot of Catholics. It has a lot of Hindus – you fill in the blank. It’s got culture, it’s got music, it’s got food.”

Dew points to unity among local churches and the city’s designation by the North American Mission Board as a Send City as two factors contributing to NOBTS’ ability to prepare students for urban ministry. “There’s so much of it that happens down here,” he said. “There’s just a lot of natural synergy there for the denomination between our entities.”

With the seminary’s historic role as “a very strong missions school” and the city’s cultural diversity, Dew plans to make international missions another priority.

Dew, who came to NOBTS from Southeastern Baptist Theological Seminary, recalled from his time there as professor and administrator “watching hundreds and hundreds of students come, prepare and go – and that’s kind of in my DNA now.” A philosopher by training, Dew credits a reemphasis in his own life from intellectual pursuits to missions “because of my time at Southeastern.”

Noting “we’ve got to do our part” among the six Southern Baptist seminaries, Dew hopes to reemphasize missions at the institutional level by creatively thinking through ways to “incorporate it more strongly into the curriculum and life experiences of students,” potentially through faculty hires and mission trips.

‘If you love the city, it will love you back’

Like so many far away places missionaries call home, New Orleans for all its rough edges is generous. Dew called it a “deep grace” for him and his family “to be here in this city with these people on this campus.”

He and his wife, Tara, with their two sets of twins – Natalie and Nathan, 13; and Samantha and Samuel, 10 – have experienced what Dew called “a very natural somewhat instinctual affection and desire for these people.”

“We threw ourselves into it,” Dew said. When they first arrived, the Dews began visiting and networking with local churches. Their first month and a half in New Orleans the Dews “were on the road every single weekend at a new church” and one weekend the kids asked him, “Dad, seriously, can we go back to the same church at least twice?”

They hopped into life on campus and life in the city. “We did everything,” Dew said, “basketball games and festivals, and we did 11 or 12 Mardi Gras parades.”

“We just jumped in and those folks were right – you love the city, it loves you back.”

“The same has been true of this campus and these students and this faculty,” Dew said. Along the way, they discovered “the best coffee in the city” – right on campus, at Café New Orleans.

Amid the fast-paced change that comes with the job, Dew said he guards family time in daily rhythms.

“Unless there is a crisis of some kind, when I go home I’m home,” he said. “I’m not on my computer.”

“I’m having dinner with my kids, I’m finding out about their day and [I] let them pepper me with questions about my day. We will go for a family walk, watch a movie or watch a little Dude Perfect on YouTube. We’ll do something as a family and then when we put them to bed, Tara and I have some time together, and then I’ll go to sleep and I’ll come back and I’ll work in the morning.”

“My oldest twins are 13 and my youngest twins are 10,” Dew said. “I’ve only got five more years with my oldest kids, and so when I go home I protect that time like sacred terrain.”

But while the life of the president’s family is busy with its own “joys” and “challenges,” Dew added, “We all just look back, even our 10-year-olds, and just think, ‘Wow, we’re so glad we’re here.’”

‘If Christianity is true, then it’s good’

Dew was elected to NOBTS last June with one Ph.D., but by the time he walked into his first day on the job he’d picked up a second, from the University of Birmingham in England. Both doctorates specialize in philosophy of religion, and his written works range from postmodernism to Thomistic hylomorphism.

Dew, who became a Christian at the age of 18 and will soon mark 25 years of following Christ, said he’s been doing apologetics almost that long and in the last quarter-century “apologetics as a discipline has evolved tremendously.”

The answer, Dew believes, goes back to approaches taken by C.S. Lewis and Blaise Pascal.

“Part of what Christians need to be laboring to do in this cultural moment is to show the goodness in the beauty of Christianity,” Dew said. “Look, if Christianity is true, then it’s good, right?”

Dew looks back on his first 18 years of life, before he was a Christian, and recalled, “I can see 18 years of brokenness when I did it my way, doing everything I wanted.”

“And then I threw myself on Jesus Christ … and in that life, well, my goodness. I mean all I can see is life and flourishing.”

But Dew said while “we need to show” the beauty of Christianity, so often Christians “fight like cats and dogs amongst ourselves.”

“That shows no beauty.”

And New Orleans, beyond its urban diversity and generous attitude, is well situated to show Christianity in a way lost people wish it were true.

That’s mainly because of the local churches, according to Dew.

New Orleans’ brokenness means if Christians aren’t careful “the darkness here will absolutely overcome everything.” Local churches across the New Orleans Baptist Association, Dew said, “line up shoulder to shoulder and get after it for the kingdom.”

Without dismissing meaningful theological differences, New Orleans churches “don’t have the luxury of dividing over Calvinism” or other secondary matters, he said.

“The gospel is already offensive enough to unbelievers,” Dew said. “But don’t add your own offensiveness to it.” 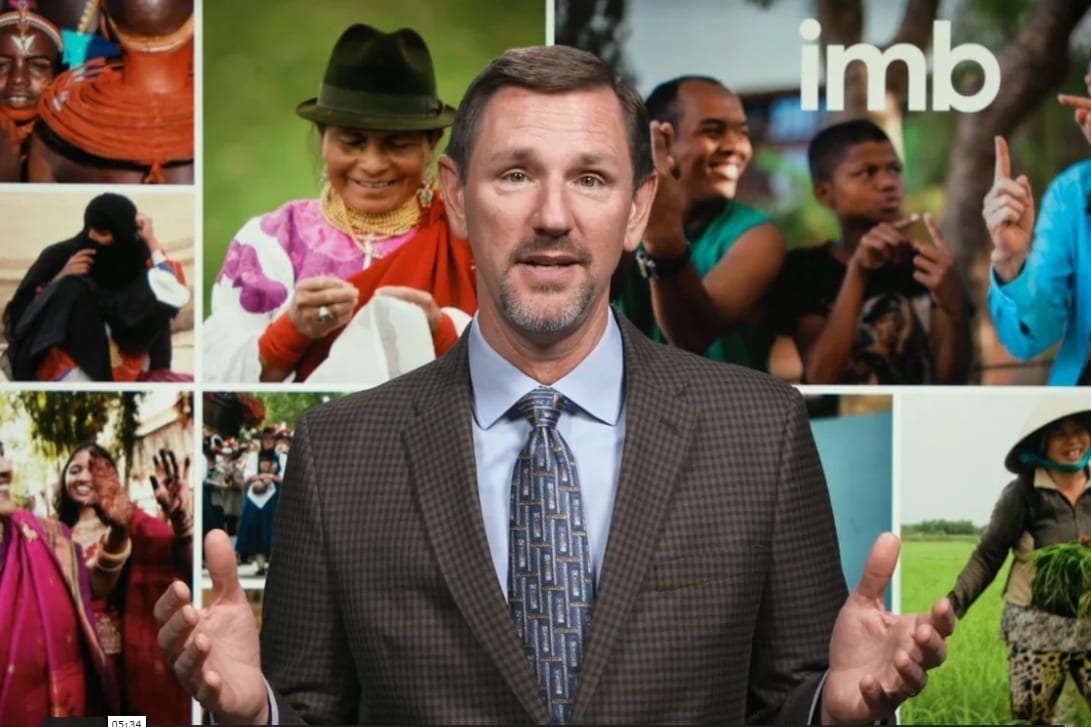 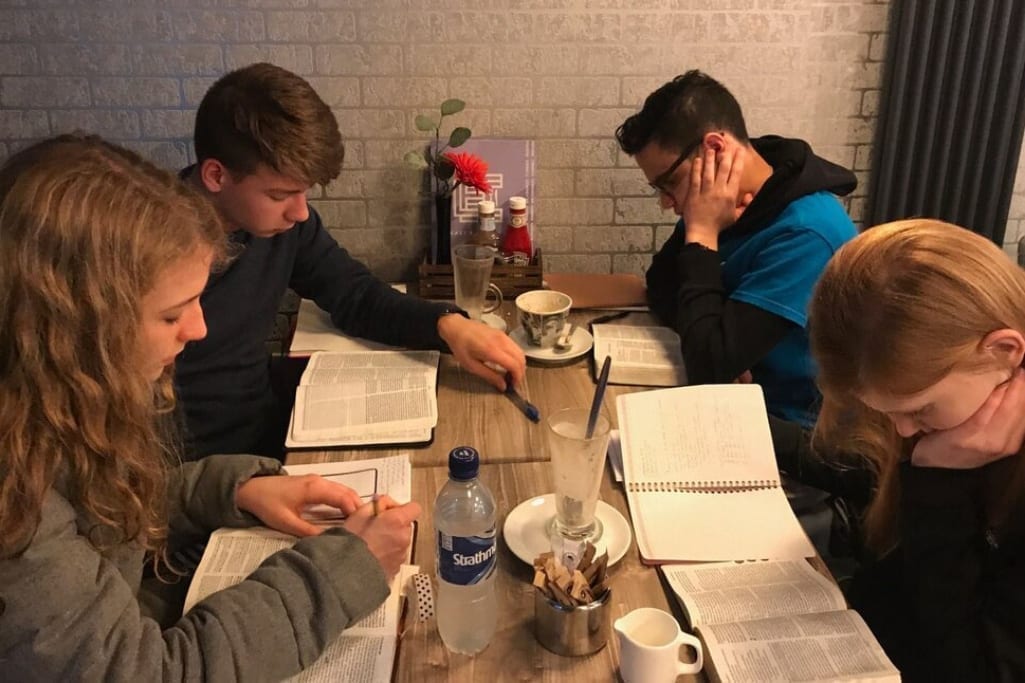