For Matt Boswell, pastor of The Trails Church, experiencing the event live or televised made no difference. He was happy to be among the honorees.

The TEXAN interviewed Boswell on the eve of the Dove Award ceremony about modern hymn writing, what the nomination means and what’s next for the North Texas pastor.

The nominated album marks the first time Boswell and Papa have recorded together, although they have been a songwriting team for over a decade, penning hymns such as “Come Behold the Wondrous Mystery” and “Christ the Sure and Steady Anchor.”

“His Mercy Is More” was inspired by the words of “Amazing Grace” writer John Newton, “Our sins are many but His mercies are more.”

Boswell has been writing and performing worship songs for a quarter century, since he led student worship at age 15 in his father’s church in DeSoto, Texas. He met Papa in Nashville over a decade ago when the two were writing songs for different publishers and Boswell reached out.

“We just hit it off in the beginning. We work really well together,” Boswell said of the collaboration, describing the typical process the two undergo during composition. Generally, Boswell begins thinking through a new hymn by conceiving of a title and working through content. Papa supplies most of the melodies.

“Matt [Papa] is a much stronger musician than I am,” Boswell said. “I am not near as gifted musically as he is, and I just love the melodies he writes.”

Biblical accuracy is important to both songwriters. Boswell received a Ph.D. with an emphasis in Christian Worship and Biblical Spirituality from Southern Baptist Theological Seminary in May; Papa also attended seminary and currently serves as the worship and arts director at Christ Covenant Church in Atlanta.

“We both care about the tethering of truth to beauty. But truth is paramount,” Boswell said. “What we sing must be true first and foremost. And then you add layers of trying to adorn that truth with beauty, whether it be with language or music. But everything revolves around the truth of who God is, the sufficiency of God’s Word, the centrality of the gospel.”

Although the two have written together since 2009, “His Mercy Is More” marks the first time Boswell and Papa, who have distinct stylistic interpretations of their music, have recorded together. It won’t be the last.

To commemorate their Dove nominations, the pair released a new song Oct. 23. “Psalm 150” was recorded this summer.

Boswell praised the team at Getty Music for their support in taking the pair’s hymns and “scattering them all around the world.”

“His Mercy Is More” reached number 45 on the Church Copyright Licensing International charts, while the pair’s older songs such as “Christ the Sure and Steady Anchor” and “Come Behold the Wondrous Mystery” remain in the 100s.

Boswell credited Northern Ireland’s Keith and Kristyn Getty and the UK’s Stuart Townend for opening the door for the “new generation” of hymn writers.

“Had it not been for those guys, I don’t know that I would have written in this genre,” Boswell said. “It’s fun to get to work with my heroes now. And to love them still.”

When not writing and recording modern hymns, Boswell leads The Trails Church, a church plant of Frisco’s Providence Church that has grown substantially in its short existence. Although he served Providence as worship leader, Boswell has assigned that duty to another music director at The Trails.

The growth of The Trails has been remarkable, Boswell said, noting that some 500 attended an anniversary and baptismal service held outside in early October.

On Sundays, the church meets in a community room at a school district-owned stadium complex. Reservations are required for the two in-person services to ensure proper social distancing. Services are also online. Recently the church merged with the former Grace Baptist Fellowship in Celina. Now that facility provides office space and room for midweek Bible studies and events for The Trails.

Boswell, whose father now serves as the Colorado Baptist Association’s director of church health, and whose grandfather was an International Mission Board missionary and interim pastor, came to Southern Baptist life naturally.

As for the Dove nomination, “The 10-year-old part of me who grew up listening to Christian music is very excited,” Boswell said, adding, “It’s an honor to be recognized by the Gospel Music Association for the work we’ve been doing.” 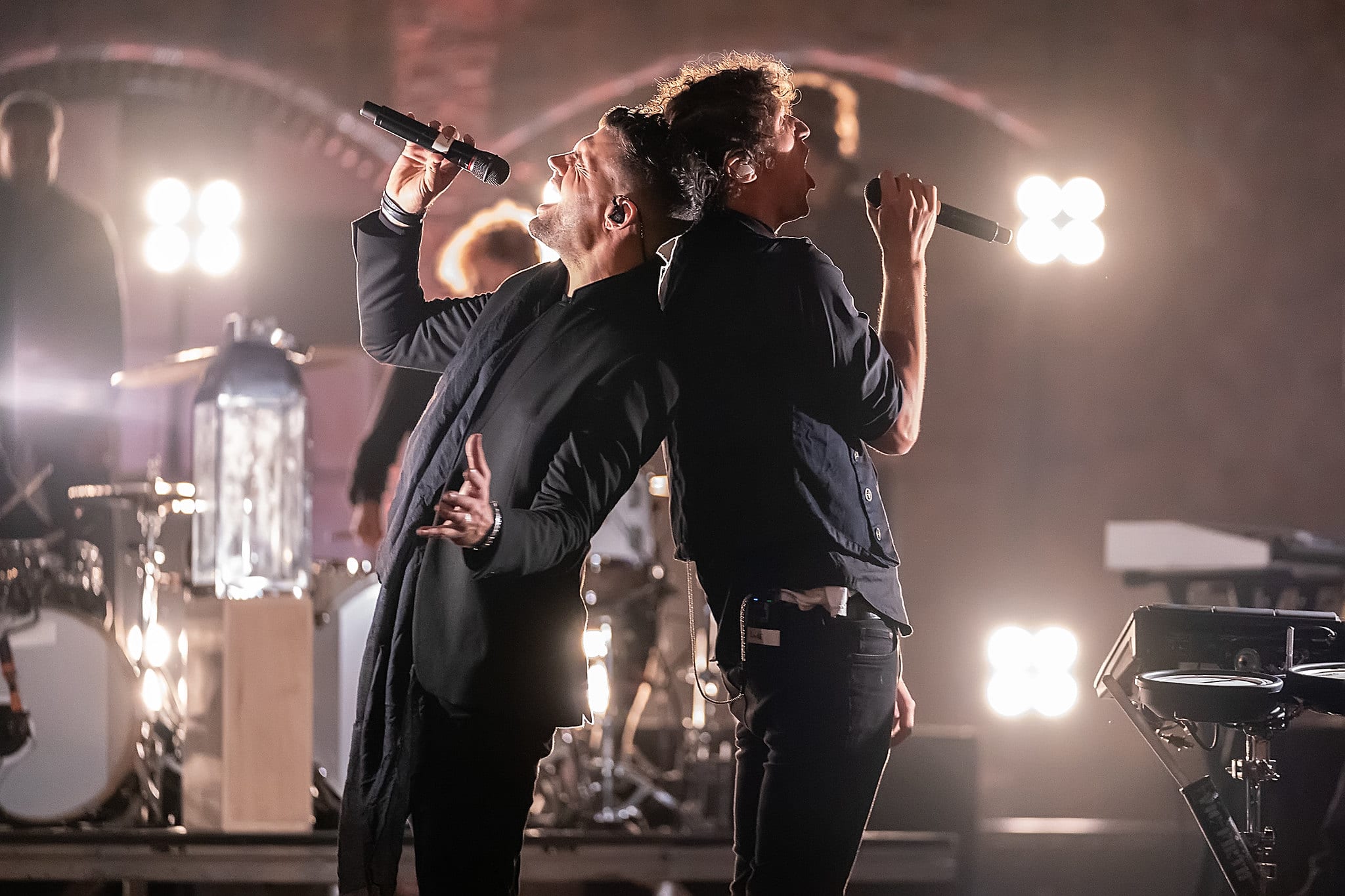