Heightened tensions from a leaked Supreme Court document indicating the possible overturn of the court’s 1973 Roe v. Wade decision preceded attacks across the country on pro-life churches and pregnancy care centers, leaving like-minded groups on high alert while maintaining their positions on the sanctity of life.

“Our mission hasn’t changed,” Care Net-Madison (Wis.) Chief Executive Officer Sara Patterson told Baptist Press (BP) May 5, three days before the headquarters for Wisconsin Family Action (WFA) was set on fire in an attack that included the attempted use of a Molotov cocktail. In addition to the fire, messages scrawled on its building included, “If abortions aren’t safe then you aren’t either.”

Patterson’s comments came in response to a question about pro-abortion protests in response to the leaked SCOTUS document. They now also address acts of violence, as the WFA’s offices are one mile from Care Net’s.

“We’re OK so far but asking police to patrol extra,” Patterson told BP in an email May 8. “Please pray!”

In Fort Collins, Colo., on May 7, a Catholic church endured its second bout of vandalism in recent months with what authorities called “a bias-motivated crime.” Local television reports confirmed the message “My body my choice” was painted on the church’s front doors. Windows were broken and statues on the property were defaced.

The same day, the executive director for The Loreto House, a pregnancy resource center in Denton, Texas, arrived for work and discovered “Not a clinic” on its main sign and front door and “Forced birth is murder” spray-painted beside the front door.

The upcoming SCOTUS decision, if it is indeed reflected in the leaked document, directs abortion regulating power back to the states. Current legislation has 26 states, including Wisconsin, set to effectively ban abortion if that happens. Illinois would be in a different camp, literally surrounded by states in the first group.

“The impact is and will be significant to pro-life pregnancy clinics in Illinois as surrounding states are banning abortion,” said Doug Devore, interim executive director for the Illinois Baptist Children’s Homes and Family Services (BCHFS). “In the state of [Illinois], we have already begun to see this because of abortion-friendly legislation (Reproductive Health Act of 2019). Additionally, bills such as the HB4221 are being created to discredit Illinois pro-life pregnancy centers.”

The BCHFS’s clinic in Camri opened in December 2020 and sits in a rural area in the southern part of the state, less than an hour from one of the largest abortion clinics in Illinois and within 60 miles of three other states. Challenges come not only from battling the image of “women’s health” promoted by abortion clinics but also from women pursuing medical abortions through the morning-after pill.

The BCHFS has been in operation since 1979.

“We welcome the opportunity to share the services that we offer across our ministry,” Devore said. “We care not just about the unborn child, but also about the mother and the entire family.

“We want to share the truth about the choices women and men are facing in an unexpected pregnancy. We offer pregnancy testing, sexually transmitted infection testing and treatment, labor and delivery classes, limited ultrasounds, parent training and post-abortion support services.”

Programs assisting mothers and fathers beyond a child’s birth are a mainstay at such clinics. In addition to prenatal care and counseling, Care Net provides education classes, a fatherhood program and a maternity home where women can stay for free and pursue goals such as a college education.

“We want them to be the best mothers they can be,” Patterson said. “We work with dads to help them learn how best they can support their partner. … The father’s support is very important, and we have men who work directly with them.”

Devore told BP that the BCHFS has not received any threats but will continue to follow security policies and procedures already in place. Those include keeping doors locked and not seeing clients if only one staff member is present, a security system with cameras and alarms and reporting any threatening or suspicious behavior to local police.

“This would include protestors, threatening phone calls or any violence,” Devore said.

Daniel Degner, director for the Church Ambassador Network of the Wisconsin Family Council, thanked state executive Leo Endel and the Minnesota-Wisconsin Baptist Convention for their support.

“Headlines over the weekend have made it clear that many pro-life churches and ministries across the country, as well as the conservative Supreme Court justices, have been targeted by pro-abortion activists,” Degner wrote in a May 9 email shared to BP with his permission.

A fire that started in the office of WFC Executive Director Julaine Appling left damage from the flames, smoke and water. Appling is scheduled to appear this evening on Tucker Carlson Tonight, Denger added.

There are several ways Southern Baptists can pray for his group and others, Denger shared with Endel. Praises should include that no one at the office was injured, the fire was spotted and contained quickly and that neighbors who shared their office building did not suffer loss. Prayer requests include wisdom for staff, success for law enforcement during the investigation and for those who committed the crime to be brought to repentance and salvation. Provided in bold, the email read, “Pray that God will be pleased to take what was intended for evil and use it for good.” 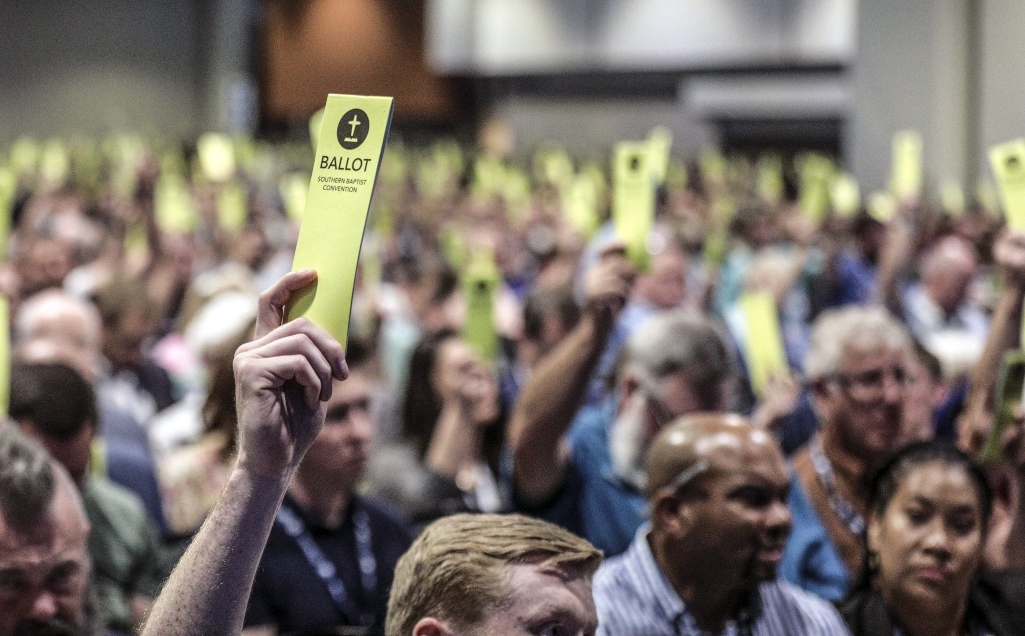