Law enforcement officers in Greensboro arrested eight individuals recently for gathering outside an abortion clinic after being told to disperse, according to police reports. The group was affiliated with Love Life, a pro-life ministry that organizes prayer gatherings and other demonstrations.

Love Life founder Justin Reeder was among those arrested. He and at least two others were arrested on March 28 and March 30. Official reports said demonstrators were allegedly resisting, delaying and obstructing officers.

Greensboro officials issued a stay-at-home order that went into effect March 27. The order is meant to reduce the spread of COVID-19. It bans all non-essential travel and requires other social distancing measures. A similar statewide order began the same day.

A statement on the Greensboro Police Department‘s Facebook page March 27 said law enforcement officers will not stop individuals “solely for the purpose of enforcing the stay at home order.”

According to a Love Life statement released March 28, “abortion centers remain open for business as usual. There were over 20 women and children packed into that very small building in Greensboro which has to have a very small waiting room.”

The statement said A Woman’s Choice of Greensboro was permitting women and children to be in close proximity to one another. “If they are truly concerned about these women not getting COVID-19, why have they not shut down the abortion centers?” the statement said.

A note on Love Life’s website encouraged pro-life advocates to prayer walk individually in light of medical guidelines related to the COVID-19 outbreak.

“While we stand strong for the defense of the defenseless, we honor the men and women who serve us in law enforcement,” the statement said. “We were respectful to the police and appreciate them as public servants and as people.”

ADF is a non-profit legal organization focused on religious freedom.

“This wasn’t about public health and safety; it was about the government silencing people because it doesn’t like what they have to say,” said senior counsel Denise Harle in a media release on ADF’s website. “We support authorities’ efforts to prioritize the public’s health and safety, but if other groups are free to assemble, people of faith should be, too. And if abortion clinics can stay open during the pandemic, Christians should be allowed to pray outside – particularly those abiding by health and safety guidelines, as our clients were.” 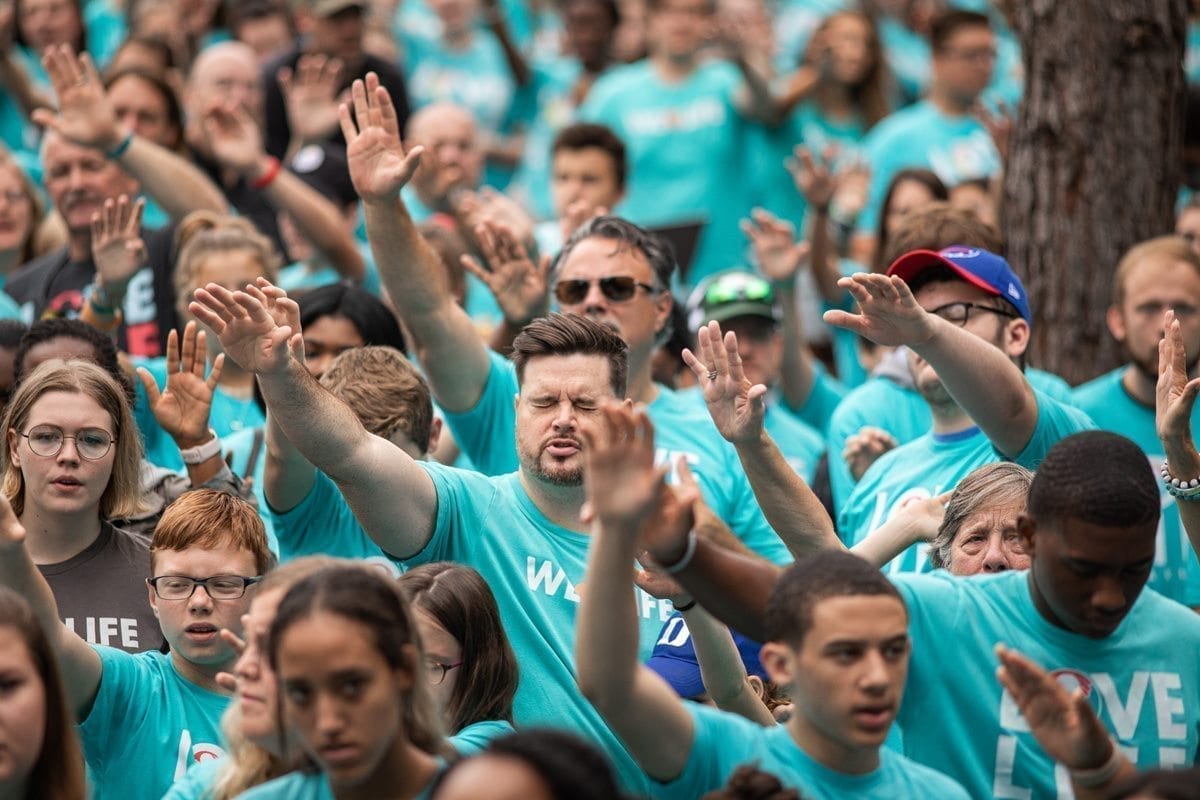