Sam James served as a missionary with the International Mission Board (IMB) for more than 50 years, serving in Southeast Asia, East Asia, Europe, the Middle East and North Africa.

James and his wife, Rachel, and their children served in Vietnam from the early 1960s until the fall of Saigon in 1975. Prior to being commissioned as a missionary, James planted Homestead Heights Baptist Church in Durham, which later became The Summit Church.

James will deliver the convention sermon at this year’s Baptist State Convention of North Carolina annual meeting, which will be held Tuesday, Nov. 10, at First Baptist Church of Charlotte.

James recently took some time to answer some questions about his life and ministry in advance of this year’s annual meeting. Following is a lightly edited transcript of that conversation.

Q: First, how have you and your family fared during this extended period of time dealing with COVID-19?

A: We’ve pretty much been here at home. I have not done any speaking at all since early March, so I’ve really missed preaching. I have been working on recording audio versions of my two books, and I hope to complete those during this time of staying at home. I figured I may as well do something since I can’t get out and be in the churches and preach.

Q: Lots of pastors have experienced feelings of despair during this season. Did you ever experience similar feelings during your many years of missionary service in Vietnam, particularly during the war?

A: I experienced a lot of disappointment and questioning. I never did experience any depression, but during the days in Vietnam, there were many times when I didn’t know what was going to happen tomorrow. Due to the war, I felt despair over whether or not I would be able to accomplish all that I wanted to accomplish and all that God wanted me to accomplish in Vietnam.

Q: How did God sustain you during those times?

A: I spent a lot of time in the Word and in prayer. Whenever I read the Bible, I received some kind of encouragement or strength for whatever I needed for tomorrow. I also tried to be with other believers and visit with them and encourage them. As I encouraged them, they encouraged me. There was strength in the Christian community that God was building in Vietnam. We can’t substitute anything for Christian community, whether it was in Vietnam or in the midst of the current crisis.

Q: How can we prioritize Christian community during this pandemic?

A: Even though there hasn’t been a lot of human contact, we have found other ways. I’ve talked on the phone a lot with folks. Also, I thank the Lord for the development of technology such as Facetime and Zoom that allows us to see people while we talk with them and have that kind of fellowship. Those are some of the ways we can stay connected.

Q: Cross-cultural missionaries often live with a good deal of uncertainty. Due to the COVID-19 pandemic, churches in the U.S. have experienced much uncertainty, as well. Drawing from your longtime service overseas, what advice do you have for church leaders about being adaptable in ministry?

A: I’m so proud of our pastors and church staffs during this time. I’ve experienced so many wonderful worship services that various churches are conducting online. Churches have been very creative in cultivating as much normalcy as they can through the internet. My own church here in Richmond has a tremendous worship service on Sunday mornings that makes you feel like you’re right there in that auditorium. I just want to commend these pastors and staffs for the way they have handled this pandemic here. I can’t say enough about that.

Q: Some people may not know that you are a North Carolina native and planted what is now The Summit Church in Raleigh-Durham. What does it mean for you to be able to share at this year’s annual meeting of the Baptist State Convention of North Carolina? 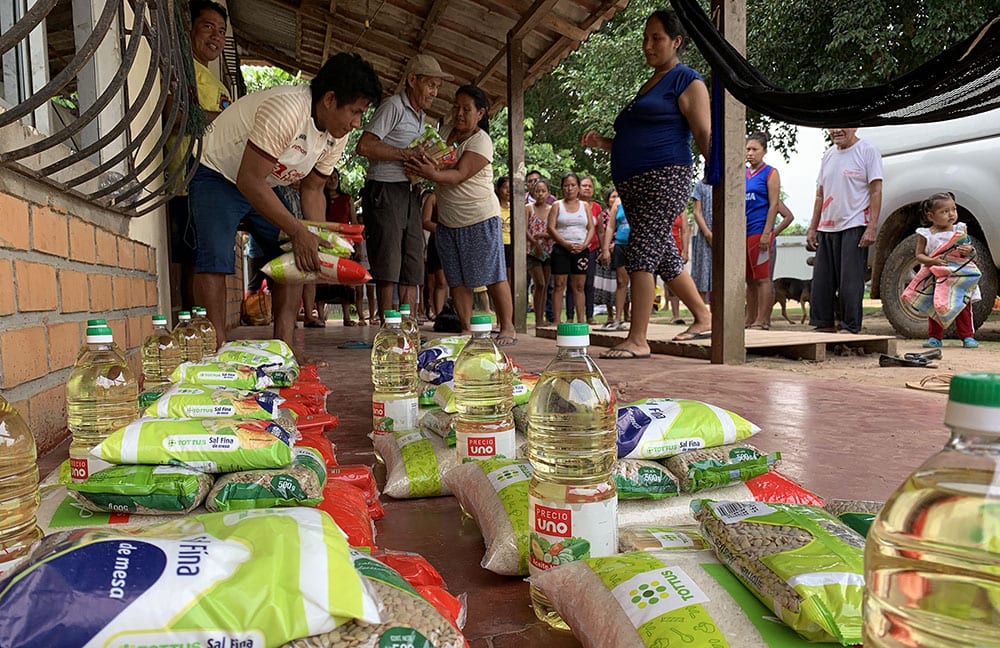