Despite the tragedy, turmoil and trauma, the spread of the good news did not decelerate during the pandemic. If anything, the gospel advanced even further.

In South Africa, many asylum seekers and refugees lost the ability to provide for their families because of COVID-19 lockdowns.

“In South Africa, among all the poor of the nation, nationals and displaced people, starvation became the second highest cause of death. It has also kept the refugees from being with the people who understand them best – other refugees and workers for refugees.”

Many refugees live on one meal a day under normal circumstances. Providing food for refugees was a tangible way Davis showed God’s love. Traditional food distribution was not possible because of lockdowns, so Davis had to look for creative ways to get food to refugees.

Davis wasn’t the only one who was looking for a way to provide food for refugees. Someone launched a booking website where people could buy food gift cards virtually. Southern Baptists put money into a bank account that Davis could draw from to purchase the vouchers.

The donations supported more than 40 refugee families for six months. Without these donations, many children would have been hospitalized for malnutrition.

“As the refugees began to or had run out of food, and their kids began crying, they would write to me,” Davis says. “We would remember God’s promises to His children, the Israelites, and that He never left or forsook them. Each time we waited for more money to arrive to help feed them, I reminded them of another Bible story of God’s faithfulness and love. From these times, they have grown stronger in their faith.”

David and Julie Yngsdal also serve among refugee communities in South Africa. Through spending time in refugee communities, Julie met widows who were struggling to raise and feed their children. Three months before COVID-19 hit, she started a giving campaign through the International Mission Board to pay for the children’s food, school fees and uniforms. During lockdowns, Julie asked a government-approved social worker to escort her to take food to the widows.

In addition to funds from the giving campaign, the Yngsdals also included the widows and orphans when they distributed food parcels to refugees using money from Send Relief’s COVID-19 response fund.

“This physical help spoke volumes to them. It touched them that someone would care that much,” Julie says. “As lockdown eased and our last food parcel distribution came, I found that they [the widows] were the ones (who) asked me for a Bible to read.”

“The ministry … during the lockdown of COVID-19, I believe, really showed them that Jesus’ love is something radically different from what they find in their religion,” Julie says.

Julie says the pandemic brought physical hunger, but it also brought a hunger and thirst for knowing Christ.

In September, the Yngsdals completed their third food parcel distribution to 128 refugee families. They continue to provide grocery store vouchers. Through the distribution, they met refugees who expressed interest in studying the Bible.

As the ability to meet in-person increased, the Yngsdals started a new discipleship group, and more than 20 people from varying backgrounds and ethnicities attended.

“This group is just exciting because it is very unusual for refugees to group together from mixed nations to study the Bible,” Julie says. “We have always envisioned a church plant here that looks more like heaven, where all nations are gathered together worshiping God.”

As a result of the discipleship classes, two people have asked to be baptized.

Refugees in Greece made traumatic journeys by land and sea, and their future is uncertain. Greece is a transition point to permanent resettlement locations, and many refugees must wait a long time before permission is granted to move. COVID-19 ushered in another level of uncertainty, compounding the acute trauma many refugees already feel.

Bill and Darlene King* minister to Persian refugees in Greece.

“I see the same level of helplessness as years previous,” Bill said in an Instagram post. “The coronavirus, tension between locals, NGOs and asylum seekers is one more layer of suffering for the people, and nothing seems to be improving. At the start of COVID-19, I felt like it was important to help with food, better sanitation, cleaning materials.”

“The more I watch this nightmare of regulations and changing rules evolve, I feel the uncertainty the refugees must feel about their life plan,” Bill continued.

Many refugees lost their jobs, and a steady income isn’t possible for them.

Darlene says feeding centers closed. Undocumented refugees could not leave their homes because police were monitoring any activity outside of homes. Isolation and lack of resources led to increased levels of depression. Still, COVID-19 has had some positive outcomes.

“Some people who have been denied asylum have had their current paperwork extended indefinitely until the world is fully functioning again,” Darlene says.

The Kings and church partners began a food distribution project, which enabled them to provide for the physical needs of refugees, but also kept them connected to Christians and people interested in the gospel.

Darlene says this season has been a time of growth for many Christians who had to step outside their usual routines and find creative ways to meet with people.

Derrick and Barbara Pennon* also serve in Greece. The Pennons and the Kings minister with five national partners to reach refugees who pass through on their way to northern Europe.

“[COVID-19] has been a positive in that it forced our national partners to think about using media,” Derrick says.

Because of lockdowns, their team increased their use of technology and changed the way they were using social media. Their national partners, who are Pakistani, Congolese, Greek and Kurdish, have been using an online video conferencing tool across international borders.

“You’ve got families in Iraq (who) have come to faith because of COVID because our national partners started holding video conferences,” Derrick says.

During the lockdown, their groups in Greece, who usually met in larger groups of 80 or 90 people, had to meet in groups of 10. This too, was positive because it forced church multiplication, which led new leaders to take responsibility for the new groups.

Emerging from the haze of a global pandemic are refugees in Greece and South Africa who are surviving, overcoming and seeking Jesus and His Kingdom.

Athens Church Planting and Refugee Aid  provides for the urgent needs of refugees arriving in Greece. Give to Send Relief’s ongoing refugee ministries.

(EDITOR’S NOTE – Caroline Anderson is a writer for the International Mission Board.) 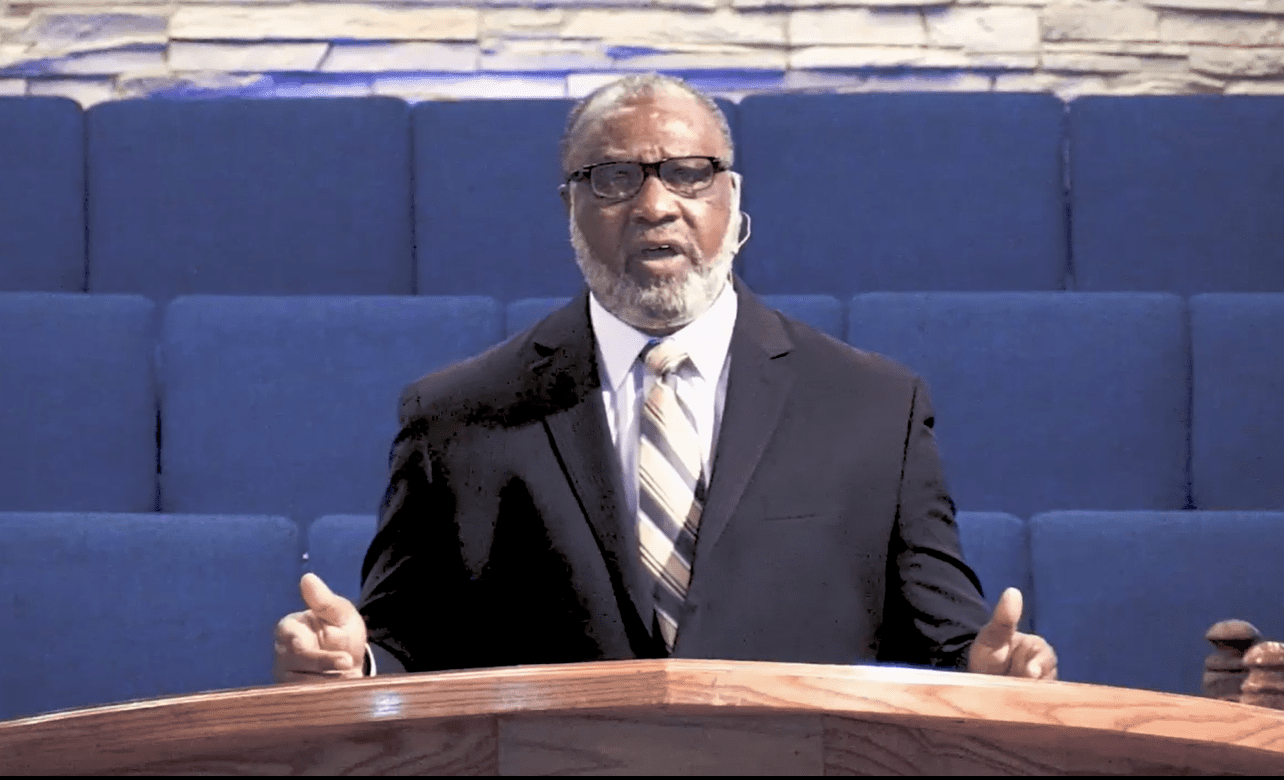 Some churches return to online-only worship as COVID-19 surges in U.S. 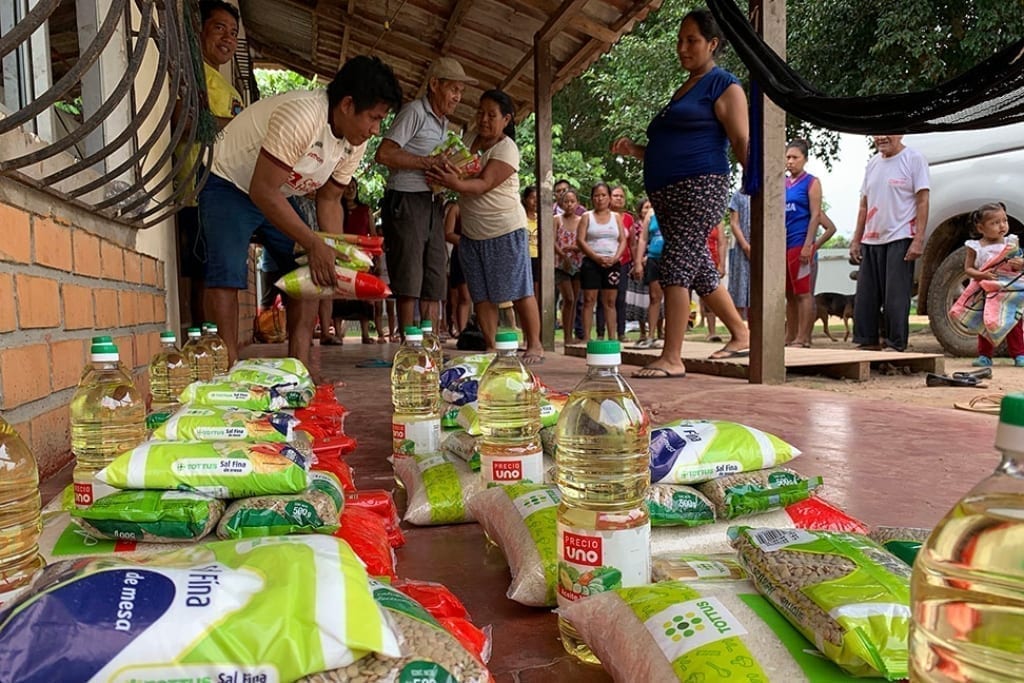