A week before Hurricane Ida hit southeastern Louisiana, William Bekemeier had just endured a heart attack. After he rode out the storm and felt the shock of a tree landing on his family’s house, he didn’t have the strength or stamina to clear the tree from his yard. He also didn’t have the funds to pay for the work to be done.

Southern Baptist Disaster Relief (SBDR) volunteers from Arkansas arrived and were able to remove the tree from his house and clear his yard.

“I wasn’t able to get out and do the clean-up myself,” Bekemeier said. “Thankfully, they showed up and started doing the clean-up for me, which was definitely a Godsend. I didn’t have the money or the energy to do it. They’ve been a big help.”

In the week since Hurricane Ida made landfall on Aug. 30, hundreds of SBDR volunteers have spread across 12 sites in Louisiana, preparing meals, chain sawing trees, removing debris and securing temporary roofing.

Volunteers with SBDR have already provided more than 26,000 work hours and prepared more than 175,000 meals as of Sept. 7.

“This means so much to us for people to come out and help everybody because we still have a lot of people without water and lights and food,” said Gracie Colona, a resident of Loranger, La. “It has touched us from the bottom of our heart for these people to come here and help us in Louisiana, and I want to thank you.”

Colona and her friend, Pam Hamilton, drove from Loranger to check up on Hamilton’s cousin in Independence, La.

“We came in to try and help and to drive up and him tell us yesterday, ‘They already cleaned up my trees,’” Hamilton said. “We were like, ‘Praise you, Jesus.’ There are so many other things, so many things [to do]. We were all so grateful that you guys are showing up and doing this from another state. … It touched him so much that you gave him a Bible.”

Jimmy Blackford, a volunteer from First Baptist Church Marion, Ark., traveled to Louisiana with Arkansas Baptists as a part of a chain saw team that removes downed trees that have fallen into hurricane survivors’ yards or on their houses.

The services these SBDR teams provide, which can save residents thousands of dollars, is provided for free by the volunteers.

“We’re here showing the love of Christ. That’s what we’re here for. These people, some of them don’t even know what to do,” Blackford said. “It gets kind of rough. They need to have somebody come by and help them, and we’re here to do that. We also share the gospel where we can.”

With SBDR volunteers arriving from North Carolina, Georgia, Texas, Mississippi, Kentucky, Oklahoma, Arkansas and Louisiana, it has taken a cooperative effort from Southern Baptists to get sites up and running at the same time.

“Hurricane Ida is one of these storms that’s overwhelming – the magnitude and the extent of destruction and damage and the number of people hurting, the number of churches and homes that have been damaged,” said Stan Statham, director of SBDR for Louisiana Baptists.

An SBDR team with Texas Baptist Men cooked meals at Ascension Baptist Church in Gonzales, La., and they helped the church deliver those meals to a nearby neighborhood in need. The church had been struggling to make inroads into that community and were able to use the meals to make connections with the residents.

“Each one of the state conventions’ disaster relief teams adopted a region of southeast Louisiana to do ministry,” Statham said. “Our director of missions and associations across our state have been a big support. Send Relief, the North American Mission Board, provided more than 100,000 meals to help kitchens start providing food.”

Baptists on Mission (BOM) disaster relief volunteers are serving meals in New Orleans. Recovery teams, chaplains and medical volunteers are also on site. BOM is providing a laundry unit for residents to use, as well as administrative, logistical and safety support.

Also included on the trailer was a donation of generators and box fans from The Home Depot for Children’s Hospital New Orleans that the home improvement retailer asked Send Relief to deliver to support the hospital.

A Kentucky SBDR team arrived in Houma, La., over the Labor Day weekend and began surveying the storm damage. Just 60 miles inland from where the hurricane made landfall near Port Fourchon, La., Houma experienced severe damage.

“This is certainly one of those storms where it takes everybody working together,” Statham said. “To know, from Louisiana’s standpoint, that we have so many people who are willing to commit resources and people, it’s a humbling thing to know and something that we praise God for.” 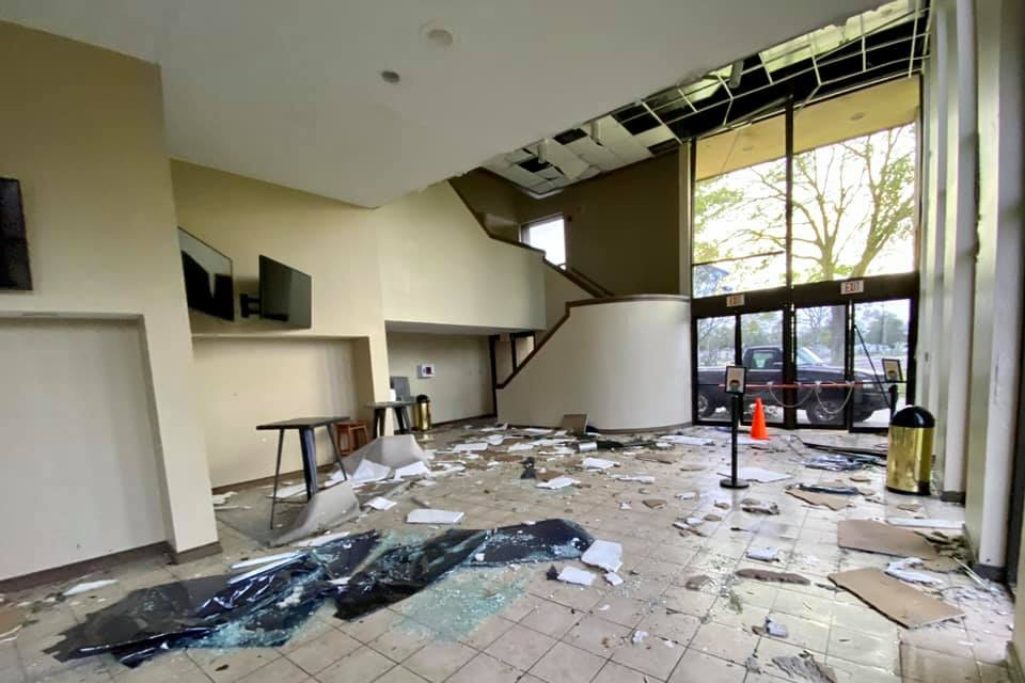