In one of its final acts before the swearing in of a new president, the Trump White House issued a proclamation Jan. 18 declaring Jan. 22 as National Sanctity of Human Life Day.

On Jan. 22, 1973, the U.S. Supreme Court ruled that the U.S. Constitution protects a pregnant woman’s right to choose abortion to end a pregnancy. Since the ruling, more than 61 million abortions have been performed in the U.S., according to a new analysis by National Right to Life.

Every human life is a gift to the world. Whether born or unborn, young or old, healthy or sick, every person is made in the holy image of God. The Almighty Creator gives unique talents, beautiful dreams, and a great purpose to every person. On National Sanctity of Human Life Day, we celebrate the wonder of human existence and renew our resolve to build a culture of life where every person of every age is protected, valued, and cherished.

This month, we mark nearly 50 years since the United States Supreme Court’s Roe v. Wade decision. This constitutionally flawed ruling overturned State laws that banned abortion, and has resulted in the loss of more than 50 million innocent lives. But strong mothers, courageous students and incredible community members and people of faith are leading a powerful movement to awaken America’s conscience and restore the belief that every life is worthy of respect, protection, and care. Because of the devotion of countless pro-life pioneers, the call for every person to recognize the sanctity of life is resounding more loudly in America than ever before. Over the last decade, the rate of abortions has steadily decreased, and today, more than three out of every four Americans support restrictions on abortion.

In the statement, former President Donald Trump called on Congress for help “in protecting and defending the dignity of every human life, including those not yet born,” including support for women in unexpected pregnancies and support for adoption and foster care, “so every child can have a loving home.”

He closed the proclamation by calling on Americans to “listen to the sound of silence caused by a generation lost to us, and then to raise their voices for all affected by abortion, both seen and unseen.”

The declaration of a National Sanctity of Human Life Day has been a tradition of Republican presidents, though the date has varied from Jan. 22 to the Sunday closest to the Roe v. Wade anniversary.

Ronald Reagan issued the first presidential proclamation on Jan. 13, 1984, designating Jan. 22, 1984, as a day of commemoration. Reagan continued to mark the day during his presidency, as did his successor, George H.W. Bush. Bill Clinton discontinued the practice, but George W. Bush resumed the proclamation. Trump resumed the practice following Barack Obama’s eight years in office.

Several religious denominations observe a Sanctity of Human Life Sunday near the anniversary of Roe v. Wade, including the Southern Baptist Convention, which observed the date on Jan. 17, 2021.

The annual March for Life has also been held in Washington on or near Jan. 22 since 1974, one year after the 1973 Roe v. Wade decision legalized abortion in the U.S.

Citing safety concerns related to the COVID-19 pandemic and pressures facing law enforcement officers in and around the U.S. Capitol, organizers of the 2021 March for Life have moved the Jan. 29 event to a virtual format. 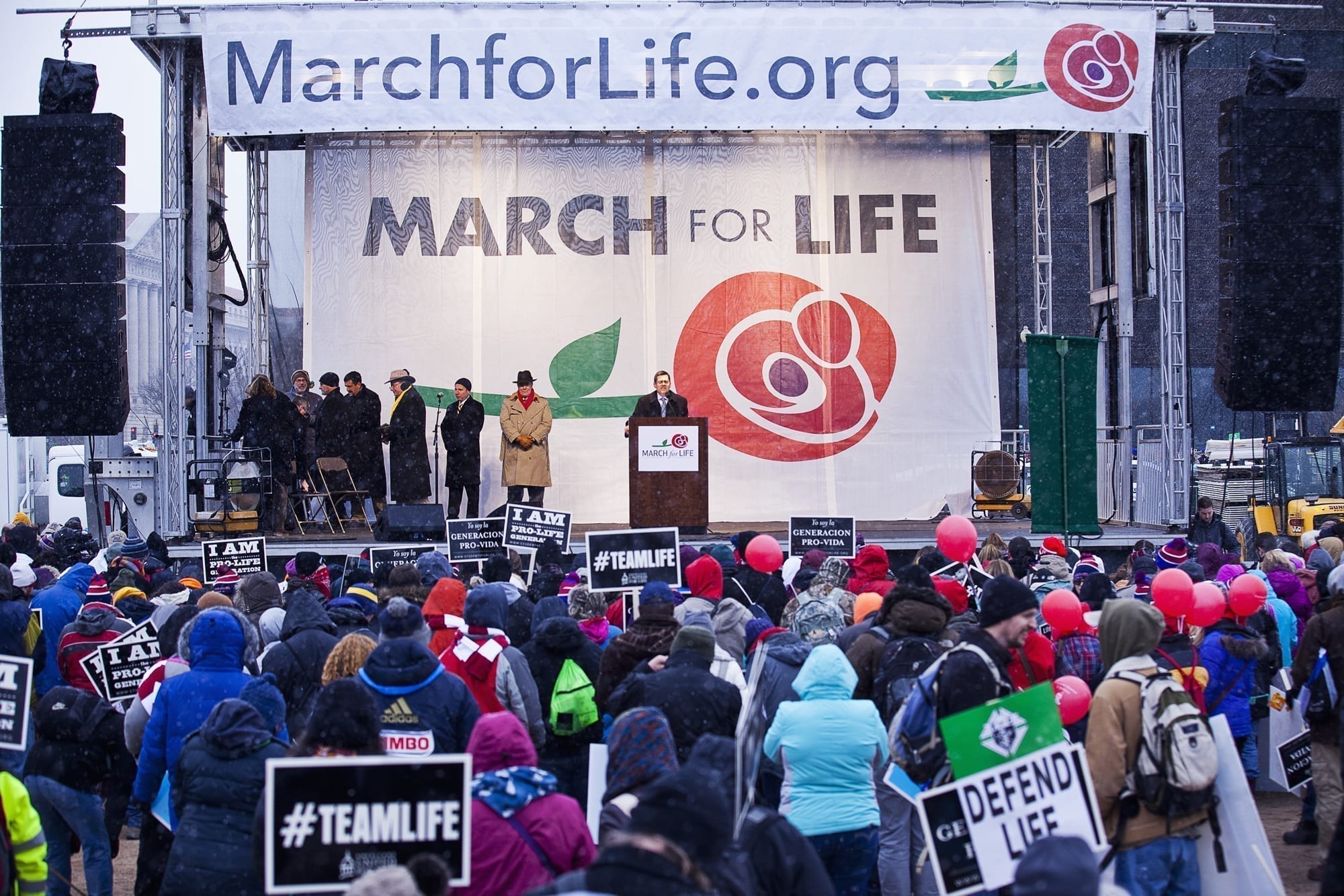