Rolland Slade, pastor of Meridian Baptist Church in El Cajon, Calif., was unopposed as EC chair and was unanimously elected by ballot vote. Outgoing chair Mike Stone called for a ballot vote, he said, to mark the historic moment.

“I think we all realize by what is going on in this country as well as in our convention, this timing is in many ways the providence of our Lord,” said Stone, pastor of Emmanuel Baptist Church in Blackshear, Ga.

The meeting was conducted online via Zoom and livestreamed at SBCEC.net.

Many, including Slade, attributed his election to God.

“I don’t think there was ever a plan for me to be in this position,” Slade told Baptist Press. “I think it’s what God has done. … I believe God loves diversity; He created us and we are all diverse. I think for us to not embrace it is saying that, ‘We’ve got a better idea than You [God].'”

Slade served the last two years as EC vice chair. He was nominated by EC member Jared Wellman, pastor of Tate Springs Baptist Church in Arlington, Texas. After the vote, Slade thanked EC members, his family and his church for their support.

Just prior to Slade’s election, EC members approved a bylaw amendment that untethered the group’s officer elections from the SBC annual meeting. The move came in response to this year’s SBC annual meeting cancellation due to concerns about a COVID-19 pandemic.

EC member Dwight Easler, pastor of Corinth Baptist Church in Gaffney, S.C., made a motion to scrap the proposed amendment in order to leave current officers in place until the 2021 SBC annual meeting.

Jim Averett from Birmingham, Ala., spoke in favor of Easler’s motion, highlighting that his “greatest concern” was that only one current officer, chairman Stone, would be exiting a leadership position if elections took place based on the expected nominations at the time.

“That appears to me to be an injustice,” Averett said, “and flies in the face of excellent, demonstrated performance over the last two years.”

The EC passed another bylaw change that enacted immediately a committee restructuring plan that was approved at its last meeting in February. Previous bylaw language tied the effective date of the retooled organization chart to the conclusion of the now-cancelled SBC annual meeting.

The pair of bylaw changes left outgoing chairman Stone with the responsibility to nominate individuals to fill the newly created committee chairs. Nominations from other EC members were permitted as well. Chairman-elect Slade recommended individuals for three of the four committee leadership positions.

“His election shows the positive transformation that is occurring in the Convention,” said Ausberry, president of the National African American Fellowship of the SBC and pastor of Antioch Baptist Church in Fairfax Station, Va. “When you think of the founding of the SBC in 1845, largely over the issue concerning the ownership of enslaved persons by missionaries, to the election of Rolland Slade in the 175th year, this is a seminal moment for the Convention and all Southern Baptists.”

In other business, the EC voted to recommend SBC annual meeting sites for 2025 and 2027 in Dallas and Salt Lake City, respectively; voted to allow the EC to participate in the Paycheck Protection Program if deemed necessary; and received Cooperative Program allocation and EC operating budget reports.

The EC granted permission for the entity to apply, if deemed necessary, for a Paycheck Protection Program loan of up to $750,000 through the U.S. Small Business Administration under the Coronavirus Aid, Relief and Economic Security Act.

Bill Townes, SBC EC chief financial officer, noted that a loan could be used to potentially offset an anticipated decrease in Cooperative Program giving during the economic downturn related to the COVID-19 pandemic.

EC members also voted to recommend to messengers that the 2027 SBC Annual Meeting be held June 8-9 in Salt Lake City. Both recommendations are contingent upon satisfactory contract negotiations.

At the close of the meeting, the Credentials Committee notified the EC of the election of a new chairman, Mike Lawson, pastor of First Baptist Church of Sherman, Texas, and an EC member. Stacy Bramlett, the outgoing chairman who is also a member of the EC, remains a Credentials Committee member.

Messengers to the 2019 SBC Annual Meeting established the committee to receive reports of a church’s suspected departure from Southern Baptist polity, doctrine or practice and to make recommendations to the SBC Executive Committee regarding the possible disfellowship of churches from the SBC.

The EC received a second quarter 2019-20 EC and SBC operating budget report, showing a negative total change in net assets of $1,882,883. The loss was due to a drop in stock markets, according to Townes. During the first six months of the fiscal year through March, revenue was under budget by $395,098, and expenses were under budget by $441,131.

Floyd told the group that in its next meeting, the EC would act on behalf of the SBC to adopt a Cooperative Program budget that would “impact every level of SBC life.”

“We are now being faced with economic challenges that may lead us to make decisions we would have never imagined in February related to our Cooperative Program allocation budget for the year 2020-2021,” said Floyd.

The next EC meeting is scheduled for September 21-22 in Nashville. 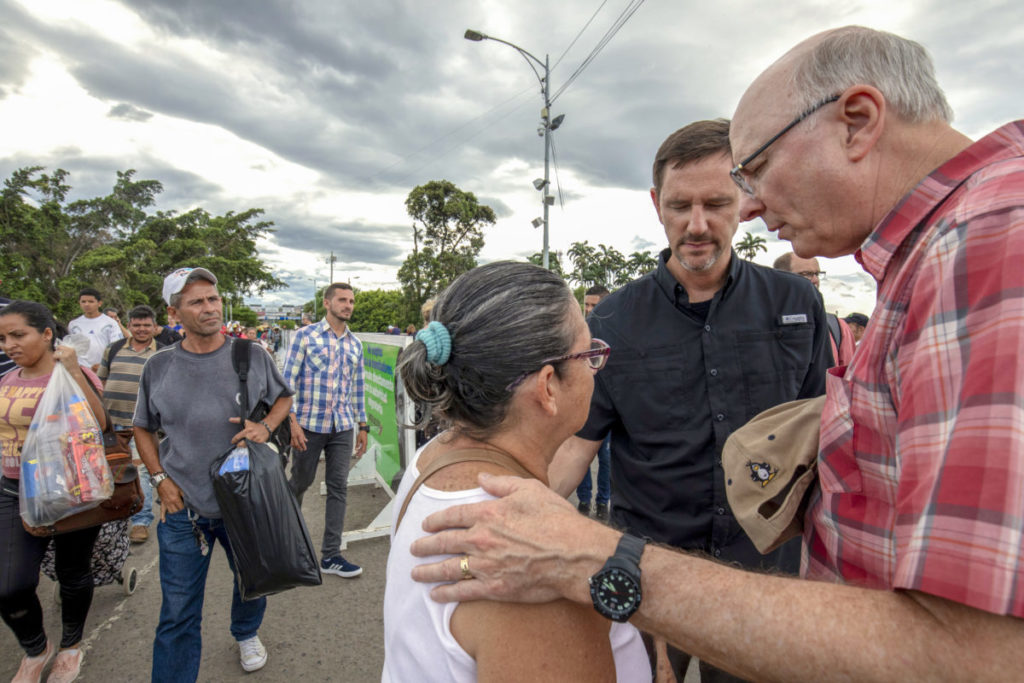 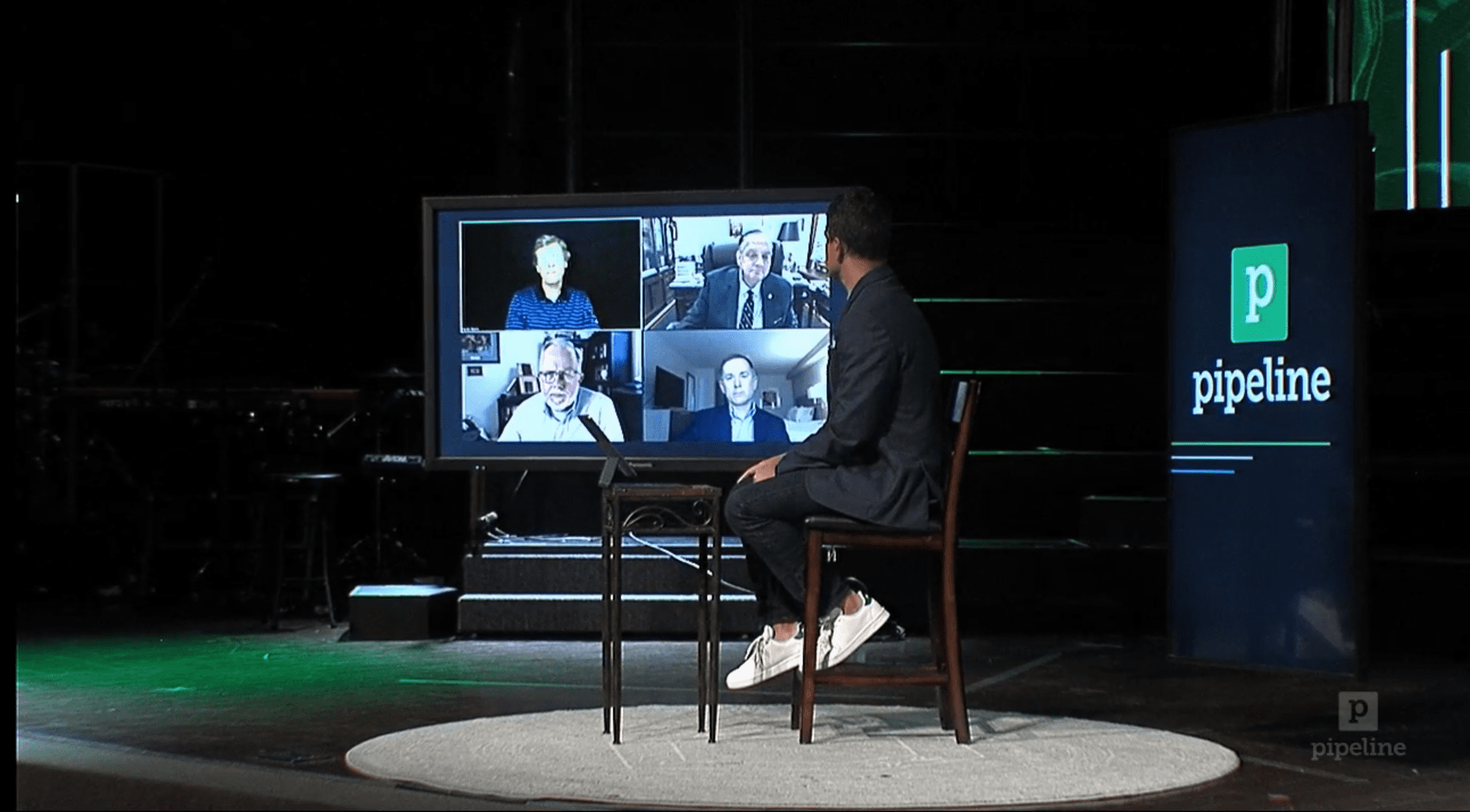