The move came just days before Southern Baptists gather in Nashville for the 2021 SBC annual meeting, and amid controversy over allegations made by former Ethics & Religious Liberty Commission (ERLC) President Russell Moore that various Southern Baptist leaders “stonewall[ed]” calls to address sexual abuse in the SBC.

According to a news release, Floyd worked with EC Chairman Rolland Slade, who had earlier called for an independent investigation, on “details of this outside review and selection of a firm.”

“Guidepost is one of the most reputable companies in the nation for uncovering facts and providing guidance for the future,” Floyd said in a statement to Baptist Press (BP). “Our staff commits to transparency and cooperation. Caring for abuse survivors and protecting the vulnerable in our churches must remain a priority for Southern Baptists, and we want to communicate that clearly before a watching world.”

Slade, who has been vocal about the church’s responsibility to address sexual abuse, said the issue is a “personal” priority of his tenure as Executive Committee chairman.

“The church should be the safest place for survivors of sexual abuse,” Slade told BP. “They deserve to be treated with the utmost respect. For me, it’s personal because my wife is a survivor. It’s important that we do everything we can and then some.”

Slade said he has heard questions about whether the EC could be trusted to investigate itself.

“I know there are folks who will not agree with the actions we’re taking,” he said. “I want to ask them to be patient with us and join us in getting this right.”

Guidepost Solutions has been engaged for independent reviews recently by organizations including The Summit Church of Raleigh, N.C. – where SBC President J.D. Greear is senior pastor – and the ministry formerly known as Ravi Zacharias International Ministries. The news release from the EC touted Guidepost’s “deep experience providing advice and counsel to faith communities” in “monitoring, compliance, sensitive investigations and risk management solutions.

Slade cited Guidepost’s “varied expertise” and reputation for work in the faith community. He said the firm could “not only help us with and in this situation, but I’m hopeful we can have an ongoing relationship and they can help us develop expertise from top to bottom to better than we’ve done in the past, which is really just being faithful to the charge Southern Baptists have given us.”

Moore’s allegations came in two letters leaked recently to news media. In a letter addressed to Greear and dated May 31 – the final day of Moore’s 8-year tenure at the ERLC – Moore wrote of two meetings in 2019 among Southern Baptist leaders, describing opposition to efforts to address sexual abuse in the SBC. Floyd participated in both meetings; then-EC Chairman Mike Stone participated in one.

Stone is among four candidates for SBC president at the 2021 annual meeting. In a video posted June 5 to the YouTube account of his church, Emmanuel Baptist of Blackshear, Ga., Stone called Moore’s allegations “ungodly” and “absolutely slanderous.”

In a statement June 5, Floyd said while he took the allegations in the letter seriously, he did “not have the same recollection of occurrences as stated.”

On June 9, Slade, pastor of Meridian Baptist Church in El Cajon, Calif., told Religion News Service he would call for such a review at the EC’s meeting June 14 in Nashville, saying: “It’s never the wrong time to do the right thing.”

The controversy grew June 10, when Phillip Bethancourt, a Texas pastor who was at the time the ERLC’s executive vice president, released audio clips from the 2019 meetings which appeared to buttress the charges made in Moore’s letters. In a statement released later Thursday, Floyd joined Slade in calling for the independent, third-party review. He said the EC staff leadership had been working since last weekend toward “securing a highly credible outside firm” to conduct a review.

Floyd described the meetings, which were held in May 2019 and October 2019, as “leaders engaging in a scriptural process of coming together with others who have differing opinions on complicated issues and … discussing those differences honestly with a goal of how to best move forward.” He also apologized “for any offense that may have resulted” from remarks he’d made in the meetings, while saying Bethancourt’s release of the audio recordings was “an attempt to mischaracterize” the meetings “as an effort to avoid addressing the reality of sex abuse.”

Guidepost Solutions was engaged earlier this year by The Summit Church to review handling by staff member Bryan Loritts of sexual misconduct allegations against his then-brother-in-law at a Memphis church Loritts pastored.

According to the EC’s news release, Guidepost “will assist the SBC Executive Committee in its commitment to Christlike behavior and develop policies and systems to better equip the Executive Committee staff and Board of Trustees to serve the best interests of Southern Baptists with integrity and excellence.”

Slade told BP, “We should have done this two years ago, before Dr. Floyd came [as Executive Committee president and CEO]. We should have just gone through and cleared the deck, cleaned everything up that needed to be cleaned up, so that when he came in, we were moving forward fresh and squared up, rather than finding out these things were happening behind the scenes before he came.” 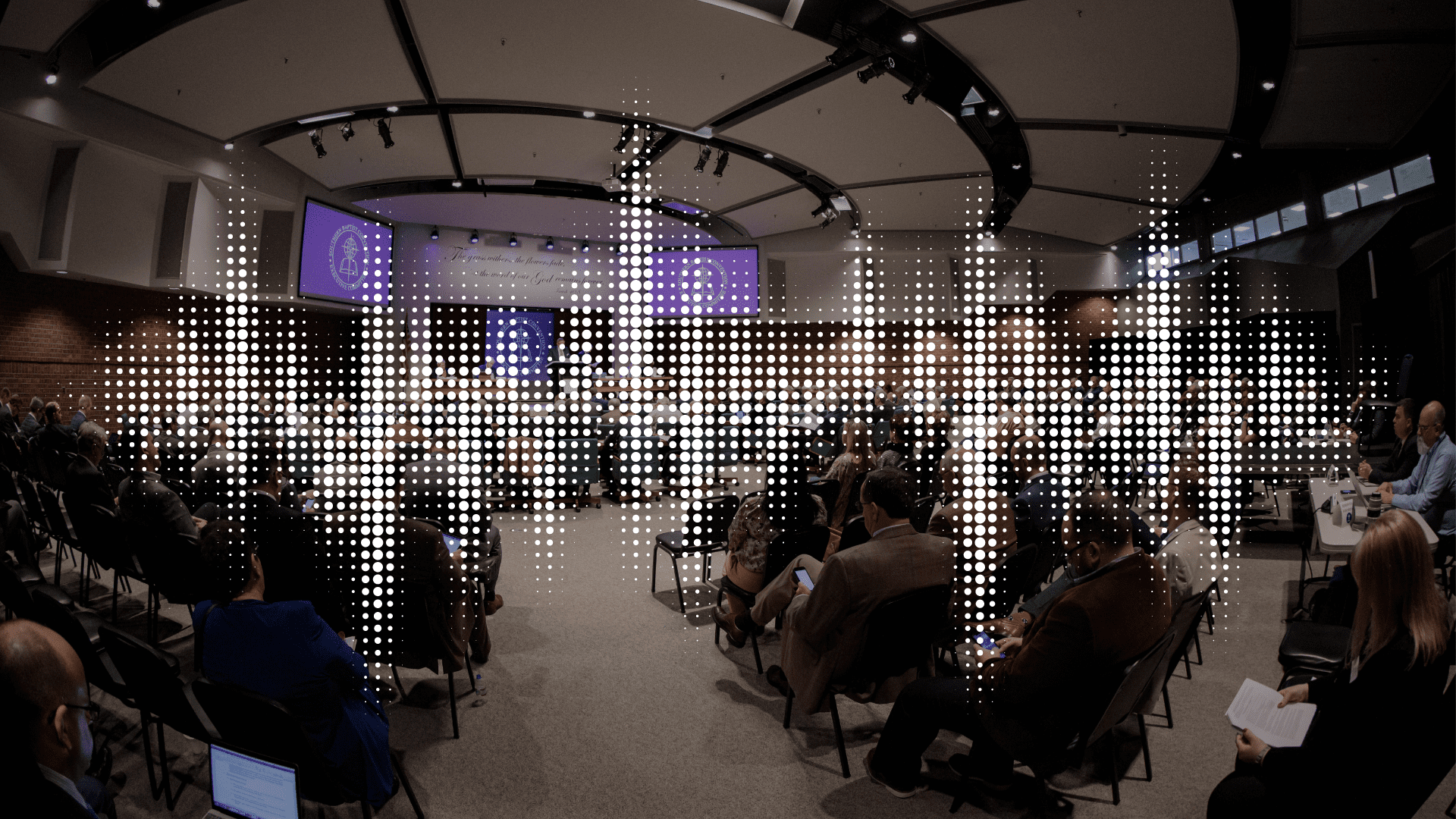 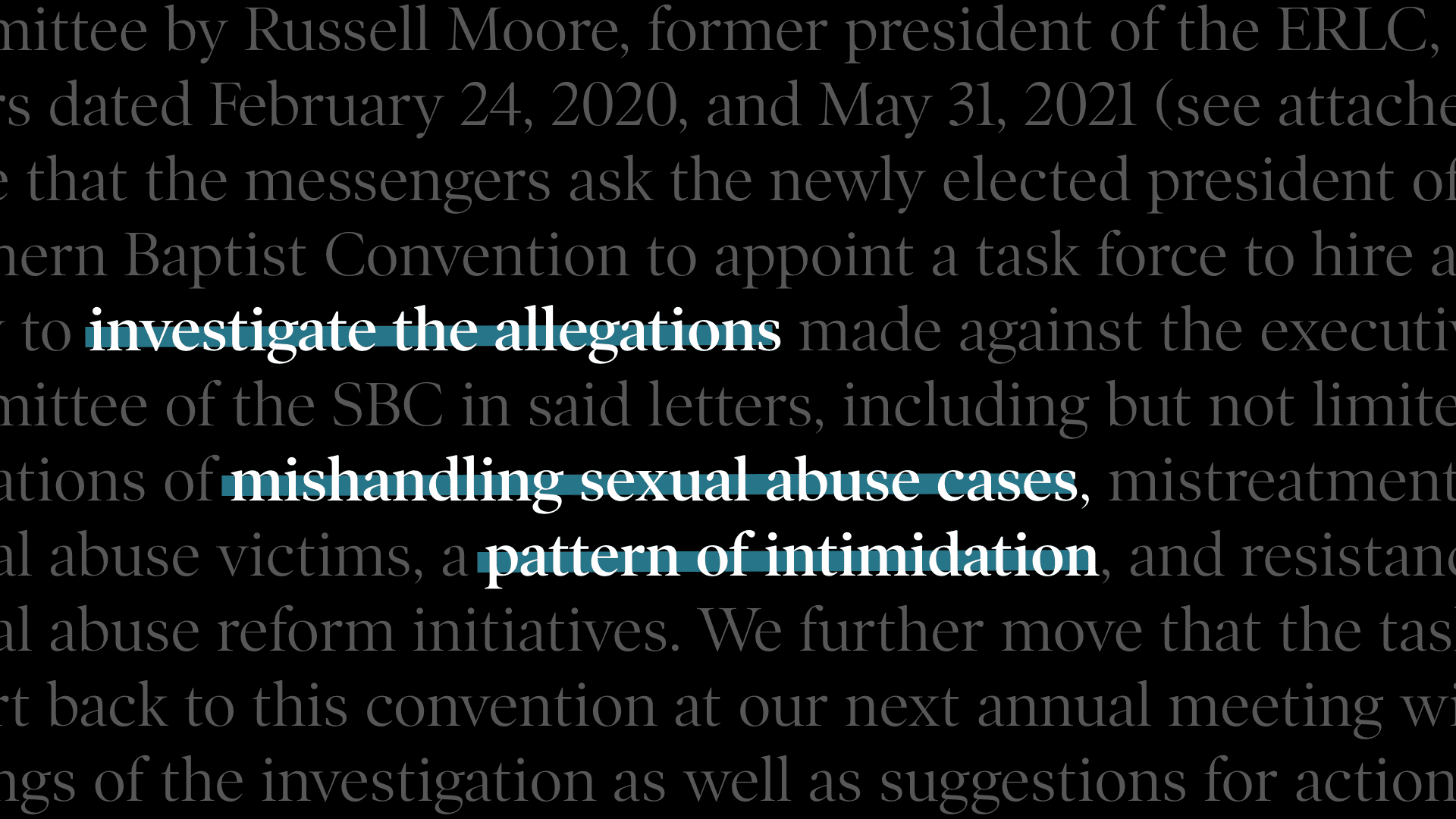