Braswell and his wife, Joan, served as the first Southern Baptist missionaries to Iran from 1968-74.

“We are so thankful that in God’s kindness, he brought you to Southeastern Seminary and you are a part of this family,” said [Danny] Akin.

At a reception following chapel, Braswell cut the ceremonial ribbon to the newly dedicated library, where guests could view his collection of books and Iranian memorabilia. During the reception, Akin noted how Braswell played a significant role in establishing the Great Commission fabric of Southeastern Seminary over the years.

The library, which is located in the Sam James Conference Room in the Lewis A. Drummond Center for Great Commission Studies, displays books and memorabilia highlighting Braswell’s service in Iran and deep study of Muslim peoples. The library is open to all students and is an extension of the main library, where students can check out books from the Sam James Conference Room.

Thursday’s chapel service featured a video with Braswell about his call to the mission field and lessons he learned while on the field. Braswell, who began his first pastorate in 1962 at Cullowhee Baptist Church in Cullowhee, N.C., had a passion to see the 25 younger congregants in his church go to the nations. He didn’t realize, however, that the Lord would end up calling him and his wife overseas.

“I thought, ‘I’m going to get one of them to be a foreign missionary,’” said Braswell during the interview. “I preached more foreign missions sermons from the pulpit…Lo and behold, the Braswells were called to missions.”

Over the years, Braswell and his wife, Joan, have worked faithfully to reach the lost, and have trained others to do the same, serving and teaching throughout North Africa, the Middle East and Central Asia. Braswell has committed much of his life to researching the Muslim context, writing both his masters and doctoral theses on the subject. He has published 13 books and numerous articles on outreach to Muslims, including What You Need to Know About Islam and Muslims, From Iran to America: Encounters with Many Faiths, and Understanding World Religions (published in English and Korean).

Braswell has won numerous awards from Southeastern, including the Faculty Excellence in Teaching Award in 1987 and a Distinguished Professorship by the Board of Trustees in 1998. Along with more than three decades of teaching at Southeastern, Dr. Braswell has served as senior professor of world religions at Campbell Divinity School in North Carolina since 2005. He also formerly served as an associate director at the Armaghan Institute in Iran, professor of history at Damavand College in Iran and professor of English and comparative religions at the University of Tehran. He has held positions as president of the Beckett Center for Christian Understanding of Islam in Virginia and was also the founding director of the World Religions and Global Cultures Center at Campbell Divinity School.

Braswell has attained five degrees: a bachelor of arts from Wake Forest University, a master of divinity from Yale University Divinity School, a master of arts and a Ph.D. from the University of North Carolina and a doctor of ministry from SEBTS.

The full video interview with Braswell can be viewed below.

(EDITOR’S NOTE – Lauren Pratt is the news and information specialist for the office of marketing and communications at SEBTS.) 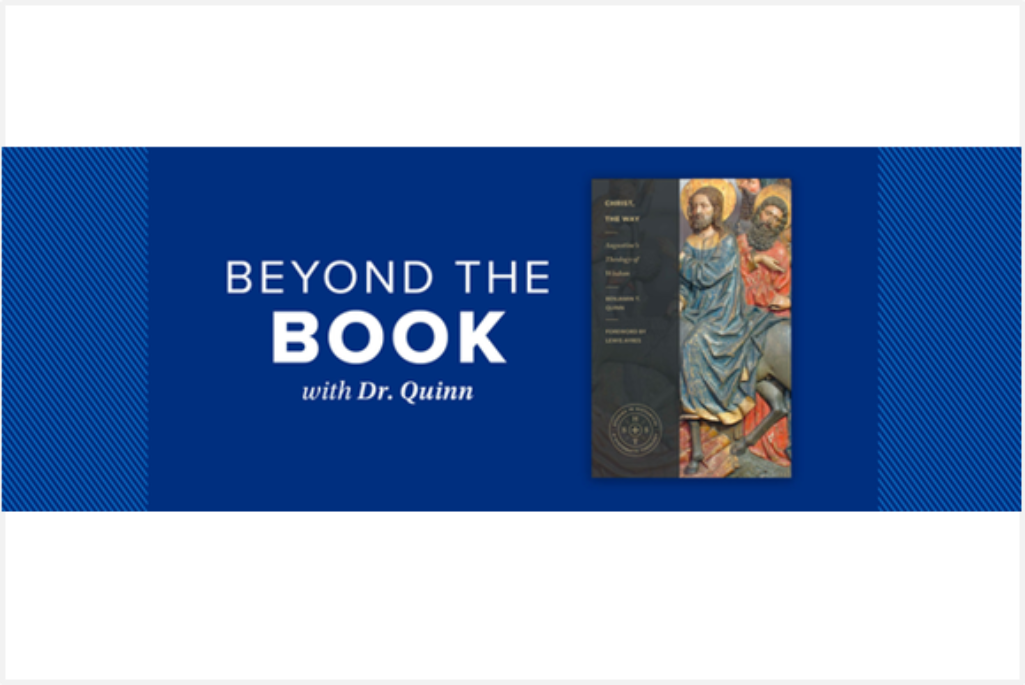 Beyond the book with Dr. Quinn: “Christ, the Way”