Some Bethany branches find home with Lifeline after same-sex decision

Multiple state branches of Bethany Christian Services have found a new home after the ministry announced its across-the-board policy change to place children for adoption and foster care with same-sex couples.

Bethany Christian Services (BCS) branches in Arkansas, South Carolina, South Dakota, Wyoming and the Florida panhandle have transitioned to Lifeline Children’s Services since March 1, when the nearly 80-year-old, evangelical Christian organization disclosed its policy reversal. Bethany’s Mississippi branch already had made the change to Lifeline at the start of 2019 after BCS maintained its contract with the city of Philadelphia, Pa., by changing its policy on same-sex placements.

In all cases, the transitions took place with Bethany’s blessing in a cooperative effort between the two ministries, spokesmen for both organizations said.

Bethany’s national office in Grand Rapids, Mich., had given its boards in 32 states the freedom to make same-sex placements after the 2018 policy change in Philadelphia, said a source familiar with the ministry. BCS also had been winding down its pregnancy counseling and adoption work for at least five years, the source said.

Still, the organization-wide policy reversal caught some Bethany state workers off guard. Some decided they would need to leave Bethany.

“I was shocked and heartbroken,” said Sheila White, who had served with Bethany for a decade. She now is Lifeline’s Gulf Coast director of engagement in Florida.

Tricia Williamson of South Carolina said, “On March 1, I knew quickly that I would be submitting my resignation to Bethany. At that point, I did not know what the next steps would be for me. I really was not sure where I would land.”

Williamson, who began working for Bethany in 1992, was its South Carolina director when the organization disclosed the policy change. On June 1, Williamson and Bethany’s South Carolina branch of three offices transitioned to Lifeline, where she now serves as director of state services.

In addition to South Carolina’s three Bethany offices, the transitioning branches consisted of two offices each in Arkansas, South Dakota and Wyoming, as well as the office in Pensacola, Fla. Mississippi’s Bethany branch included three offices when it made the transfer to Lifeline.

Bethany’s policy change and the opportunity for some branches to find a new home prompted Lifeline to reaffirm its statement of faith, including its endorsement of a biblical view of marriage as a covenant of a man and a woman.

“We are standing firm on biblical values,” said Herbie Newell, Lifeline’s president and executive director. “As an organization, we’ll shut down before we compromise.”

White decided to join Lifeline “because they stand firm on the Word of God and assured me that they would not succumb to the ways of the world,” she said.

The move of state branches to Lifeline has proven beneficial from both perspectives, the parties said.

Bethany’s South Carolina branch “really operated with a clear gospel focus,” Williamson said. “So it was just a great fit with Lifeline and their gospel-centered focus, which is very much who we have always been in South Carolina with Bethany.

“I’m just really, really grateful,” she said. “To me, it’s just really clear God’s hand was in this.”

Lifeline, Newell said, has “inherited so many great people who were already living and working in this mission and were passionate about this work and passionate about living out their convictions and their faith in their relationship with Christ in what they do. Honestly, that part of all of this has just been pure joy.”

Regarding Lifeline’s focus, Newell said the gospel of Jesus “is what transforms the lives of women that are walking through crisis pregnancy. The gospel is what changes the trajectory of the life of a vulnerable child. … And our goal is to see lives transformed not just in the immediate but to be transformed for an eternity because they’ve come face to face with the Savior. And that’s our mission unequivocally.”

The work of Lifeline includes pregnancy counseling, adoption and family restoration in the United States, with offices in 16 states. The 40-year-old ministry, which is based in Birmingham, Ala., offers international adoption in 18 countries.

Lifeline has partnered with Southern Baptist entities in its work. Newell has spoken at three different Evangelical for Life conferences cohosted by the Ethics & Religious Liberty Commission (ERLC) since 2016. Lifeline cosponsored the 2020 event with the ERLC.

The ministry’s work with the International Mission Board (IMB) has included helping missionary couples adopt while they are on the field, Newell said. Lifeline also has aided IMB in efforts to serve vulnerable children around the world. Its partnership with the North American Mission Board (NAMB) has included assisting church planters to engage in adoption and orphan care. Lifeline also has worked with Send Relief, the joint compassion ministry of IMB and NAMB, on serving children in foster care in Puerto Rico.

Lifeline and Bethany differ on the primary sources of their funding. Lifeline does not accept money from any level of government. Sixty percent of its financial support comes from donations, not fees for services, Newell said. Meanwhile, nearly 77% of Bethany’s $135.6 million in operating revenue during 2020 was from federal and state government funds, including contracts and grants. Government funding is reflected in the “child support” line item in Bethany’s annual report.

Bethany has shifted the focus of its work the last five years toward “foster care, global family strengthening (in-country foster care) and refugee services,” according to a written statement from a source familiar with the ministry. By then, Bethany had already been moving away from a concentration on pregnancy counseling, as well as domestic and international adoption. The organization’s international adoption accreditation expired in March of this year, and Bethany chose not to renew it in the wake of a dramatic decline in overseas adoptions by Americans during the last two decades.

The increasing use of chemical/medical abortion instead of surgical abortion has made it “more difficult to reach abortion-minded women,” said a source familiar with Bethany’s work. The organization has experienced a “steep decline in private domestic adoption” in the last five years, including a 40% drop during the last two years, the source said.

“[N]ot everyone within our large, diverse ministry agreed” with the shift in services, a Bethany spokesman said.

Bethany abided by an explicit statement beginning in 2007 that “God’s design for the family is a covenant and lifelong marriage of one man and one woman” before it reversed its policy on same-sex placement. Regarding the policy change, the organization “anticipated that some would disagree with our decision not to take an official position on several doctrinal issues about which Christians disagree, and we completely respect that,” the spokesman said.

With Bethany’s changes, its leaders and Lifeline’s leaders had conducted ongoing conversations regarding the possible transition of the work of some of the BCS state branches even before the Michigan-based organization’s decision to approve same-sex placements, said sources familiar with those talks.

Lifeline “is a great organization that we have long partnered with. So it was a natural fit for us to work together to transition some of our pregnancy counseling and private adoption services to them in several states,” said a Bethany spokesman, who emphasized BCS will continue to provide services such as foster care in most of those states.

While Lifeline and Bethany “have divergent opinions on the way forward,” what “is encouraging is the way that we’ve worked so well together in this transition,” Newell said. “[T]hrough our differences and through our differing philosophy moving forward, we’ve been able to put those aside to work together to make sure that things have been transitioned well.” 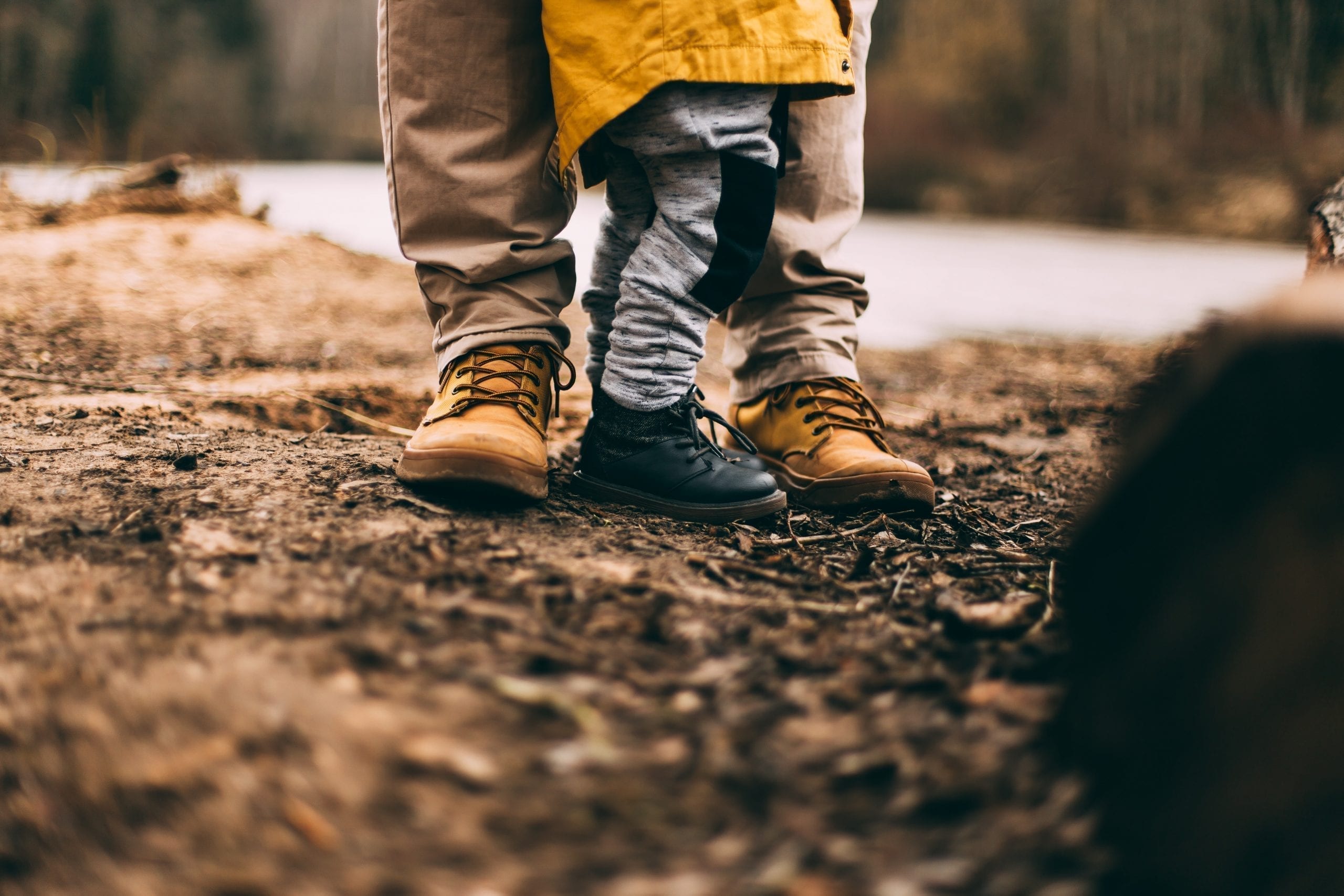