Eden Benton, a 16-year-old high school student from South Carolina, is proof of the adage, “God can use you no matter your age.”

She’ll be the first to tell you that she has had a great upbringing. Benton grew up in a Christian home and was raised in a healthy church. She surrendered her life to the Lord at an early age when her church experienced revival. But she knew there were next steps to the Christian life.

Perhaps that knowledge, ever in the background of her mind, was the reason her heart was so ready to take seriously the challenge from Pastor Johnny Hunt at the end of his sermon during an Xtreme Winter student event.

“As he was preaching, he talked specifically about, ‘Who are you bringing to heaven with you?’” she said. “And I thought about that because so many of us are believers, but we don’t take it to the deeper level which the Lord calls us to. That question just got me thinking about how God could take my ordinary life and do extraordinary things with it. He meant for us to go and make disciples of all nations, and so I just started truly using that question to not just think about who I want to take to heaven with me, but to truly do something about it.”

Benton remembers the night when God wouldn’t allow her to ignore His Spirit’s promptings.

“One night, I’d text messaged a friend of mine, and she actually said to me, ‘Hey, I need some advice, and it’s too long to text,’” Benton recalled. “As she was talking, the Lord told me, ‘This is the one.’”

As her friend spoke into the phone, the Holy Spirit was speaking into Benton’s heart. It was as if God was giving her play-by-play insight as to the real matter that needed to be addressed.

“It was as if God was telling me that what she was missing is something that wasn’t of this world,” Benton said. “I could just sense that she was searching for peace and love in all the wrong places. I knew that God had opened her heart for me to share Jesus.”

So that’s what she did. And she did so in a way that she would encourage anyone – particularly other teens – to use. Short and simple.

“A lot of times we really bulk up the gospel and make it so complex,” she said. “But it’s so simple. The Lord makes it so simple, and I shared my story of how I’ve not been perfect and how I’m still not close to perfect, but the Lord changed my life. And I told her the same way I allowed Him to do it, she could, too.”

Benton led her friend to Christ on the phone while sitting on her closet floor. But what’s even sweeter is that she got the chance to experience almost immediate fruit from her friend’s surrendering to Jesus.

“A week later, she called me again and was like, ‘Eden, the Lord’s given me such a peace about everything.’ And to me, that’s just evidence that the Lord just changes everything once He comes into your life,” she said.

Benton had another “one” before this, friend, though. She and her mom felt the Lord had placed another of Benton’s peers on their hearts about a year before when their church went through its own Who’s Your One? campaign. But she described this friend as being “so cold to the gospel. She doesn’t believe in love of any kind, and she has so many struggles.”

That friend has since moved away for college, and the distance has made it difficult to connect because her friend knows when the phone rings and Benton’s number pops up, it will likely be a conversation about the gospel.

“I don’t stop praying for her, though,” she said. “She’s heard the gospel, and she knows we love her and care. We’re not going to stop trying to love on her and get her to Jesus.”

Benton hasn’t stopped sharing the gospel with anyone she can, but particularly with friends already in her sphere of influence. So far in 2021, she’s led three people to Jesus. Two are personal friends, and one is a co-worker. Each time she sees the spiritual light come on for someone she loves, it stokes her fire.

“Once you see it happen first-hand that the Lord can change anyone, and sometimes people you may have thought would never come to know the Lord, it just motivates you,” she said. “It makes you want to do it again and again. It makes you believe that this can happen for absolutely anybody.”

Benton wants to be a catalyst to help others like her get over their fears and hesitancy about sharing the gospel with peers.

“Getting over those first fears of what people are going to think, or is my popularity on the line, I think is the first step toward being successful at evangelism at our age,” Benton said. “We’re the social media age. And let me just say, it’s definitely not popular to be 16 years old and on fire for the Lord and living a life that’s evidence of it.”

She wants people her age to know that being a Christian is more than just posting a Bible verse on your Twitter or Instagram bio. She wants them to know that, despite the fact that secular society can make things hard, living for Jesus in a radical way as a young person isn’t impossible.

“I’m 16 years old, and I go to a public high school,” she said. “I’m a cheerleader, and I am living proof that it is possible to be a teenager in this generation and live a life fully devoted to the Lord and sold out to Him for His glory. I believe I’m definitely not the only one who can do that.”

To hear more about Benton’s story, visit WhosYourOne.Com. She also joined the Evangelism with Johnny Hunt podcast to share her story. 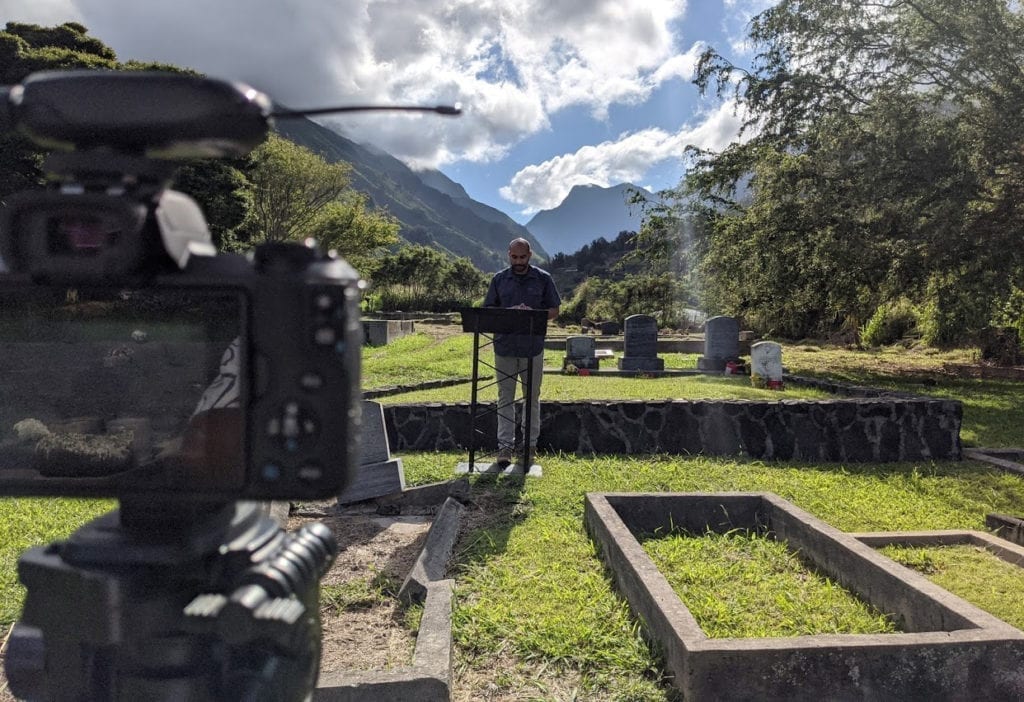 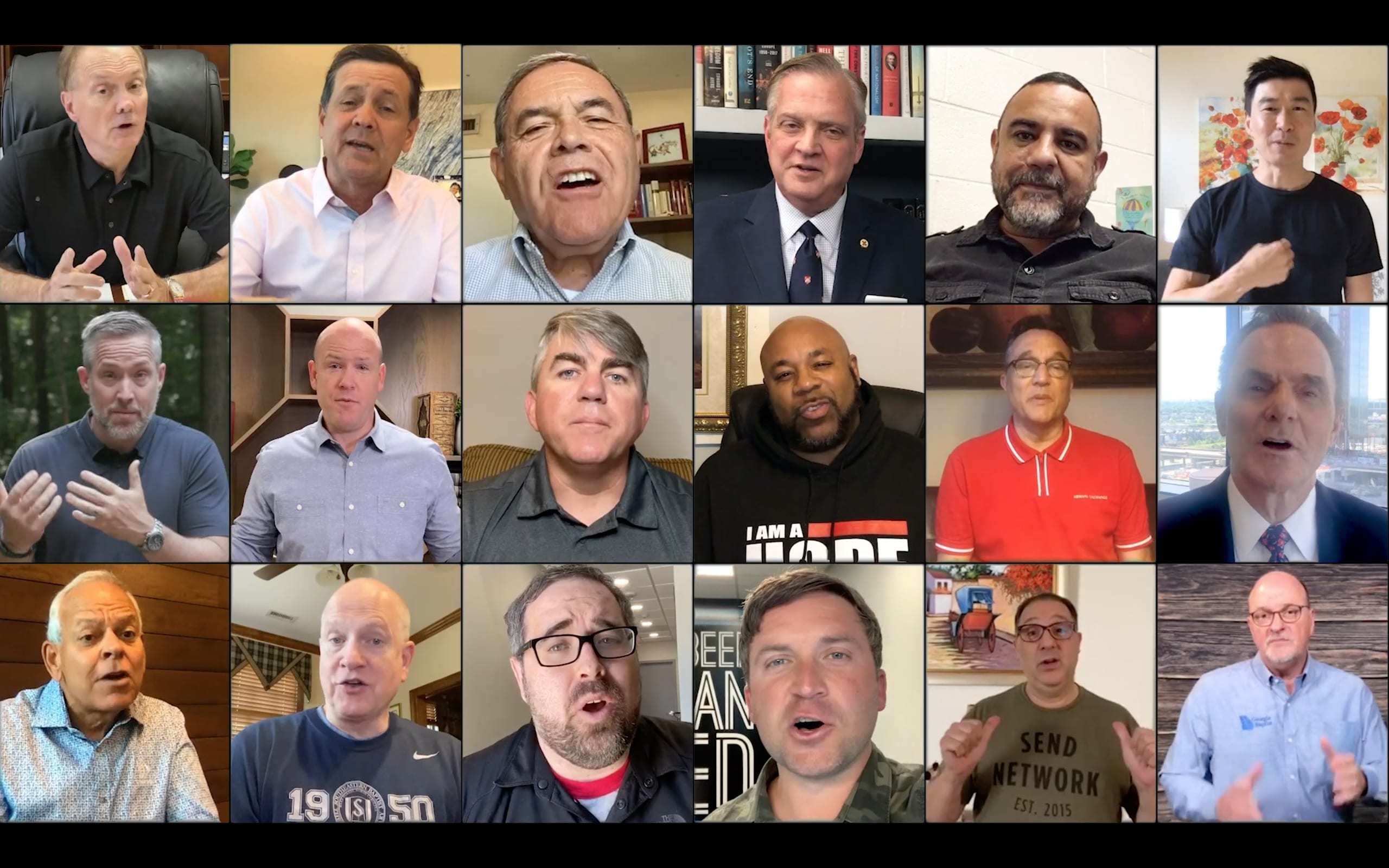