On Oct. 5, faithful evangelist, donor and international businessman Richard Headrick went home to be with the Lord at 77 years old after battling cancer.

Headrick served as a lifetime donor and supporter of Southeastern Baptist Theological Seminary (SEBTS). On March 23, 1998, SEBTS established its second endowed chair, the Richard and Gina Headrick chair of world missions, continuing his legacy in the lives of students, faculty and staff today.

Headrick’s love for the gospel and for people of every nation to know Jesus cannot be overstated. President Danny Akin recounted a two-week trip he and his wife, Charlotte, took with the Headricks to Southeast Asia to visit SEBTS students serving with the International Mission Board. That trip deeply impacted Akin in his first years serving as president of the seminary and shaped his vision for SEBTS to be committed to the Great Commission.

“Richard Headrick was one of the most passionate soul winners I have ever known,” said Akin. “He would talk to anybody and everybody about Jesus. He also had a love for missions that led him and his precious wife, Gina, to traveling the world sharing the gospel and encouraging missionaries on the field. I will miss Richard, but I am grateful I will see him again. And equally wonderful, I will see the many souls that are in heaven because of his faithfulness to tell others about the Jesus who saved and transformed his life.”

Headrick’s love for the Lord was seen in the way he generously gave of his resources for the sake of the gospel. An international author and speaker, Headrick served as the CEO of The Headrick Companies, Inc. in Laurel, Miss. He served on multiple boards for a number of organizations, including Bailey Smith Ministries, Kendrick Ministries, Alpha International Ministries and Grace International Outreach. The Headricks founded Hope Foundations, the Good Samaritan Foundation, Hellfighters International and Mission at the Cross Ministries. In 2012, the couple helped produce a full-length film titled “Last Ounce of Courage.”

After being radically changed by the gospel in 1989, Headrick lived a life fully dedicated to sharing that message with others. Headrick founded Hellfighters International in 2005, a ministry that seeks to reach all types of people with the gospel. One of the four ministries under the Hellfighters International umbrella is Mission of the Cross, which provides work for the homeless, former convicts, alcoholics and drug addicts. These men are provided jobs restoring damaged motorcycles while the Lord restores their hearts and lives through the influence of those like Headrick and others.

Headrick had a heart for men like this. He understood what it’s like to live on the fringes of society. Throughout the 1980s, Headrick spent much of his life searching for wealth and getting in trouble with the law. He literally risked his life for the treasures in the jungles of Central America. It’s undeniable that even in his rebellion, the Lord was relentlessly pursuing Headrick. According to a Baptist Press article from 1998, Headrick recounted his numerous near-death encounters: three airplane crashes, two ambushes while searching for gold, and terrorist bombings in Peru, just to name a few. However, the Lord gripped Headrick’s heart in 1989 with the gospel, and it changed him forever.

George Robinson, the Bailey Smith chair of evangelism and associate professor of missions and evangelism at SEBTS, recounted with fondness the years he spent serving alongside Headrick at motorcycle rallies in Sturgis and Daytona. Robinson met Headrick in 2000 while serving as a missionary with his wife, Catherine, in South Asia. Robinson now sees that their meeting in 2000 laid the groundwork for 20 years of ministry together.

“From his ministry to the church I pastored in Georgia to partnering with me to develop networks of evangelistic church planters in dozens of countries to evangelizing bikers together at the Sturgis and Daytona bike rallies, Richard (aka “Rhino”) exuded a passion for Jesus and for those who are far from God,” said Robinson. “In March while working his Hellfighters Biker Ministry tent, Richard and I were able to pray with many and lead a young biker to faith in Jesus. I am grateful for his life. Mine is richer because of his.”

“Holding the Richard and Gina Headrick chair of world missions is a joy not only because of its priority on reaching the world, but also because the donors themselves have so passionately given themselves to evangelizing their neighbors and the nations,” said Lawless. “To read Richard’s life story is to read of the transforming, powerful grace of God evident in a man of unusual faith and passion for Christ.” 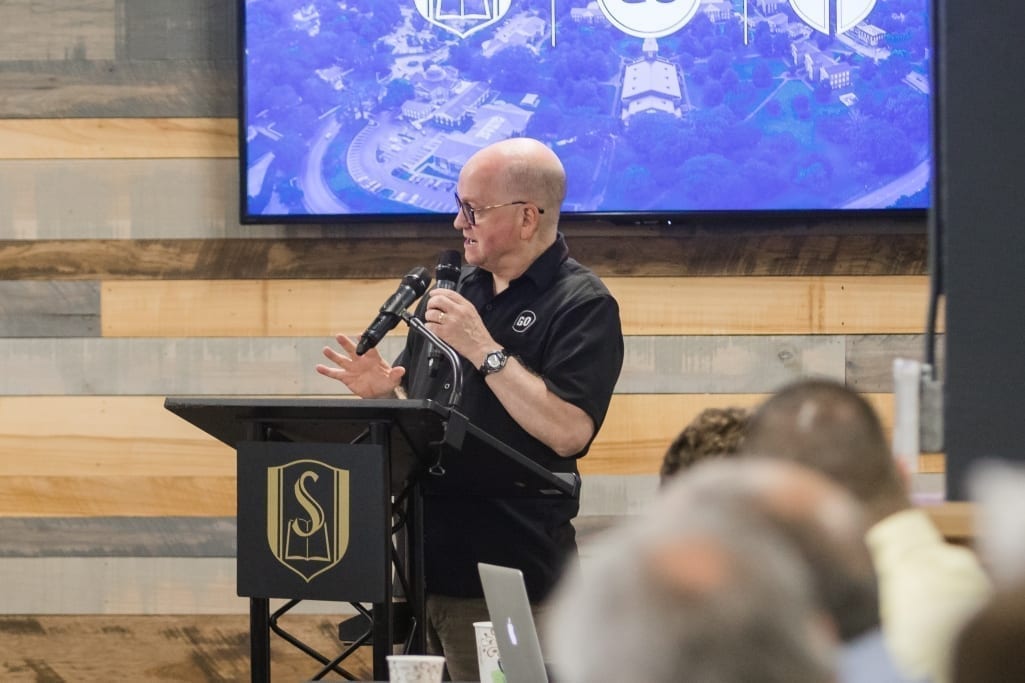