Pastors and other leaders across the Southern Baptist Convention (SBC) are voicing their frustration about the lack of progress of the SBC Executive Committee’s (EC) work toward an independent third-party investigation of issues related to sexual abuse.

The EC is currently in the midst of its second seven-day extension to finalize an agreement with a special Sex Abuse Task Force who has been charged with overseeing the investigation by Guidepost Solutions, the organization conducting the investigation. The EC is scheduled to meet virtually tomorrow.

Many of the statements released have been on official letterhead or have been accompanied by official communications from state or associational leaders. The theme among them all: requesting the SBC EC to fulfill the will of the messengers.

SBC EC president emeritus Morris Chapman issued a statement Sept. 30 evening – a rarity for the former Southern Baptist president (1990-92) and EC president (1992-2010) – saying the Cooperative Program (CP) “will only ever be as strong as the trust our churches have in the administration of those funds by the entities they own as their sole member.” Chapman went on to say that “the Executive Committee must prioritize every effort that maintains the sacred trust of the churches and their messengers.”

Ernest Easley, another former chairman and retired pastor, reminded current members that they have “been given a sacred trust to follow the marching orders from the SBC messengers.” Easley also called them to “march and stop eroding the trust” that they had been given.

On Sept. 28 and 29, the presidents of the six SBC seminaries took to Twitter to express their frustration and desire for the EC to “honor the will of the messengers” after a motion was passed at the 2021 SBC annual meeting calling for the investigation.

Albert Mohler, president of The Southern Baptist Theological Seminary in Louisville, Ky., said, “But if the authority of the Southern Baptist Convention means anything, it means that the only real decision is how to comply fully with the mandate of the messengers, not whether.” Mohler went on to say it must not be a matter of sentiment, but a matter of action, “and time has run out.”

Danny Akin, president of Southeastern Baptist Theological Seminary in Wake Forest, N.C., tweeted throughout the five-hour EC virtual meeting Sept. 28. In one of the tweets he said, “The EC should absolutely honor the will of the messengers of the SBC in June. That goes without debate in my mind.”

Adam Greenway, president of Southwestern Baptist Theological Seminary in Fort Worth, Texas, released a thread of 12 tweets he said he took “no joy in typing.” He wrote, “I believe there is a crisis of confidence facing the @SBCExecComm right now. There must be a path that will clearly and unambiguously fulfill the direction of the messengers. But it seems something must give. No more deferrals/delays. Let’s get this right and get it done.”

New Orleans Baptist Theological Seminary President Jamie Dew wrote, “Like other entity leaders, I have been reluctant to address the situation over the sexual abuse task force and the executive committee. But this has devolved into a full-blown crisis and I urge the @SBCExecComm to follow the clear directive of the messengers of the #SBC21.”

Calling for immediate action, Jeff Iorg, president of Gateway Seminary in Ontario, Calif., said, “…two things are clear. First, the messengers intended a full investigation of the EC on these matters. Second, trust is eroding every day that investigation is hindered. Despite the significant legal issues being debated, the EC must find a way to fulfill the directive of the convention – without further delay.”

Jason Allen, president of Midwestern Baptist Theological Seminary, shared a video clip of him speaking at the end of the seminary’s Sept. 29 chapel service where he outlined the issues and instructed students on how they could pray for leaders and encourage EC members to follow the will of the messengers. He also tweeted, “It’s an extraordinary step for an SBC leader to speak publicly about matters before other SBC ministries, but these are not ordinary times. That’s why I share this sentiment & have communicated so publicly the last 48 hrs. EC, I’m praying for you. Let’s get this right – & fast.”

In South Carolina, 25 pastors issued a letter to the SBC EC Sept. 30 calling on them to waive attorney-client privilege or face consequences. Their churches are many of the top CP-giving churches in South Carolina. In 2020, collectively, the churches gave more than $3.8 million through the CP.

The pastors, including EC board members Dwight Easler and David Sons, said if the EC fails to comply, they will lead their churches “to consider how to reallocate funds away from the Executive Committee while continuing to fund the cooperative mission and education endeavors that have always made Southern Baptists great.” Task force vice chairman Marshall Blalock was also among the signatories.

In Texas, 32 pastors from the Southern Baptists of Texas and the Baptist General Convention of Texas released a letter Sept. 30 to the EC imploring them to “waive attorney-client privilege.” EC members Chris DuPree and Jared Wellman were included in those signing the letter.

More than two dozen Tennessee pastors – including Grant Gaines, the maker of the original motion – released a statement calling for the waiving of privilege. The statement also said that not doing so would lead them to have “unprecedented conversations” with their churches regarding stewardship and cooperation.

Kentucky pastors issued a statement through the state convention in conjunction with executive director-treasurer Todd Gray saying that they “stand definitively behind the messengers” and “echo the disappointment” expressed by other state conventions over the lack of swift action.

Nearly 50 pastors from Mississippi stated that anything short of following the will of the messengers will be a “severe breach of Baptist polity and will display a complete lack of Christ-like compassion for the victims of sexual abuse.”

Maryland-Delaware pastors expressed grief “that more than 100 days have passed since the convention without any serious effort of the president and chief executive officer to lead the trustees to act swiftly and in accordance with the will of the messengers.”

Statements from pastors in Indiana, California, Louisiana, Georgia, Alabama and North Carolina have also been posted.

On Sept. 28, the officers and trustees of the Baptist State Convention of Michigan (BSCM)  passed a resolution calling on the SBC EC to follow the will of the messengers. Tim Patterson, executive director of the BSCM, said the group plans to take the resolution to the convention’s annual meeting in November.

The lead team of the Jacksonville (Fla.) Baptist Association also posted an approved resolution on Twitter calling for SBC EC to follow the will of the messengers.

In Florida, Tommy Green, executive director-treasurer of the Florida Baptist Convention, released a letter to pastors via social media Sept. 30. In it he said, “I join with you in deep concern and frustration over the recent activities of the Executive Committee in reference to the directive of the SBC Messengers. My prayer is that this matter will be resolved quickly.”

Green said, “I have received inquiries in reference to Cooperative Program giving. The question focuses on – can we bypass an SBC entity with our CP gift? The answer is that the Florida Baptist Convention exists to serve the churches of the Florida Baptist Convention. If a church instructs us in their giving to not fund a certain part of the total CP program, we will do exactly what the church requests. You can communicate this desire in your CP remittance sheet that we receive with your CP gift.”

Todd Unzicker, executive director-treasurer of the Baptist State Convention of North Carolina, also released a letter to the SBC EC on Sept. 30. He wrote, “To date the SBC Executive Committee has not agreed to follow the expressed will of the messengers. This resistance has damaged trust within our family of churches, and far worse, has devastated survivors of sexual abuse.”

Oklahoma interim state executive director Joe Ligon shared the concern of Oklahoma Baptists in a letter to churches and pastors stating that “Oklahoma Baptists affirm the will of the messengers regarding this motion.”

Rick Lance, executive director of the Alabama State Board of Missions, wrote, “We have the highest level of frustration I have ever witnessed in the life of the SBC.” He went on to say, “I trust and believe that by the end of the next SBC Executive Committee meeting on Tuesday, October 5, the wishes of the SBC messengers will have been honored.”

Jesse Ricones, executive director of the SBC Hispanic Council, released a statement on behalf of the group urging the EC “to comply with the clear and precise directive that was approved, almost unanimously”.

Statement released from the SBC EC

The SBC EC released a statement Sept. 30 saying, “The Executive Committee is committed to fulfilling the will of the messengers including by granting appropriate access to investigators to the documents and information they request to do their work. There is no attempt to defy the messengers or hide information from investigators.”

They wrote, “The SBC Executive Committee leadership also appreciates the continued engagement & active interest of Southern Baptists nationwide in this process. However, we are concerned that too many of the statements issued reflect disinformation, half-truths, and mischaracterizations of the motives and actions of the Executive Committee.”

The spokesperson for the EC said, “We are confident that the intent of the messengers to the 2021 annual meeting can be accomplished without risking unnecessary damage to the Southern Baptist Convention.”

On Sept. 28, the EC voted to extend discussions between the EC officers and the Sexual Abuse Task Force for seven days.

The full statement from the SBC EC is below:

“With one collective voice our Convention is expressing its concern for victims of sexual abuse and that is a very good thing. The SBC Executive Committee leadership also appreciates the continued engagement & active interest of Southern Baptists nationwide in this process. However, we are concerned that too many of the statements issued reflect disinformation, half-truths, and mischaracterizations of the motives and actions of the Executive Committee. The Executive Committee is committed to fulfilling the will of the messengers including by granting appropriate access to investigators to the documents and information they request to do their work. There is no attempt to defy the messengers or hide information from investigators.

The Executive Committee has been working to get the Task Force to consider a process that will be thorough, transparent and allow for the full truth to be published. We are confident that the intent of the messengers to the 2021 annual meeting can be accomplished without risking unnecessary damage to the Southern Baptist Convention. For instance, the Task Force admits their process may cause the loss of the Convention’s insurance.

Our prayers are for an outcome which meets the needs of the Convention to know the full truth and allows our trustees to fulfill their fiduciary duties, in compliance with the law. We hope for an ultimate decision which merits the vast majority of the Board’s support so that all Southern Baptists can be confident in the final product. Those who appeal alone to divine intervention to protect the Convention also wear safety belts when they drive and insure their vehicles and their homes.” – SBC Executive Committee Spokesperson

The Sexual Abuse Task Force published an udpate Oct. 1, saying they “have remained firm that waiver of privilege is the clear directive of the Messengers, and we believe the outcry of Southern Baptists this week has reinforced that position.” 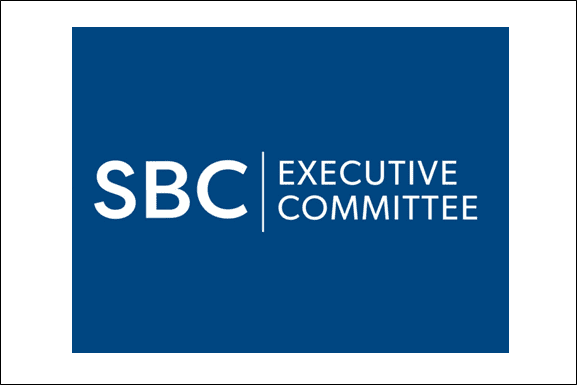