Southern Baptist pastors in several states are concerned that governmental restrictions on reopening the economy might unduly impact churches.

Illinois Baptist State Association (IBSA) Executive Director Nate Adams said many pastors believe the five-phase “Restore Illinois” plan, released May 5 by Gov. J.B. Pritzker, is too cautious. It limits gatherings to fewer than 50 people until a COVID-19 vaccine or effective treatment is developed.

“The greatest concern seems to be how long it will be and how high the bar is for gatherings of 50 or more,” Adams said.

Meanwhile in Virginia, a reopening plan set to take effect May 15 will allow churches to hold in-person services with 50% capacity – an indication Gov. Ralph Northam was responsive to an ecumenical push for modifications to executive orders banning public gatherings of more than 10 people.

Brandon Pickett, associate executive director of the SBC of Virginia, said he was thankful Northam was receptive to specific input and recommendations from both Southern Baptist state conventions.

“Our main thing was, first off, we understood the seriousness of the pandemic, that our churches were autonomous but also responsible, and that we really wanted to ask the governor to make sure to trust the people of his state and the churches of his state,” Pickett said. “And especially with freedom of religion, that our churches could be free, safe and responsible all at the same time.”

Alliance Defending Freedom (ADF), which has advocated successfully for churches in other states during the pandemic, is counseling the IBSA on whether a lawsuit should be filed in Illinois.

“We are very concerned about the state’s reopening plan in Illinois, as well as some other states around the nation,” ADF senior counsel Ryan Tucker said May 11. “You can’t treat religious gatherings less favorably than other similar, secular gatherings. Certainly, we appreciate the efforts of officials to protect the health and safety of the population, but the government cannot trample on our fundamental freedoms in the process.”

Tucker said ADF is concerned with government restrictions placed on churches in several states, including Washington, California and Indiana. The organization has also advocated for church worship rights in Mississippi, Kansas, North Carolina and Tennessee during the pandemic.

Under Northam’s “Forward Virginia” plan, although a ban on non-religious gatherings of more than 10 people remains in effect, churches can resume worship with in-person services at 50% of capacity as early as May 17, with family groups maintaining social distance of at least six feet.

The reopening plan, released May 8, came after nearly 200 Virginia pastors representing various denominations sent a letter to Northam last week. They thanked the governor for his efforts and noted they had been praying for him, while asking that executive orders be modified to allow “once-weekly gatherings of religious organizations, provided that reasonable public-health precautions are taken.”

“These gatherings,” the pastors wrote, “are one of the means God uses to heal and restore our souls – they are part of God’s treatment plan for the spiritually sick. The longer the government bars Christians from meeting, the more damage is done to the spiritual well-being of Virginians in need of spiritual care during this difficult time.”

The letter noted that “with each passing week … the government pushes Christians closer to the point where they must choose to sin against God and conscience or violate the law.”

Last month, Lighthouse Fellowship Church of Chincoteague, Va., sued Northam after its pastor was issued a criminal summons when 16 people attended a worship service in a sanctuary the non-Southern Baptist church said has a 225-person capacity. Vice President Mike Pence told Fox News Radio the action “was just beyond the pale,” and the U.S. Justice Department filed a statement of interest in support of the church, saying “there is no pandemic exception to the Constitution and its Bill of Rights.”

Beginning Friday, phase one of “Forward Virginia” allows public and private gatherings, including church worship, though limited to 50% capacity.

But in Illinois, Pritzker’s reopening plan could limit church gatherings into 2021 by requiring “a vaccine or highly effective treatment [be] widely available” before any groups of 50 or more can meet.

“It’s very uncertain when a vaccine may be available,” said Adams, IBSA’s executive director. “To reach phase five, the current plan says that there should be a vaccine or highly effective treatment widely available, or the elimination of any new cases over a sustained period. That’s the high bar that seems to most people that would be well into next year, or longer.

“We are in discussion with Alliance Defending Freedom about when and under what circumstances further action might be warranted. We’re going to look to ADF’s counsel on how best to move forward.”

Earlier this month, a federal district court ruled against another non-Southern Baptist church, Beloved Church in Lena, Ill., which had sued to block Pritzker’s stay-at-home order when it was extended through the end of May.

Adams plans to host a town hall May 14 to hear how churches statewide plan to reopen under “Restore Illinois” guidelines.

“That’s where our focus has been so far, in assisting churches in innovating,” Adams said, “and keeping an eye on potential religious freedom issues. … We haven’t yet come to the point where we felt like there were specific cases of religious freedom discrimination, but we are monitoring those carefully.”

Tucker said the question is whether reopening plans target churches separately from other groups or businesses.

“Any time you single out the church, that’s an immediate red flag,” Tucker said. “If the order treats the church worse, then that in and of itself is grounds for a possible legal challenge.”

He said if schools, theaters and retail establishments are allowed to open while churches must remain closed, “that creates a concern that must be explored.”

Although “Forward Virginia” is set to begin Friday, in response to requests from government officials in heavily populated northern Virginia counties and cities where more COVID-19 cases have been detected, Northam issued Executive Order 62 on Tuesday, allowing but not requiring those jurisdictions to delay implementing phase one for up to two weeks.

In certain specified northern Virginia jurisdictions, Executive Order 62 allows local authorities to prevent until May 28 “all public and private in-person gatherings of more than 10 individuals.” The order applies to several jurisdictions, including Arlington, Fairfax, Loudoun and Prince William counties, as well as other specified cities and towns.

Pickett said the SBC of Virginia and the Baptist General Association of Virginia (BGAV) have communicated with Northam’s office since April regarding churches’ concerns.

“And we are actually holding multiple pastor forums this week through Zoom to talk to pastors, to promote conversations and questions, and think through the best, safest way to open up,” Pickett said. “Not that it has to be this week, because just because something can be done doesn’t always mean it should be done.”

BGAV Executive Director John Upton also said Northam has been responsive to churches’ needs, although directives have not always been clear.

“It’s more about clarity,” Upton said. “When these executive orders come out and directives are given, we aren’t quite sure at times how to interpret them, but he’s been good about getting more specifics to us. Our churches right now are feeling OK about what they’ve been asked to do.

“I haven’t had anybody protest to me directly. And much to [churches’] surprise, with the drive-in church or with the online service, they’ve been able to take the gospel to a much broader audience, many of them have, than they ever anticipated.”

“They still see this as a witness, not only caring for the congregation but caring for the community around them,” Upton said Monday. “Most of the conversations I’ve had even today have been how can we do this safely, not how soon can we do it.” 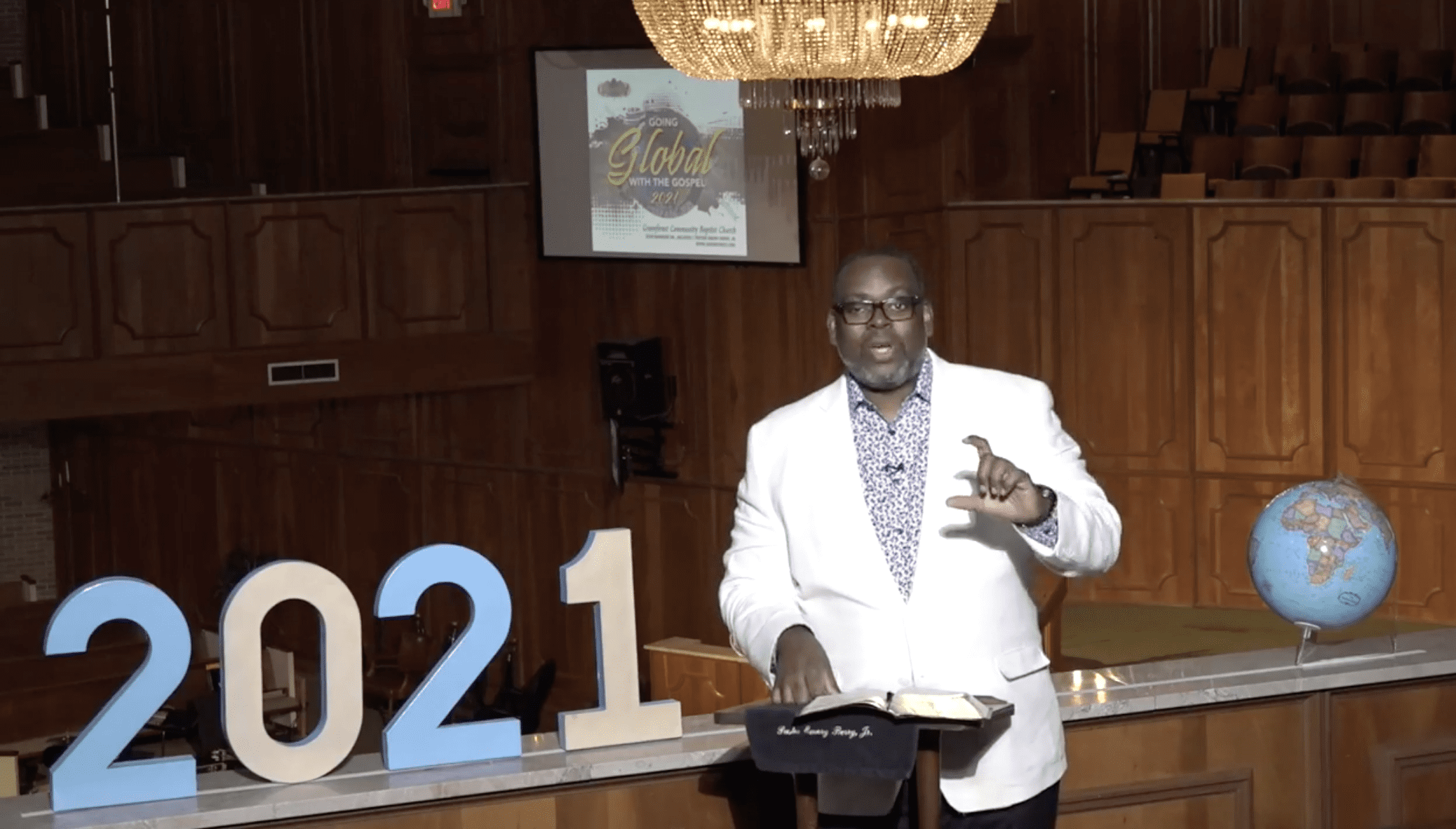 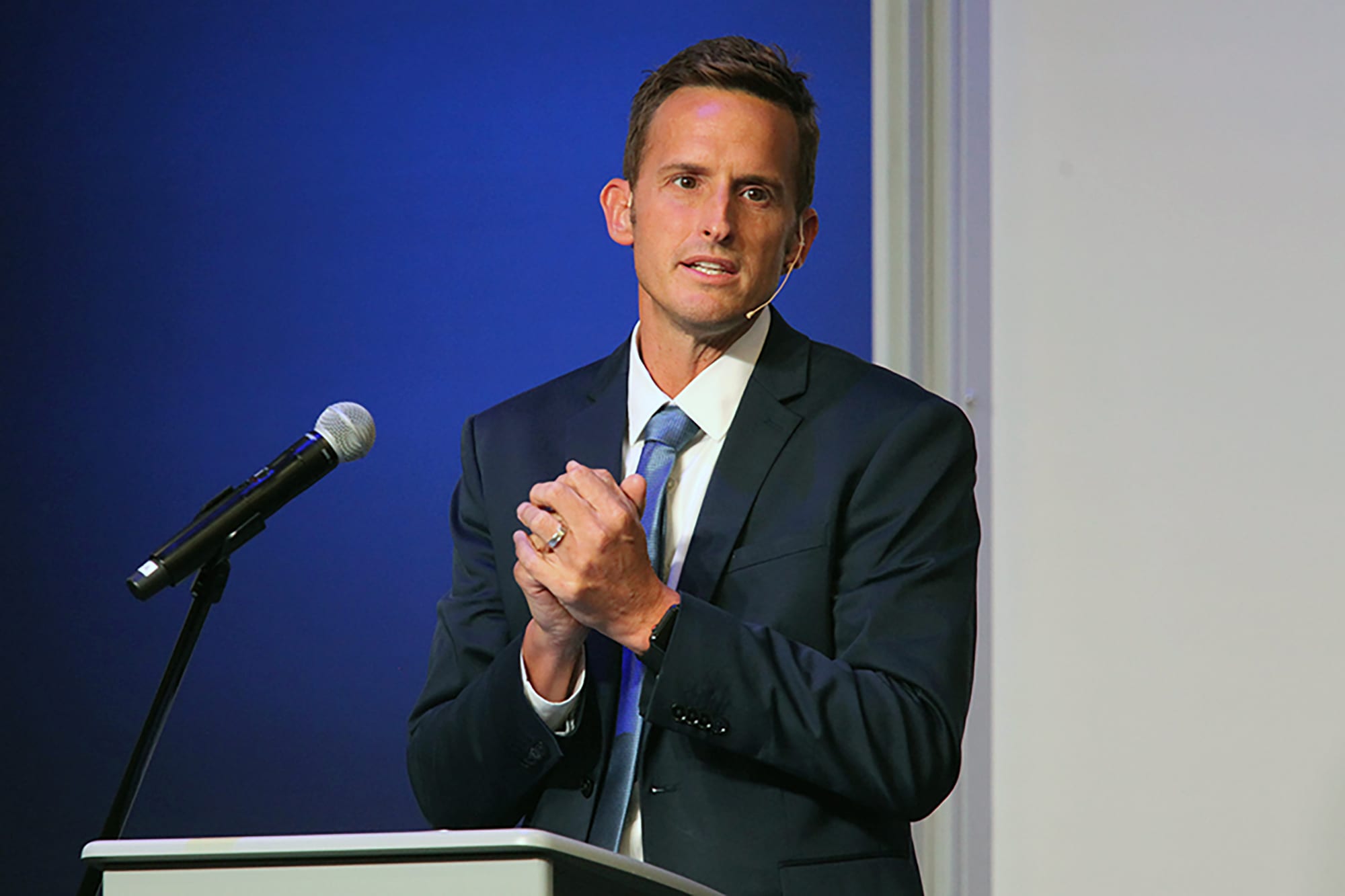