Central Church partnered with community leaders to offer its campus as a site for a vaccine drive, where childcare staff and volunteers from local churches could receive the vaccine after the state of Texas made it available to those who work with children.

“I could sense the feeling of hope that it brought to people both on a personal level and on a ministry level,” Bethancourt said.

When the state of Texas made the vaccine available to teachers and those who work with children, Bethancourt said his church reached out to the local health department to see if church childcare volunteers fell under that umbrella. After receiving confirmation, the church staff announced the news to the congregation.

Central Church member Richard Mann, who serves as the local fire chief, suggested the church go even further by offering to host a vaccine drive on its campus for childcare workers from area churches.

Those eligible for the vaccine had generally received it through one central location hub at a local event center, but more recently Mann’s fire department had helped organize several “vaccine strike teams,” that would oversee smaller vaccine distribution operations at other locations.

Groups of people who had been vaccinated by the strike teams included local government officials as well as teachers and school staff. Central Church announced the plan for the vaccine drive to the congregation and spent just over a week planning and advertising the event.

Around 40-50 people normally would be vaccinated in a day during one of these drives, but Bethancourt said the church wanted to be ambitious and plan for 100 people to be vaccinated.

By the end of the day at Central’s vaccine drive, 217 people had received the vaccine.

Bethancourt said the event was promoted to more than 40 local churches through both a local pastors network and the local Baptist association, but the church did not expect more than double the amount of participants they had planned for.

“It just shows people are hungry to get back to serving the Lord, and they know this could be a step towards helping them to do that more quickly,” Bethancourt said.

The vaccine drive drew a lot of positive attention and affirmation from the city as many local news outlets covered the event, and many of those receiving the vaccine offered sincere thanks to the church for making the event possible.

Bethancourt said he feels a special call to help lead Central Church through the pandemic, since he started as pastor near the beginning of the crisis last April.

“I call myself a ‘pandemic pastor’ because I got my start in our community during the pandemic,” he said. “One of the things we’ve done throughout the entire pandemic is to regularly discuss things about the virus, the vaccine and the adjustments we’ve had to make as a church in front of our congregation.

“It is my conviction that if local churches are not talking about the coronavirus and the vaccine, then we are the only place where people are not discussing these issues. We have a stewardship responsibility to shepherd our people through every dimension of these issues in light of the gospel so they can make wise decisions that enable them to live on mission, and I think we accomplished that with this vaccine drive.”

Bethancourt said the whole experience was a way to serve both the local community and fellow churches in their ministry during this unique time in history.

“When you see our church getting to serve other churches so that we can get people back to the front lines of ministry more quickly, it’s very fulfilling,” he said. “What better way to start pursuing a new normal as a community than to come together to host a vaccine drive that will allow churches to serve more children in our community. That’s what the Church is all about is creating opportunities to reach people with the gospel and if this helps us to do that then it’s a big win for our community.” 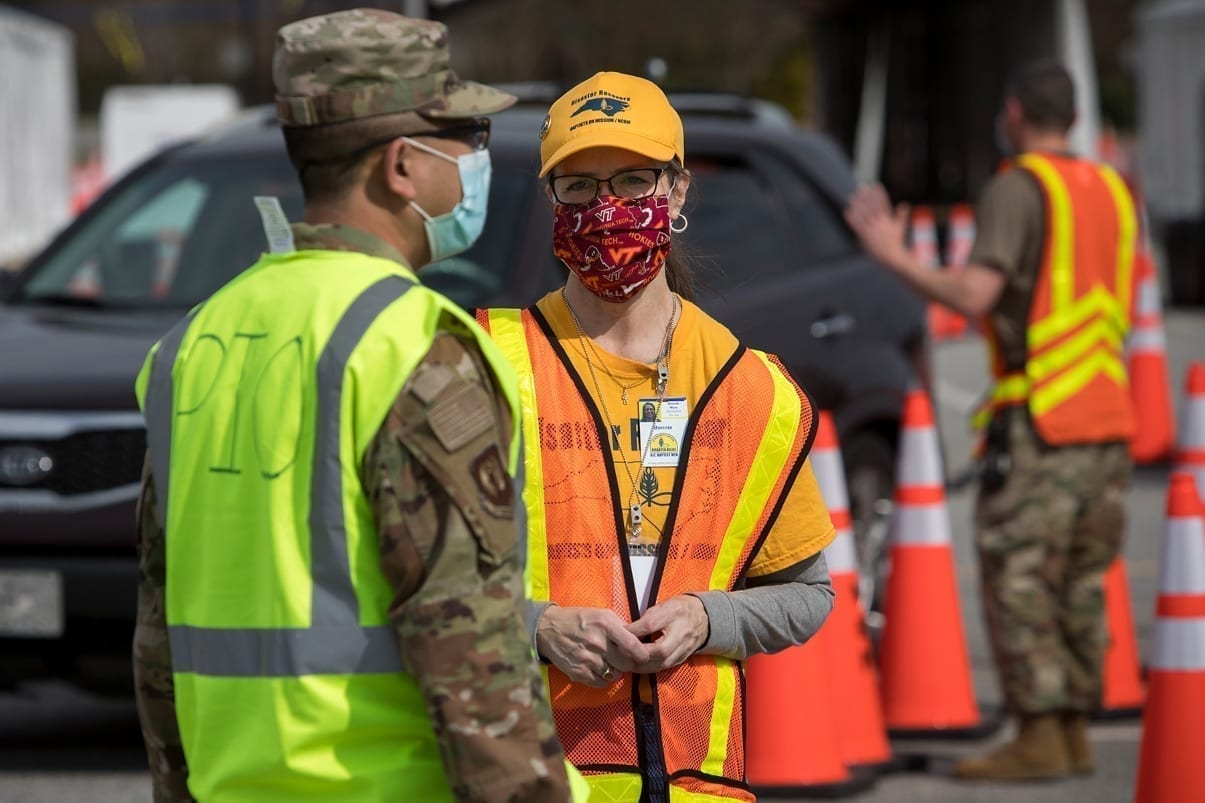